Storks of the World

One small point omitted yesterday, Val Prince seemed highly amused at the numerous spelling mistakes throughout this Blog which she informs me "make her laugh". She is not alone in this as Sheila Edwards also ridicules me mercilessly about my least favourite subject. It's great to know your making somebody happy, but ah yes, can either of them tie a bowline? I'll just run the 'spell check'. 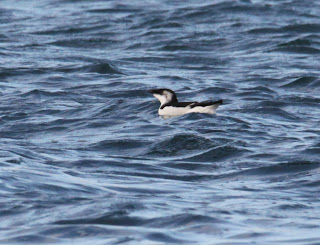 The good thing about 'spring tides' hereabouts is that high water, give or take an hour coincides with the free bus pass kicking in at 09-30. Spending a little more time in the cemetery this morning than usual, to no avail, saw me arrive at Ferry Bridge just as the rate of the water at Small Mouth was speeding up. Almost immediately the Razorbill above hove into view and while not even an uncommon bird at Portland (including the harbour) they don't often stray into the Fleet. There was some evidence of migration as numerous Swallows passed overhead, while from the same direction came the calls of Pied Wagtail, Meadow Pipit, Linnet and Skylark. A count of the latter reached 32, while Linnet numbers were in the hundreds with the others not even counted. Disappointing were the number of Waders with Dunlin (6), Ringed Plover (4), Turnstone (5) and a single Oystercatcher putting the totals in the abysmal category . Saving the day for me at least were the Mediterranean Gulls which only numbered c9, most being adult now in 'winter plumage and minus their dark hoods, along with one younger bird. 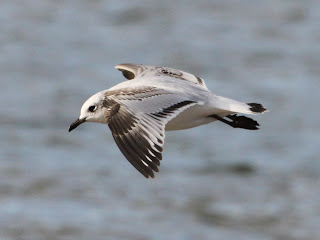 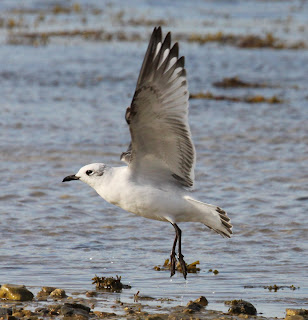 which is not intended to bore readers, only 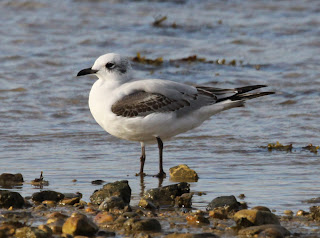 I just love the things and think everyone else should. 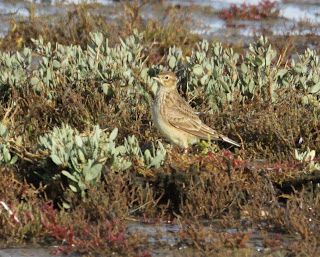 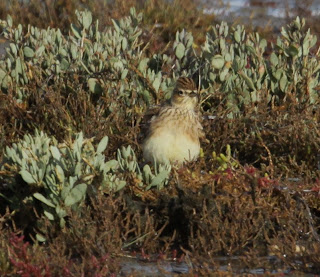 one or two did land to feed for a while, but soon continued their journey towards the south east.

and finally, having 'dipped' the White Stork both yesterday and the day before, I had a quick look through the photos archive and came up with a few exotics:- 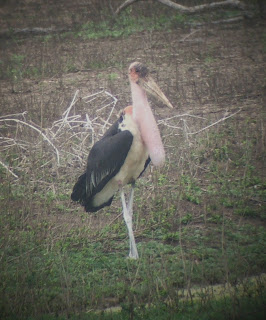 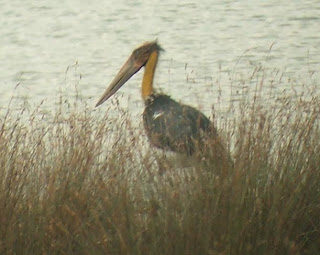 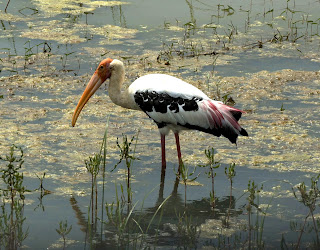 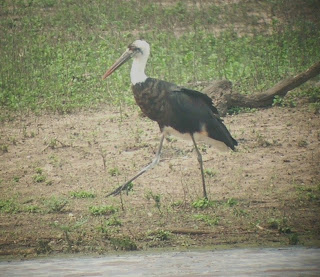 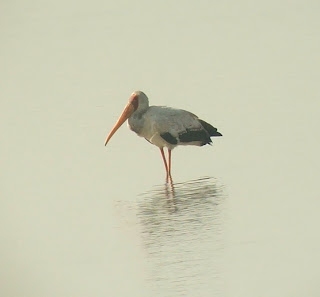