The Mountain Comes To Mohamed

By noon today I was already seriously considering which photographs to select from the archive to publish in today's post. Yesterday's respite from the awful weather was extremely short lived as heavy rain and strong winds had already returned before bed time. All through the morning both wind and rain persisted, not allowing even an inkling of a chance to venture out, but that's when the 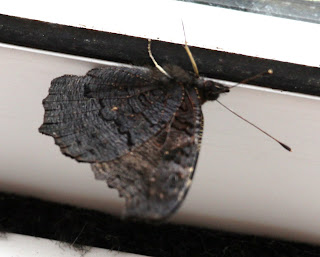 Peacock Butterfly arrived in my bedroom. Gently decanting it into a specimen pot, I then released it through the back door but it was reluctant to fly away before an 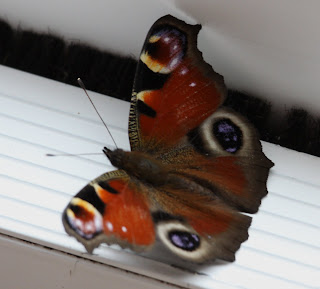 'open winged' photo call. Opening the door also led to hearing a couple of Chiffchaff 'calling' from neighbouring trees but being continually blanked out by Corvide activity overhead. At least c6 Carrion Crows were obviously being upset by something, and it wasn't long before a 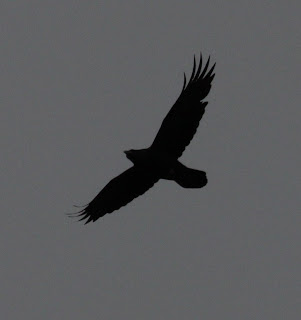 Raven appeared circling the rooftops. Not in any hurry to leave the area, despite the mobbing, I though it had maybe happened upon a meal. 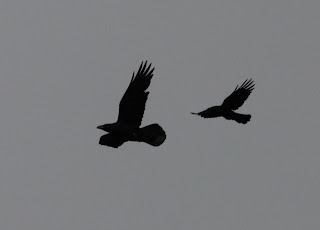 It lingered for a full 10 minutes all the while being pursued, eventually flying off to the south. Was there now any reason to venture out with all this activity on the doorstep? At 13-00 this question was answered as the dark rain clouds started dissipating and much of the sky turned blue, with all of this coinciding with the top of a high spring tide.

Walking through the cemetery more Chiffchaff were vocal, as were a couple of Goldcrest and a few Chaffinch while my arrival at Radipole coincided with a lady feeding the birds. I found her story a little humbling, as she told me how it had become her Sunday 'duty' to buy 6 loaves of bread to feed the wildlife. Not only that, she continued by telling me that after only a couple of visits she discovered that the Gulls and Wildfowl were not at all keen on the 'cheap'Asda bread but much preferred the better quality of Tesco . This she told me was not only more expensive but also entailed a much longer journey to get the bread. Whether the reader subscribes to the theory or not, isn't it heartwarming to think that someone is so dedicated to these creatures to make the change? 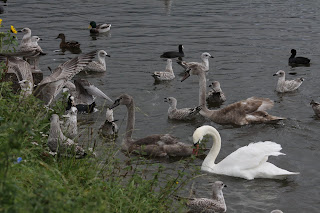 It was also good to see this years young Mute Swans and Gull thriving. Keep up the good work Missus! Further along the quay, a shoal of many dozen 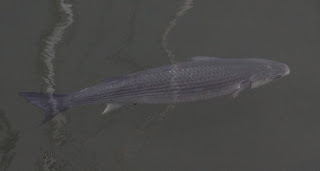 Grey Mullet were evident, pleasing as numbers dropped dramatically during the 80' & 90's as Weymouth Harbour appeared to get dirtier, and the total disregard for my presence by this fearless 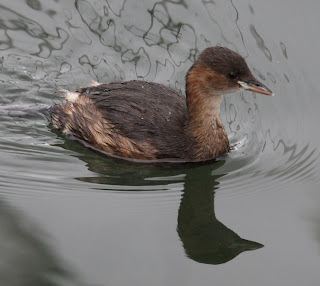 Little Grebe (usually the most timid of Waterfowl) was deserving of at least one shot. 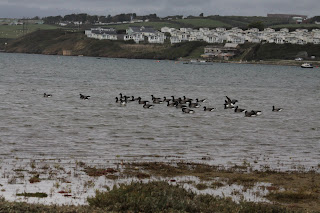 At Ferry Bridge, even from great distance, I was pleased to see what for me were the first returning Brent Geese for the end of the year. 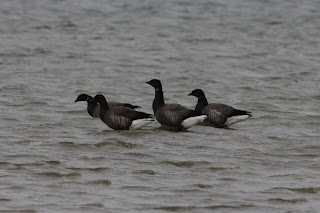 By all accounts there have already been a few spotted in Dorset, 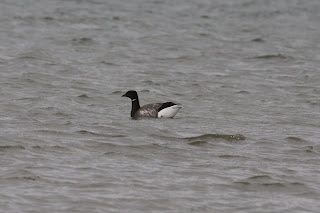 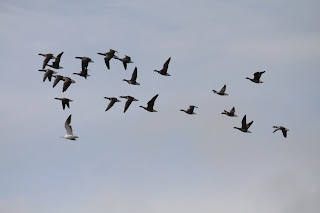 flight, including the Geese, which flew west over the Chesil Beach and didn't return during the remainder of my stay. Since my return from the USA I haven't seen a 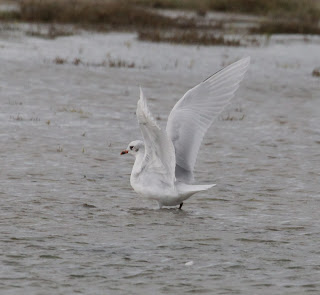 Mediterranean Gull so this individual, one of three adults, 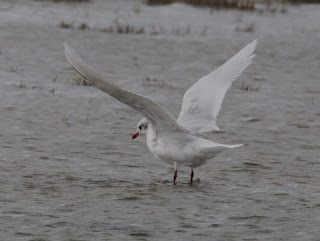 was a prime candidate for a photo shoot, putting on a fine display of 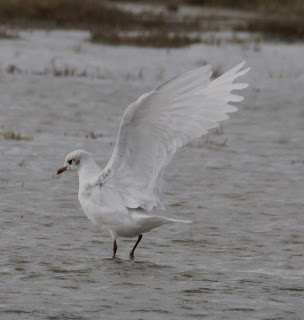 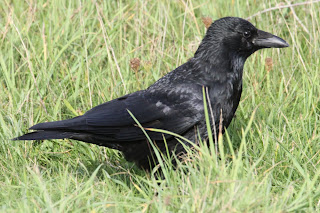 A Carrion Crow put in a brief appearance, while 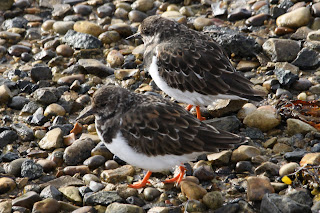 c15 Turnstone seemed content to rest on the shingle and this 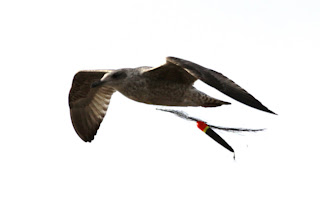 hapless Herring Gull, complete with discarded fishing tackle around its leg, flew over the bridge. In addition there were also a few Dunlin and Ringed Plover there, along with c3 Wheatear on the grassy area, while the Grey Plover seemed content to spend at least a fourth day by the sea.
Posted by Bagsy at 19:23