On a day when the readership reached a major milestone, I'm off on yet another short junket so have little time to prepare a post. As the number of individual 'readers' (not 'hits') of this Blog reached the 10,000 mark, I am on my way to visit my old Royal Navy mates John (Ginge) & Val Prince at Northmoor Park, Wareham. Just a 45 minute bus ride, Ginge has already insisted on picking me up and driving straight way to the Wareham water meadows in the hope of seeing the White Stork that has been there for a few days now. As for the readership, well what can I say! It's great to have so many of you onboard and only hope I can maintain an interest level for you all. Thank you all so much, and 'pass it on'.
In that respect, I'm once again having to search the archive with the subject this time being Owls. I don't know anyone who doesn't love them and I consider it fortuitous when I stumble across one, like theNightjar family they are usually difficult to locate. 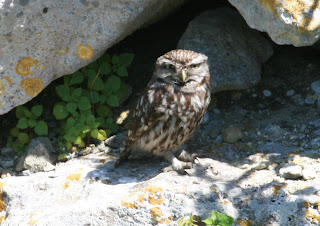 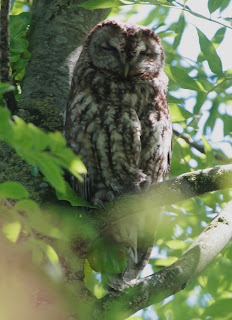 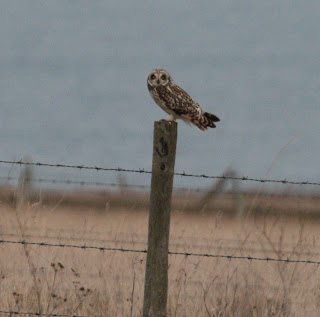 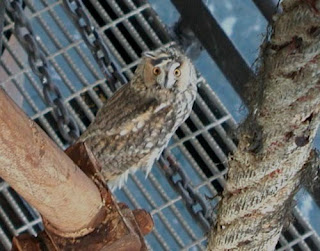 Both of the last 2 species occurred annually on the Buchan with Short-eared appearing both Spring and Autumn (occasionally in double figures) in each of my 20 years off-shore, while Long-eared were far less numerous and in some years absent in Spring. 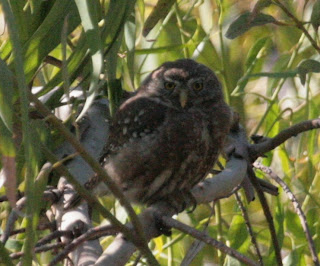 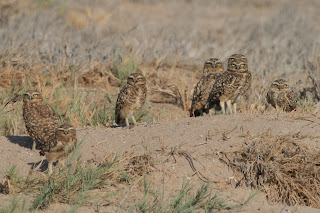 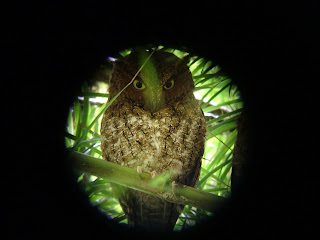 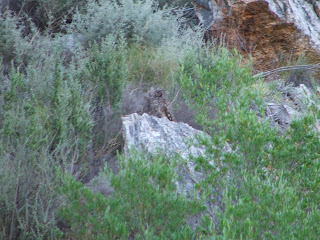 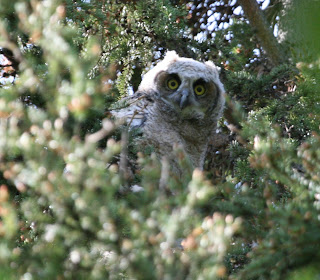 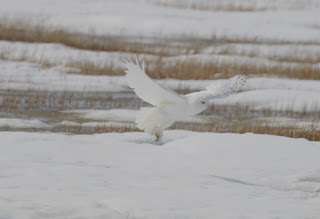 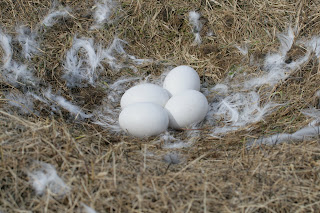 Stumbled across this Snowy Owls nest by the (what might be described as) roadside. A couple of quick shots and vacated the area. 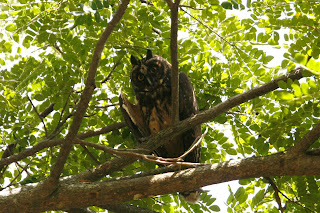