As regular readers will have noted I did get back last evening but the journey was not entirely a smooth one. The flight from Tana to Paris went like a dream, in fact that's what I was doing for most of the 10 hours, then there was a 3 hour wait at Charlesde Gaulle for the transfer to London Heathrow . That too was on time, but soon after boarding the Captain announced that a new ticket and manifesting system was being tried and the personal head count of passengers didn't tally with the computer record. This delayed us for some considerable time, during which we lost our 'slot' and were relegated to the back of the queue. During this period the fog set in causing even more delay and in all we were stood on the tarmac for 3 hours. Well done Air France?

Having lost all hope of catching my booked coach journey to Weymouth, I had to resort to the shuttle to Woking and then 3 separate trains home arriving at about 22-00 instead of 18-00. However, my favoured adage kicked in so reminded myself that if that is all that was to befall me that day then I would remain quite happy. There was of course an up side as the cider awaited at Bowie & Sheila's and they also slaked my urge for a burst of much missed Joe Bonamassa so went to bed satisfied and slept soundly.

The weather, heavy rain all day, prevented any chance of 'birding' a blessing in disguise really as the case would still be unpacked, no dhobying done (although that remains wet through on the line) and there would be nothing to eat. As it is I'm about to visit my lovely neighbour Joy for dinner, so after uploading a random series of photographs from the trip, it's Bon Appetite! 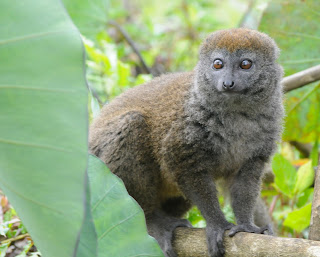 A couple of better shots of 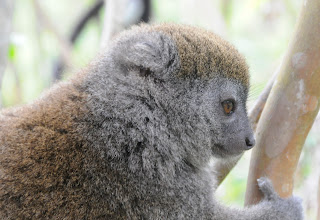 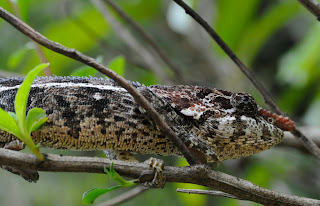 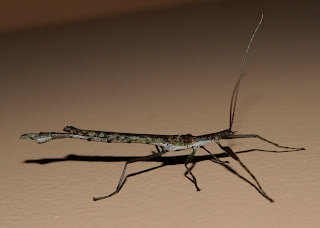 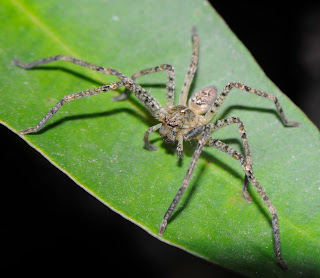 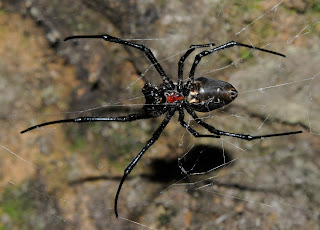 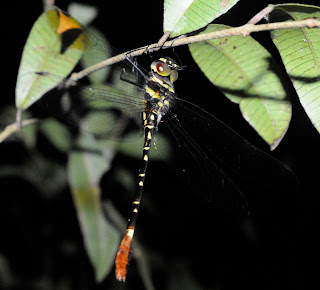 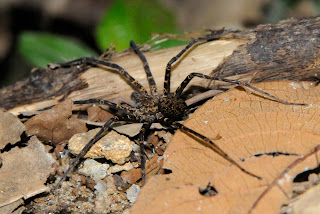 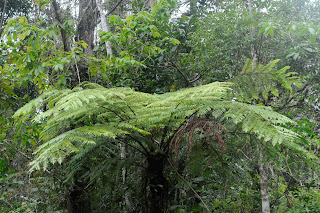 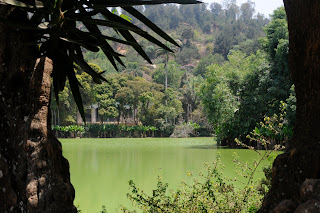 The grounds of the hotel at our last location. 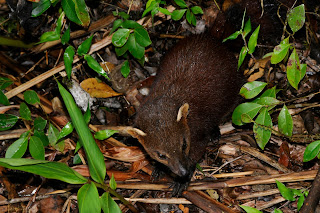 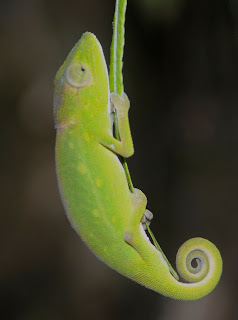 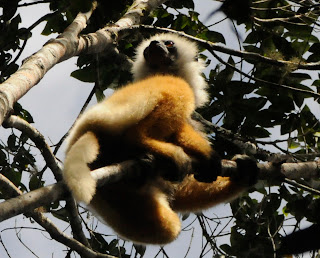 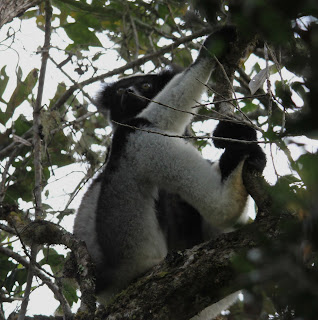 and this is the sound of those intriguing mammal during a border dispute with a neighbouring troupe.

and finally, it will be ages before all the photographs are edited, notes completed and various lists verified, but for the time being the picture looks something like this:-

Bird Species seen - 160 of which I saw all but 2, Wedge-tailed Jery and Alpine Swift.
Lemur Species recorded - 24
Other Mammals - 10
Chameleons - 9

There will, eventually, be a full report of the trip and I will endeavour to give a summary through these page of many aspects of the tour. After this anyone wanting further information can contact me via the Comments Box.
Posted by Bagsy at 19:40