And So Castles Made of Sand Slip into the Sea, Eventually!

For the third day running I woke up to the sound of heavy rain on the windows, and a leaden sky all around. Not surprisingly, I received some interest in my report of about a dozen Chiffchaff in yesterdays post, given the time of year this is quite unusual. Most Warblers have migrated to sunnier climes by now, except for a few of the more hardy types such as Chiffchaff, Blackcap etc of which just a few overwinter in the south of the UK. It had been my intent to start out earlier for the cemetery, and as luck would have it the rain stopped at 07-30precisely . However, what a difference a day makes as my 2 hours at the site produced not one Warbler and by comparison to yesterday just c2 Great Tits, c10 Blue Tits and no Long-tailed Tits at all. On the plus side Blackbirds were numerous and in double figures, c3 Song Thrush were present but absent yesterday, while Wrens and Robins showed just c3 apiece. Finches were represented by Gold, Green and Chaffinch with a few each in the graveyard, as small groups of the later flew overhead my count ceasing at 100. The rain started again soon after 09-00 so I beat a retreat for home, just around the corner, where I resigned myself to the rest of the day on the laptop. That only lasted as long as Daragh's phone call some short while later and it would have had to have been 'the tempest' itself to deter me from answering the call. 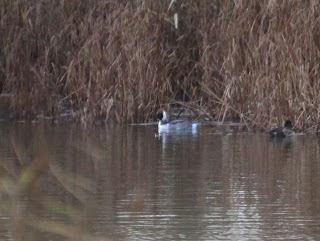 This female Smew, one of the 'sawbill' ducks was showing well but at some distance in one of the northern pools on Lodmoor and is the first of this species I have seen since 2004. The last time I recorded one in Dorset was even longer ago than that, while before today I had not had one in the month of November (yeah sad) nor have I ever photographed one. 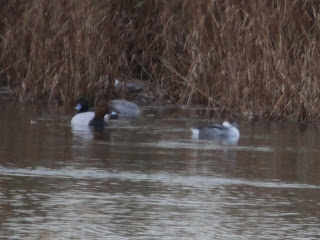 Appearing again here to the right, these images may not constitute 'photographs' but will enter the archive as 'record shots'. 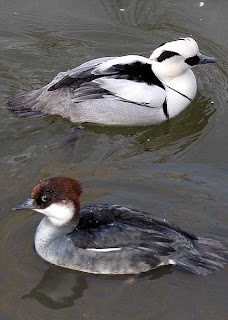 This is what Smew look like at close range, male at the top, photo from Wikipedia.

Also in Daragh's call was the news that the Long-billed Dowitcher was still on the moor and today at a more obliging distance. 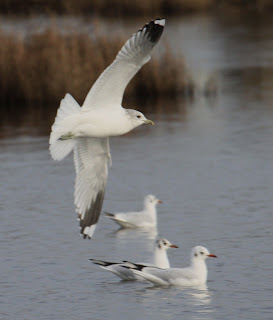 On the way to see that, these 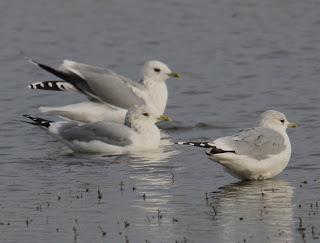 Common Gulls were posing and now increasing in numbers after the breeding season absence. 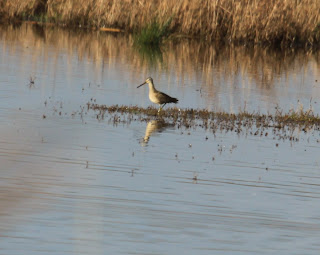 The Long-billed Dowitcher was indeed closer than at the weekend, 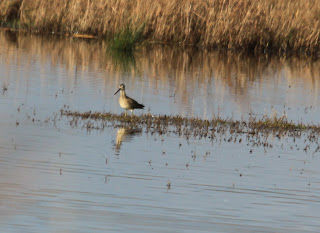 but again only 'record shots' were possible. 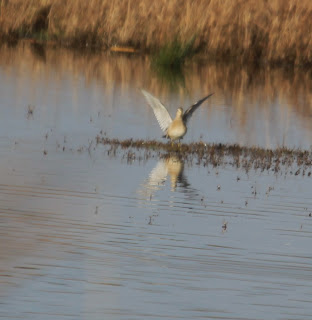 It did however have a short stretch of the wings making the subject slightly more interesting.

Also as a result of yesterday's post 3 e-Mails, of a similar nature, arrived asking if there are any photographs in existence of the 2006 Morocco tour relating to the Hendrix experience (excuse the pun) and not birds. The short answer, yes there are a few! 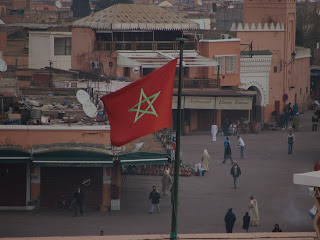 We started our journey, unlike Jimi who flew to Casablanca, by resting up in Marrakesh for a couple of days before heading towards the Haut Atlas (Atlas Mountains) to the village (town) of Anergane before descending to Taroudannt as the history books tell us Jimi did in 1969. 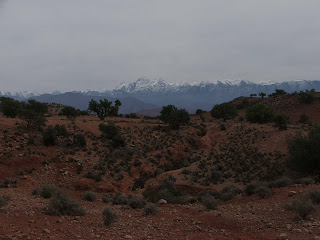 Stories abound about how he visited Morocco on numerous occasions and on one such started a commune with Cat Steven and Bob Marley, this is more likely legend than fact, as he only blessed the country with his presence once? 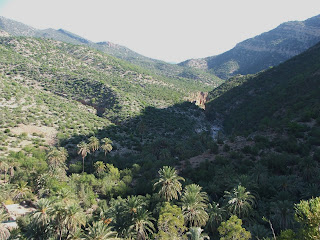 However, the contrast of scenery between the 'High Atlas' and the lowlands towards Agadir are dramatic. Jimi is thought to have traveller via Safi, which we did not do, to what became his beloved Essaouira. It immediately became apparent why. 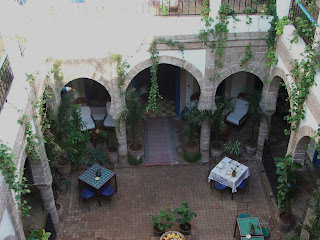 There he took up short residence in the ethnic Riad Al Madina Hotel - the locals have been dining out on the stories ever since. 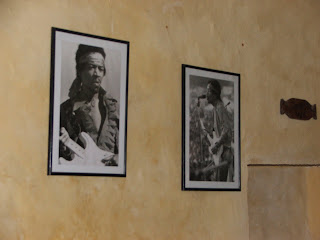 The walls are still adorned with signed photographs of the man, 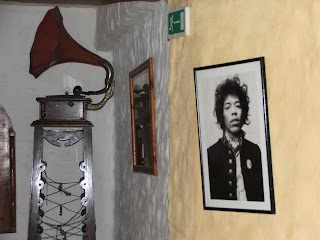 who was so inspired by the castles, ruins and forts thereabouts. 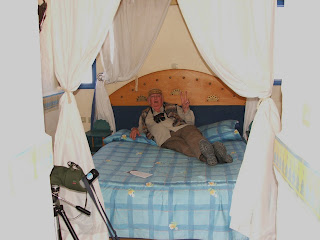 There is no mistaking Jimi stayed in this room, Jim the Medic being gracious enough to let me bide there, and nothing will change my mind that this was the very bed Hendrix lay in!

Well she's walking through the clouds With a circus mind that's running round. Butterflies and zebras And moonbeams and fairy tales. That's all she ever thinks about Riding with the wind. When I'm sad, she comes to me With a thousand smiles, she gives to me free. It's alright she says it's alright, Take anything you want from me, anything. Fly on Little Wing, Yeah Little Wing

and finally, over the years I have got to know many of the bus drivers on the local First services, many of them interested in my wanderings. None more so than 'Scouser' Mark Hill who had occasion to visit me at home today. He, his partner Annie and I hit it off from the start when first meeting in the Belvedere pub on High West Street and during today's chat he related the story of his last birthday present. During our meetings it has become apparent that he also has a keen interest in birds, so was highly delighted when one of his daughters surprised him with a membership to the Portland Bird Observatory. I'm hoping we can visit together sometime soon - good to see you Mark!
Posted by Bagsy at 16:47