Fields of the Nephilim

How do you gauge the importance of things in your life? I once thought I was addicted to 'bird watching', but that was before I retired after which I realised it was far more important than that. Similarly, my modest collection of 'fine wines' assimilate to my music library some of which I'm prepared to play with importunity while other records are not to be guzzled but saved for that magic moment when the full flavour can be savoured.

Late last night, over a bottle of 2007 Charlie Herring Tau Syrah 2007, I played one of my top ten favourite audio CD's ever, the seminal album Elizium a 2005 offering from 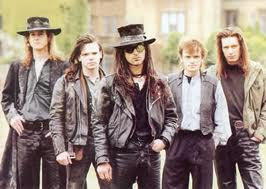 Goth Rockers Fields of the Nephilim. They are a semi-active English 'Gothic Rock' band formed in Stevenage, Hertfordshire in 1984 by original line-up consisting of vocalist Carl McCoy, saxophonist Gary Whisker, Tony Pettitt on bass, guitarist Paul Wright and drummer Alexander "Nod" Wright. Following the release of the debut EP 'Burning the Fields', Whisker left the band to be replaced by Peter Yates as second guitarist. The band's name refers to a Biblical race of giants or angel-human hybrids, known as the Nephilim . Although they have not received substantial mainstream success, the band's seminal sound has proved highly influential, especially in the genre of Gothic rock and, later on, Gothic metal and Rock Noir. The current incarnation of the band has released one authorized recording of new material since 1990 and performs infrequently. 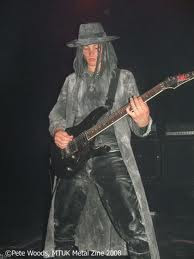 Peter Yeates, the suggestion is you try both the wine and the band.

And There Will Your Heart Be Also (Elizium) 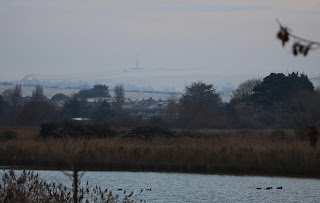 In Weymouth there was a dusting of overnight snow, while on the Ridgeway Hills (the 'Far North') there was a full covering. 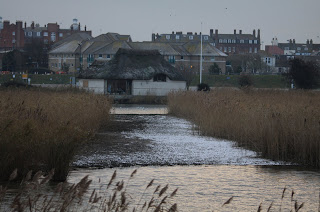 While Radipole Reserve had a smattering the 'cut off' point was Westham Bridge, south of which there was none. Viewing all of this from home there was great hope that a movement of birds would also have happened, but that was not to be. Waterfowl were in similar numbers to yesterday, while the smaller birds seemed to be feeding well despite the cold, and the only bird of note was a lone Fieldfare. 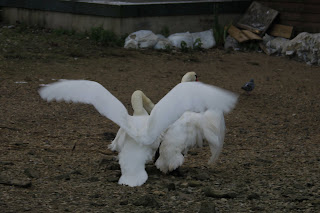 On leaving the Reserve there was a commotion behind me which turned out to be these 2 cob Mute Swans, already disputing territory, 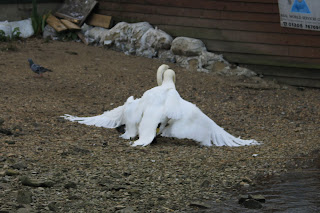 and while the graphics don't show it 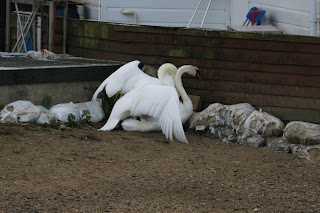 before I left the aggressor had already drawn blood. 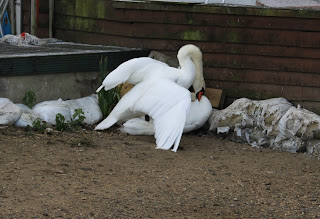 While these majestic birds mostly present a beautiful picture, 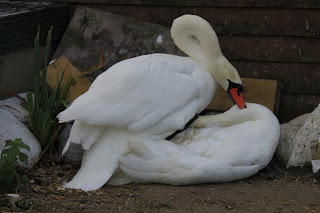 the fact is they can be murderous! 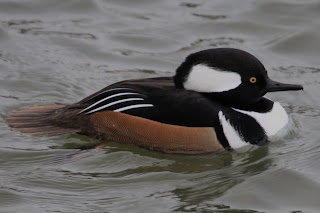 The Hooded Merganser was also in attendance, and I make no apology for posting yet another photograph of this exceptional creature, what a beauty?

There was nothing noteworthy over the latter part of my day except for an impromptu 60's style party with my neighbours when I got home. Every reason for putting the 'Nephilim' on again and cracking another bottle - Good Evening!
Posted by Bagsy at 20:16