Birding or Boozing - That Is The Question

With a clear, bright and sunny day yesterday the thaw was well underway by bedtime, add to that heavy overnight rain and a change in wind direction things were pretty well back to normal by dawn. This mornings sky appeared threatening but with a light sou'wester the overall feel was almost balmy.
Concerned that many small birds may have suffered as a result of these couple of days of snow, it was good to hear a cacophony of birdsong in the graveyard, mostly the usual attendees, but there were others. Where Green Woodpecker had featured yesterday, it was the turn of a 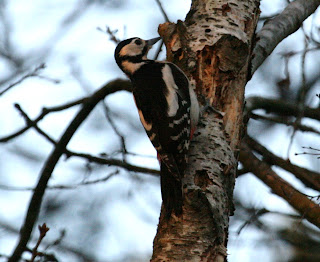 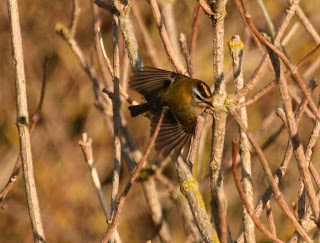 Firecrest was content to forage with a mixed flock of Long-tailed & Blue Tits and a couple of Goldcrest.

The melt hadn't seemed to have effected Radipole to a great extent as much of the watercourse was still frozen, while the car park was like a skating rink. However, for the second day running 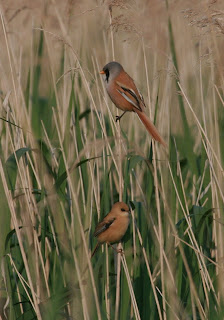 Bearded Tits (male top & female) were showing apart from which it was more of the same. 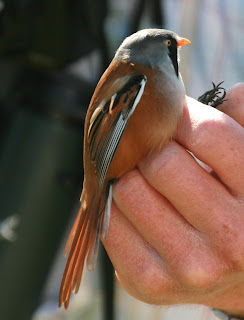 A male Bearded Tit in the hand at Portland Bird Observatory last year.

At Ferrybridge Little Grebe numbers had increased from 7 to 9, while in the distance close to the Oyster Beds there was a female Goosander, but most of the action was 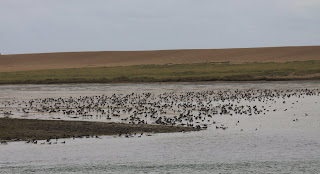 on the foreshore, where an estimated 1,000 Brent Geese (can you see the c2 Shelduck yet?) were busily feeding, preening and squabbling as a dozen Little Egrets fed at the waters edge. 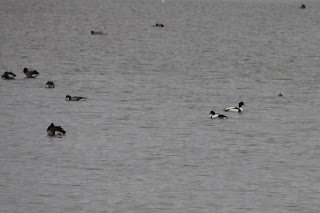 There they are! I could only find c3 Pale-bellied Brent among the gaggle, but it was interesting to note one was baring rings. 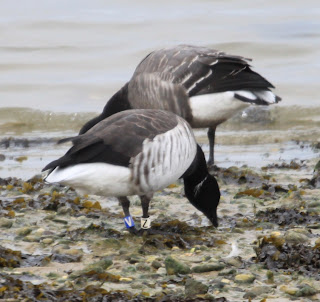 These photographs have been submitted to Martin Cade in the hope that the origin of these birds may be determined. 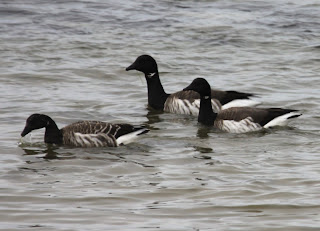 A couple of Pale-bellied Brent Geese 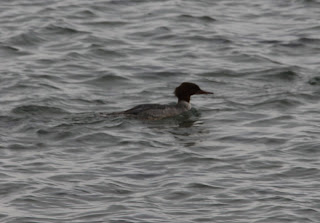 At the other side of Small Mouth, in Portland Harbour, there were a further c4 female Goosander, but that;s when the rain started again. A bit of a 'blessing in disguise' as there is a party at JD Wetherspoons this lunch time but did I really want to break off from the birding?

Simply a pre-Christmas drink with a few 'like minded' people I was at the rendezvous in plenty of time. 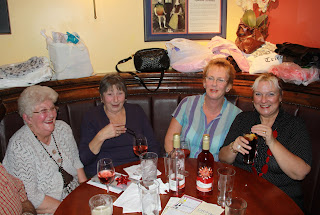 Vera Powell (mother of Martin who featured on a mid-week post), Val Watts, Leslie Brown and Cathy were already in attendance, so it was no time at all before the 'party' was underway. 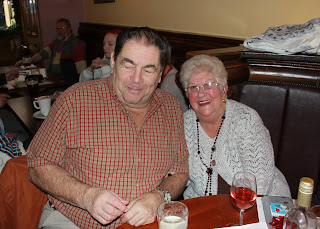 Partners Ted King & Vera Powell enjoying an early Christmas drink before embarking on a Mediterranean cruise over the festive season. 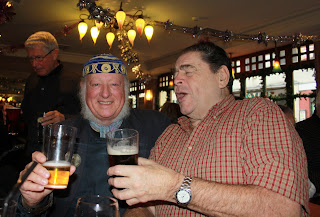 Ted was a long time 'shipmate' and it's always a joy to be in his/their company! 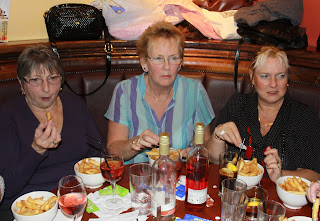 Please notice, when the CHIPS are down, the girls are always first to get stuck in! 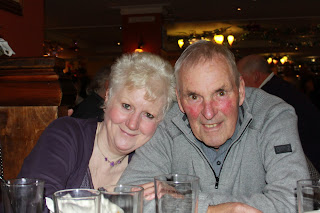 Wendy & Michael Honeybon joined the throng later in the day, and as I sauntered my way home (in a taxi) 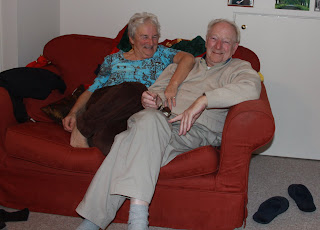 Joy & Roy, next door, where there to greet me. A gin & tonic later I finally got home - life's for living, so best you live!
finally, there is need to welcome a new reader from Panama., our 112th member of the readership. A country that holds many fond memories for both myself and Big-Fat Billy Crumble but all too detailed to enter into at this late hour (it is 18-00 for goodness sake). Hope you will share the experience with your friends, otherwise 'enjoy' and 'welcome'.
Posted by Bagsy at 18:00