Catching Up On Yesterday

Browsing the websites of the Portland bird Observatory and the Dorset Bird Club for yesterday's bird sightings it seemed as though I was on a different planet. Lots of activity, involving thousands of birds the reports were most impressive, but choosing to stay within the borough of Weymouth it was down to my movements.
Hoping to redress the situation an early start in the cemetery found some of yesterday's wanderers were lingering, but the best species had to be a long absent 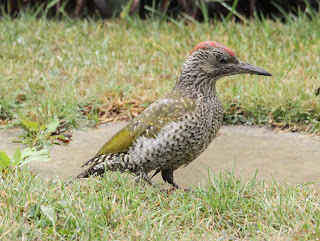 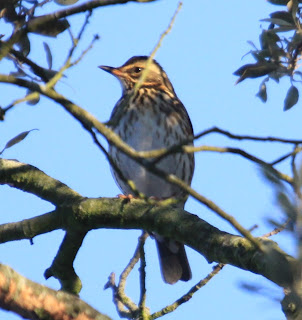 Redwing were probably most numerous taking advantage, along with Blackbirds, Song Thrush and Fieldfare of the mass of berries, while other species included Green Finch, Chaffinch, Siskin, plus Blue, Great and Long-tailed Tits.

At Ferrybridge c6 Little Grebes were still close to the Small Mouth Channel and reaching the foreshore a Redshank flushed from the waterside. Some way off there were c5 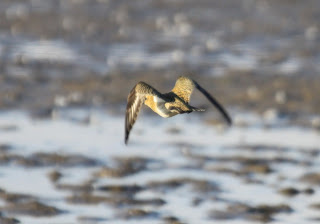 Golden Plover, but like the accompanying c6 Knot they weren't for hanging about. 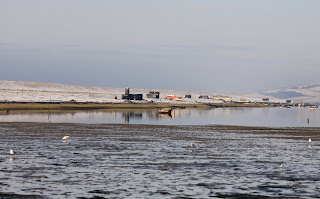 Looking down the Fleet, Chesil Beach was still dusted in snow, reflected in the calm water, 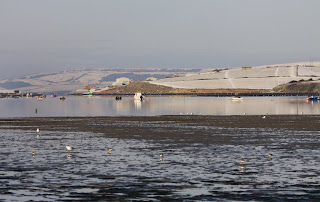 while on the other side the hills towards Abbotsbury looked to have a thick cover. 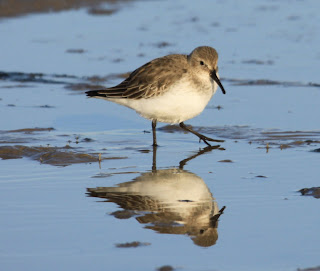 One obliging Dunlin was well worth a shot, as was 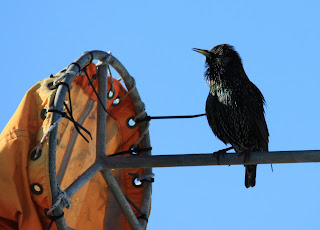 this Starling content to sit on the nearby wind sock. 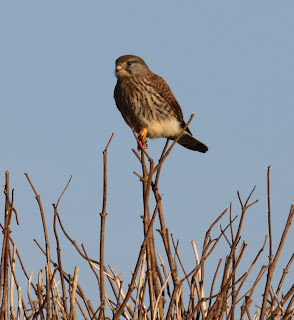 At the Bill, a couple of Kestrels were hunting, while several 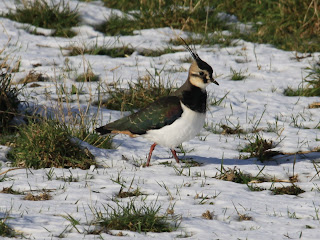 Lapwing were taking advantage of the thawed patches in the fields. 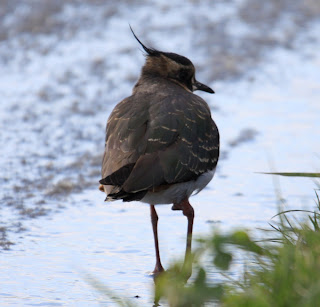 This one however was plodding the main road right outside of the Observatory. 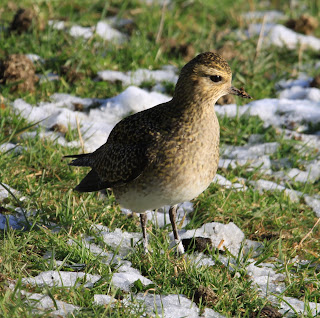 Golden Plover too were finding plenty of food 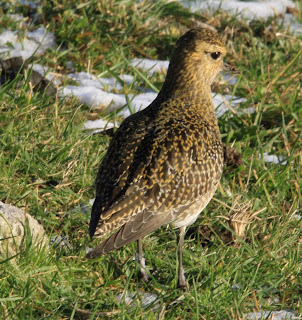 and were far more confiding than their relatives at the north end of the Island. 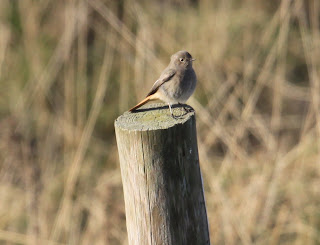 This Black Redstart appeared on my way home 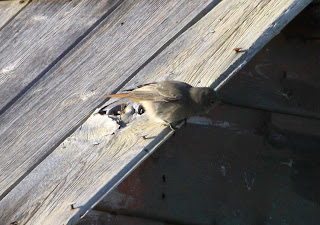 at the Iron Age dig, just up the road from the Obs making for an excellent end to a really good day.
Posted by Bagsy at 18:06