Brazil, Where Hearts Were Entertaining June - F. A. Sinatra

A combination of full cloud cover and the wind having veered into the southern sector made for a relatively mild night, the visual signs being that most of the ice and snow had now thawed. Making it much safer for walking, all that remained of the freeze was a dusting of snow on the Ridgeway Hills and most of the watercourse of Radipole Lake still iced over. 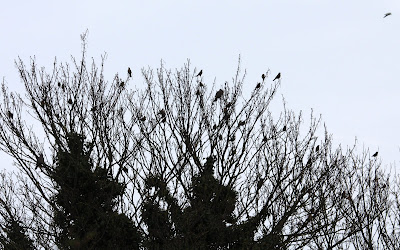 In the cemetery it was a walk of two halves, with the north section full of birds, mostly Thrushes, while across the road the south side was all but bird-less. Of the Thrushes, Fieldfare were most numerous today and seemed to be favouring the tree tops, but there were also several dozen Redwing, a few Blackbirds and even few Song Thrush.

Walking the Radipole footpaths was almost back to normal, and again this morning there were Bullfinches awaiting in the area of the kissing gate (c4 male + 1 female), Long-tailed Tits in good numbers and even one or two vocal Cetti's Warbler. Along the west Buddleia track this 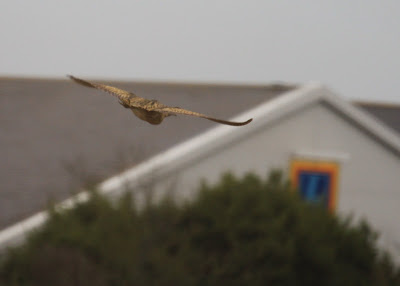 Bittern flushed from the edge of the reeds giving little time to bring the camera to bare. 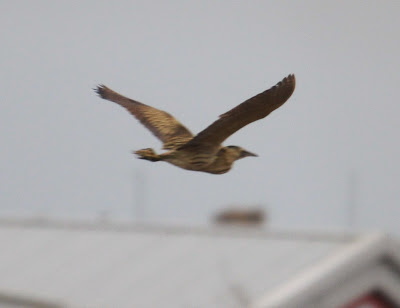 While these images won't be winning any awards 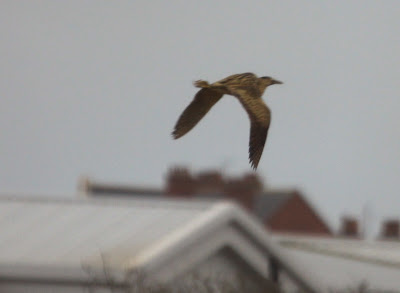 they do tell the story. 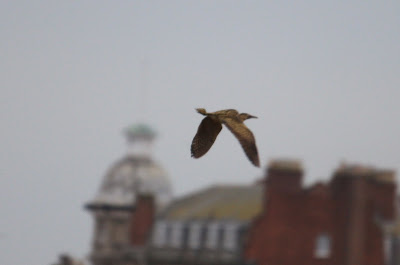 Bittern with one of the twin domes of the Royal Hotel, once King George III hunting lodge and holiday home, in the background. There have been reports that there might be as many as 5 Bitterns visiting Radipole at the moment, and have to admit to wondering how this figure could be substantiated. That was until I met Charter Fisherman and fellow bird watcher Richard Nicholls who told me that in the last couple of weeks he had photographed one in the open at North Hide as another c2 were strutting through the reeds. He showed me the photographs, which are so good I hope to be able to publish some of them, and have no reason to doubt his report - so, there are at least 3!

On the path to the main bridge there were a few Skylarks passing overhead plus a Woodcock that 'flushed' from almost under my feet. This was the first I have seen this year and thought, before checking my records, it to be my first for this reserve, which proved not to be so. At the bridge numbers of Common Gull were seen to have risen to double figures, c2 Lapwing roosted on the shingle island, a (the) female Goosander put in an appearance 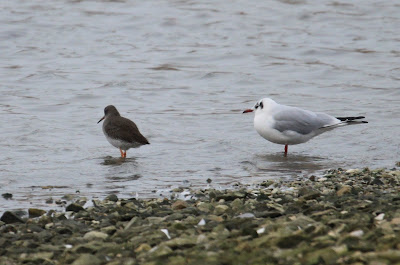 as this Redshank fed in the margins. 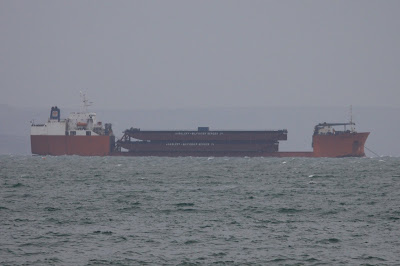 This rather 'specialised' looking vessel swinging to her anchor in Weymouth Bay caught my attention this morning, so arrived home to investigate. I found that a joint venture of Bilfinger Berger AG (Bilfinger Berger) and Per Aarsleff A/S (Per Aarsleff) has received a contract for construction of the foundations at the new London Array offshore wind farm in the outer Thames Estuary. The foundations for 175 wind turbines and two substations are being built at a distance 20 to 35 kilometers from the UK coast. The total order volume amounts to around EUR400 million, and will be the largest Offshore Wind Farm in the world.

Whether the presence of this vessel ties in with Dutch company Eneco building an offshore wind farm west of the Isle of Wight off the south coast of England. is not know, but seems highly likely. The Crown Estate, owner of the seabed and a partner in the project, awarded the area known as Zone 7 to Eneco with the involvement of key stakeholders and a Strategic Environmental Assessment by the Department of Energy and Climate Change (DECC).

The announcement follows a tendering process launched by The Crown Estate in 2008 to allow for 32GW-worth of offshore wind in UK waters by 2020. The wind project will be referred to as the Eneco Wind Park in its early stages, and Eneco believes that around 30 per cent of the 723 sq km zone could be developed, providing approximately 900MW of capacity.

The Eneco project is expected to be operational by 2016. The final design and ultimate capacity will be determined after comprehensive engagement with all parties involved including the general public, local authorities, community and environmental groups. 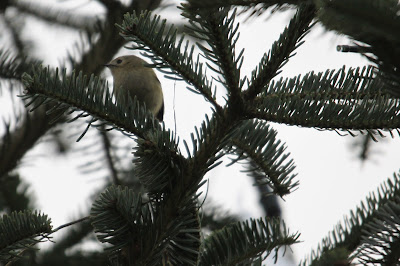 On the way home through Weymouth town centre I heard the call of a Goldcrest seemingly coming from the town Christmas tree. Again the picture tells the story!

On our first South America trip, Mike Hughes and I started our journey in Brazil travelling through Paraguay, Argentina and Uruguay ending it back in Rio de Janeiro. Just a few shots while sight seeing in this exciting city. 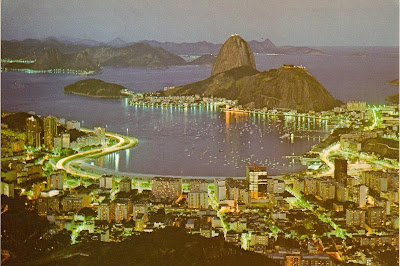 A view across Rio de Janero to Sugarloaf Mountain. 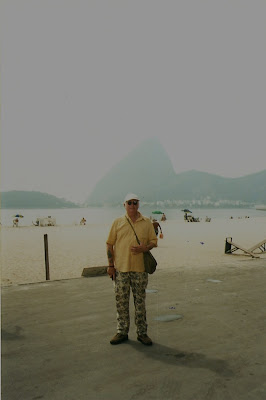 Stood on Copacabana Beach with Sugarloaf in the misty background. 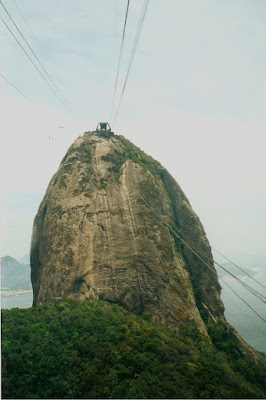 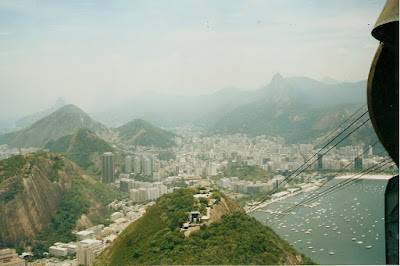 Looking down on Ipanema & Leblon Beach. 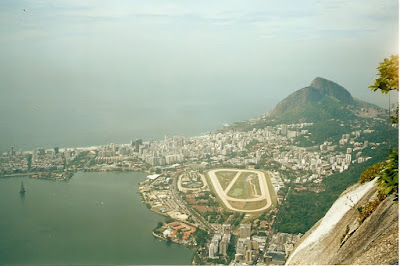 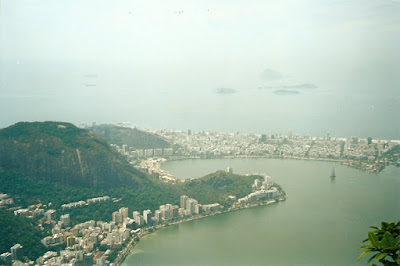 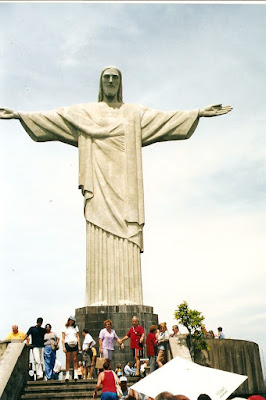