Bring Her to Periscope Depth Coxswain!

A most unusual day for me as I only left the house to take a coffee with my neighbour. The dark and dreary overcast look to the weather gave me a good reason to stay at home, but fact of the matter was there comes a time when a few domestics have to attended to. That done, there was then chance to wander through some more photographs, which coincided with the arrival of Christmas Wishes from shipmate and fellow Submariner Billy Gibson, who nowadays spends the winter months in Spain with wife April. The last time I clapped eyes on both of them was at the 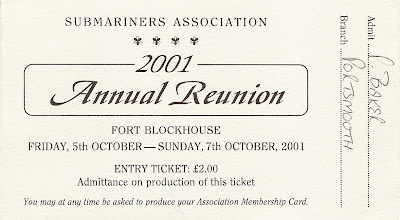 which was no ordinary reunion, but the Centenary Celebration of the Service. One hundred years prior to this date, Vickers in Barrow had laid the keel for the first of the 'Holland' class submarines

of which this is a model. 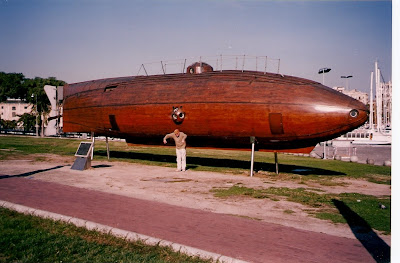 Similarly this 'wooden boat' that I came across in Barcelona was a forerunner of today's nuclear powered craft. Note the John Wayne style arms drooped over periscope pose! 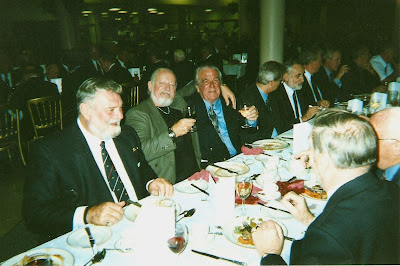 Taking my seat for dinner that Friday evening I was sat between 2 senior shipmate, with the gentleman on my right having travelled from New Zealand for the occasion. As the evening progressed he told me that he had never missed a 'muster' since he left the service, despite the distance. Turning to the gent on my left I enquired as to how far he had travelled, "oh, all the way from Weymouth " he replied. In very short time we discovered that we lived just 2 streets away from each other, and I can report that since Sam Dodds and I have become firm friends. If you read this Sam - 'have a wet'! 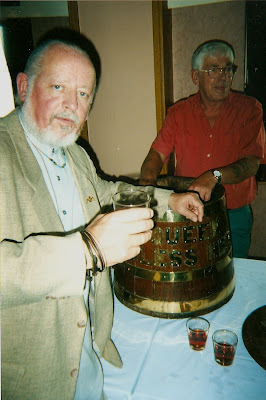 Talking of having a 'wet' (a sip of your tot) it was no surprise that at the pipe 'Up Spirits' I was close to the front of the queue. 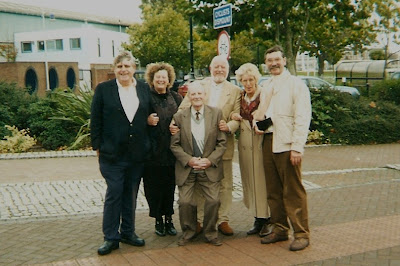 The next morning I met up with shipmates Billy Gibson left (wife April, Bill's dad, Carol Peace) and Charlie Peace, the 3 of us having served in 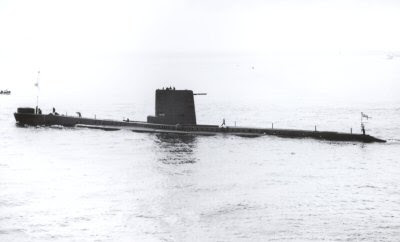 HM Submarine Alcide together for just over a year. There were some shenanigans during that period, but not printable through these pages! That evening, there were representatives from every branch and rank in the Service including 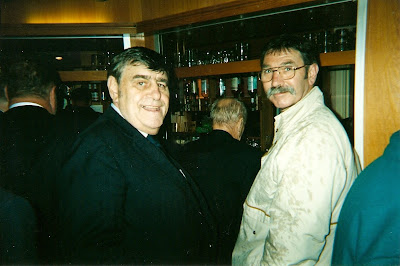 Billy and Charlie, just hanging back far enough from the bar so I could get through, 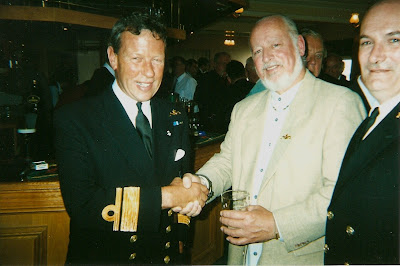 and Flag Officer Submarines (FOSM). Similar to the Isle of Wight Festival c1970, this gathering was a case of "if you can remember what happened, then you weren't there", but in true Naval tradition everyone was mustered the next morning for 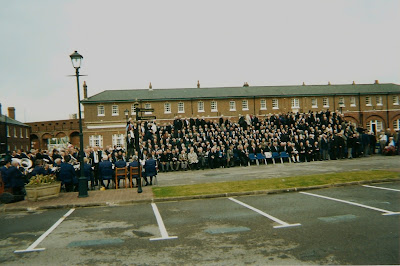 Church Parade and photo call. Obviously at such occasions you are going to meet people who have faded with the passing of time, but I was nowhere ready for who I was about to meet that morning. As the gathering dispersed to attend the parade through the town of Gosport (every Submariners home at one time or another) who should emerge from the crowd, none other than 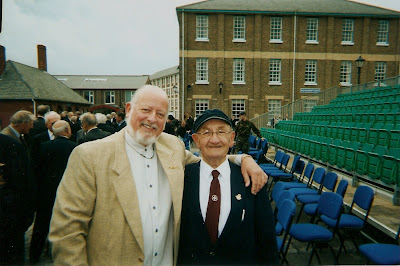 Sid Dolton. Ex Chief Petty Officer Radio Supervisor and long time Submariner, I had the honour of serving with Sid in various sea-going craft outside of the Royal Navy, but mostly on the Ocean Salvage Tug 'Sea Giant'. Sid has since past on to waters much deeper than we had ever dived in but the memories linger on. 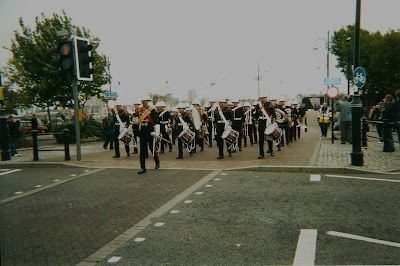 The 'freedom' of the town of Gosport was extended to the Submarine Service long before I was pupped let alone joined up, and over the years it has become tradition for the parade of 'bubble heads' to be lead by the band of the Royal Marines, Eastney, 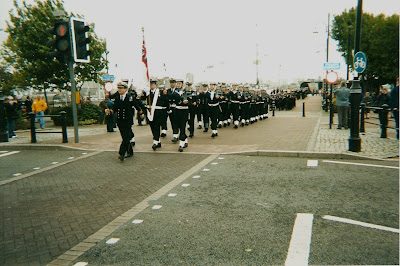 followed by the HMS Dolphin (submarine base) Guard. 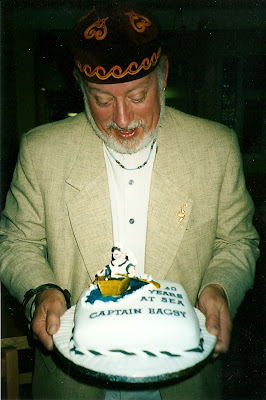 The 'Centenary' wasn't the only occasion that year, as I also celebrated my own 'milestone' of 40 years at sea, just a few days later. A friend had the kindness to knock up this novel cake for me, complete with a little man in a boat! You'll doubtless have noticed the 'dolphins' have now become 'a-cockbill', a nautical term applied to an anchor that is 'fouled' or not in the correctly stowed position! 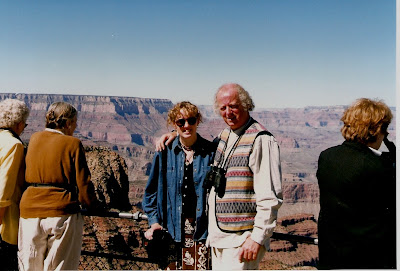 and finally, during my search I came across this image of my youngest daughter Lisa and me on the cusp of the Grand Canyon, during our east to west transit of the USA. How privileged I am to have 2 such girls!
Posted by Bagsy at 16:51