Deep & Crisp & Even the Bad Times Are Good

Not every one's cup of meat, but undeniably Radiohead are 5 of the most talented musicians on the planet as we speak! Reason then for me to pay them a re-visit at the Astoria Theatre, London last night (via DVD that is). 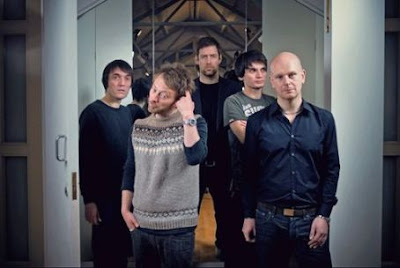 Radiohead are an English alternative rock band from Abingdon, Oxfordshire, formed in 1985 by fellow school friends, and since University Graduates

Thom Yorke (vocals, guitars, piano), Jonny Greenwood (guitars, keyboards, harmonica, various other instruments), Colin Greenwood (bass guitar, synthesisers), Ed O'Brien
(guitars, backing vocals), Phil Selway (drums, percussion)
A personal view would describe their music as singularly original, no one else in the world conjures up a sound such as this, which can waiver from frenzy to pure subtlety in the course of a few chords let alone tracks. Yorke's voice belies his instrumental talents, which are showcased on 'Prove Yourself', allowing him to captivate the audience solo if needs be. The Greenwood brothers are surely a game of two halves, with younger sibling Jonny's frenetic guitar style contrasting with Colin's calculated and unique bass licks and almost Wymanesque physical stance. In any other band, O'Brien would be referred to as 'rhythm guitarist' but this is a 'duel lead' outfit and he is surely that. Finally, as I watch Phil Selwey at work it is reminiscent of watching the world Rubik's Cube champion retaining his title, not a second of 'stick time' wasted!

With the exception of Radiohead's 2007 offering 'In Rainbows', I own their full catalogue and have to agree with the majority of pundits that there finest hour was the 'OK Computer' album, with highlights being 'Karma Police', 'No Surprises' and 'Lucky'. However, for my personal pinnacle I'd have to return to their first album 'Pablo Honey' and that most haunting of songs,
Creep (abridged version)
When you were here before, couldn't look you in the eye
You're just like an angel, your skin makes me cry
You float like a feather, In a beautiful world
I wish I was special, you're so very special

But I'm a creep, I'm a weirdo
What the hell am I doin' here?
I don't belong here

I don't care if it hurts, I wanna have control
I want a perfect body, I want a perfect soul
I want you to notice, when I'm not around
You're so very special, I wish I was special

Whatever makes you happy, whatever you want
You're so very special, I wish I was special

There are 'free' downloads out there, take a listen.
There was even more snowfall before darkness fell yesterday afternoon, so with the predicted overnight freeze and a seriously heavy hail storm at 04-00, it didn't bode well for walking conditions this morning. As it happened, the hailstones froze and made for a non-slippery surface which also added to the grip underfoot allowing me for one to get out and about as usual. 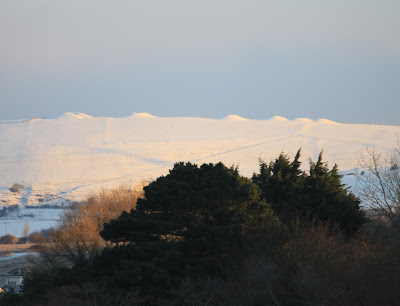 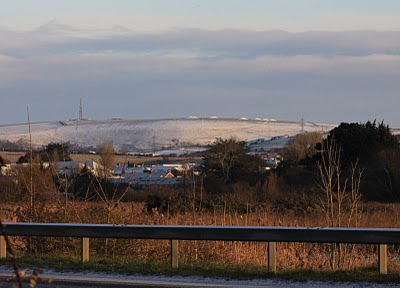 as compared to yesterday's photograph. 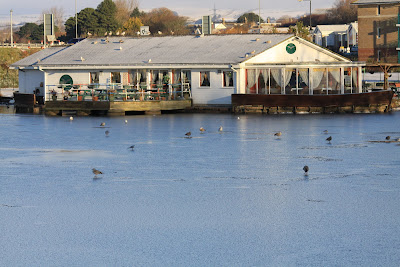 However, the overnight temperature must have been much reduced, as the whole of Radipole Lake, with exception of the northern quarter, was frozen just about solidly. A view from Westham Bridge towards the Gurkha Restaurant.

Avian movements were restricted to a few dozen Redwing along with the occasional Fieldfare, while a number of Common Snipe flew into the non-frozen margins in search of food. There were two minor highlights, the first before leaving home as a group of c7 Tufted Ducks flew overhead (an addition to the 'from home list') and this 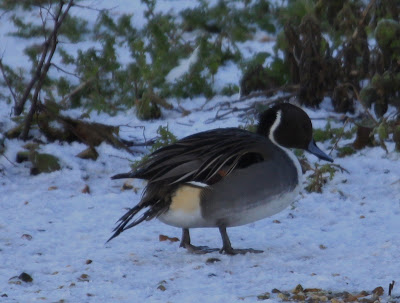 male Pintail on the island outside of the Visitor's Centre at Radipole. 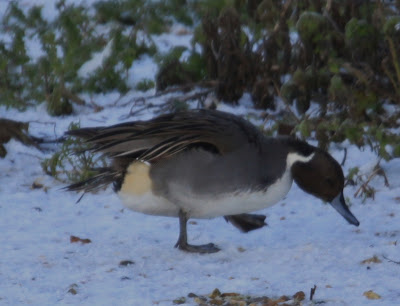 I am told that this individual, which looks as though it has had a tussle with the likes of a Peregrine or Fox, has been a frequent visitor to the lake of late. It isn't however the one seen associating with the Red-crested Pochard a few days ago, as that had a full 'pin-tail' intact.
and finally a few more

Snapshots of the World (from the archive) 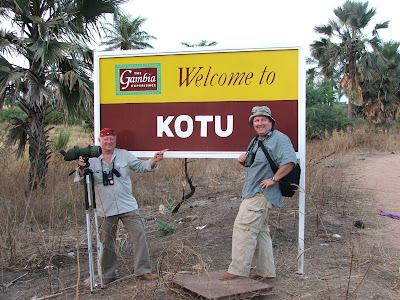 Me & the Skinny Kid (Jim the Medic) at Koto Bridge, Banjul, Gambia. 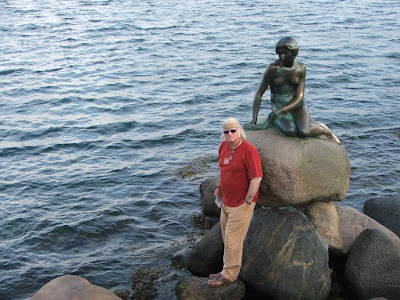 Fraternising with a lovely lady (the Little Mermaid) in Copenhagen, Denmark. 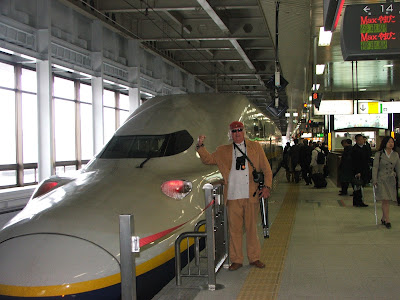 Getting 'the Bullet' from Sapporo, Japan. 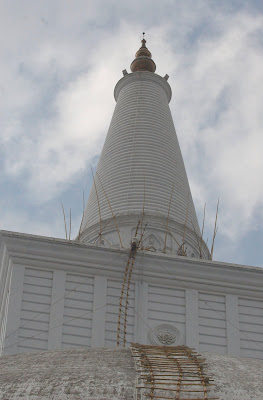 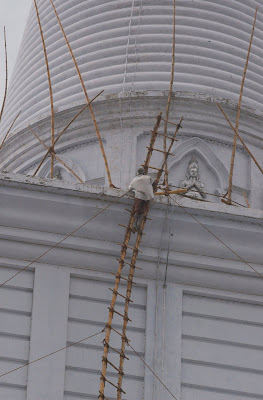 If this lad had hung on in school he wouldn't be a window cleaner! 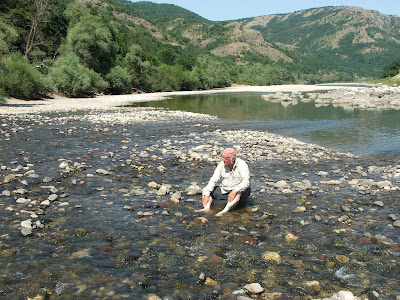 This shot proves how puffed out you can get looking for Wallcreeper - close to Golyam Perecik (the seventh highest peak in the country), Rhodope Mountains, Bulgaria.
Posted by Bagsy at 16:00