Looking outside at 04-00 this morning there was no sign of the impending freeze, but by 07-00 things were completely different, a 'white-out'. Well, not quite but there had been a dusting of snow, but little more than a quarter that fell last week.My arrival at the cemetery coincided with a text from Bob Ford alerting me to a single Waxwing he had just seen flying across Radipole Lake and in my direction. That would certainly have been a welcome addition to the 'patch list', but a search of all the berry baring bushes came to naught. 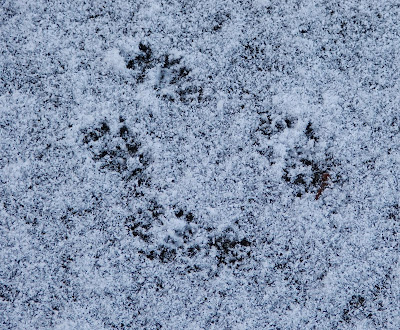 Apart from a few Redwings the area was quiet, but of some interest was a trail of these small mammal prints in the snow which I can only think might be those of a Stoat or Weasel? 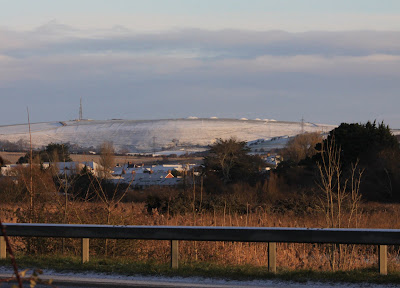 From the edge of the bye-pass it could be seen that as usual the Ridgeway Hills to the North of Weymouth had copped their share of the snow. 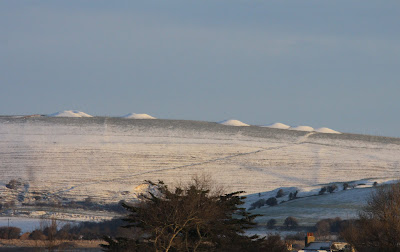 Some of the tumuli (these close to the village of the same name are locally known as Bincombe Bumps) looked how they were intended when built 3000 years ago when the outer cladding would have been chalk. 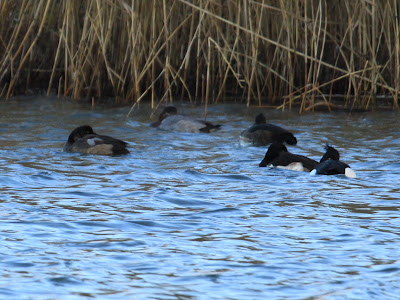 At Radipole the Redwings continued to whirl in the sky, with a few Fieldfare for company, while this single Scaup (left) was the first of the species I have photographed in Dorset. In addition, a Water Rail showed itself briefly as dis both Great Spotted Woodpecker and Reed Bunting. 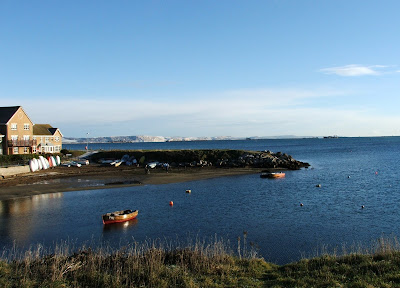 At Ferrybridge the view towards the hill was quite picturesque 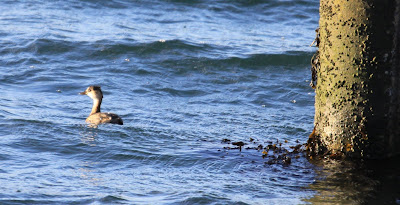 while at the other side of the road c5 Little Grebe were feeding close to on of the boat landing stages as a single male Goldeneye, plus what could have been as many as 5 females were also seeking food but a good deal further away. In the eye of the brisk north westerly breeze it was cold, so with little else to hold me here I headed for home. Lots to there with celebrations almost upon us, so I busied myself preparing for the first of these, a mini dinner party on Tuesday. 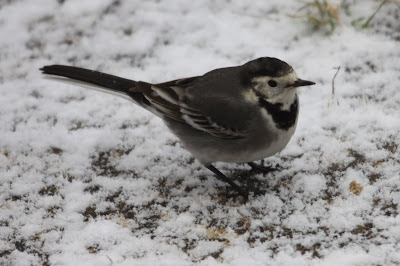 In my back garden the House Sparrows continue to thrive, but the appearance of this Pied Wagtail, also finding food, was a nice bonus.

Snapshots of the World 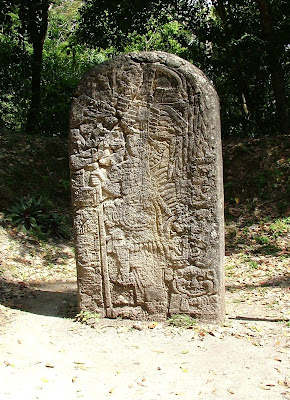 Stela Stone, one of the 'Great Glyphs' of the Mayan civilisation Tikal, Guatemala circa 700a.d. 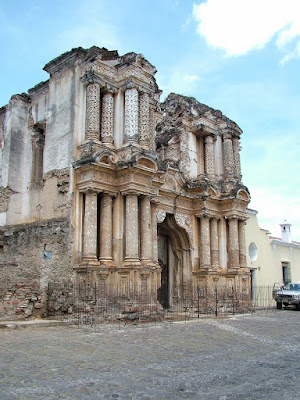 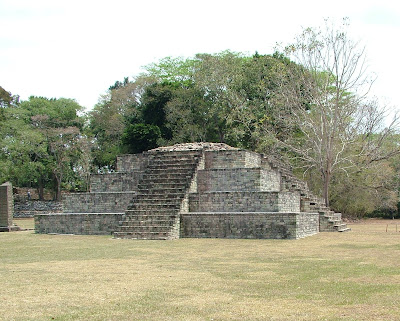 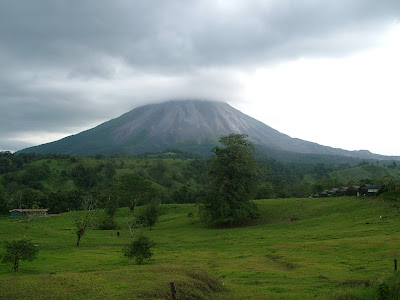 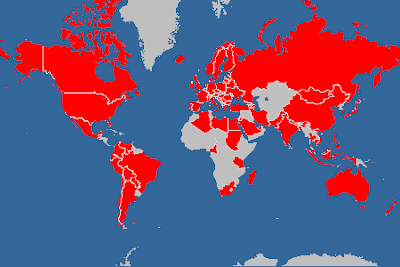 Finally, I generated this map last night to show the world wide spread of the Bagsy Blog readership. Modern technology continues to fascinate and amaze me!
Posted by Bagsy at 17:00