Has Anybody Seen The HUNT - ref Porky's

Bright and sunny from the off today and coupled with a rise in temperature it was feeling more like early spring, but that's Weymouth & Portland for you! You could have been forgiven for thinking this may have encouraged more to take advantage of thawed food, but by the time I reached the Radipole car park all of note was a handful of Redwing, c13 Bearded Tit (seen well) and most unexpected c2 Redpoll (presumed Lesser) most likely. The only record for me in the county this year, but they are always common and numerous at Blashford Lakes, across the border into Hampshire, where this photo was taken in January 2009. 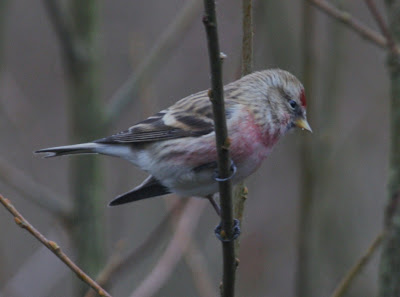 Some readers may recall the item of 30 August this year, when the refurbishment of Blacknor Fort on the West Cliff of Portland was first noticed. As then, I still have no idea what it will eventually become (a private dwelling or part of a TV documentary as previously suggested) but 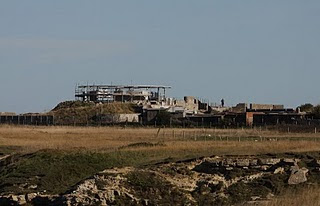 this photograph of that date compared to 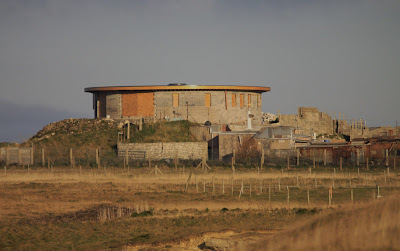 Barleycrates Lane, neglected since mid-autumn, was visited today with literally a single Meadow Pipit being noted but what a therapeutic walk out onto the cliff, which gave me lots of time to muse. Even there nothing was of note, but where else would I have wanted to be? Further along towards the Bill a few Guillemots and Shags clung to the lip of the cliff, as a few Rock Pipit and Jackdaw also showed. 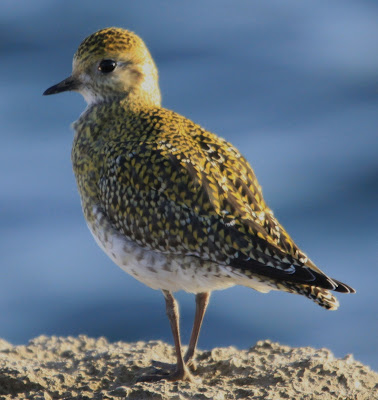 It was while looking for yesterday's reported c4 Purple Sandpiper that I noticed this lone Golden Plover, also on the edge of the cliff while looking back saw 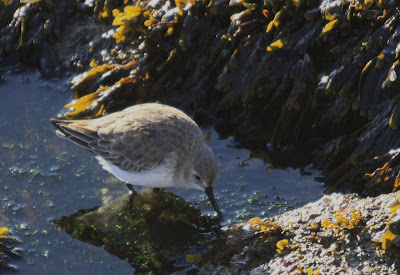 saw this Dunlin where the Purps should have been. Seems I was a little too hasty describing the 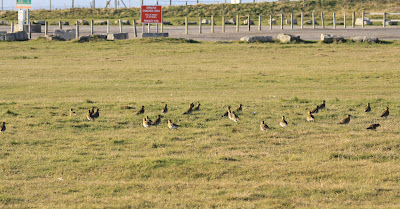 Golden Plover as 'alone', as there were a further c30 on the Bill Common taking to the air on occasion and flying as far as the Observatory before returning to the grassy area.

At the Obs, coinciding with finishing both sandwich and coffee and Edwin Welland returning home via Weymouth, a report came through of a number of Waxwing in Dorchester. Long awaited by just about every 'birder' locally, it would seem Dorset is the only county not to have had its share of these beautiful creatures from northern Europe. Ed's kind offer of a lift allowed me to rendezvous with Bowie and Sheila and head off in search of the birds. On arrival, it was plainly obvious that they were no longer there, as the throng of 'birders' were simply milling around and chatting to one another, they had flown of just a few minutes earlier - where have I heard that before? A search by several of us, driving around the local housing estate looking for berry barring bushes where they might be feeding was in vain, so we decided to return home via the scenic route. We must have looked in every tree along the way for the Waxwings but all of note were 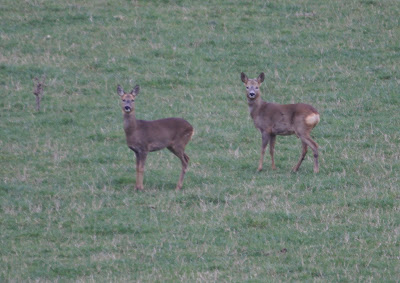 c8 Roe Deer in a field close to Martinstown, while on the back road through Rodden much of the road was taken up by a large number of horse boxes. 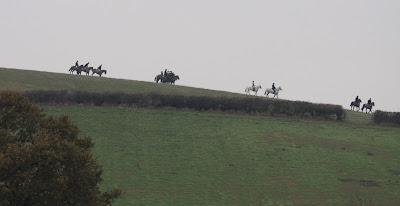 In days gone by this would undoubtedly have been a 'fox hunt', but as this is now outlawed in England you have to give the riders the benefit of carrying out a lawful pastime . To be fair, there were no hounds, although we did think we heard some, but you still get a very strange look when you start pointing a camera in what might be described as a 'sensitive' direction!
As there has been little in the way of bird-life locally, a return to Colombia was needed to bring you what will likely be the LAST of the images from the December 2009 trip there. 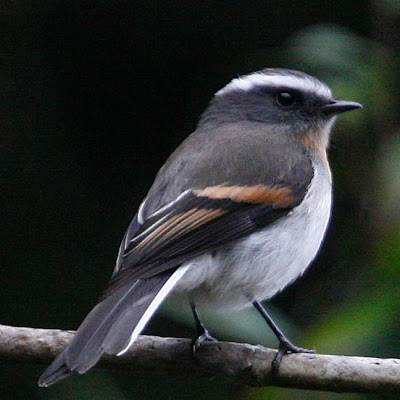 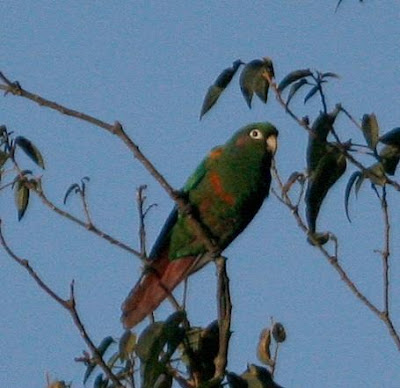 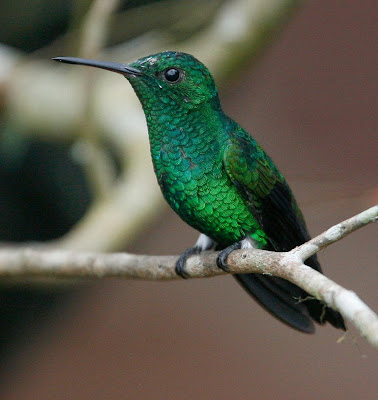 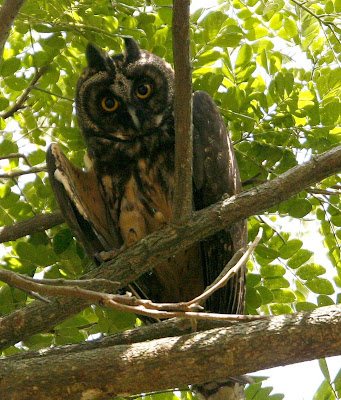 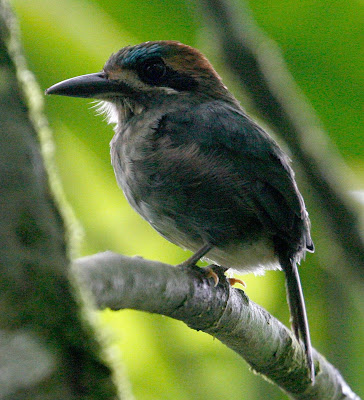 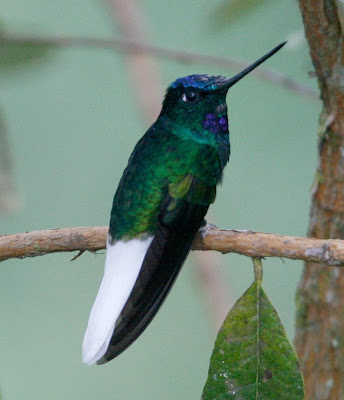 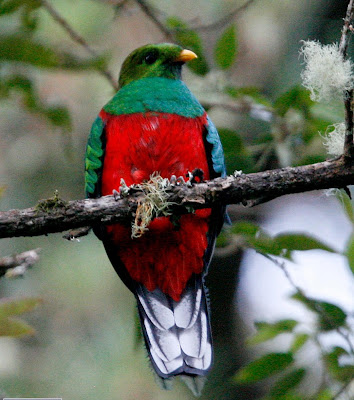 White-tipped Quetzal
Posted by Bagsy at 18:00