Fly On A Windshield - Genesis

There had been early warning of rain to come late afternoon, but leaving home at 06:30 my guess was it would be with us sooner rather than later. 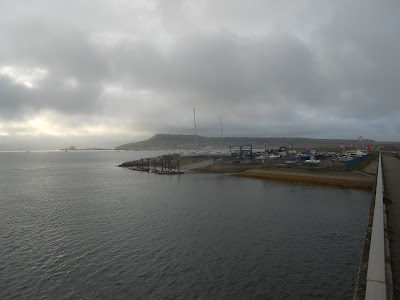 At Ferry Bridge and looking towards Portland, it was a continuous flight of dark rain-bearing clouds that continues to motor in from the west but nil desperandum onward to the foreshore. 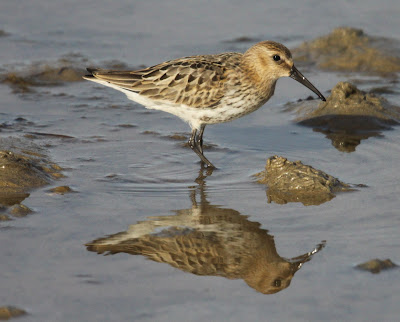 On the face of it things looked much the same as during the week except that Starling numbers appeared to have increased to 100+ and this DUNLIN was more or less 'asking' to be shot (by the camera that is). 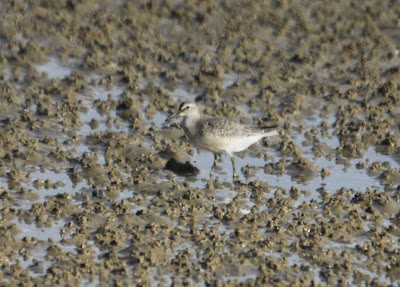 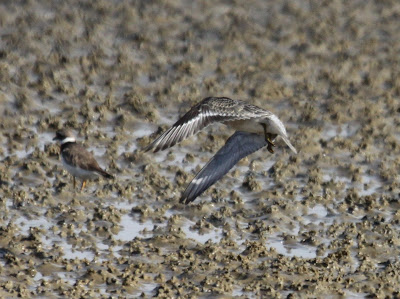 It would seem that the KNOT had also remained on site but with little else to delay me it was off to the Bill and straight into a 'Lifer'. 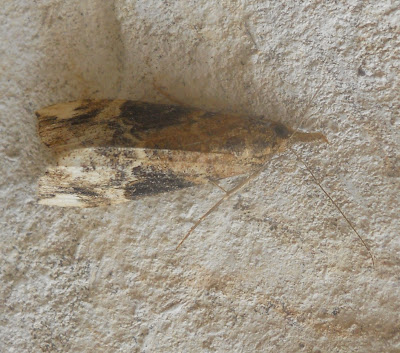 Having been dormant over the past 20 years I have forgotten most of what I had picked up during the 2 previous decades of Moth trapping, but still find these diverse insects intriguing. So no surprise then at the excitement when Martin Cade (Warden of the Portland Bird Observatory) presented me with a BLOXWORTH SNOUT. 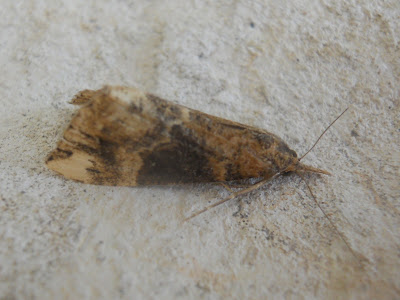 Of local (Dorset) interest, this is the first time I have ever clapped eyes on this species. A rare Red Data Book species of sea cliffs, grassy slopes and undercliffs in parts of south-western England, was first recorded at the Dorset village of Bloxworth, in September 1884. It remained a very scarce migrant until 1990, when a small population was discovered at Torbay, Devon with the species soon colonising the south coast from the Lizard in Cornwall to Purbeck in Dorset. On the Isle of Wight since 2003, increasingly recorded hibernating in small numbers in outhouses and caves, and at light, and perhaps now established on the south-east coast of the Island. In Hampshire recorded in the mid-1990s and again in 2009 at Southsea and now it would seem a colony on Portland. Its Wingspan is 29-32 mm and the Larva feeds on Pellitory-of-the-Wall. Some of the other specimens caught overnight included 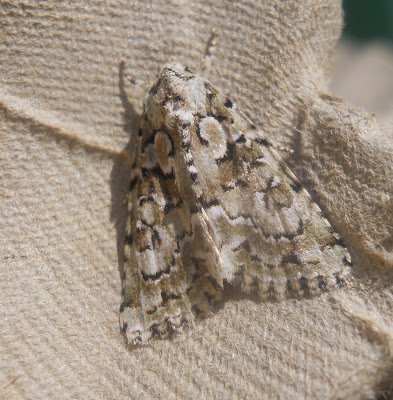 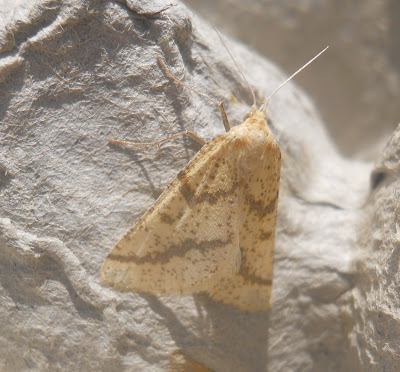 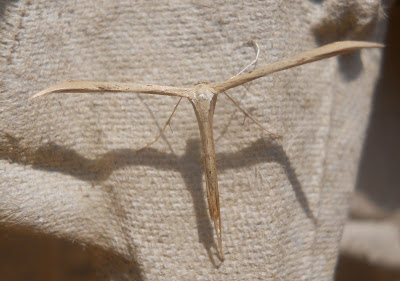 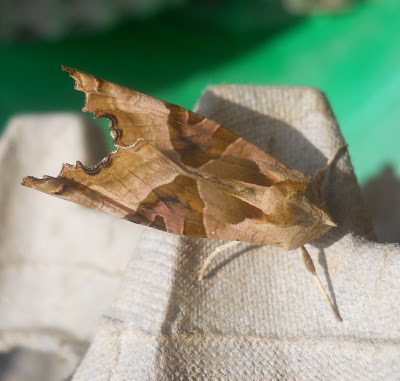 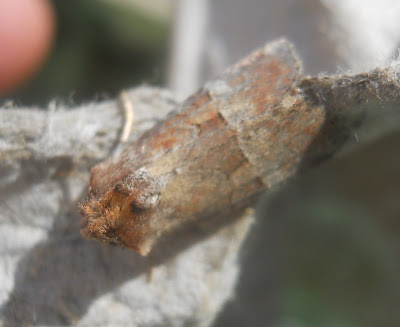 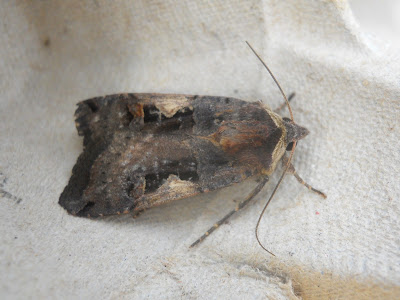 SETACEOUS HEBREW CHARACTER, a name I just love and have only found the meaning this very day. It refers to the furriness/bristliness and shape of the dark mark on its wings(there is another moth called simply "Hebrew Character" which is less "setaceous"). Thanks to the Internet. 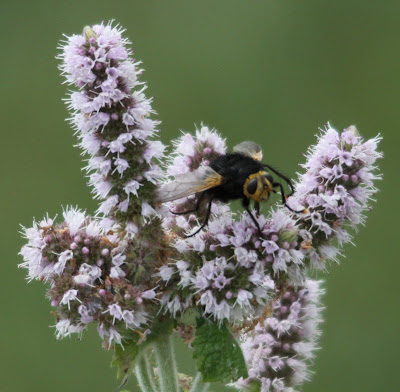 I first saw one of these huge Flies a few years ago sat on the wall at the Obs and bringing it to the attention of others by calling it a 'Black Bee'. 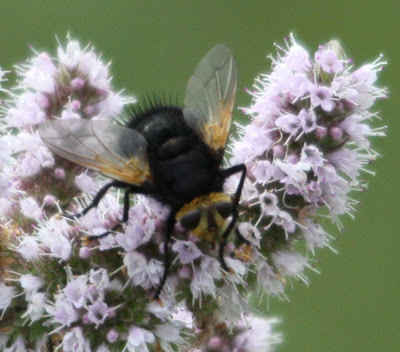 I was quickly corrected by a 14 year old schoolboy who pronounced "that is not a Bee sir, but a FLY which is the 'largest' in Europe named GIANT TACHINID FLY, Tachina grossa which now occurs annually at the PBO. 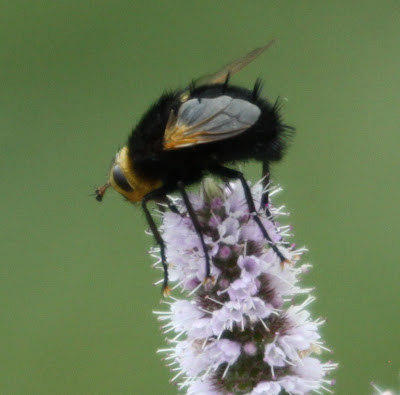 It was fantastic to be put right, but even more so by someone so young. All I have to hope is that I've remembered the right creature! 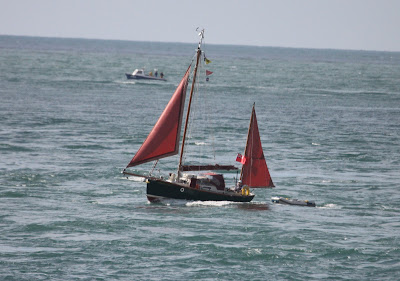 Before leaving the Obs, this fine looking sailing vessel rounded the Bill at full speed feeling the effect of the last hour of the 'flood' tide. 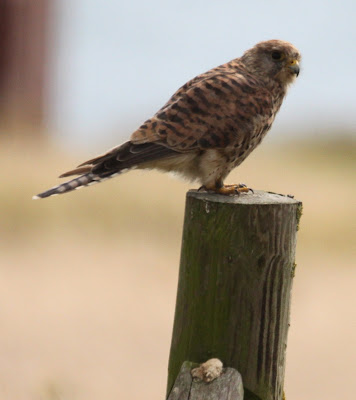 While further on was this KESTREL 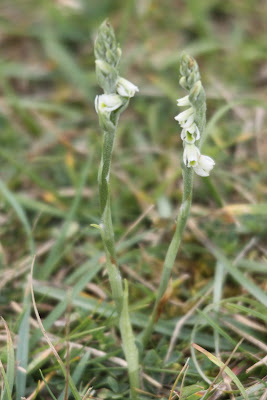 along with a few AUTUMN LADY'S TRESSES ORCHIDS which I had been alerted to by Dave and Ann Rashley. 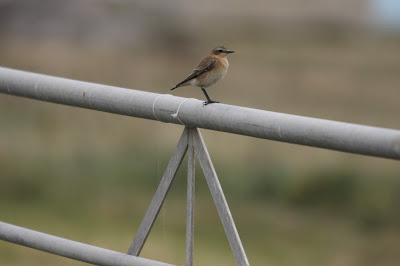 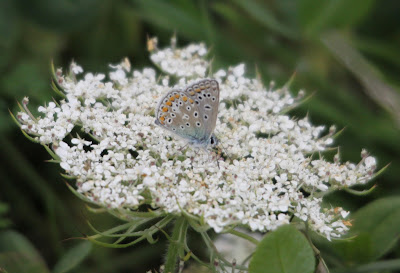 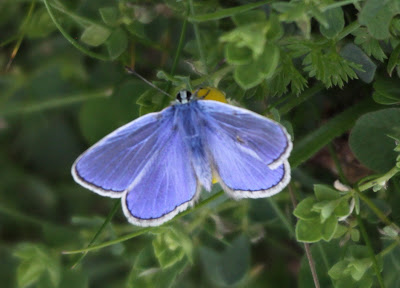 plus a similar number of COMMON BLUE BUTTERFLY. However, I leave the best till last on a day when our friends Simon Earwicker, Deborah Tessier along with Dave (The Fungalpunk Nature) Higginson-Tranter and Wife started their annual Summer holiday here on Portland. Great to see you ALL again and looking forward to more in the coming week. The heavens opened soon after arriving home, making the Weatherman 'spot on' so going by that and his forecast of 'DRY' tomorrow, let's hope he's right again!
Posted by Bagsy at 17:52