The Power & The Glory - Gentle Giant

Once again the weather forecaster got it right, and while it wasn't a blistering Summer's Day it was almost unbroken sunshine with just a few passing clouds and a gentle north westerly breeze. 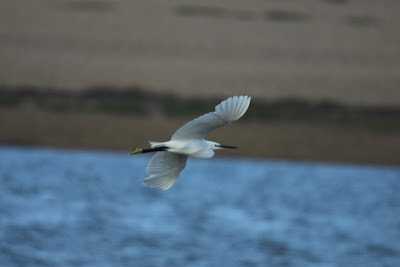 With the exception of a rapidly departing LITTLE EGRET, things at Ferry Bridge had remained much the same as the past few days where among the 200 or so mixed Waders (mostly Ringed Plover and Dunlin) 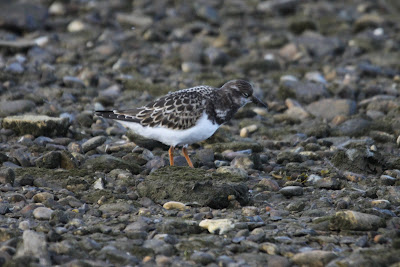 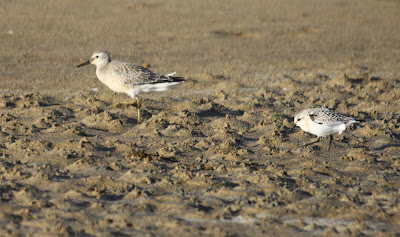 the KNOT and c7 SANDERLING remained. 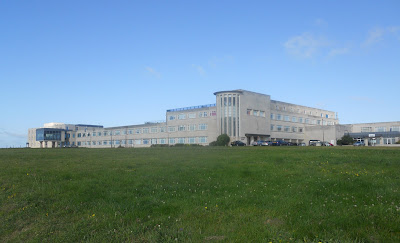 Reaching Southwell I was interested to visit what used to be the Admiralty Underwater Weapons Establishment to see the status of the temporary accommodation provided for the 'Olympic' Police Force and was surprised to note it had all been removed. There were reports in the press (well not the real 'press' just the Dorset Echo) suggesting that it had been substandard, but talking to a number of those living there every facility had been afforded, sanitary and catering were both of the best with the single word description being 'comfortable'. Well done to ALL those who took care of us during this fantastic event! 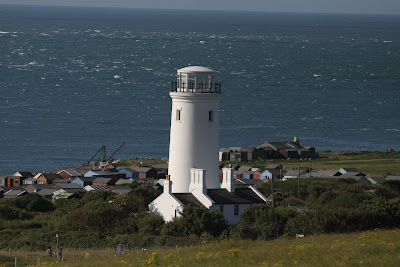 Yes, we've all seen this image before, but when I reach the crest of the hill above Culverwell and see the sun shining on this lighthouse, which is the Portland Bird Observatory, I want to share it with everybody! 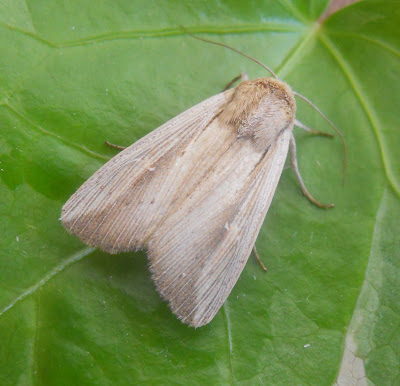 Within, there had been a decent overnight haul of Moths best of which was 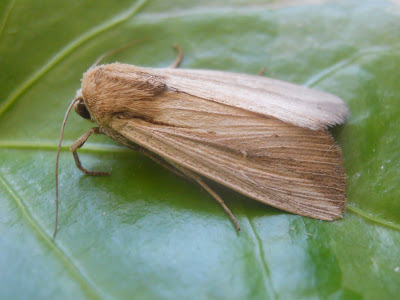 THE COSMOPOLITAN, not rare but uncommon so well worth seeing again, and what a great name? Although the 'mist nets' had been deployed there was little to show for the effort, but there was some excitement to come from seaward 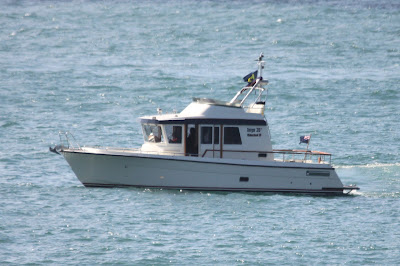 as the ungainly looking MARSHALL BOAT 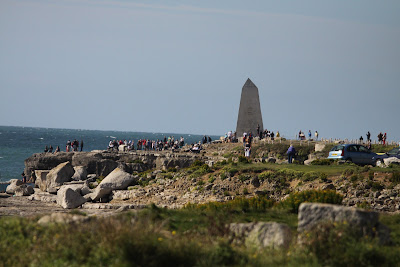 and the CROWDS took up station to view the 2012 Cowes-Torquay-Cowes Powerboat Race. 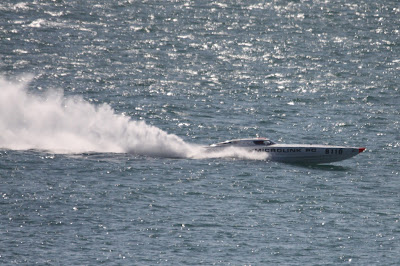 Here are just some of the entrants as they rounded The Bill. 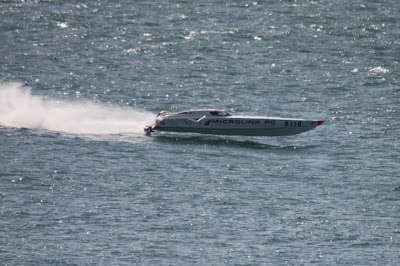 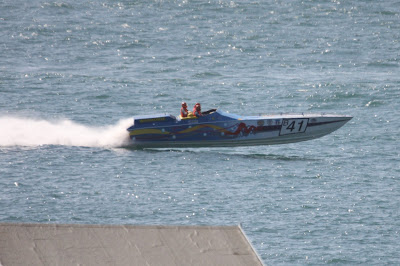 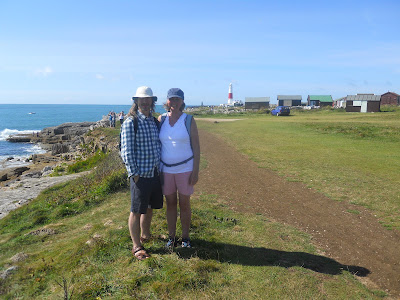 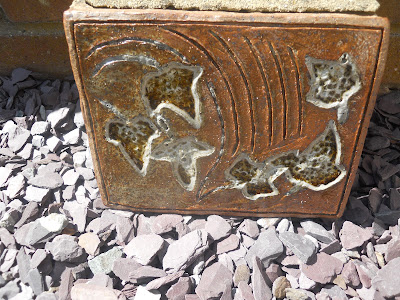 opportunity to show off the beautiful 'garden tile' Deborah had made for me. It is now in pride of place! 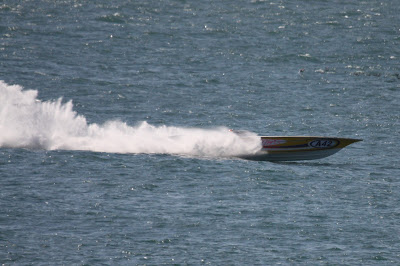 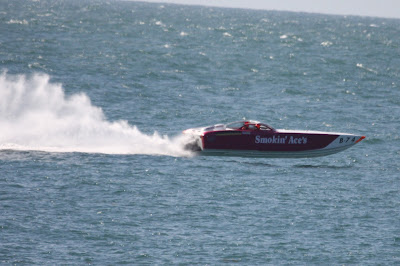 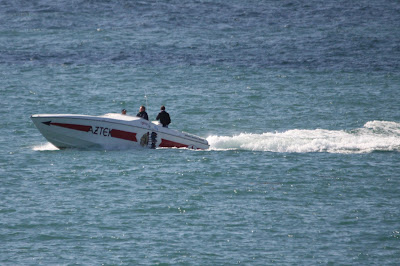 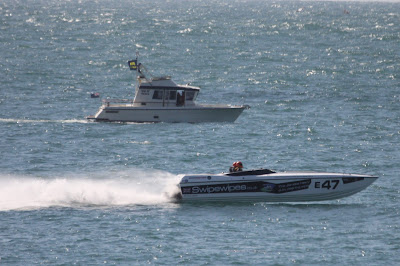 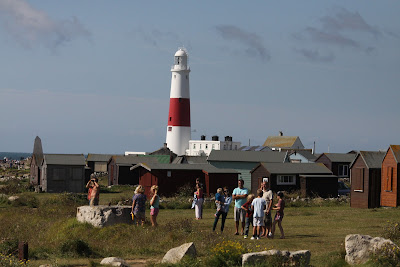 Another section of the crowd with the 'Active Lighthouse ' as a backdrop. 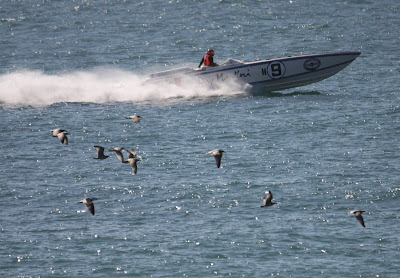 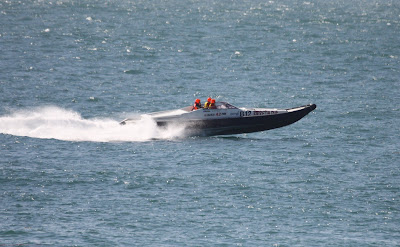 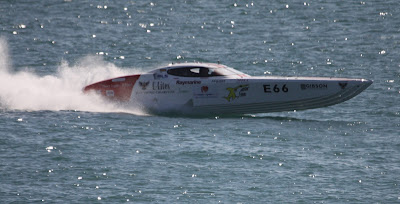 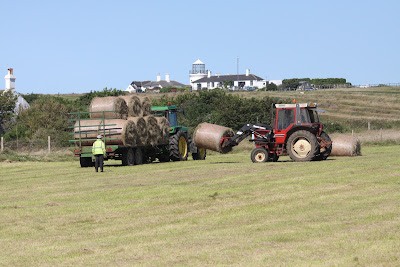 Despite the rain, there has been something of a decent crop of Hay from the Bill Fields, here Curtis Gould completes the final part of the harvest loading and transporting the bales back to the Southwell Farm. This shot also features the 'oldest' of Portland's 3 Lighthouses, I for one certainly wouldn't want to leave that one out. 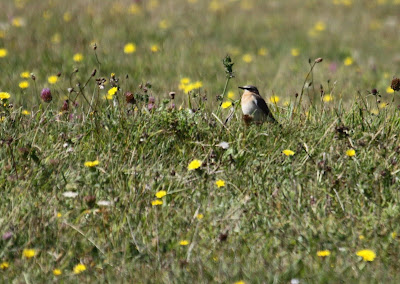 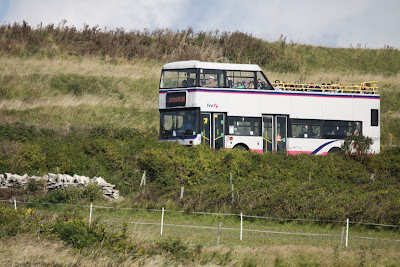 as Holiday Makers continue to arrive on the open-top bus service from Weymouth!
Posted by Bagsy at 17:42