Rhythm Of The Rain - The Cascades

Rained off before 07:00 today, so returned to base to get on with a bit of homework. Lucky then that there are a few photographs outstanding from earlier in the week which included another encounter with the American rhythm 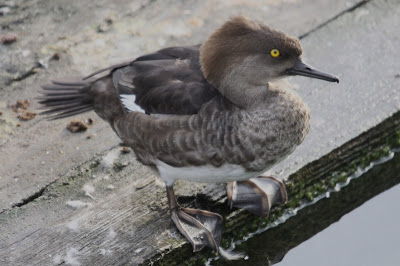 HOODED MERGANSER, with us for many months now. 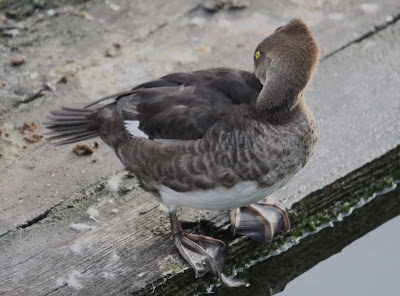 It has been favouring the waterline catwalks, on the Gurkha side of the Westham Bridge sluices, and seemingly moving little. This may be due to moulting plumage as it is now in full eclipse. 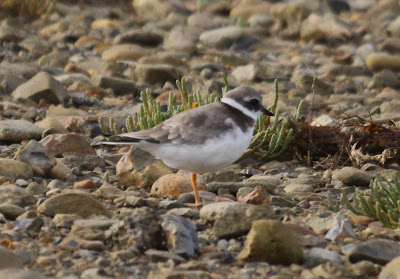 At Ferry Bridge numbers of RINGED PLOVER remain around the 100 mark, 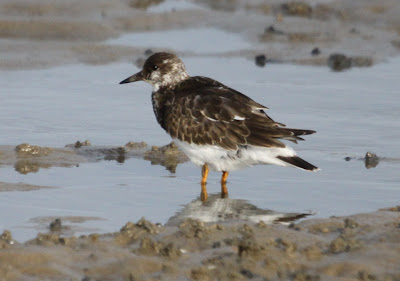 while TURNSTONE amounted to just 5. 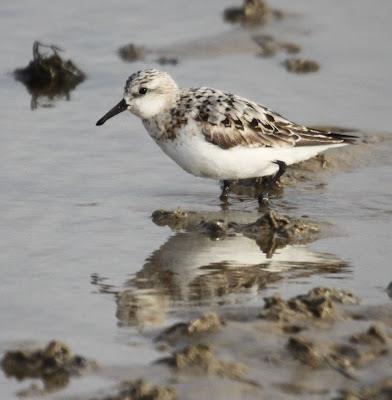 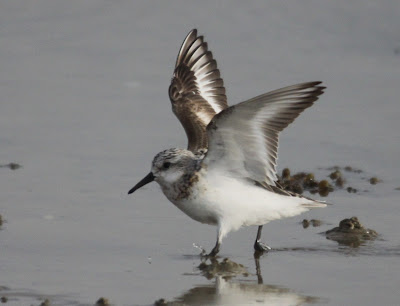 SANDERLING were represented by a couple 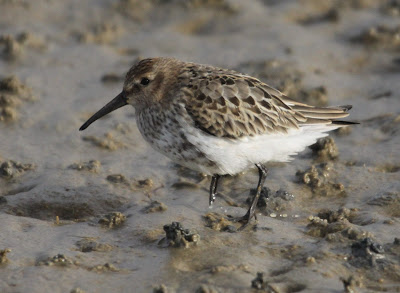 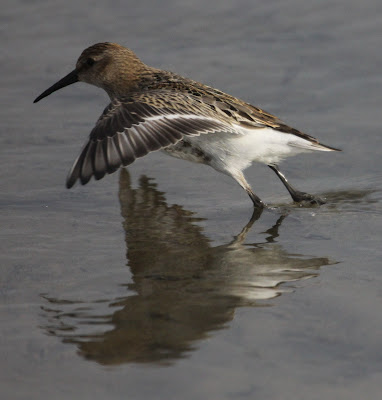 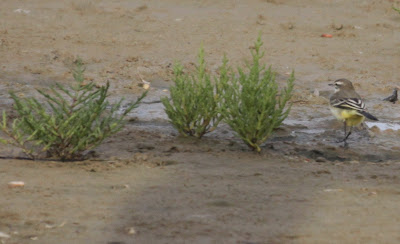 Slightly more unusual was the appearance of c2 YELLOW WAGTAIL, 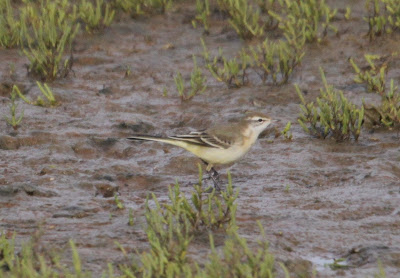 while continuing on the 'migrant' theme 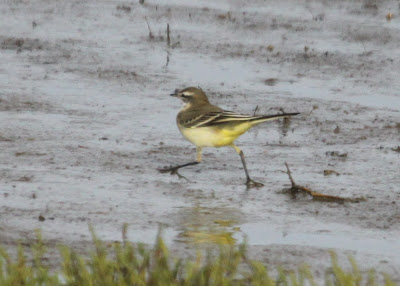 there were c5 Wheatear close by plus an overflying Whimbrel. 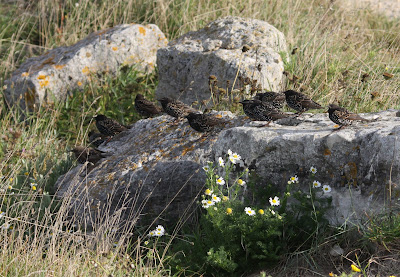 STARLING numbers were also up on my last visit, 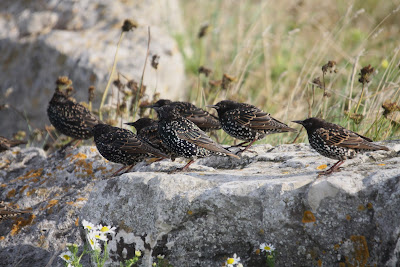 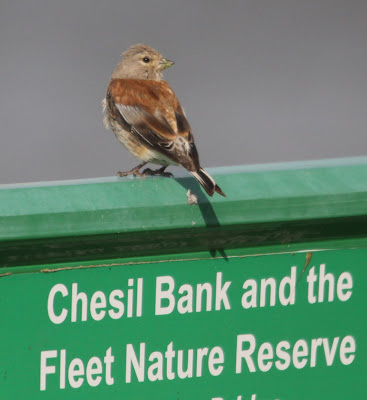 while small flocks of LINNET forage among the Tamarisk. 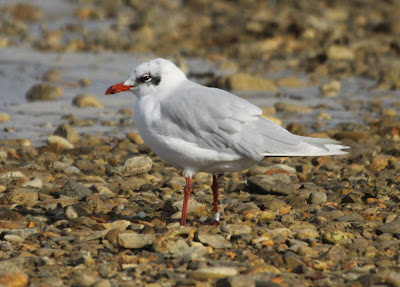 Only c3 MEDITERRANEAN GULLs today, but it was now time 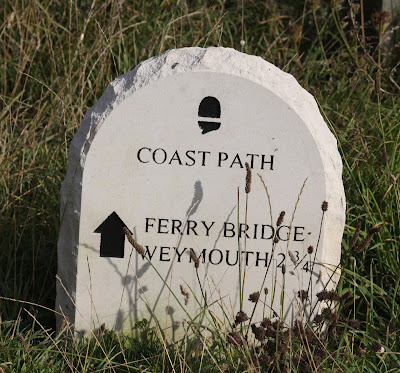 to continue to Portland Top Hill 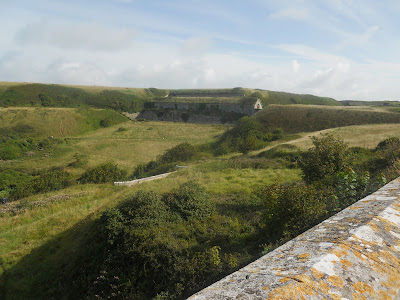 and to the High Angle Battery close to the VERNE CITADEL pictured. A labyrinth of earthworks including one of the 2 Prisons and World War II Fuel Dumps and maybe in the future a storage point for Natural Gas? 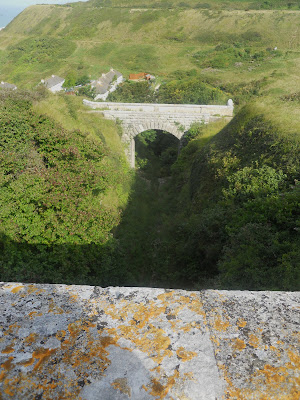 Here too are 4 stone bridges that cross the depression that was once the track for transporting Portland Stone from the top of the Island to the Quays below. 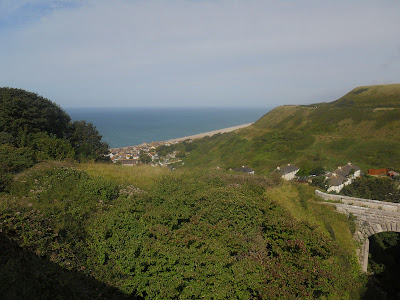 From this point you can see part way across West Bay, 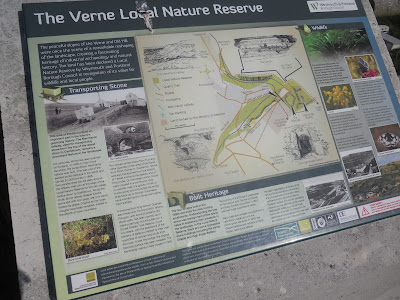 and here it is hoped the Information Board is of some help. 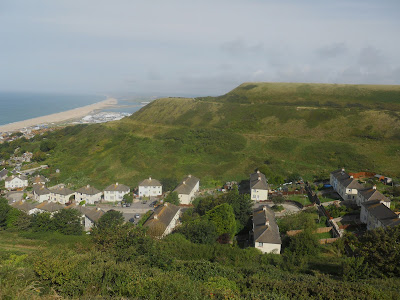 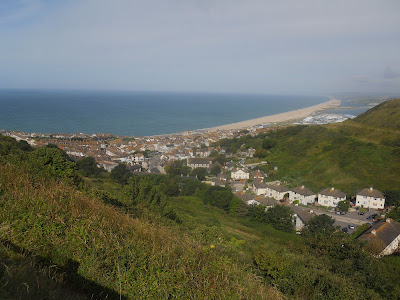 the more of the Bay and Chesil Beach opens to view. The reason for this visit had been in the hope of re-locating a 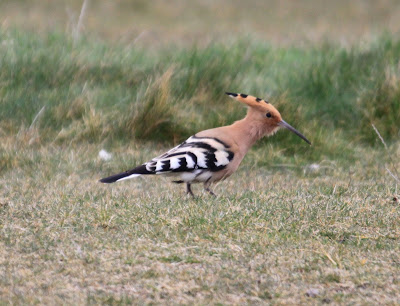 HOOPOE which has been seen here over the last couple of days. 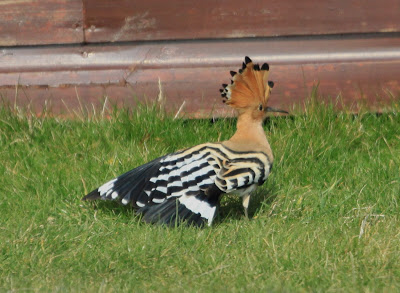 Unfortunately no luck with that, but thought it worthwhile to publish these images of a bird seen at the Bill last year. 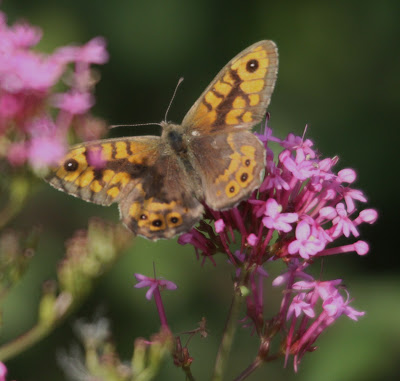 There were also a good number of WALL BUTTERFLIES on the win along with a few 'Blues' which remained unidentified. 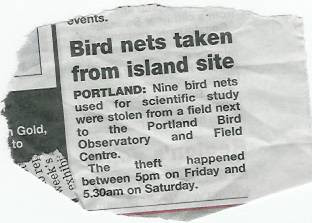 Finally, on a sour note, last Friday the Warden at the Portland Bird Observatory awoke to find some CRETIN had stolen a number of 'mist nets' from the field opposite the Obs. Not to be too Draconian, let's bring back Hanging that's what I say!
Posted by Bagsy at 18:05