Shall I tell you about my life
They say I'm a man of the world
I've flown across every tide
And I've seen lots of pretty girls
One thing the Band of Gypsies could never be accused of is not getting the maximum out of a gig. Yesterday's post was only the first part of the game but it was considered likely too long winded to publish both halves on the same day. So, here we are after Blarney Castle at about 14:00 entering the 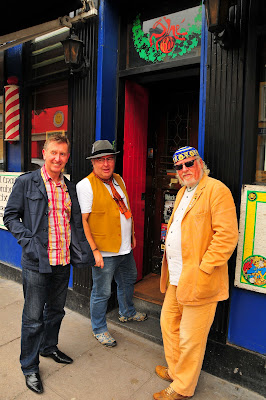 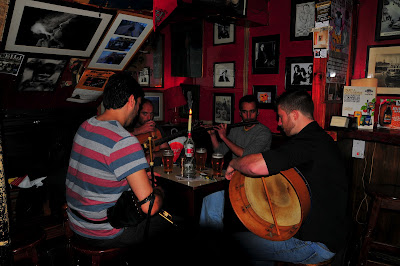 I don't recall the band's name but they were already there and started playing soon after we had got our Murphy's. 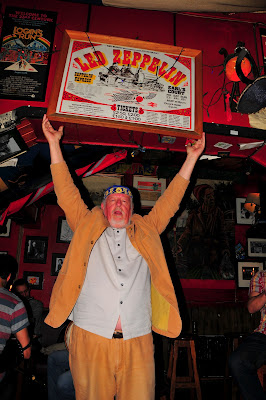 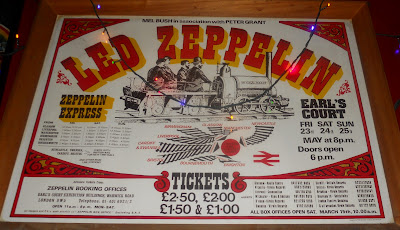 A Whole Lotta Led always starts things off on the right note, 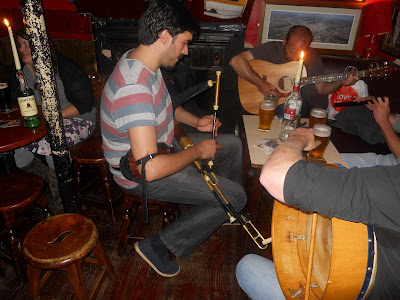 but one glimpse of the Uilleann Pipes (complete with elbow-bellow) did it for me. The undoubted maestro of this haunting instrument is Cumbrian Troy Donockley, to hear him at his best take a listen to the album Passengers by the band Mostly Autumn. 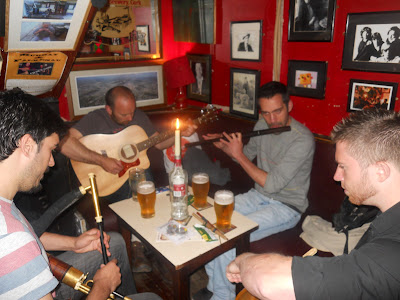 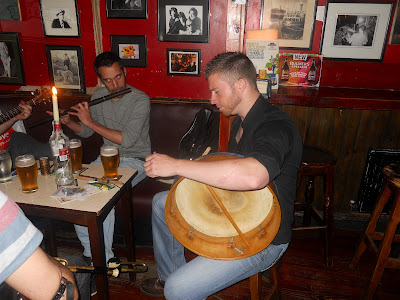 were joined by the Bodhrán, an Irish frame drum, 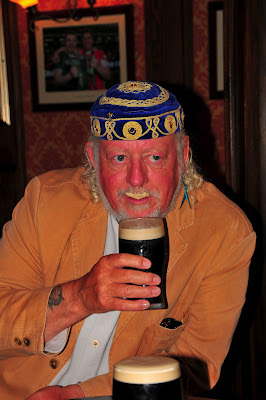 and a Guinness or three, followed by a visit to 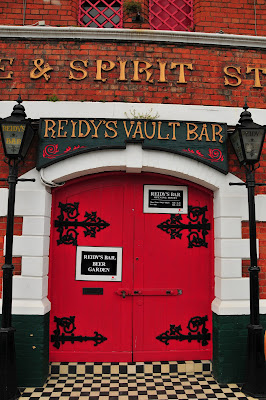 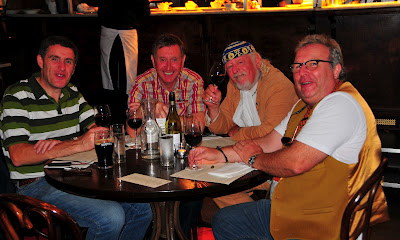 for a couple bottles of decent vino 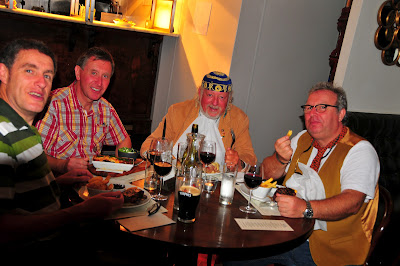 and a very tasty dinner before making for 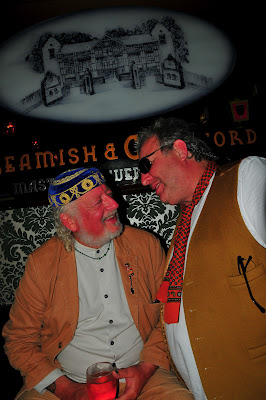 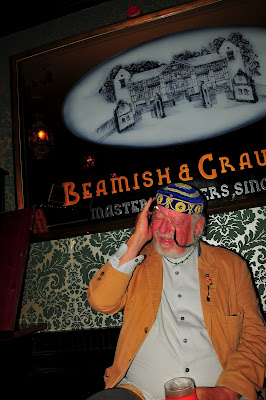 The Bodega Night Club the other side of the River Lee. Time for a chat with Jim and a chance to straighten the hat. There had already been some mention of the Peter Green lookalike in Sin E 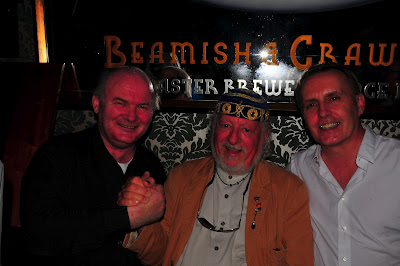 but it was about to be cranked up a few notches by these 2 gentlemen who simply wouldn't have it that I was not 'the man'. 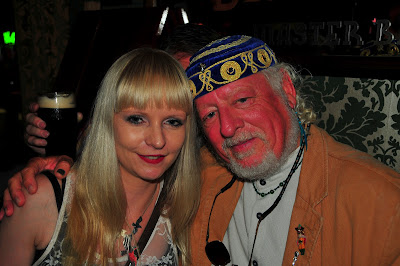 They in turn introduced me to Kate O'Shea, Events and Promotions Manager both here and at the Crane Lane Theatre, with her and I hitting it off immediately, 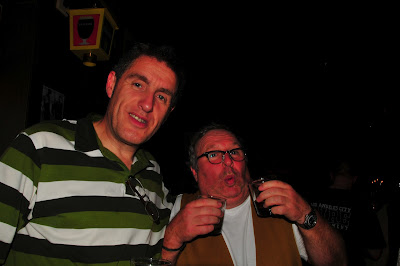 while Craig and Jim had a little jig. 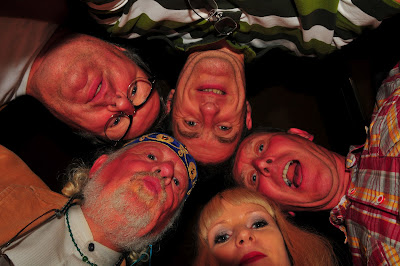 The next photo shot was 'in the round' but now time to spread ourselves about and meet more people. Mostly female (no complains there) but by now the days 'hellraising' was starting to take its toll. What a great vibe, a really exciting place to be 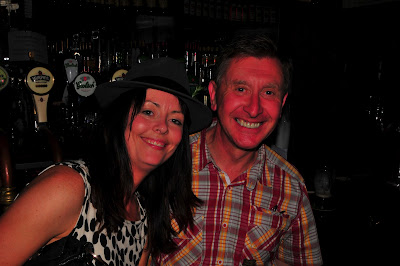 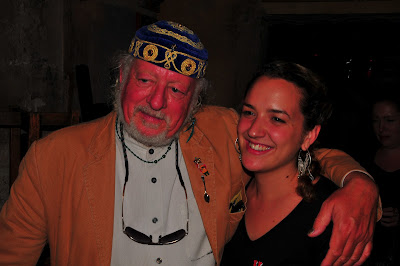 and I wouldn't be at all surprised if we don't all come back again, preferably SOON! 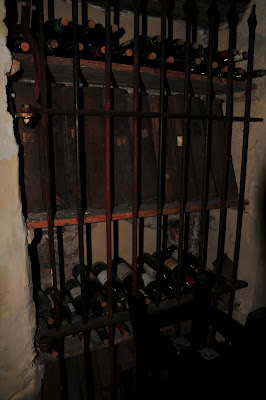 Some of the original manuscripts, ledgers and wine that was found in the vaults when being converted into this nightclub. 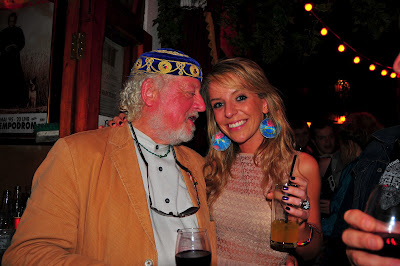 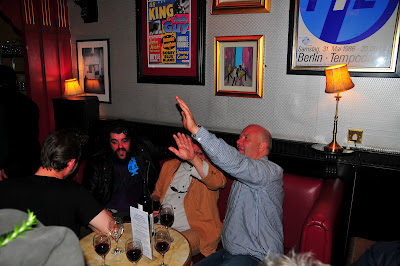 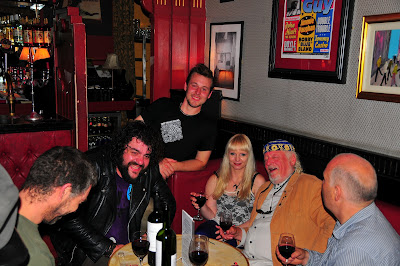 We also met up with David, in the blue shirt, and shared a couple of bottles of wine along with 3 members of the 'in-house' band Renegade. 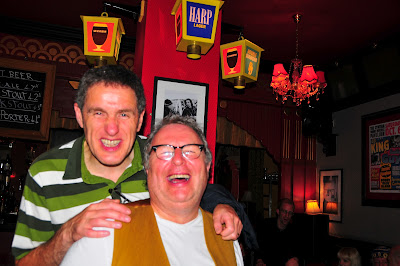 Well, looks to me every bit as though someone is ready to leave 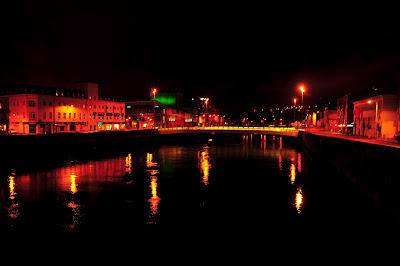 so as the City Hall bell struck 3a.m. 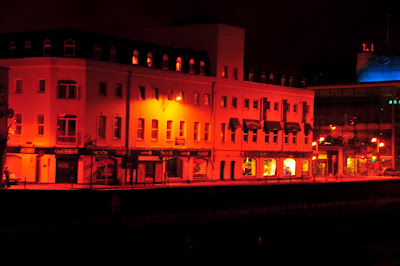 we poured ourselves into a taxi and headed for bed. What a Day, What a Gig and What a Town! 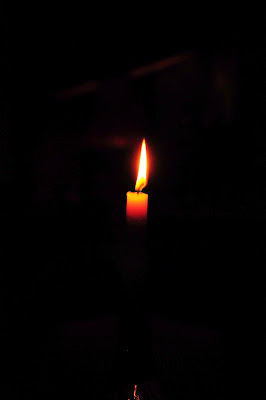 Sláinte Mhaith - Marillion
A hand held over a candle in angst fuelled bravado
A carbon trail scores a moist stretched palm
Trapped in the indecision of another fine menu
And you sit there and ask me to tell you the story so far
This is the story so far
From the dream on the barbed wire at Flanders and Bilston Glen
From a Clydeside that rusts from the tears of it's broken men
From the realisation that all we've been left behind
Is to stand like our fathers before us in the firing line
Waiting on the whistle to blow
Would the last one to leave please blow out the lights!
Posted by Bagsy at 18:19