Sunshine of Your Love - Cream 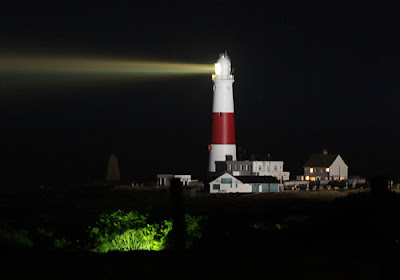 From a couple of nights ago, a sight of the Portland Bill Lighthouse as most have never seen it before. Why it was illuminated no one seems to know but it did coincide with a visit by the Prime Minister to the Portland Olympic Complex. Thanks go to Martin Cade (Warden of the PBO) for kind permission to publish this amazing shot.

Also of great coincidence, today has been one of wall to wall sunshine (along with a gentle breeze) as we hoist the 'sunshine' flag of KAZAKHSTAN as the latest addition to the readership. Country number 173 we extend the usual warm welcome and hope that the LINK is spread throughout that land - Thank You! 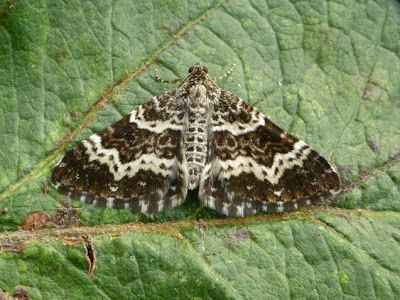 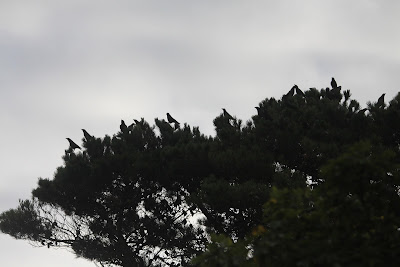 My day, as usual, started in the cemetery where all the singing was coming from singles of Goldcrest and Coal Tit but was soon blocked out by a cacophony of noise from the other side of the road. As I approached 2 large Fir Trees c6 CARRION CROWs flew off leaving just c55 others clinging to the branches. This has to be a record count for the site, and I feel sure there were more hidden by foliage that went uncounted. 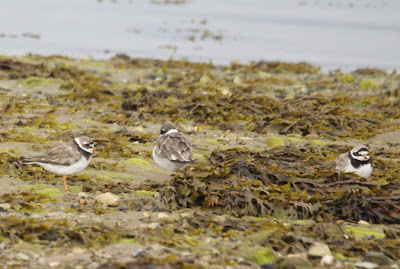 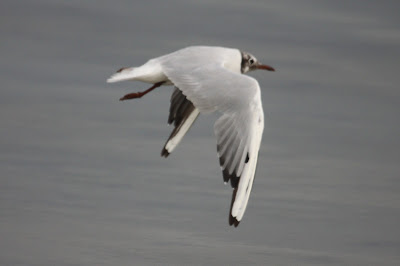 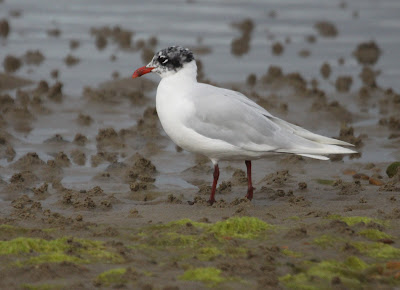 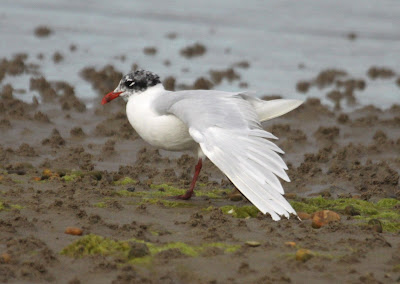 one of which obligingly did a little wing stretching. 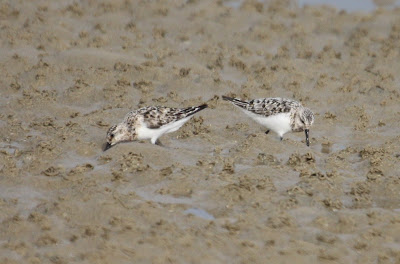 c4 SANDERLING and singles of both Oystercatcher and Turnstone were also seen. 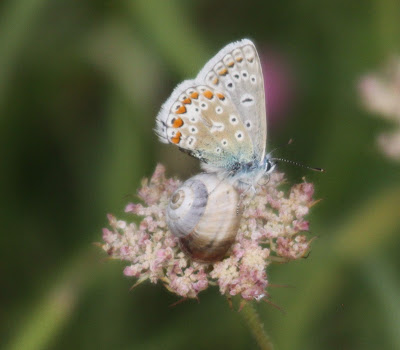 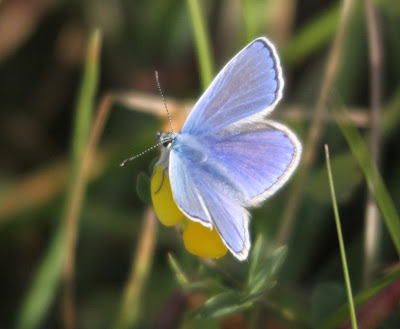 Across Beach Road the grassy west shore of Portland Harbour was pretty much alive with COMMON BLUE Butterflies, one even managing a balancing act atop a Snail Shell. 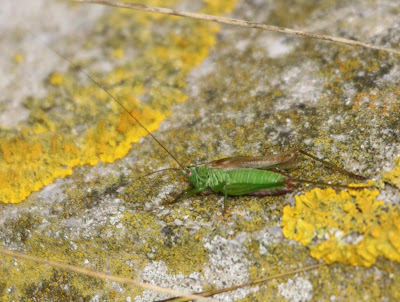 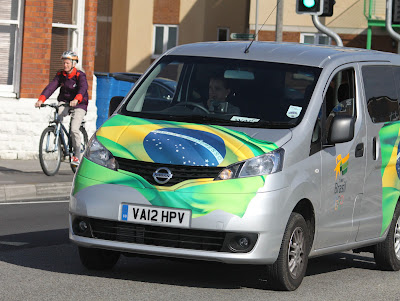 as the BRAZILIAN SAILING TEAM VAN drove past. 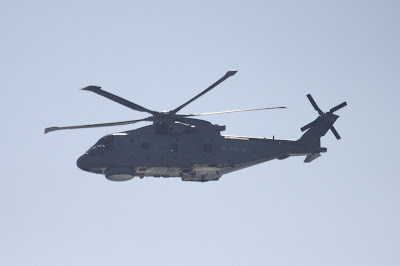 At the Bill the MERLIN HELICOPTER from HMS Bulwark were flying much closer to the shore making for a fine photo opportunity. I was thinking and hoping that they were giving crew members a chance of viewing this extraordinary coastline from above? Apart for a single Wheatear and a Melodious Warbler that was seen only briefly by a few (not me) there were little in the way of birds, but that was certainly redressed by numbers of Moths caught overnight. 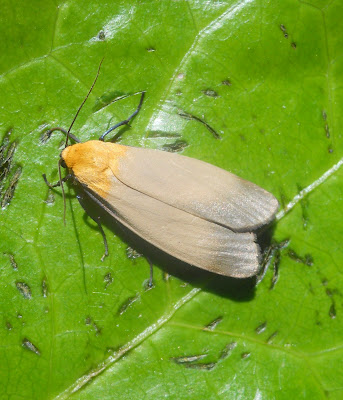 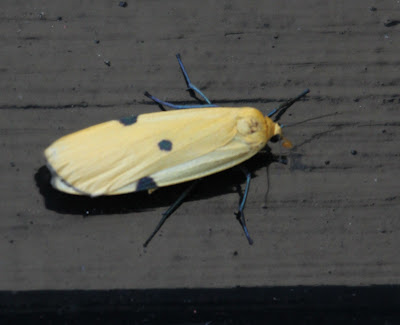 female FOUR-DOTTED FOOTMAN, only my second sighting of this insect, 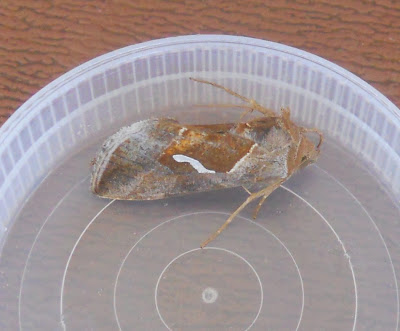 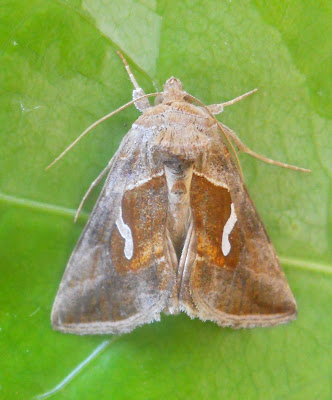 of which the 'first' was in my own trap about 30 years ago when it qualified as only the 16th record for the United Kingdom. Since then this migrant has become more frequent but still considered a very good capture by any Mother. 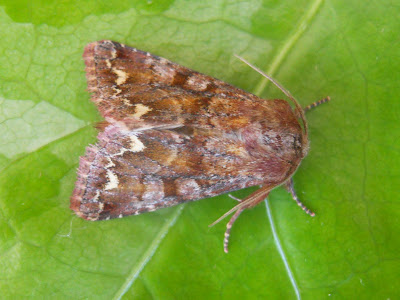 BROOM on the other hand was my first ever, 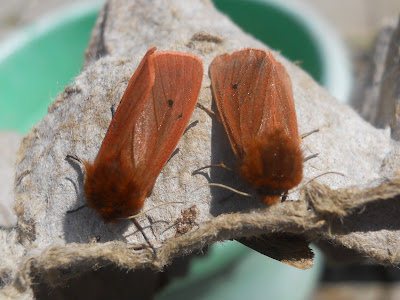 but then things started to get a little more common with this pair of RUBY TIGERs, 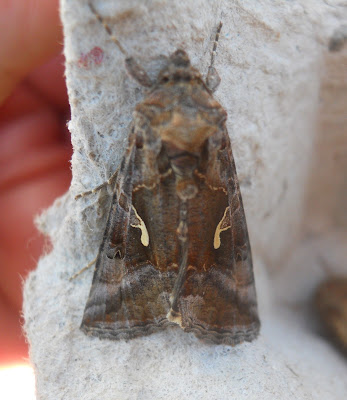 a good number of SILVER Y's, which a a very common migrant and 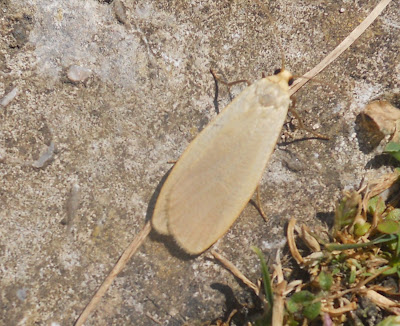 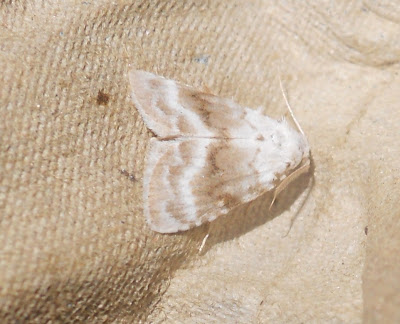 One of my personal favourites is KENT BLACK ARCHES and finally another couple of photographs from the Warden, 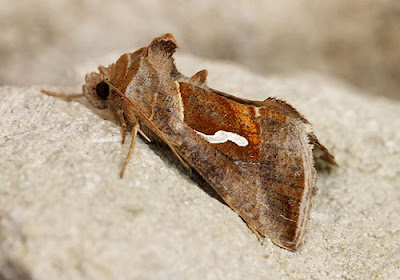 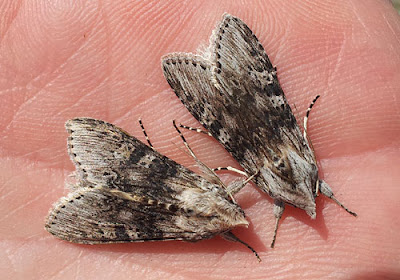 and 2 WORMWOOD SHARKs from around the same period. 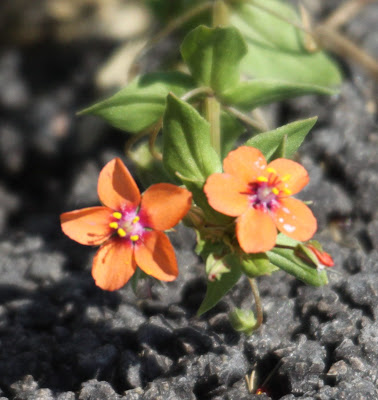 Wandering home there were SCARLET PIMPERNEL, 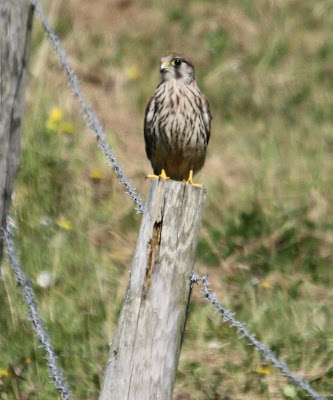 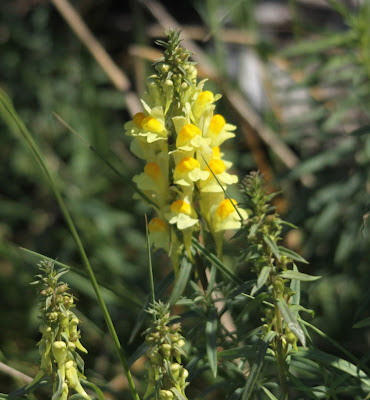 COMMON TOADFLAX while stopping for a Cider with the Secret Lemonade Drinker, 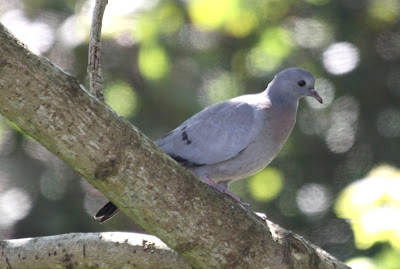 there was a STOCK DOVE, Great Spotted Woodpecker (unusual here), 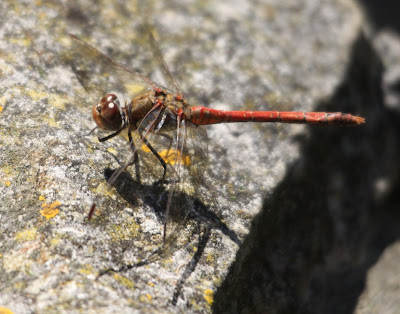 a COMMON DARTER and Southern Hawker Dragonflies.
Posted by Bagsy at 18:06