With so much business activity here outside of the 'birding', I was more than happy to join Hugh this morning on a tour of some of his interests a little further afield starting at 05:00. First call at Salisbury, followed by Devises and Marlborough then a coffee/savoury pastry stop and meeting at the Chiseldon Service Station, Swindon. With a tight schedule it was on to an almost clear M4 and a bit of a dash to Avonmouth. One of the best egg and bacon sarnies ever with the Grass Seed Rep before hitting the motorway again, this time the M5, south to Curry Rival. Our final port of call was about 20 miles away at Podmore which brought back a few memories of a small colony of Cirl Buntings that used to favour an orchard at Langport, but sadly no longer! A meeting and lunch for Hugh on home turf (so to speak) at 14:00 was too much for me, so opting to return to the wildlife with a feeling of pleasure that I had taken up the offer. Of most interest and an eye-opener for this technophobe was the way business is carried out on the move. Everything is via the in-car computer and on voice command including all phone calls and navigation, this was all brand new to me! 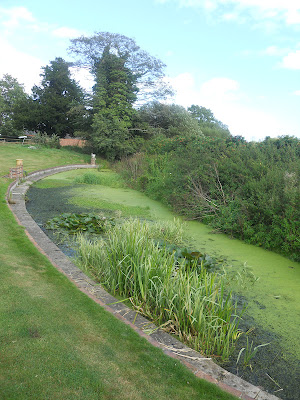 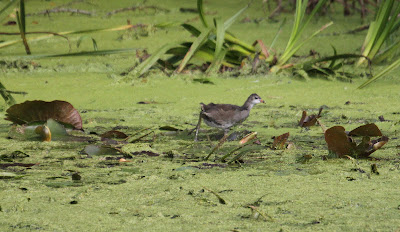 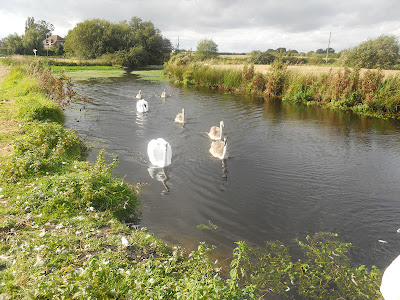 On the main Parley Pond all 5 Cygnets have survived and have grown rapidly since my last visit. 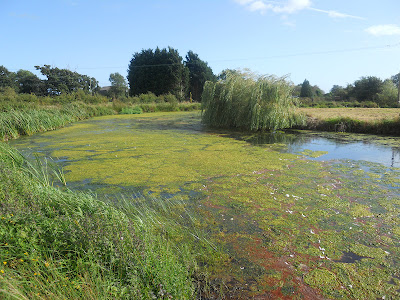 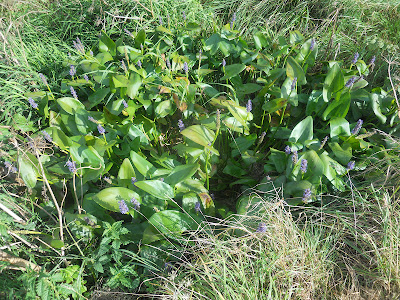 these rather nice waterside plants. 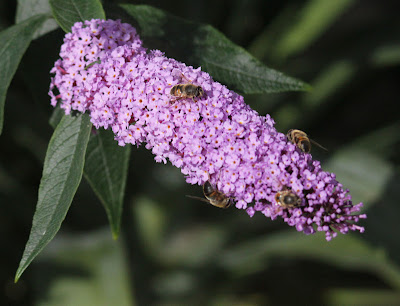 Seemingly no shortage of BEES here, with several species of Butterfly also on the wing such as 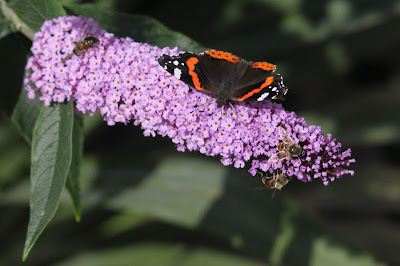 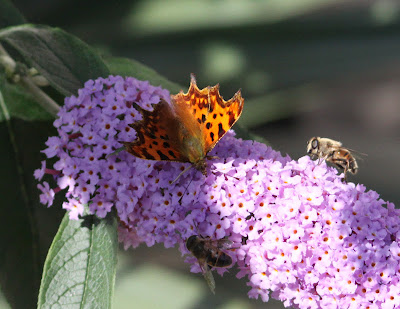 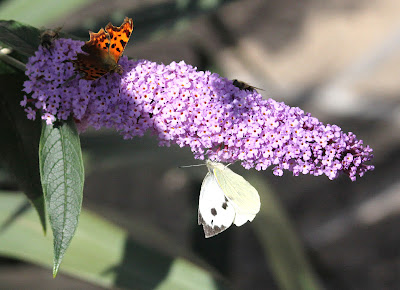 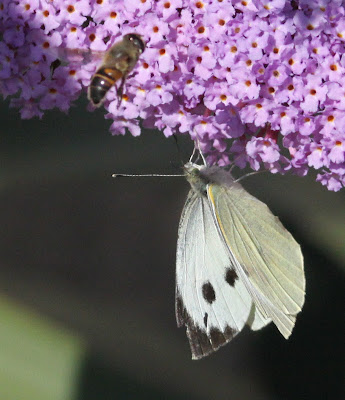 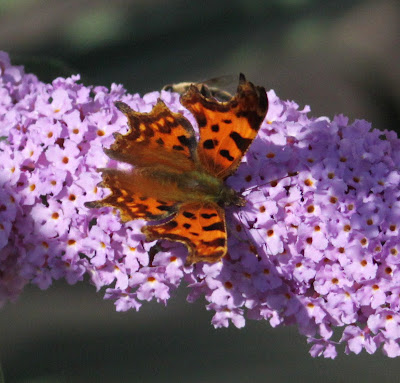 and shouldn't there be another COMMA in this sentence? 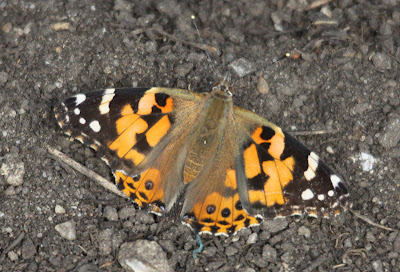 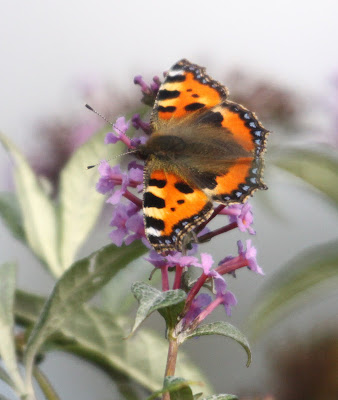 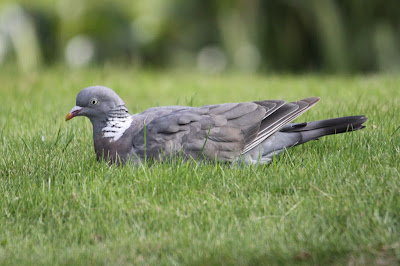 As ever 'lots' of WOOD PIGEON about, this one seemingly crippled and approachable, along with Collared Doves. 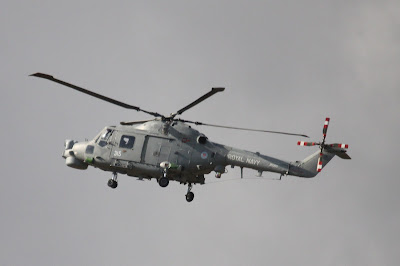 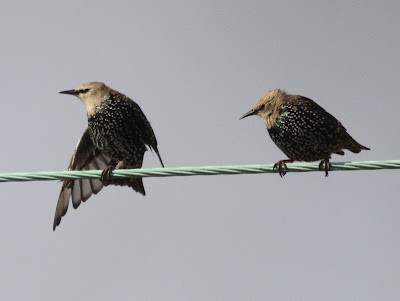 started to gather for a pre-roost preen on power lines 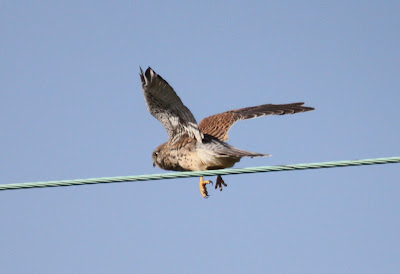 along with a departing KESTREL. 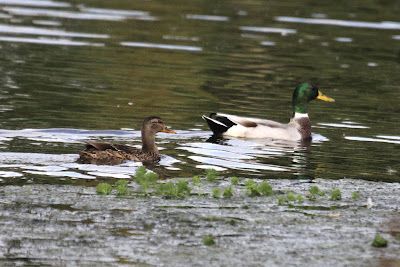 Never a problem recording MALLARD here in all of the pond 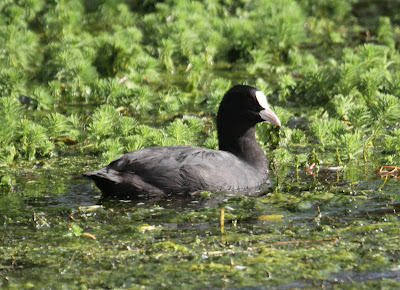 which also applies to COOT while the numerous bird feeders attract good numbers of House Sparrow, Gold and Greenfinch, 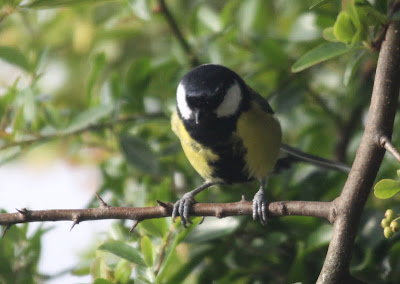 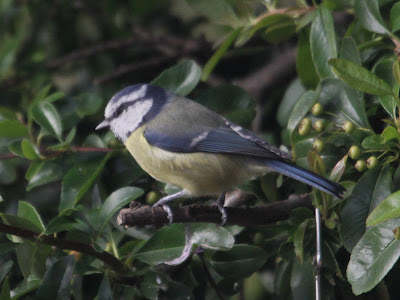 BLUE TIT. Hugh also tells me that Grey Partridge have been seen close to the Golf Course in recent weeks, a species I will be paying close attention to in days to come. 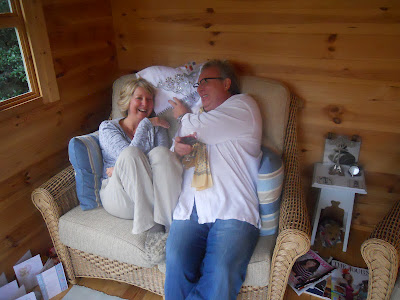 I'm pleased to say that I have arrived safely in Yorkshire and looking forward to the Happy Occasion tomorrow. Even more pleasing was being able to sit down quietly with Jim the Medic and Liz and give them both a bit of advice about the 'birds and the bees' if indeed I had for once identified them correctly. 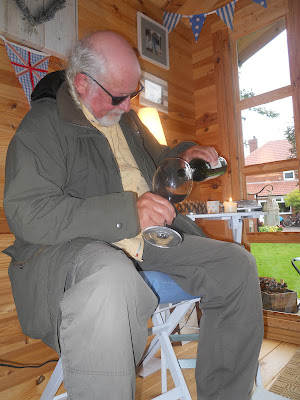 My Fatherly Duties completed it was time to retire to the Summer House and enjoy a Charley Herring Spotwood, of which JtheM has managed to secure me a case, so I think I'll leave now, or after they have bought me dinner.
A message for the Dampney Family:- Jim and Liz were delighted with your gift, see you Monday.
Posted by Bagsy at 18:34