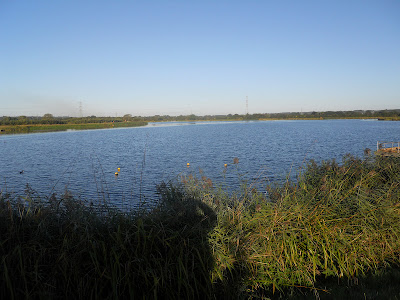 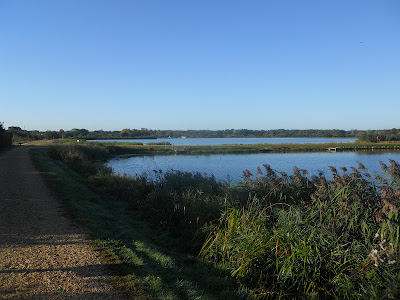 but despite the fresh north westerly breeze the water surface remained calm and OK for observing what Wildfowl there were about. 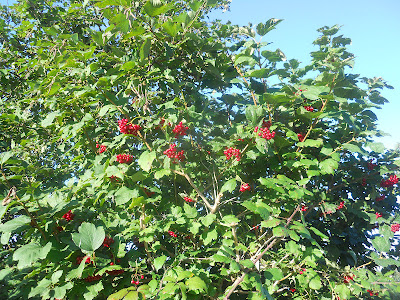 The wayside bushes are full of fruits, while first up was a distant 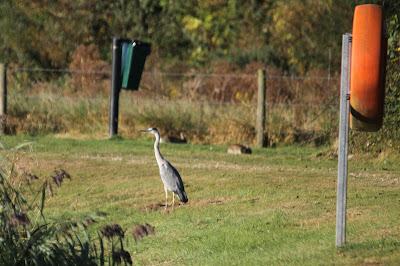 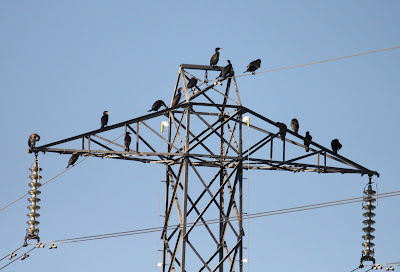 and CORMORANTs even further away on the run of pylons. 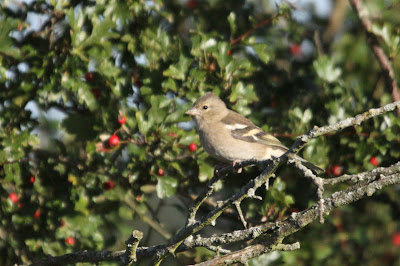 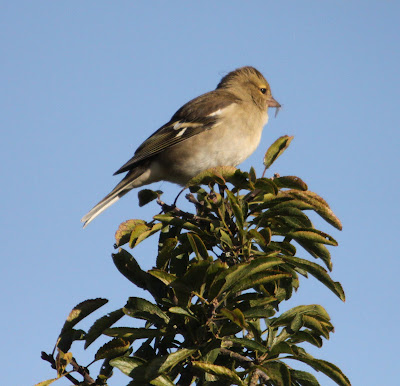 CHAFFINCH, Willow Warbler and Chiffchaff were present in good numbers but nothing compared with 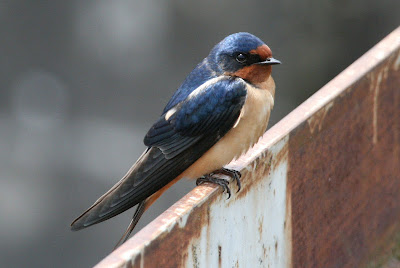 Swallows, seen here in their hundreds, but even that being well surpassed by 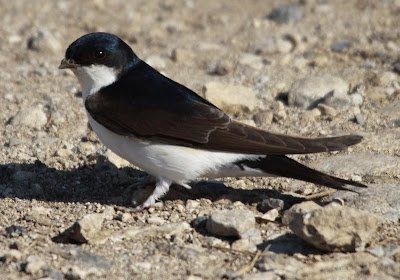 HOUSE MARTIN numbers which were estimated as being in the 2 to 3,000 range? 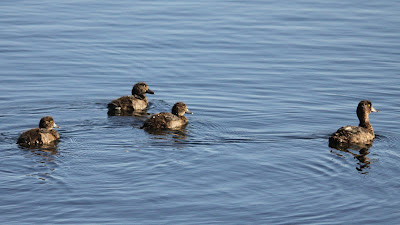 Juvenile TUFTED DUCKs were well represented with at least 30 along with double that number of adults, 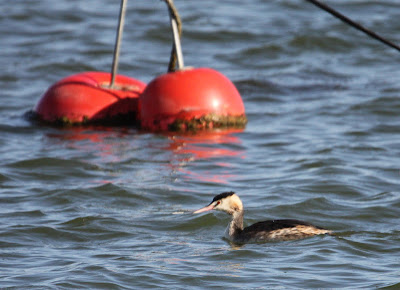 while a count of 22 GREAT CRESTED GREBE outnumbered their smaller cousin, the Little Grebe, by 3 to 1. 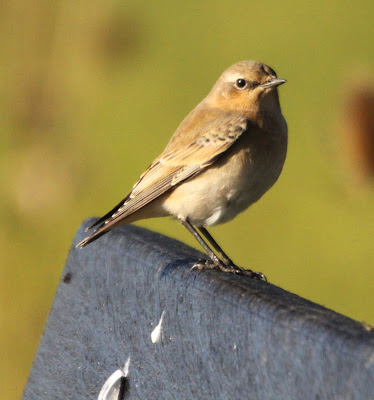 A lone WHEATEAR graced one of the park benches as a search for 'nonexistant' Spotted Flycatcher took place, but there were plenty of 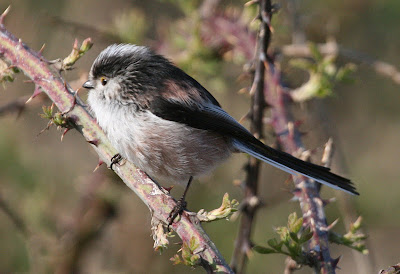 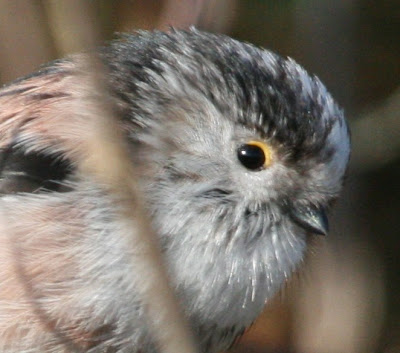 to keep the camera clicking. 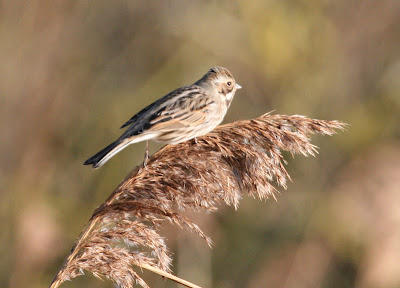 REED BUNTING too were seen all around the watercourse, but something of a surprise was a single 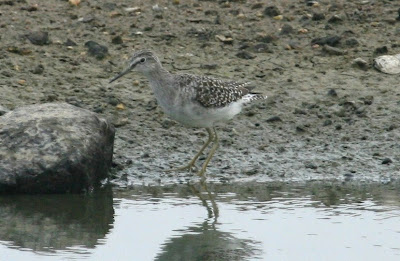 WOOD SANDPIPER (archive) which 'flushed' from the margins 'calling' and quickly disappearing to the south. 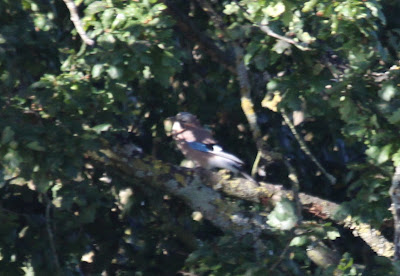 A Raven was betrayed by its gruff croaking voice, and with the arrival of this also distant JAY all of the likely Corvides (Crows) were now committed to the log. 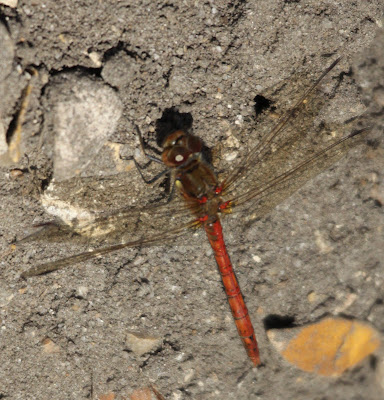 The only DRAGONFLY seen was this COMMON DARTER and 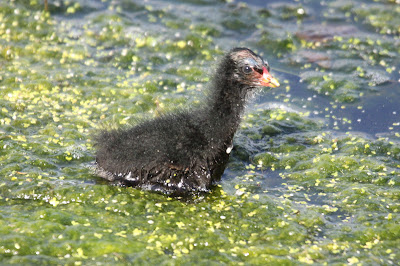 finally, it was thought a little late for so small baby 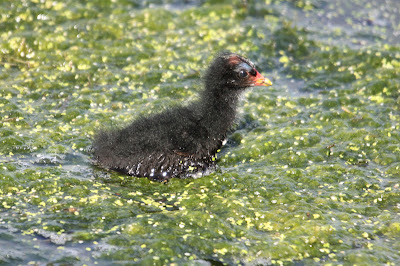 MOORHENs, only the size of a Hen's egg, but pleasing to see nonetheless. I feel sure once I return from Yorkshire and see the Dampney's safely off for their flight to Canada, I will be paying at least one more visit to this excellent spot for wild-life!
Posted by Bagsy at 17:50