A lot less chilly and the wind had abated but those two elements would have been far preferable to what we got. Heavy and persistent rain for most of the day with only 2 fairly short periods of patchy blue sky when the sun did peek through for a while. 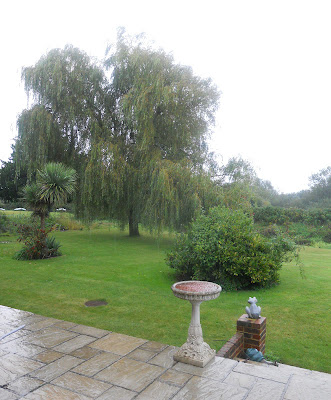 The almost continuous view through the patio windows didn't make for an encouraging scene and with Dogs, Chickens and Goats all taken care of before 07:00, there was little else to do other than get out the Laptop to find some inspiration for my next trip? 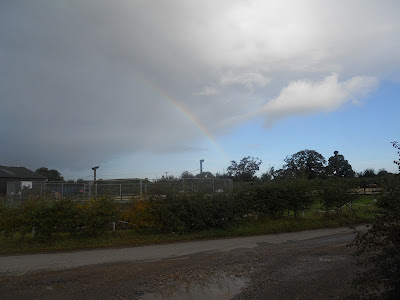 RAINBOW over the Equestrian Centre
Among other duties here, I will be continuing the Airport Parking side of things so any number of journeys to Bournemouth International each day ferrying passengers the mile or so to and from their flights. 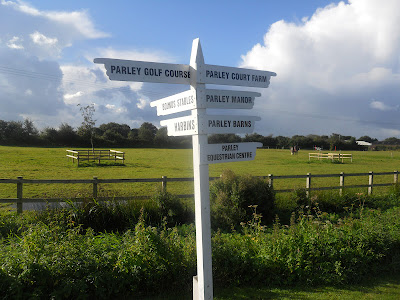 On my first short sortie I only got to the Finger Post before a Kingfisher whizzed past me, while in the horse paddock there were a couple of 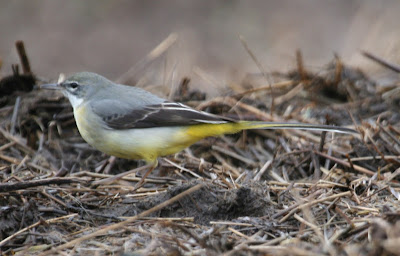 GREY WAGTAILs, capitalising on the insect life there, 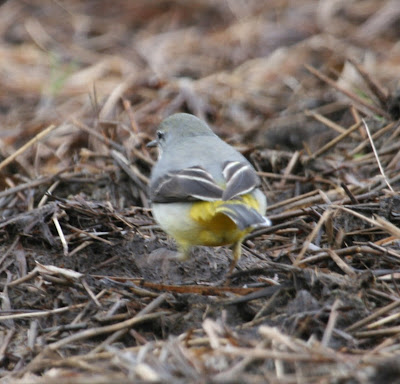 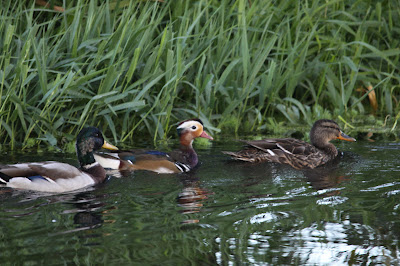 Turning to investigate the flurry of Ducks on the pond, it was noticed that the 'eclipse' male MANDARIN had returned 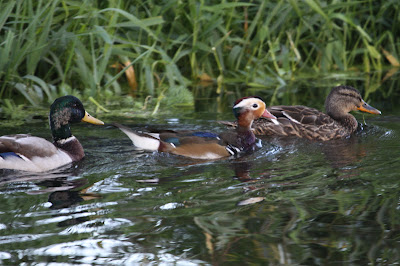 and learnt from Jane, the Equestrian Centre Manager, that this bird has been present here for a few weeks now. I also discovered later in the day that this is a new bird for my ongoing September List. 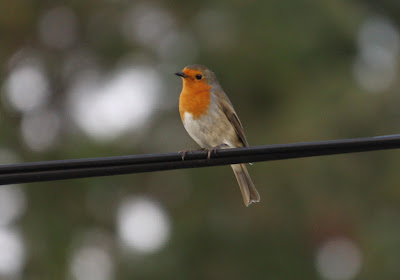 During this short walk it was also noted the build up in the number of ROBINs, seemingly singing in every bush, and in all counted 27 individuals. This was certainly a good increase but nothing compared to the number of Wood Pigeons now on the property which must amount to a few 'thousand', just about every mature tree holding a good number, not to mention the fly-overs. 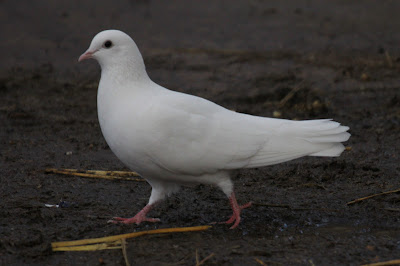 While looking at one of the very elegant Domestic Doves, Mousie the Game Keeper happened along and told me of the overnight invasion of one, or a number of, Mink. A couple of people on the estate had seen one and the fish debris around the pond next to the house was also an indicator. He assured me they were not Otters. Turning to the subject of the number of Wood Pigeons he asked if I eat them, and had to tell him not until they are cooked. One of my favourites in fact as he handed over a dozen! 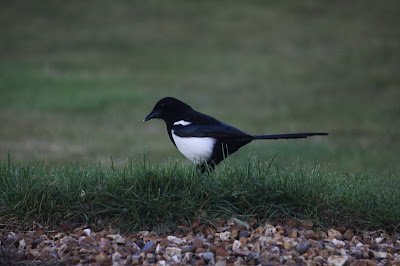 This MAGPIE has also been a regular visitor to the bird-table, a species I had not seen there before, 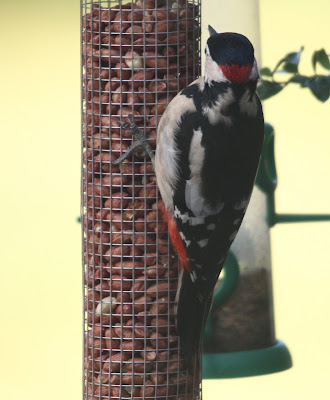 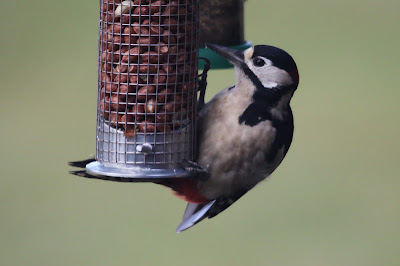 unlike GREAT SPOTTED WOODPECKER that is still a regular visitor. 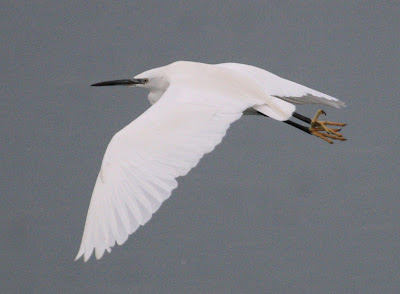 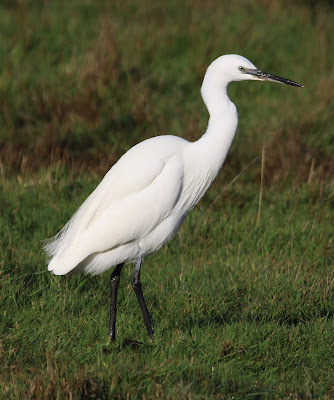 staying long enough for this shot and another addition to the list. 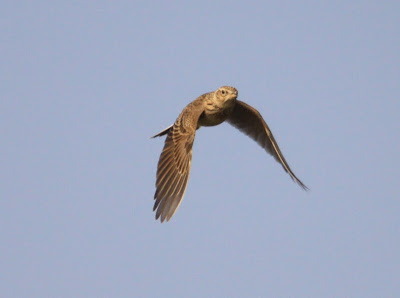 Despite the weather, there was evidence of some migration featuring mostly Swallow and House Martin but not to be outdone SKYLARK and Meadow Pipits 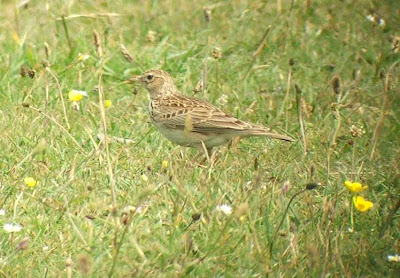 were also in evidence. So, goes to show even when the weather is against there is always a chance of seeing something. A bit busy tomorrow (not often you hear me say that) but with the forecast showing some improvement it may be a day for a little further afield?

RIP Andy Williams - Up there with the BEST!
Posted by Bagsy at 18:08