Strange happenings last evening as I awaited 'parkers' arriving at Harbins. Janet had briefed me that one of her customers had flown to Spain forgetting to shut the car windows, which Hugh duly covered with a tarpaulin. Arriving under cover of dark I bade a welcome to the taxi occupants to hear a rather unexpected answer, "hey Bagsy wot you doin' here you Old Pirate"? I might have guessed that the incompetent was a Matelot, but not my Shipmate Jim Holt (and wife Jackie) 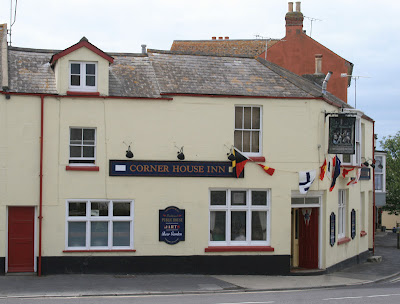 The last time I saw Jim was at the Corner House Pub at Easton, Portland on 31 July 2010 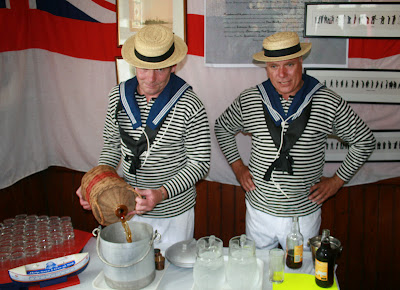 when a bunch of us Ol' Salts gathered to lament the cessation of the Royal Navy Rum Ration. The Rum Bo'sun and Ticker Off prepare the Grog! 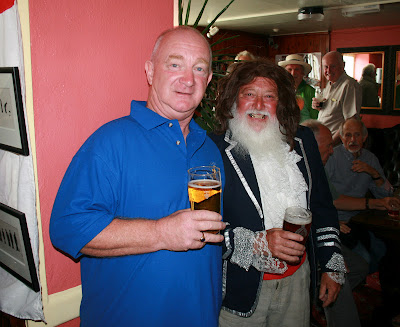 Jim and Shipmate Arthur Copus get stuck into a couple of pints before Tot Time. 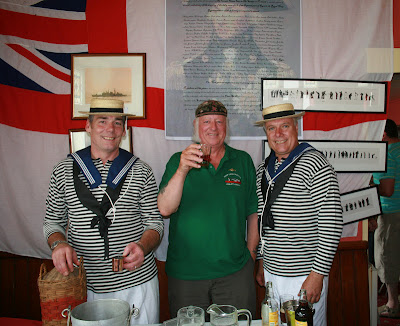 "Up Spirits, Hands of Messes for Rum, Stand-Fast the Holy Ghost". Another journey to the past, this time 1994, which was the last time I set a Moth Trap. Having recorded Moth movements for 20 years at Wyke Regig, when I moved to the 'concrete jungle' of Westham, Weymouth I quickly found there were few, if any, insects to be caught. I have to admit to missing the 'hobby', but gain great satisfaction trawling through the catch at the Portland Bird Observatory. Well, being out here in the country, I cleaned up what was once a dustbin (skillfully converted) and switched on. 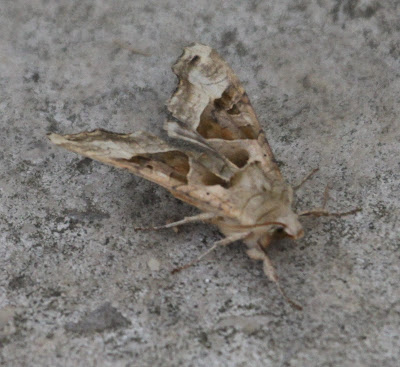 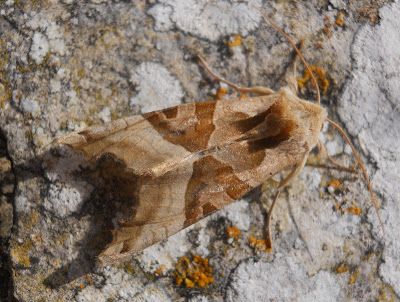 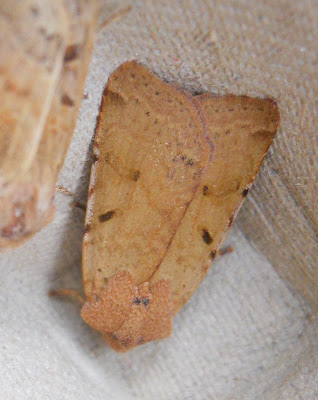 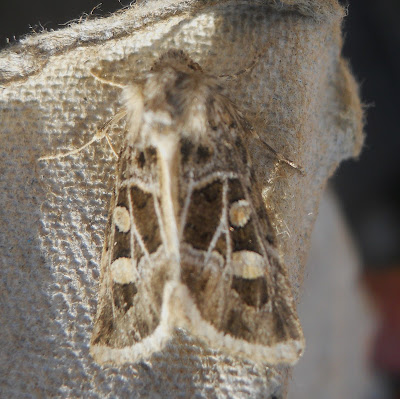 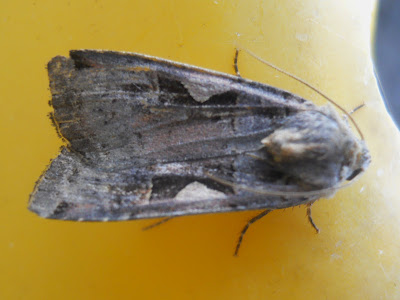 SETACEOUS HEBREW CHARACTER along with the 'one that got away', Smoky Wainscot - or so I thought?
Today has been mostly sunny with a fresh breeze and in part given over to the animals plus a Car Boot Sale. Profitable to say the least, and at last much of the 'junk' collected over the past 20 years has gone to 'good' new homes. 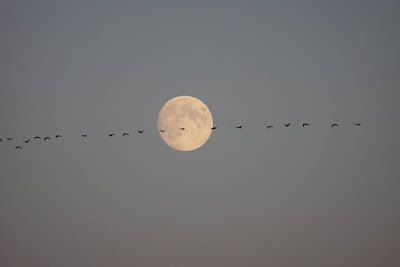 ﻿
Heard also from the Dampney's who have arrived safely the Rockies side of Canada, but in their first couple of days have struggled to find much in the way of wildlife. On past performance, it won't be long before they find some but for now it presumed Canada Geese 'cutting' a full moon.
Posted by Bagsy at 17:27