Fortunately my train travel experiences are infrequent, but my recent return journey to East Yorks was without a hitch, less than 6 hours each way and a paltry £80 which, had I taken advice, could have been discounted! It was also a pleasant surprise to see the wonderful refurbishments at Waterloo where on the veranda, overlooking the concourse, where once stood a seedy and grubby beer bar which has now been replaced by a fleet of restaurants, shops and bars. Along with King's Cross, which was always architecturally pleasing and now looks better than ever, our Capital has at least 2 state of the art railway stations. 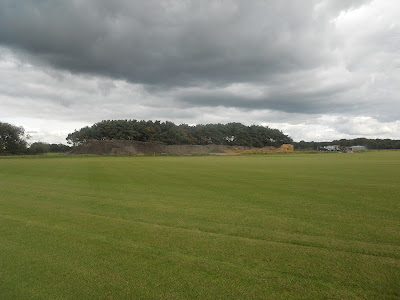 Safely returned to the sanctuary of Parley Court and a combination of sunny periods and black clouds, what was left of the day was spent looking around some more of the Parley Estate business interests. 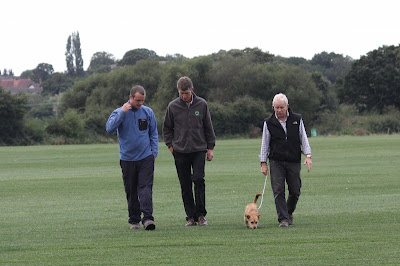 It would seem some of the turf fields are not doing quite as well as had been hoped, due to the amount of 'Summer' rain, Ray (right) the agronomist (adviser on crop production) was called in to make an inspection along with Hugh and youngest son Gavin (left). 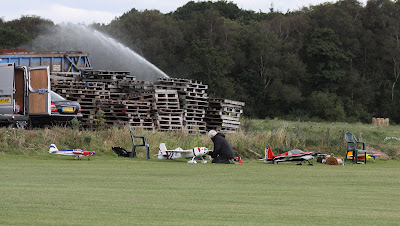 No problems however for the Model Aircraft Cub 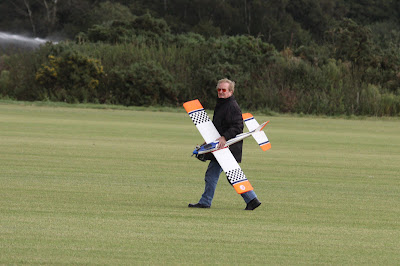 who use the fields from time to time as a runway, 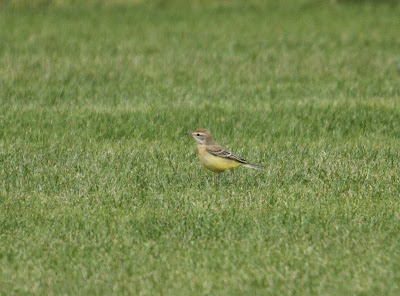 and about a dozen YELLOW WAGTAILs that were capitalising on the good number of invertebrates. 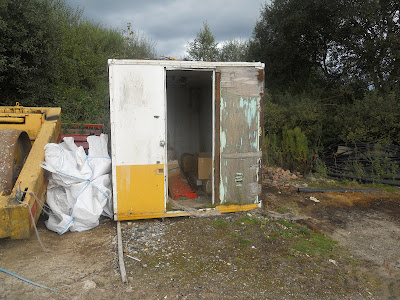 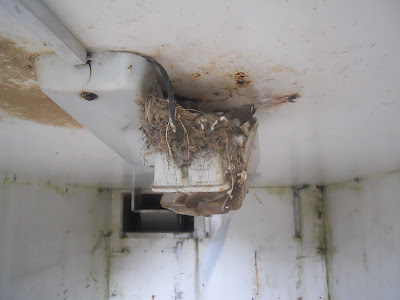 a redundant Swallows nest was found. 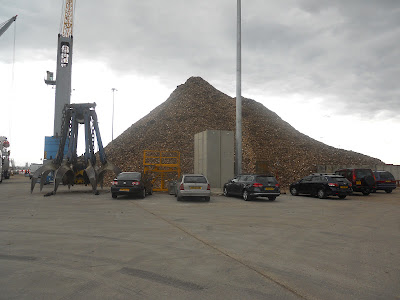 From there we took the 40 minute drive to Southampton Docks where wood recycling operations now take place. The sheer volume of scrap wood from all across Dorset and Hampshire has now become too much for the recycle site on the farm so had to be moved here. 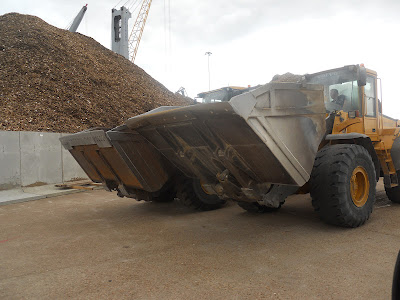 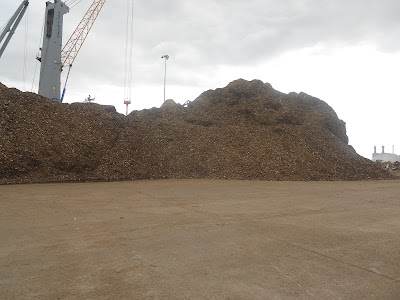 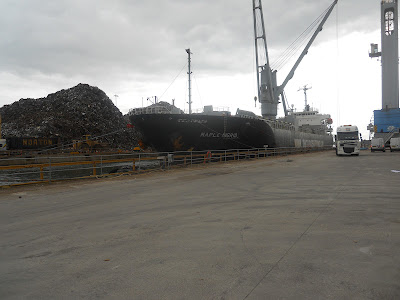 The Swedish cargo vessel MAPLE INGRID was here to pick up a cargo of what is described as 'dirty wood' chipping which will be burnt in her home country for power generation. A flash of inspiration some months ago saw the 'clean wood' being separated from the 'dirty' and goes through another process to turn it into bedding for larger animals. 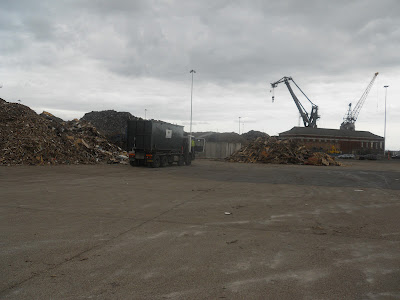 I was for a short while back in my element, having spent all those years in and around Docklands, but was surprised to be told by Hugh that the vessel was secured within 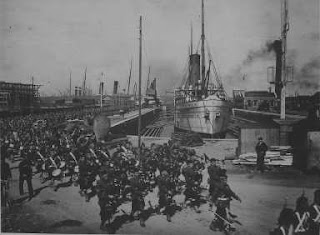 The Empress Dry Dock, formally the refit basin for the Ocean Liners Queen Mary and Queen Elizabeth.
Further reading on the subject brought up this ancient photograph and the following facts.
The only way they could afford to build the new dock was to enter into an arrangement with the London & South Western Railway Company to raise a loan of £250,000 (worth over £16 million today). Construction started immediately and in a rare public appearance, Queen Victoria opened the new Empress Dock on 26 July 1890. It is rumoured that the Southampton Corporation sent Queen Victoria a bill for the red carpet laid down for her at the ceremony. Perhaps that is why she never returned to Southampton again! 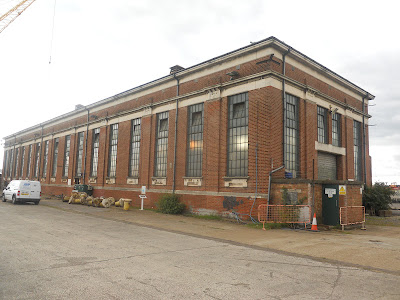 Fascinated by all of this I donned the regulatory fluorescent green jacket and started an investigation of the Pump House, 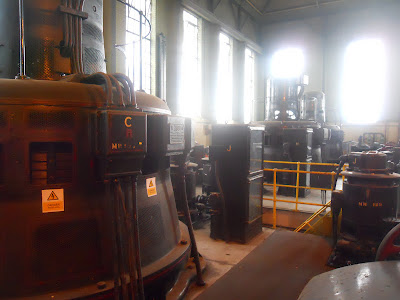 even managing to blag my way inside to view the massive pumps. About the biggest black man I have seen in a long time was only too willing to give me the Cook's Tour, saying that he and his colleague engineer carried out continuous maintenance, but currently only one pump is operable. 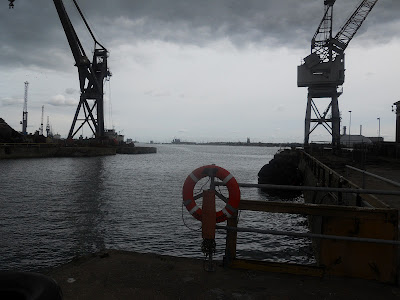 Back outside a view of the dock entrance 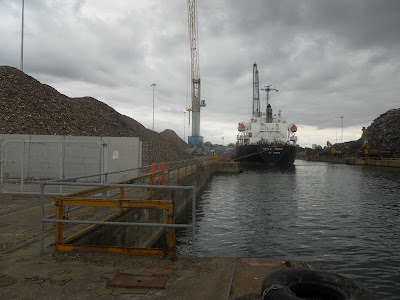 and looking back to where the Ingrid lay. 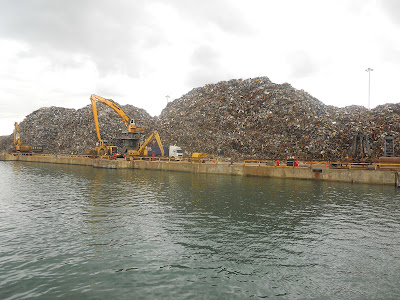 Across the cassion another example of recycling this time scrap metal but not part of Hugh's domain. 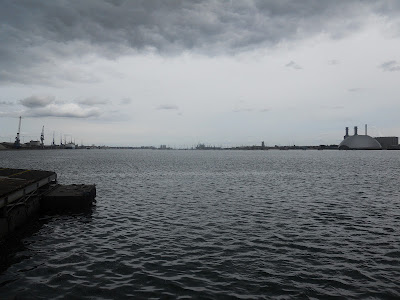 The view down towards Southampton Water and then The Solent which separates the Isle of Wight from the mainland. 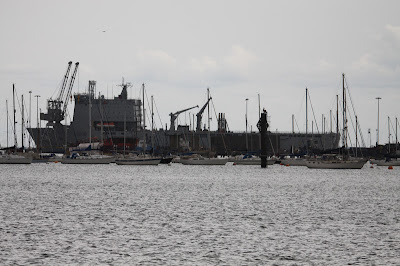 A familiar sight at a distant berth was the Royal Fleet Auxiliary Vessel 'MOUNTS BAY' often seen alongside in Portland Dockyard. 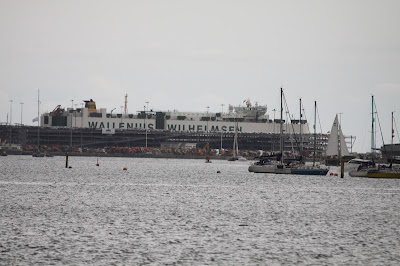 There were 3 Car Ferries alongside at the time 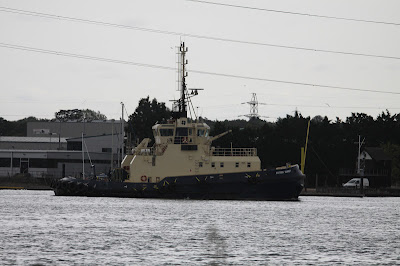 and an untold number of Tug of varying shape and size. 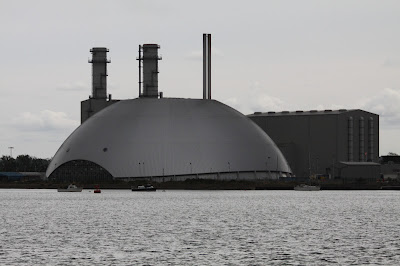 The final sight was this Power Station on the west bank of the main shipping channel.
Posted by Bagsy at 18:09