This novel and amusing photograph was taken by Vicky Cheng my friend in Taiwan while undertaking training as a wildlife guide in China and is now canvassing for votes on the image. Not quite sure what it is all about, buy having told her I would try and recruit some of our readers, it will take just a matter of seconds and feel it will please Vicky no end. Please take those few moments, follow the instructions and make someone happy - Thank You! 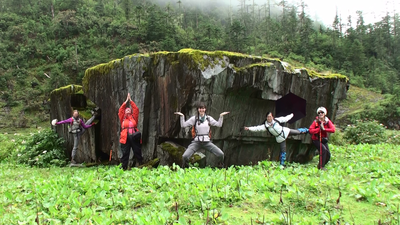 1. click the following link:
https://offerpop.com/Contest.psp?c=101848&u=6348&a=100142423390621&p=30687473482&rest=0&v=Entry&id=540115
2. click "vote" on the right side (five beautiful women doing yoga pose on a big rock)
3. final click "share" if you could help me more!
thank you so much
Vicky
Once again not the best of days weather-wise but with a promise of a few bright patches and 4 hours free before the next airport pick up I set myself a small challenge. Having heard from one of our reader earlier in the week that a group of 'birders' had set their sights on recording 50 species in one morning I decided to do the same. Heard only (but counted) are marked *. 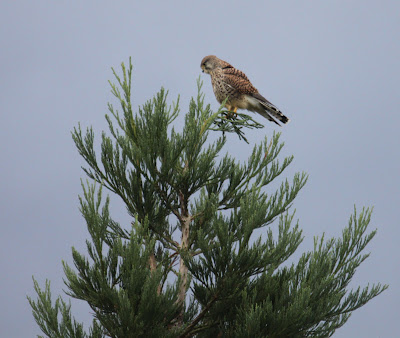 Not surprisingly Robin was first on the list as Black-headed and Herring Gulls flew inland, Mallard, Mute Swan, Coot along with Moorhen were on the pond and this most obliging KESTEL landed in the tree as I drove through the gates. Time to abandon the camera and bins for the 10 minute drive across the border into Hampshire to visit 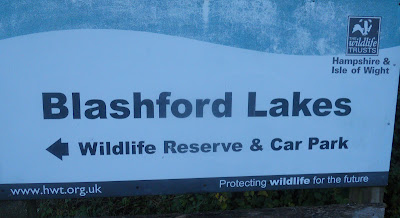 formally areas of Aggregate extraction surrounded by woodland and now sympathetically turned over to wildlife. With no additions on the way, it looked as though the day was going to be something of a disaster before it had ever started, all gates to the reserve were locked with Hides Closed notices posted???? Driving to the east end, which is always accessible, I thought of 'flooding', or was it simply they don't open up until later - it would be a matter of wait and see! Not surprisingly 'ticks' came thick and fast as I first headed for the Lapwing Hide (where there were no Lapwings) scoring Wren*, Carrion Crow, Collared Dove, Wood Pigeon, Mistle Thrush, Dunnock, Jackdaw, Blue Tit, Jay (very handy), Canada Goose, Cormorant, Chaffinch, Goldcrest, both large Woodpeckers and an even luckier 'calling' Redpoll sp. likely Lesser? Just outside the hide are a stand of Silver Birch tree in which were a number of birds, the first of which was this 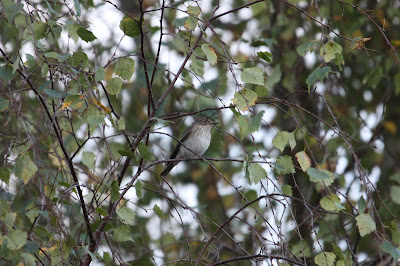 SPOTTED FLYCATCHER a species I had not thus far caught up with this year, a nice addition. 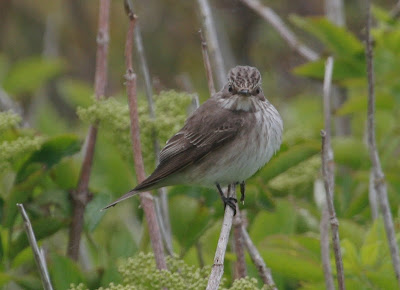 It maintained its distance, so for a better view I visited the archive. Several Chiffchaff were also in the trees along with at least one Willow Warbler, in full song, making it easy to distinguish it from the rest.
﻿
﻿
﻿ 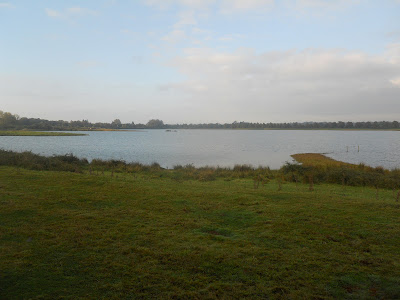 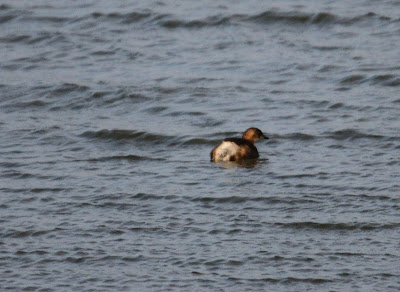 ﻿
﻿
LITTLE GREBE in the log. The Geese beyond the spit were good contenders for Egyptian, but confirmation would have to wait until a closer view was had. 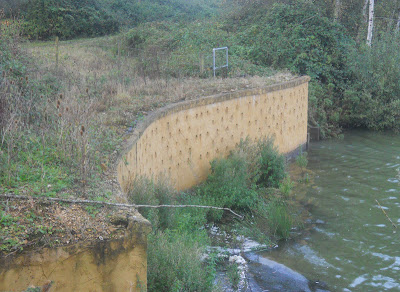 There is also a fine Sand Martin nesting wall close by where, in the season, the birds can be seen at point blank range going about their breeding cycle. Onward to the Goosander Hide (where there were no Goosander) with the first new bird seen was, yes you got it Lapwing. 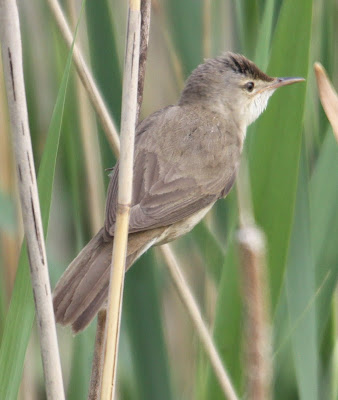 Along the way, 600m so the sign said, there was a lone REED WARBLER, latish but welcome, and there on the foreshore were a couple of much closer 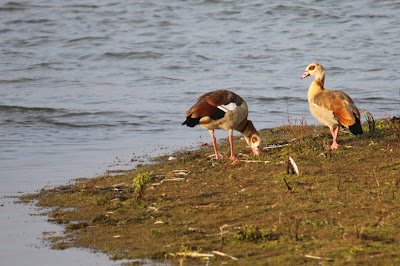 ﻿
EGYPTIAN GEESE. The day saw c15 in total so being this close to the Dorset boundary it may well be we will see more of this infrequent visitor in years to come? 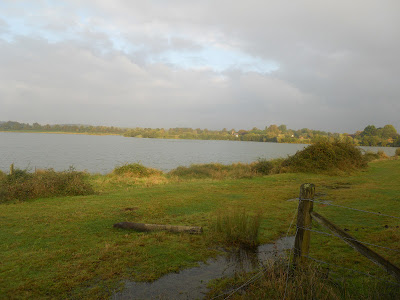 Time to peruse the view to the north of the lake, but not for long as this 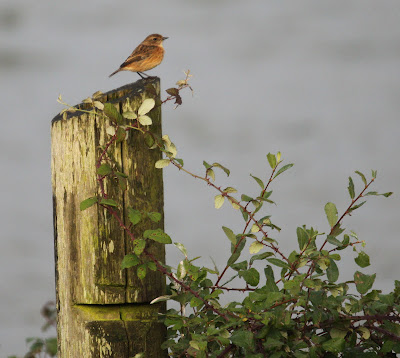 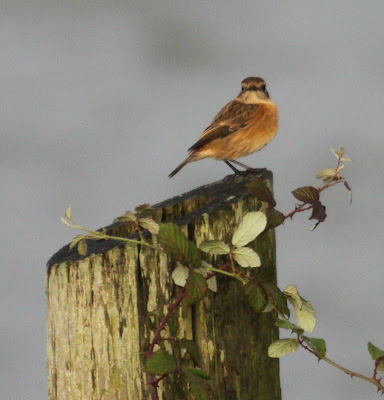 STONECHAT took up perch and lingered for the duration of my stay, as the 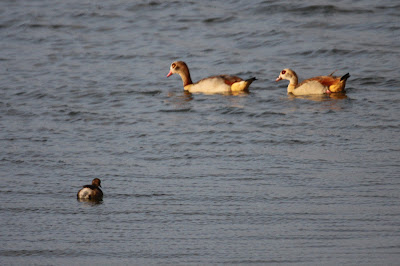 2 Geese swam south passing a Little Grebe on the way. 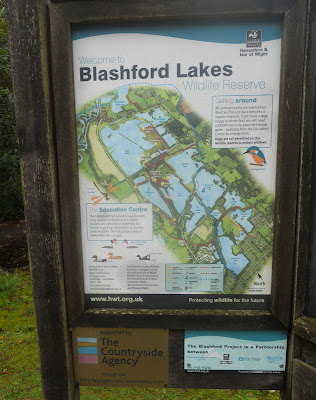 Returning to the main reserve and the Visitor's Centre, the gates were still locked but as I searched out a car park to wander through the wood, the Warden turned up and did the business. For those who anticipate a visit here the place opens at 09:00 but there is plenty to do (see) should you arrive early. 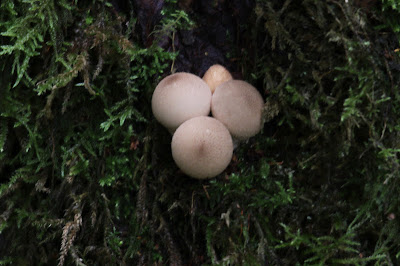 There are 3 hides at Ivy Lake, but rather than distinguish which birds were where, suffice to say these were in that area. Some interesting 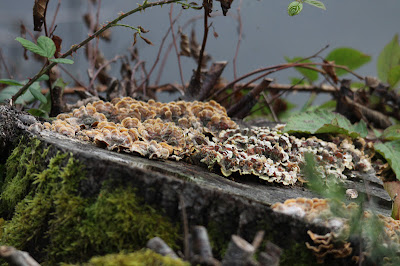 ﻿
FUNGI along the pathways which I nothing about! 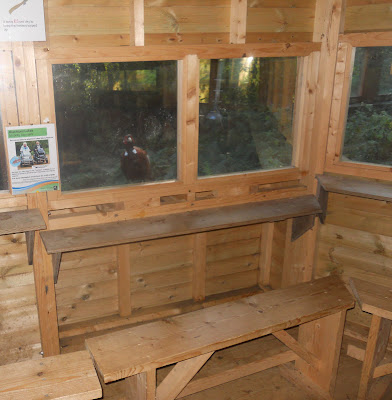 Alone in the first hide and immediately picking up on a tapping sound, turned to find this 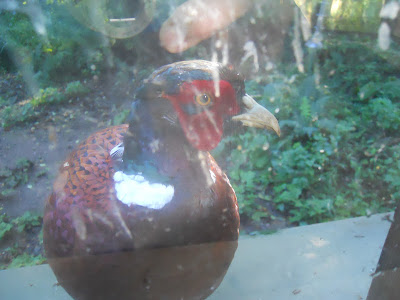 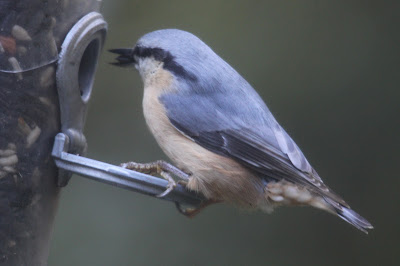 The feeders attract many birds which today included 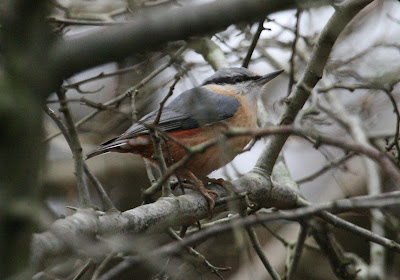 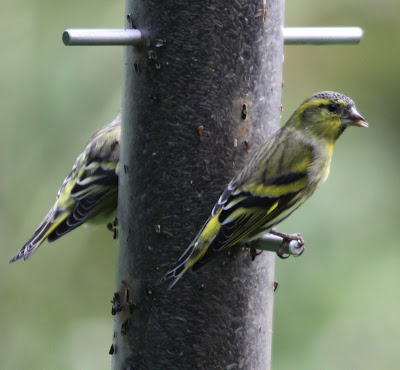 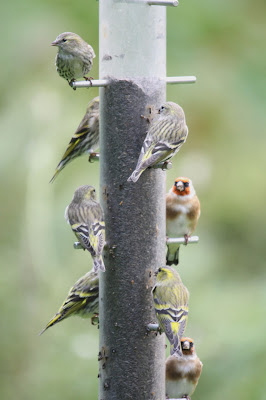 Siskins along with 2 GOLDFINCHs (right) 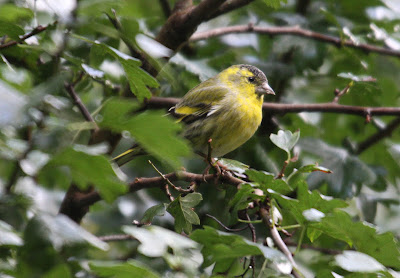 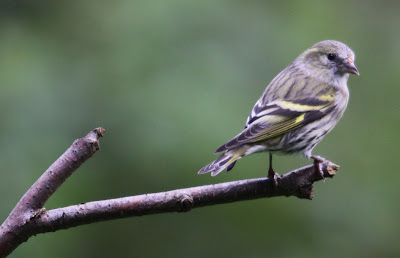 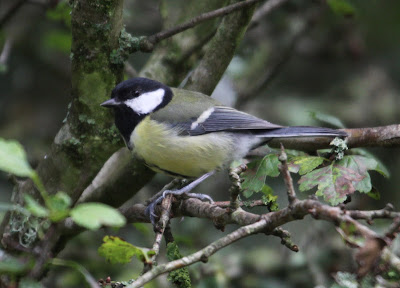 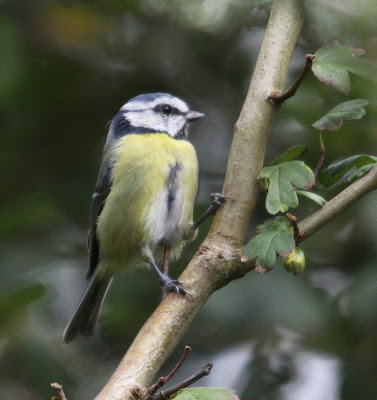 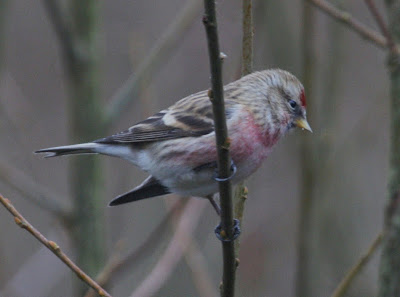 and LESSER REDPOLL, maybe the one from earlier in the day? 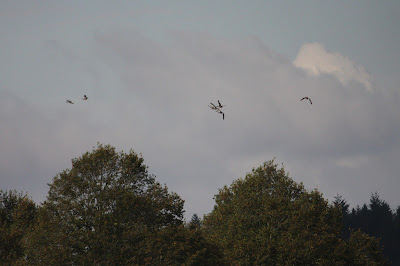 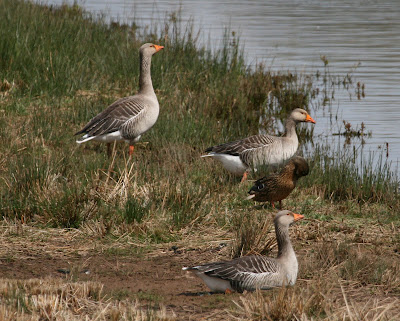 ﻿
﻿
GREYLAG GEESE were coming in to land. Had there not been demolition works going on at the Hansford site I may have clinched Bullfinch too but with an acceptable 63 for the morning, some may not have been mentioned, I returned to Doggy and Airport Duties having enjoyed a brilliant morning.
IF THE DAMPNEY'S ARE TUNING IN, ALL IS WELL ON THE RANCH, SHOOFTY, BOMBER and MINNIE SAY "DON'T HURRY BACK", THE CHOOKS ARE FINE AS ARE THE GOATS, HORSES ET AL
﻿
Posted by Bagsy at 18:27