There was a little concern from a number of readers in the Borough at the late issue of yesterday's post, highlighted by the number of "are you alright" e-Mails! Fear not kind readers, your correspondent is alive and well and preparing for his next adventure. 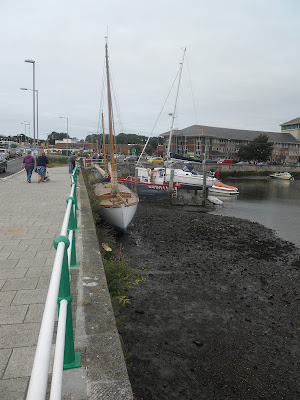 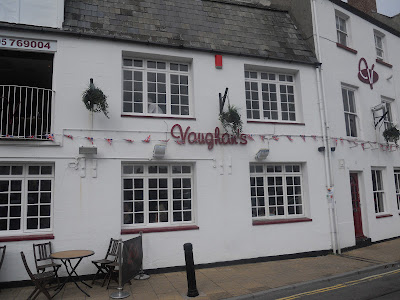 VAUGHAN'S RESTAURANT on Weymouth Quay. A novel birthday present from a close friend was a 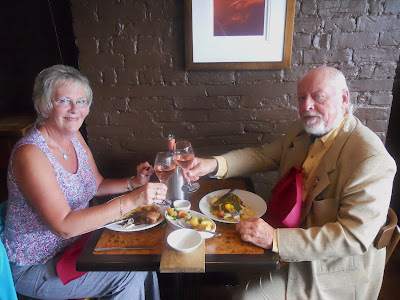 voucher valued at 'Lunch for Two' at an establishment neither of us had visited since it was The Sea Cow many years ago. For the benefit of those who look for good places to eat, we can both thoroughly recommend this place for excellent food, good wine and polite and efficient service. Things were a little fraught when we arrived but when the dust settled there was more than adequate apology for the 'moment of madness' and we went on to enjoy Squash and Chili Soup, Moules, Roast Beef and a magic fillet of Hake. Add to that a decent Rosé and it was bon appetit. 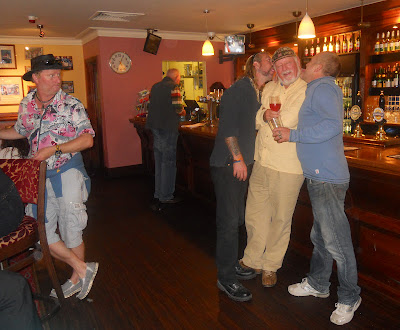 Was it a mistake to decant to The Swan straight after the meal - Not Likely! On arrival, metaphorically speaking, we 'fell among thieves' and as can be seen a warm welcome to old friends not seen for an age. 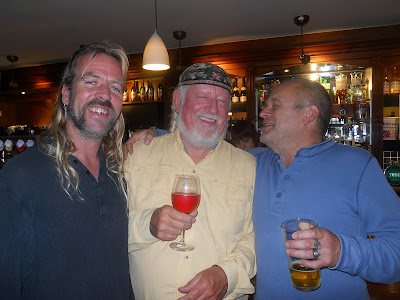 Once known as the Mutual Appreciation Society it was great to see SHANE WARNE (no relation) and IAN JENKINS as harmonica player and vocalist for local band The Skint Imperials NICK GOMER looks on a little bewildered. 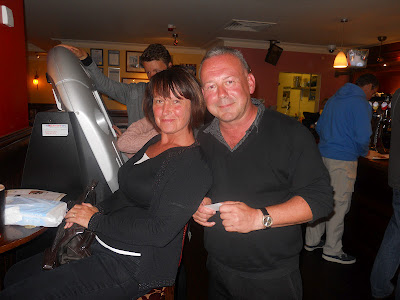 Overhearing our conversation concerning music, we were joined by this lovely couple from Stoke City, MEL and GORDON CARTLIDGE which was starter for a couple of hours running through every band we could think of. We were both extremely pleased to meet you both and hope you return soon! 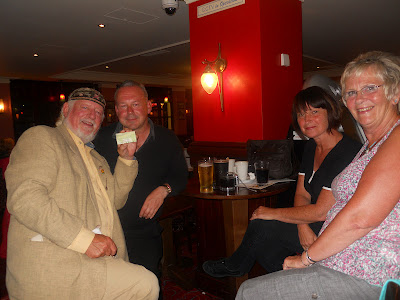 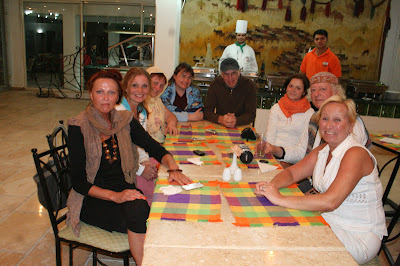 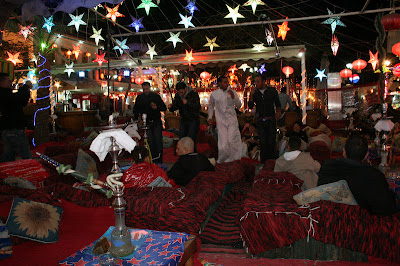 with whom I enjoyed many a happy hour around the Souks, Bazaars and Coffee Shops of the city. 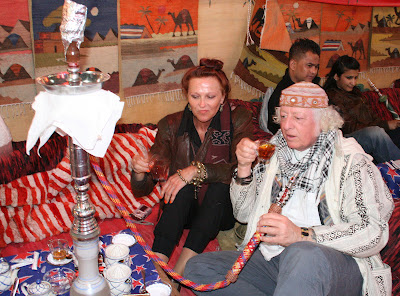 The pleasantries of a cool Hookah, sweet honey tea and good company was only surpassed by a visit to
the local SEWERAGE WORKS. There, I quickly made the acquaintance of Mohamed and Mohamed who were in charge of the area and granted me free access to all points. With plenty of flowing, clean water, areas of arid desert and some reed-bed it was no surprise to find 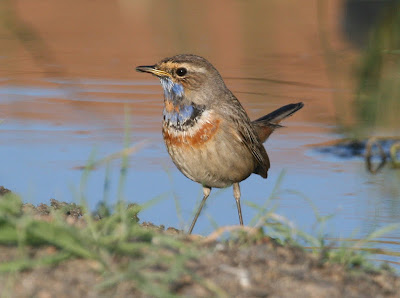 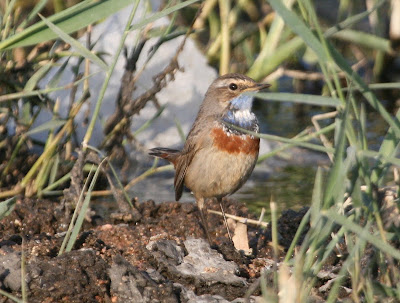 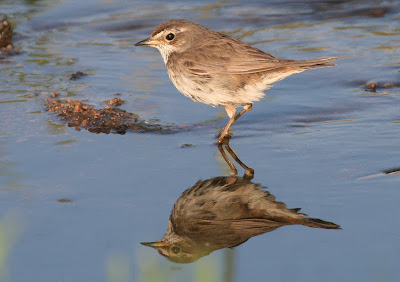 many Juvenile BLUETHROAT. Other species to be found included 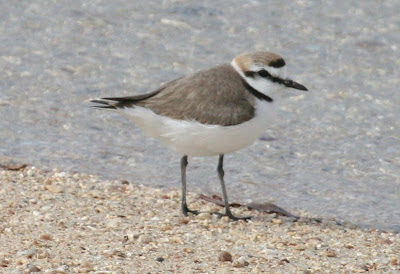 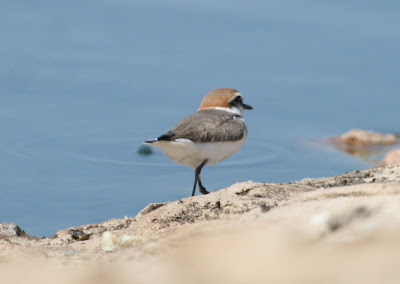 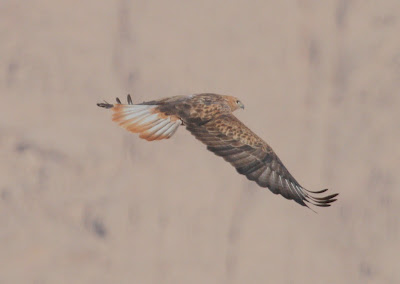 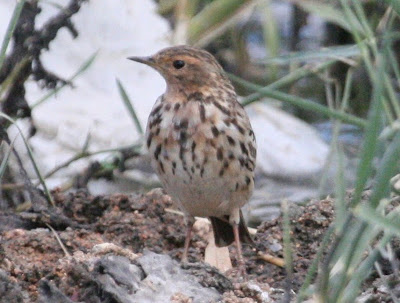 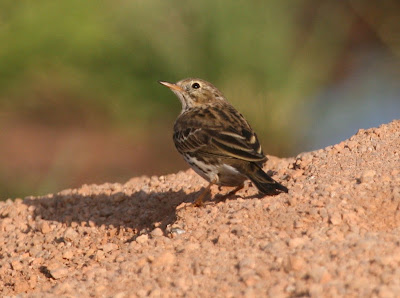 and RED-THROATED PIPIT just before being attacked by a huge adult Camel. Unaware that I was perched on its favoured 'scratching mound' to get better views across the works, it cut me off from the front, while behind me was a series of cesspools and reeds. Flailing my bag and hitting it a number of times only served to heighten its attack so I was extremely lucky to look behind me and see in the distance 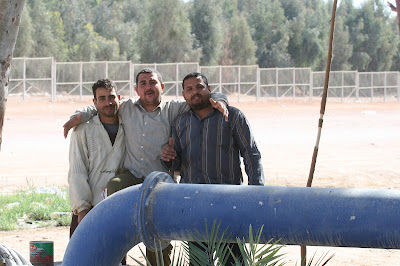 these 3 Sewerage Workers. In broken English they seemed to be shouting "run fast" (which I have heard of but never done) but there was only one direction available to me. The Camel did give chase but as I was now in Usain mode luckily it soon gave up. As for me, I was covered in CESS which my 3 new found friends soon cleaned off with a high power hose. Thankful for the hot sunshine and their help, it was off to some of the more distant 'pits' where there were 'hundreds' of 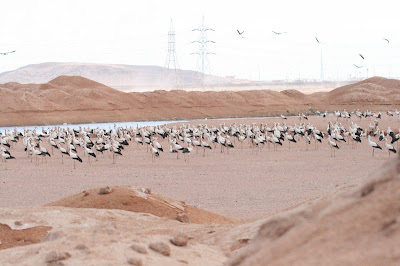 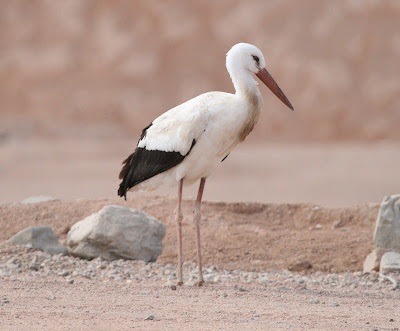 many of which were approachable, 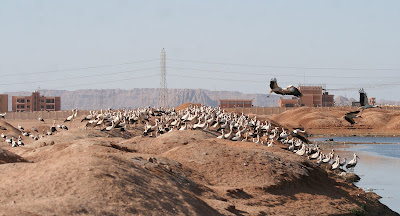 with a few flying off 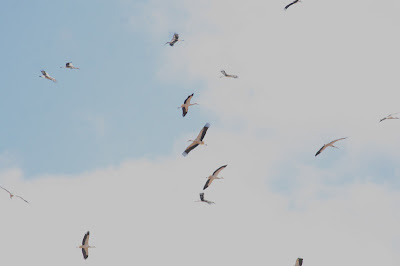 while others were already airborne. Sharm is a fantastic 'birding' location, easy to get to, good hotels in all price ranges (£90 for 6 nights bed, breakfast plus evening meal), no transport problems and excursions that will take you to the heart of the Sinai and Red Sea Coast - what are we waiting for?

Finally, another superb photograph from the camera of Paul Harris of a PRIVET HAWK-MOTH LARVA, thanks Bomber and please keep 'em coming!
Posted by Bagsy at 17:54