White Bird - It's A Beautiful Day

A few photographs from a couple of our readers starts the show today, along with this E-Mail from Paul Harris. 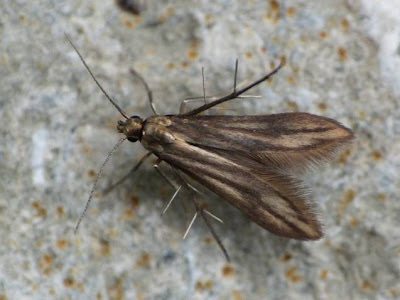 Thought I'd pass this pic on for your interest and to show the capabilities of the Raynox camera adaptor. Caught this moth in the trap today, it is 0.5cm long, yup that's half a centimetre! The name is a real mouthful (as the actress said to the Bishop.....) Shreckensteinia festaliella. It's mainly a day-flyer so unusual in a moth trap. Also it only uses it's front and mid legs and holds the hind legs out to the side, hence the bizarre spiky things you can see! 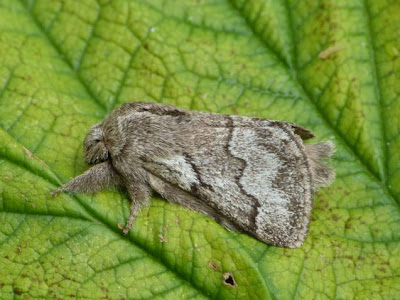 and also from Paul, a Moth I have never seen let alone caught PALE EGGAR - many thanks Bomber! 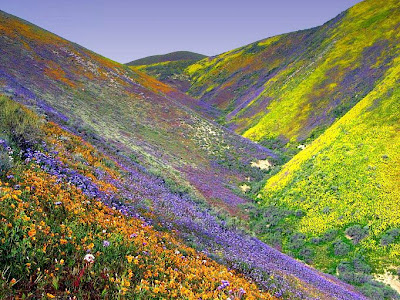 From Willie Downs come these magnificent shots down-loaded from the net, and reported as taken (appropriately) 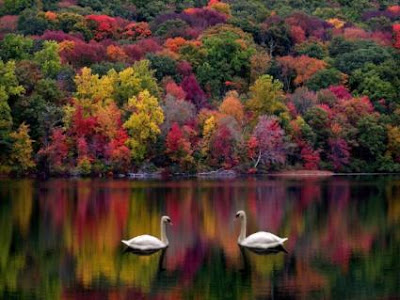 in Bakersfield, California a town I have visited in the past without seeing such beauty. Thanks to you also Willie.
On to today and the early prospect of a nice one especially if I could get the laptop fixed, which meant an early visit to the Secret Lemonade Drinker, but first a shot from the bus window as we passed Portland Harbour.

The Cruise Ship 'Vision of the Seas' leaves the Outer Coaling Pier dwarfing every other ship in the harbour, including HMS Bulwark to the right of picture. Had Secrets door bell been working I may not have made the discovery I did while waiting for him to arrive as there was some movement in one of the Sycamore Trees in a neighbours garden. 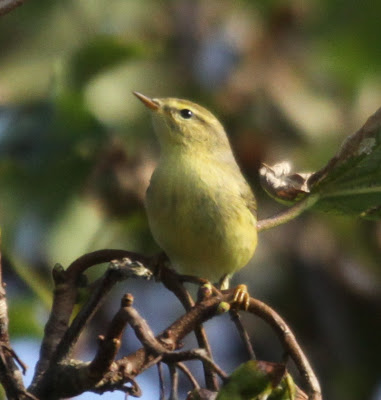 At first all that was seen were a couple of WILLOW WARBLER, 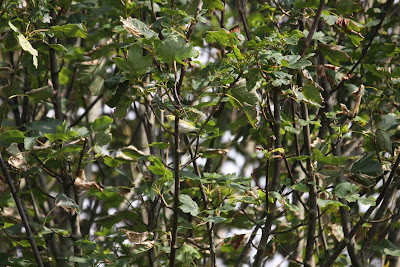 but a similar sized but much 'paler' (white)  bird was quite obviously something different. 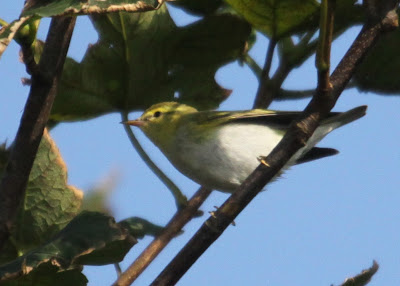 A very mobile WOOD WARBLER was a most welcome find, but pinning it down for a decent 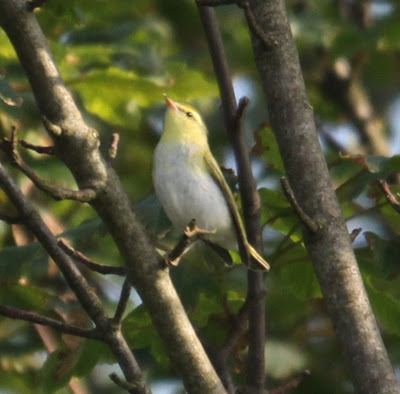 photograph was going to be another thing altogether. 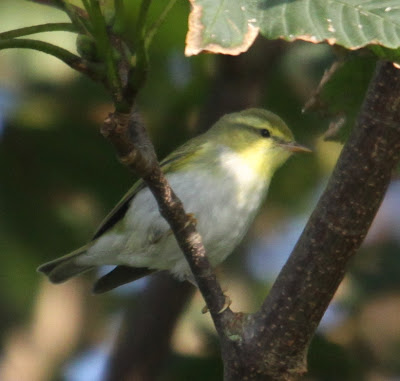 Feeding veraciously, this tiny bird presented a bit of a problem, but that was when we were distracted 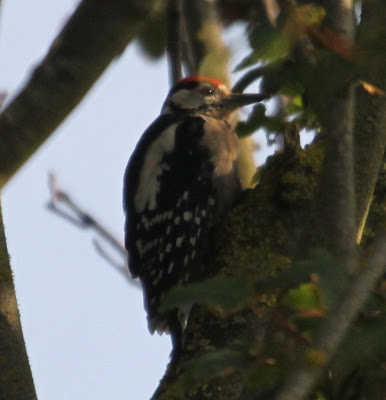 what has become something of a 'semi-resedent' 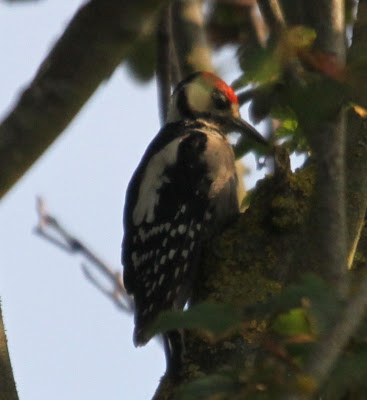 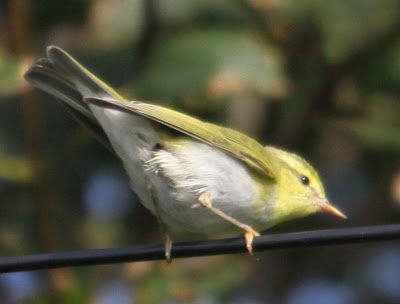 Back to the business in hand, and luckily the Lady of the House appeared seeming interested 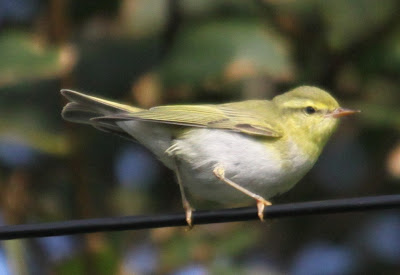 in our quarry and allowed us to get a bit nearer. 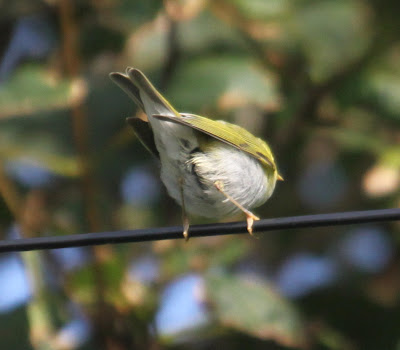 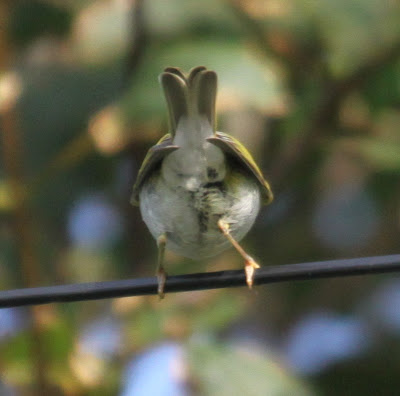 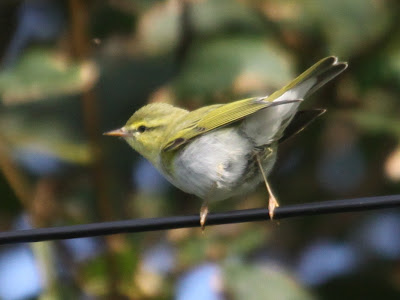 Let's not get too carried away, the images were satisfactory but would have been far less so had Mrs Clark not invited us in. 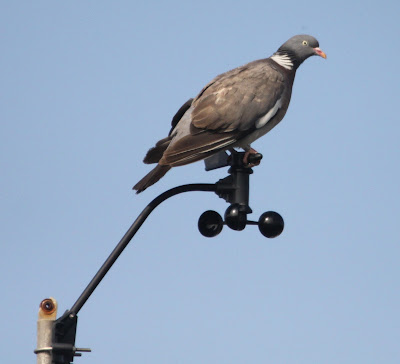 With a 'crook' computer it would take enough time to edit these few photos, so Secret drove us to the Portland Bird Observatory to hand the memory card to Martin Cade the Warden. It looked as though there was a new Meteorological Officer in residence, but just a WOOD PIGEON resting atop the anemometer. 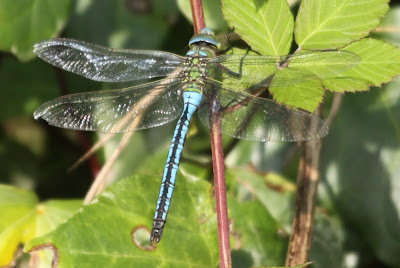 There we managed to see an EMPEROR DRAGONFLY 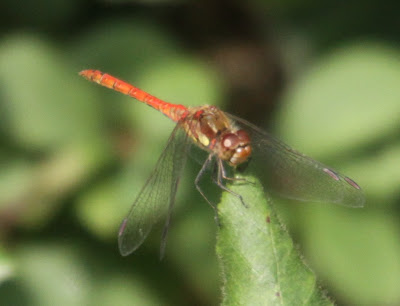 along with a few COMMON DARTER. 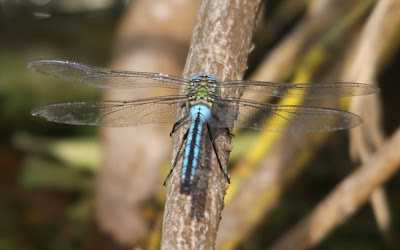 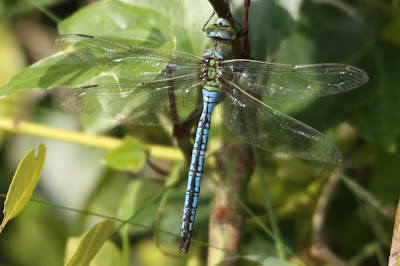 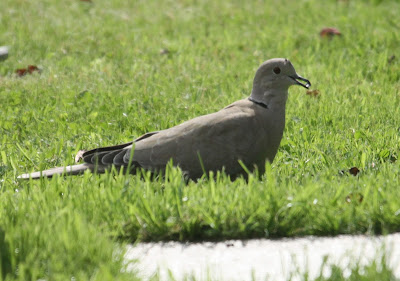 Meanwhile this COLLARED DOVE was taking advantage of our absence by stealing corn from around the bird table.
Posted by Bagsy at 17:49