A Trick of the Tail - Genesis

My departure from home this morning coincided with the start of a light drizzle which was exasperated by a freshening north easterly breeze. It was however the slamming of my out of control front door that flushed the 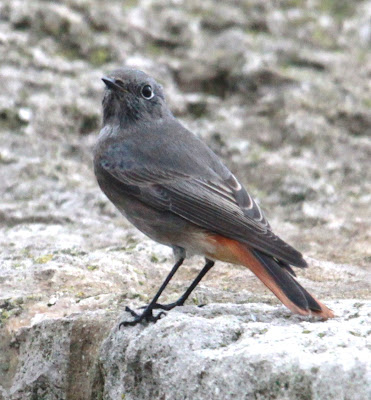 BLACK REDSTART from my garden wall, never to be seen again. My attentions should have been more concentrated on things the other side of the door but with such a start (no pun intended) it was off to the cemetery. Even before reaching the gateway the sound of 'Crests' were heard with 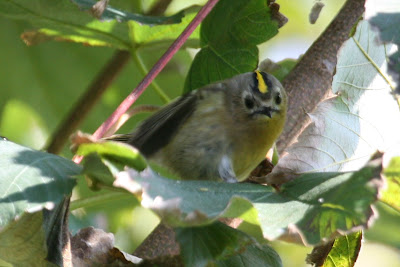 GOLDCREST very quickly located. On a morning when 'spotting' such tiny birds let alone photographing them was difficult I found lee behind a large Yew bush to sort through the many dozens within. 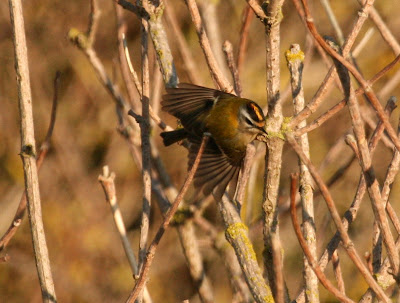 Further difficulty was trying to determine an accurate count, but in all I felt comfortable with at least c5 FIRECREST, more that ever encountered there before. 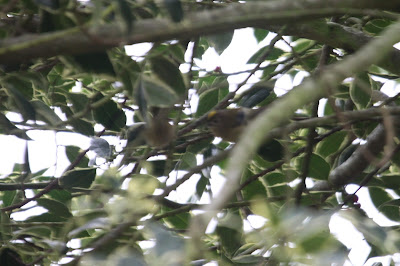 A particularly poor picture, but relevant to me, as the first sighting this year of an adult feeding a juvenile bird. By no means conclusive proof that they have bred here as both were capable of flight and may have come from elsewhere, but do breed here most years. 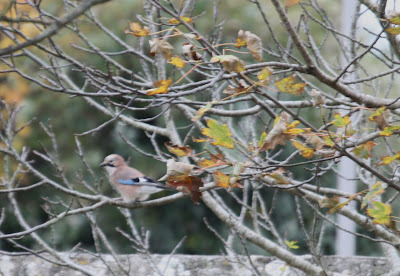 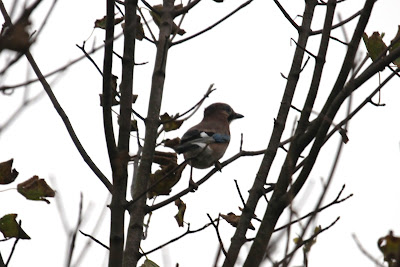 locating at least c10 individuals, another record count for me at the location. Chaffinch were also numerous as both Siskins and Meadow Pipits flew overhead 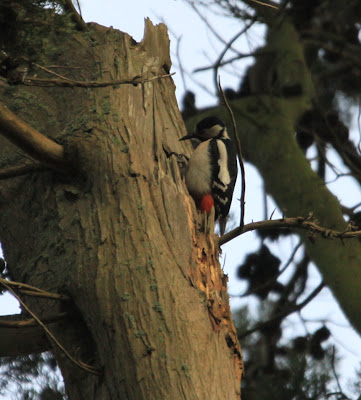 as a Great Spotted Woodpecker knocked 10 bells out a snapped off tree. 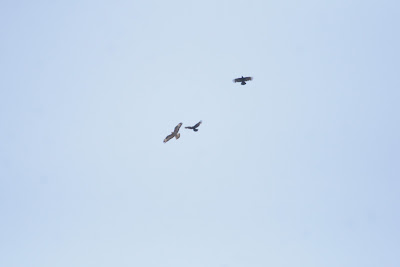 With both wind speed and precipitation increasing, conditions were becoming prohibitive for sensible birding, but before leaving there was one more (insignificant) record to be broken. With all photos plucked from the archive, c2 RAVEN were seen (here with a COMMON BUZZARD) flying over, 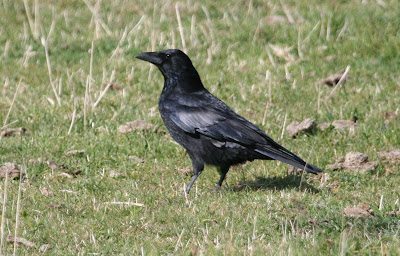 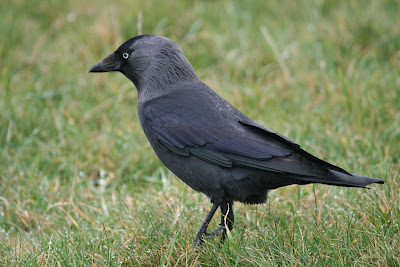 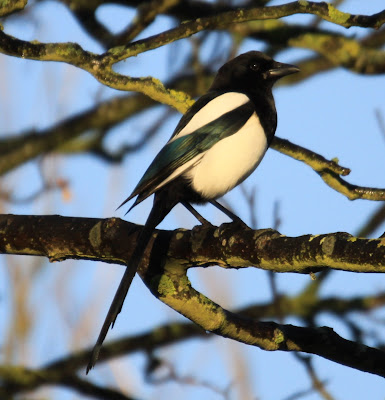 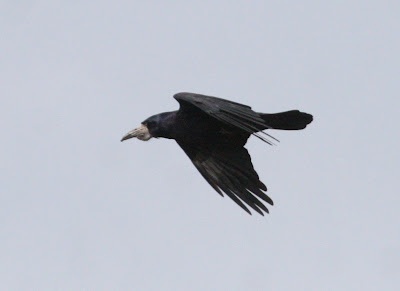 plus fly-by ROOKs made it a record 6 Corvides in a single visit - not noted before.
I did spend some of the remainder of the day looking for an 'apparent' Olive-backed Pipit at Portland, and trawling through some of the 'many' comments relating to the Rare Warbler seen at Southwell on Monday, of which a couple caught my eye. Firstly, I would respectfully correct Lee Evan's where he states on his Blog that "only selected local birders were invited", with the definition of 'LOCAL BIRDERS' relating to those 'resident' on Portland. Fact is Hugo Wood-Homer lives in Puddletown, both Ken Parker and Dave Tissington in Weymouth, while County Recorder Kevin Lane lives I know not where, but much further afield?

The DorsetDipper said... (via Brett's Goosey Ganderings) When birds are on private property we just have to respect the rights of the owners and take the consequences. Missing birds is one of the hazards of birding and if people can't accept that and still behave reasonably then perhaps they should hang their binoculars up. Congratulations on seeing it, and for the second time this autumn well done on rejecting the accepted opinion. Hope the moaning of others hasn't spoilt your enjoyment of the moment. 25 October 2012 11:16
While agreeing ENTIRELY with every word, it is rather an over simplification of such a situation, for which there is no definitive answer. I have already spoken to a number of the estimated 27 who saw it, with each overjoyed at the prospect of adding a MEGA to their list, but similarly distraught at being constrained by a 'ring of silence'. One told me of being unable to phone his Best Birding Friend of many years for fear of the backlash and now faces the onerous task of facing him and presenting a plausible case for not doing so. I am finding myself completely intrigued by the whole performance, already having received 13 e-mails with some making allegations that I certainly couldn't publish or substantiate. However, it is starting to sound as if there is more to this than protecting the bird or for that matter the local community, as a number of things quite simply don't add up. I am now keeping my ear very much to the ground, in the knowledge that the human race has never been able to keep a secret and one thing I do know for sure, there is a 'Trick in the Tale'!
Posted by Bagsy at 17:58