The bird on Monday was a
PALE-LEGGED (or less likely SAKHALIN) LEAF WARBLER
A Rarity? Only the first record for Great Britain and, according to my list, first in the Western Palearctic! I don't have any photographs, but know those who do Portland Bird Obs. and Brett's Goosey Ganderings. I am duty bound to advise our 'clean living' readers that the second LINK contains 'foul language' but feel unable to describe this sad state of affairs more eloquently myself. In which case I would almost demand that this is read as being in full agreement with Mr Spencer's sentiment. I feel lucky that fate has chosen to shine on me in another direction, as confirmation of my 'One Way Ticket' (meaning no time limit) arrived this very day for my next trip, as I feel the 'national fall out' from this extremely unsavoury and totally unnecessary affair could last a very long time and even end in a petrol bombing! Brett ain't the only weirdo in birding - think on! 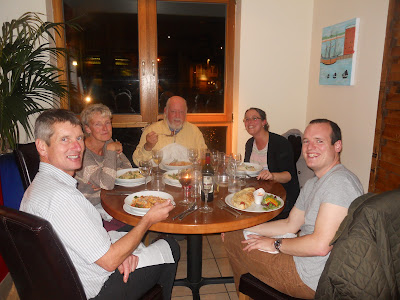 While back in a much happier world, it was my greatest of pleasure to take the Dampney Family (Hugh and Janet left, along with recently engaged Cath and Daryl) out for a meal last night. We dined at Prezzo, on Weymouth Town Bridge, where the food and service were excellent but let down by the poor quality wine. 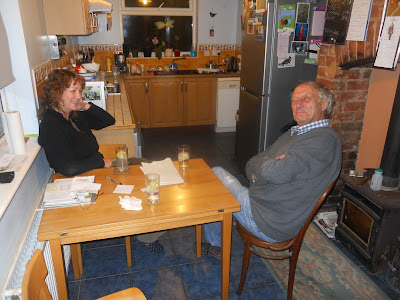 Wishing my friends a safe journey home I decanter to Bowie and Sheila's house for a nightcap, 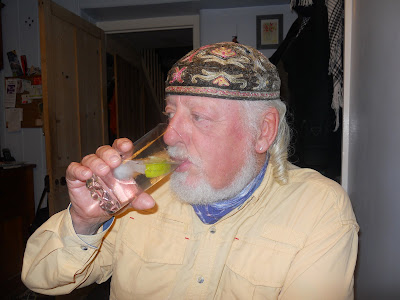 or perhaps a little more accurately an 'internal marinading'. 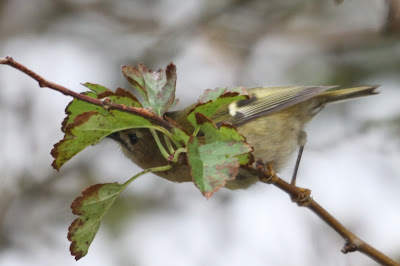 None the worse for that it was an early start towards the Siberian Stonechat at Culverwell, near Portland Bill, where on the way trees and hedgerows were once again teeming with GOLDCRESTs (the best I could muster). 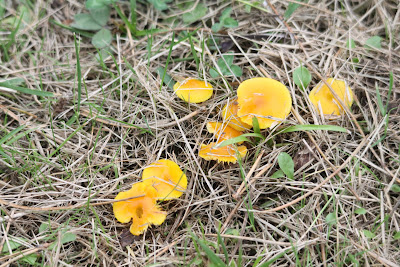 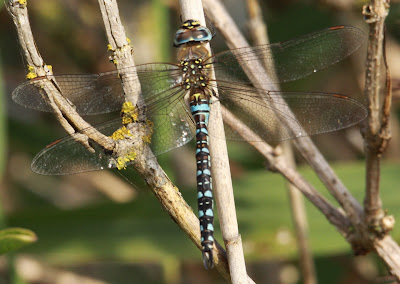 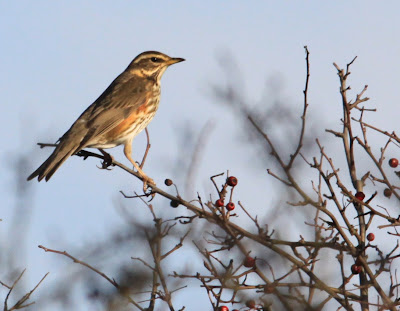 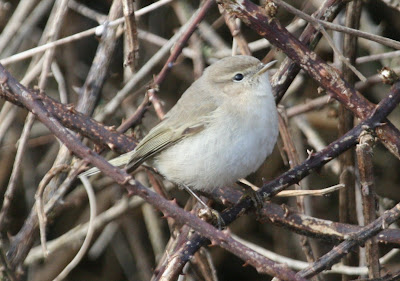 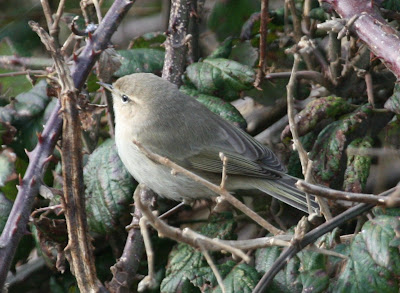 which I don't recall seeing at this site before. On the final straight, there seemed to be a voice from above calling "we're watching you Bagsy" which turned out to be so. There high on a house roof was 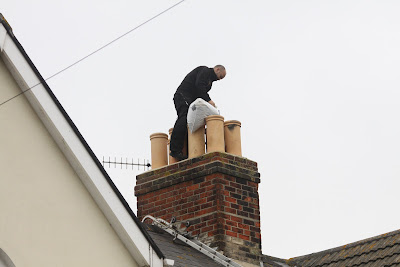 PS:- It has only dawned on me, at the 'last knockings', that yesterday's readers totalled 715, now what brought all that interest on??
Posted by Bagsy at 17:56