I (Didn't) Hear It Through the Grapevine - Marvin Gaye

18:03 Up-Date I KNOW SPECIES OF THE 'MYSTERY WARBLER' AT SOUTHWELL
ALL WILL BE REVEALED
AFTER THE BOMB DROPS!!!!
Still no news on the Mystery Warbler at Southwell, despite 'point blank' questioning of some of those who were in attendance, each showing a total reluctance to offer even a likely let alone positive identity. Although questions have been asked by others, (see http://bretteeblahblahblah.blogspot.co.uk/ 'comment at bottom of page' but be prepared for torrent of foul language), much animosity seems to have been generated, which is beginning to look every bit like the intent, so maybe part of the reason for the silence????
This morning the cemetery looked about as good as it ever does in Autumn and it was soon noted, despite the leaden sky, that it was full of birds. Goldcrest and Chaffinch were most numerous, and while at least one 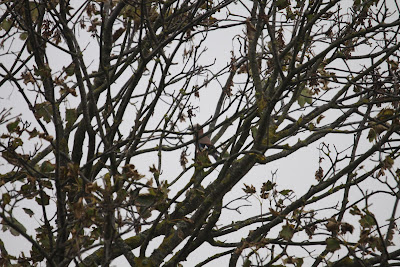 JAY has been present daily during the last week, 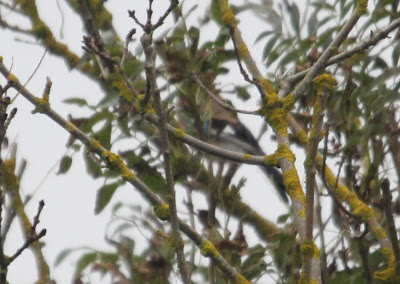 today there were at least c4. 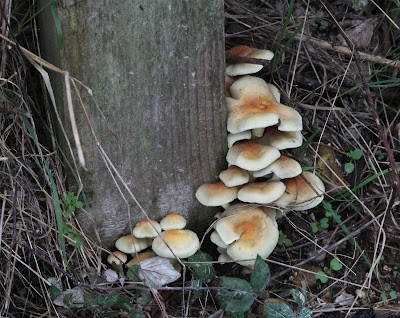 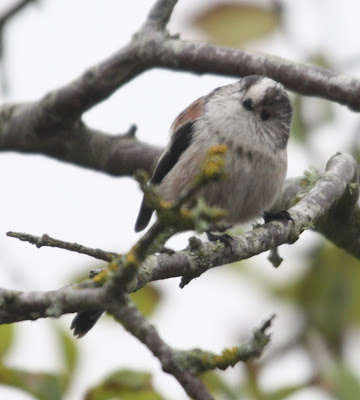 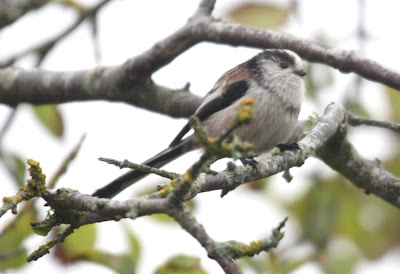 where LONG-TAILED TITs were numerous with Robins and Cetti's Warbler less so, as another Jay flew over the reserve in the direction of the other 4 and several Redwing headed north east. Three dozen 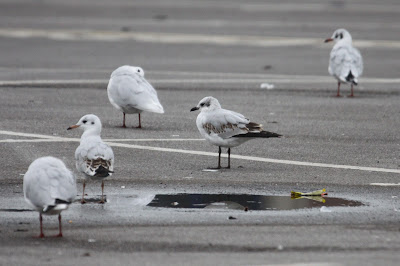 MEDITERRANEAN GULLs were counted bathing at the top end of The Loop, while a further c 9 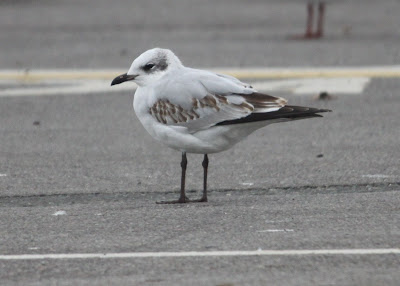 (including this young bird plus a 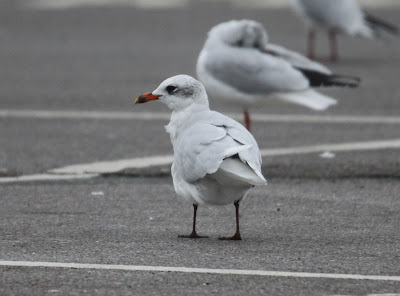 number of adults were on the car park.

It was announced yesterday that Blog Posts may dry up a little over the next few weeks as I make preparation for the New Life, but already contributions are arriving which are welcome to fill the void. From my dear friend  Vicky Cheng in Taipei, Taiwan comes this link to her most wondrous Web-Site which I know will be enjoyed by any 'birder', and others alike. There was a great feeling re-experiencing the past as I was stood next to her while she filmed a number of these subjects. 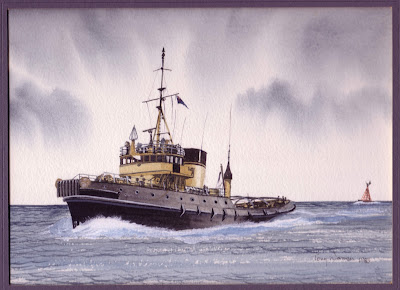 Sorting through some of my possessions I came across this original 'watercolour' by a great character I met many moons ago in Falmouth, Cornwall. At that time Tony Warren was an Auxiliary Fireman and Artist, but had been Lifeboat-Man, Lighthouse Keeper and a member of Trinity House, and took on a small commission to paint "The Lady I Loved". The Ocean Salvage Tug Confiance was a 'pride and joy' especially as I had, at one time or another, served in her as Able Seaman, Boatswain, Mate and Master, undertaking an unimaginable series of tasks in so doing! 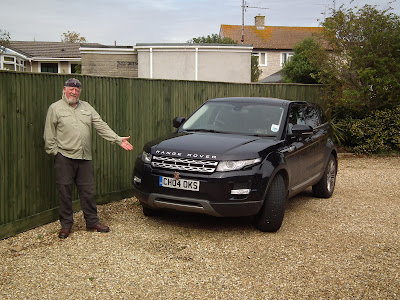 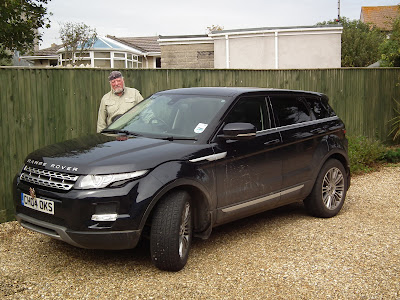 Lord of the Manor and had the use of this fine vehicle. 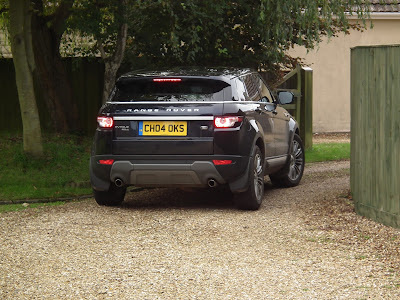 Gone are the days (back to Shanks's Pony) but by coincidence I am taking the Dampney Family to dinner this evening, and very much looking forward to it!
and from the North Sea my Shipmate and travel companion 'Billy Crumble' sends me these images and a report of "lots of birds". 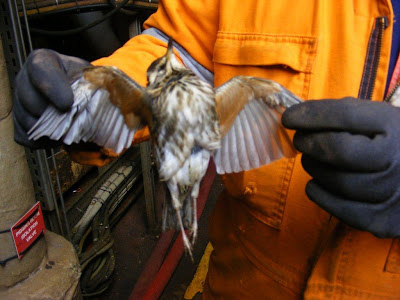 One (unfortunate) of thousands of REDWING and a number of 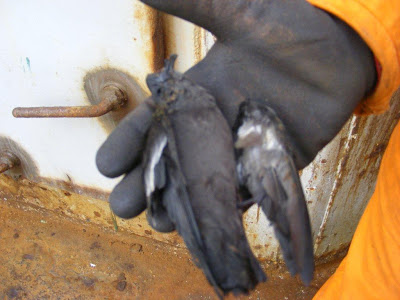 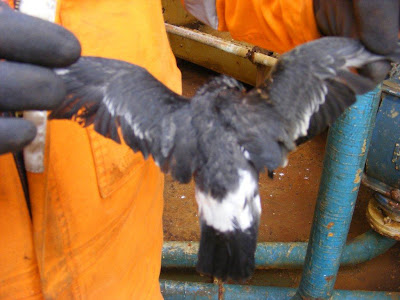 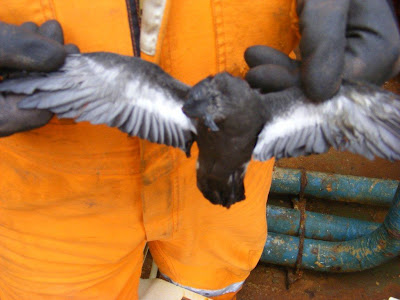 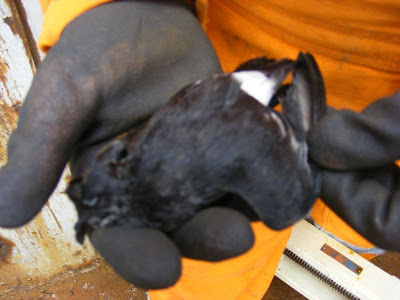 part of a 'wreck' of several dozens. Thanks Rhubarb!
Posted by Bagsy at 17:36