Well, after 29 days away it is time to say farewell to the Parley Court Farm Family and return to Weymouth. Not that leaving will be easy, but there is much to be done once I am back home. Most of the frosty morning was spent wandering around what was once My Manor 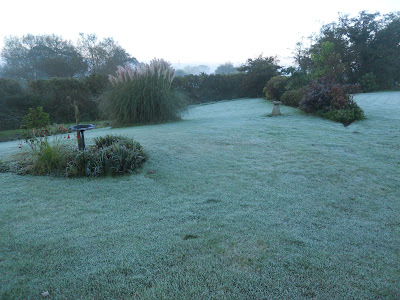 looking across the Harbins Garden, 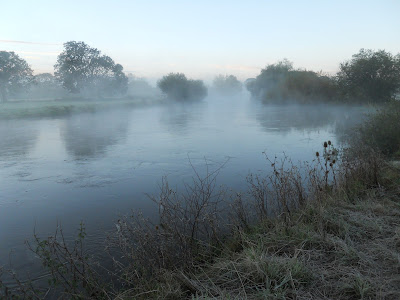 as misty and swollen River Stour 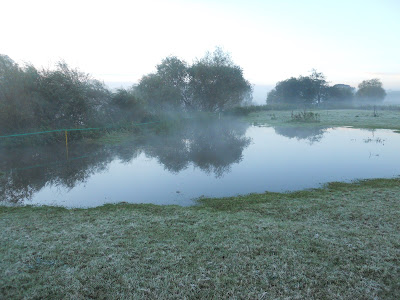 most of which was inaccessible today due to the flooded footpath and meadows. 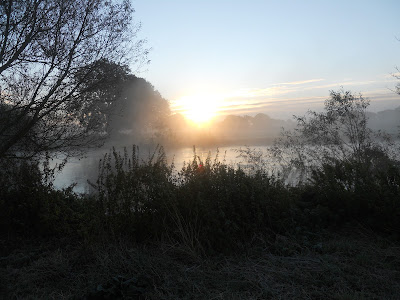 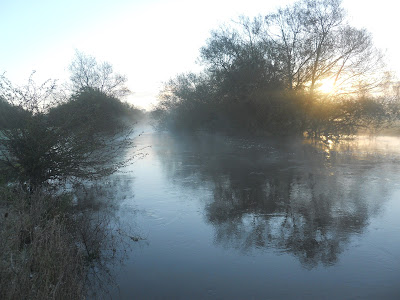 However, the sunrise more than made up for that and I was soon on my way to 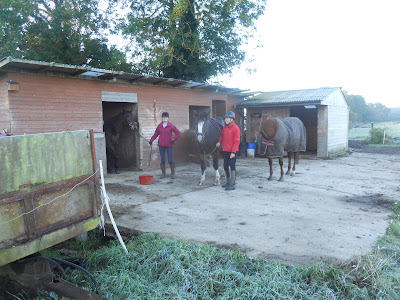 the Stable where Janet (lady of the house) and riding companion Jenny were ready for their daily canter. 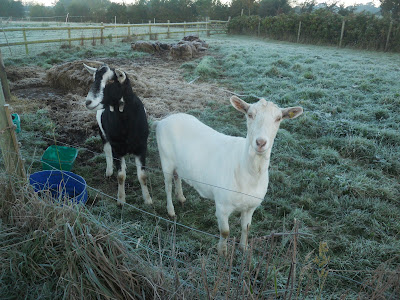 Not far down the path the Goats were awaiting breakfast 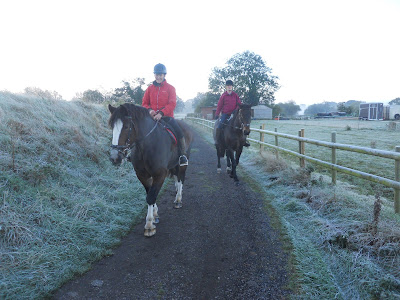 by which time the riders had caught up with me.
﻿
﻿ 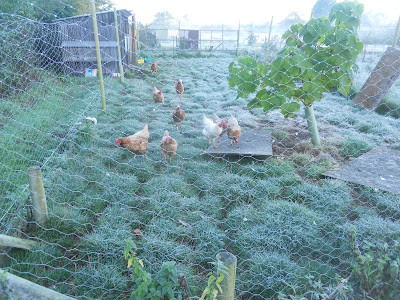 Expect the CHOOKS will be pleased to see the back of me as when I arrived there were 12, which has now reduced to 10 and I 'pinched' all their eggs.﻿ 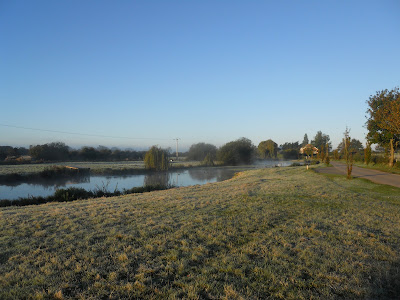 The Parley Pond has produced some excitement during my stay, best of which was the discovery of the 2 Mandarins. Unfortunately, one of the 5 juvenile Mute Swans has also 'popped its clogs', cause of death unknown. 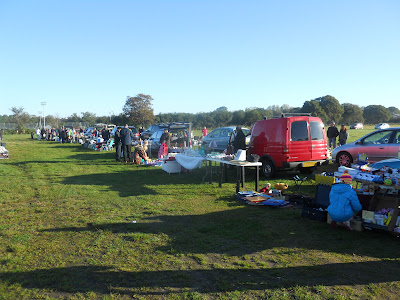 One Hugh's many 'side-lines' is the Car Boot Sale which we visited before I left and enjoyed a cup of coffee and cake, before the final duty saying 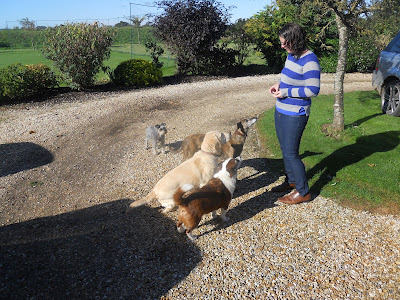 goodbye to the Dogs. They, unlike everything else under my care have increased by one as Harold the Greyhound/Whippet?? is on temporary loan. Cheerio chaps, see you again soon I hope!
﻿
Posted by Bagsy at 16:34