Having found the key to the draw-bridge this morning, and lowered it across the moat I was able to get out for the first time in 3 or 4 days. Mostly on private business which I approached via the cemetery, where Chaffinch were most numerous along with a few Blackbirds, Goldcrests and Robins while small numbers of Redwing flew overhead. Again we resort to the archive and continue the re-visit of previous trips to South America which, from e-mails received, seem to be to the liking of many. 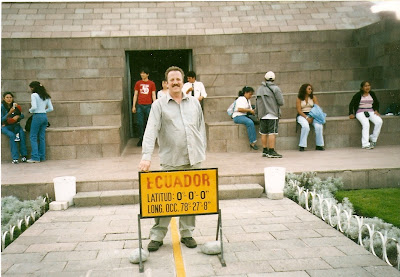 Having traveled almost the full length of Ecuador, including a week on Galapagos, MIKE HUGHES and 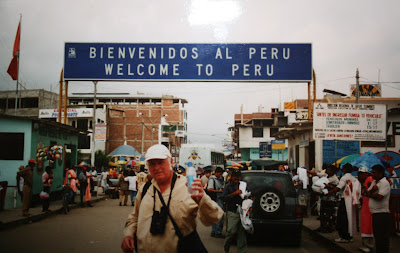 I crossed the PERUVIAN BORDER at Machala and continued our journey, via the Pan-American Highway, to the northern city of Trajillo. There, we encountered some of the most bizarre hospitality including the company of the President of Peru himself, along with his lady wife, and most of the cities dignitaries but time doesn't allow for that story right now.

It was a moonlit night in old Mexico (Peru). I walked alone between some old
adobe haciendas. Suddenly, I heard the plaintive cry of a young Mexican (Peruvian) girl.
You better come home Speedy Gonzales
We were in fact heading for 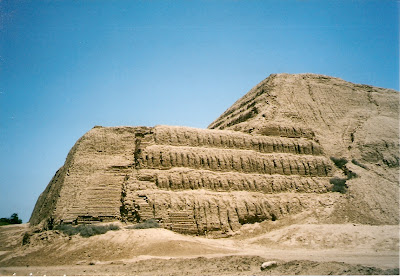 the ADOBE TEMPLES at Chan Chan, once the largest pre-Colombian city in South America, just five km west of Trujillo. Chan Chan covers an area of approximately 20 km² and once had a dense urban center of about 6 km². The vast adobe city was built by the Chimu around AD 850 and lasted until its conquest by the Inca Empire in AD 1470. It was the imperial capital of the Chimor until again conquered in the 15th century. It is estimated that around 30,000 people lived there. 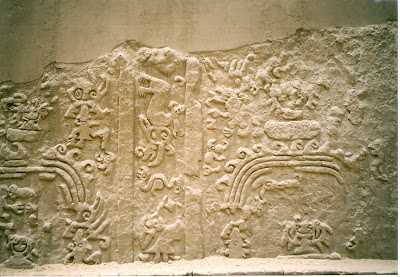 Chan Chan was added as a UNESCO World Heritage Site in 1986, but the city is severely threatened by storms from El Nino which cause heavy rains and flooding on the Peruvian coast. 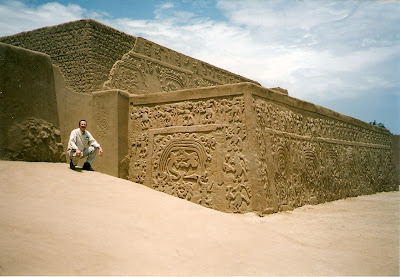 It is in a fertile, well-watered section of the coastal plain but the city's ruins are additionally threatened by earthquakes and looters. That isn't one pictured, that was at the time my Boss. 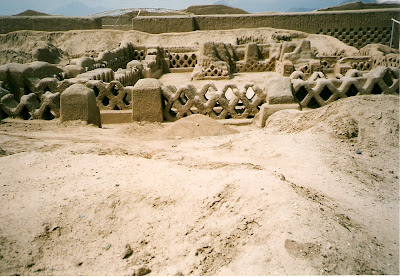 From there it was along haul by road to the capital Lima, from where we took a flight to Cuzco and the narrow gauge railway to Machu Picchu. No time to dwell there either as we moved on, again overland to

LAKE TITIKAKA the highest navigable lake in the world. 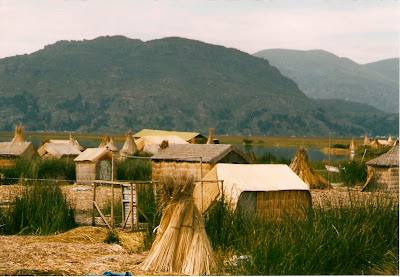 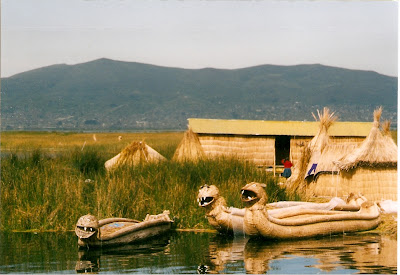 which are also used as a means of transport (boats), 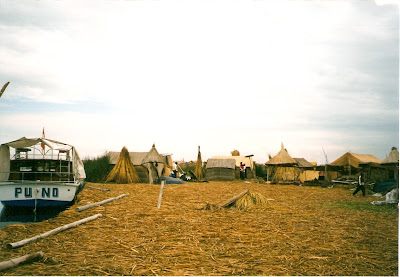 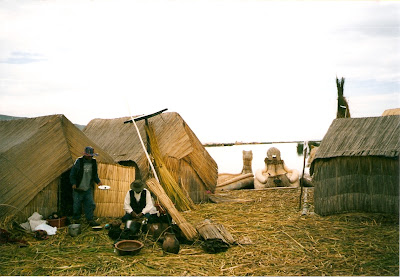 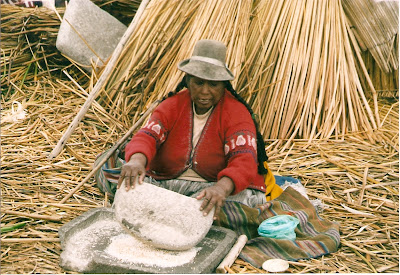 and staple diet. We can report that the taste is very good. 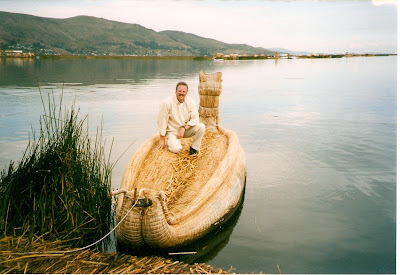 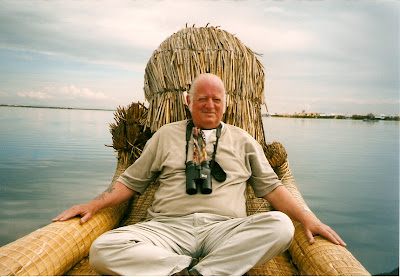 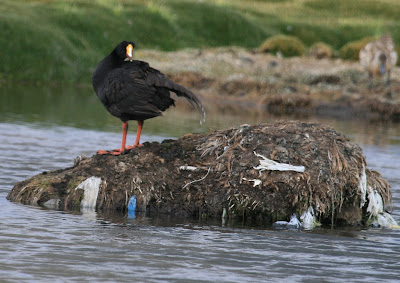 Only one 'lifer' as far as birds go on the lake, that being 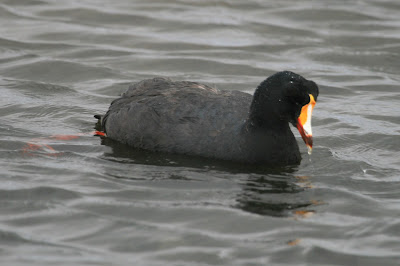 GIANT COOT, the first of which was seen sizzling away in a frying pan. We can also report that they tasted disgusting!
Posted by Bagsy at 17:22