Magic - A Flock of Seagulls

A spectacular start to today's post, but it will rapidly go down hill after, as Paul Harris sends me these terrific images of 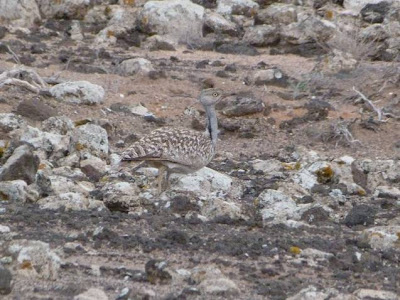 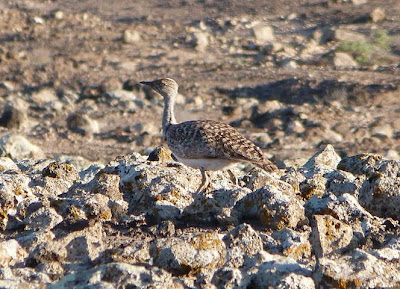 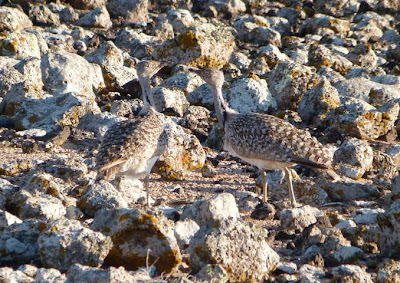 from his, and wife Annie's, recent short break in Lanzarote. If that were not enough he also reports seeing c9 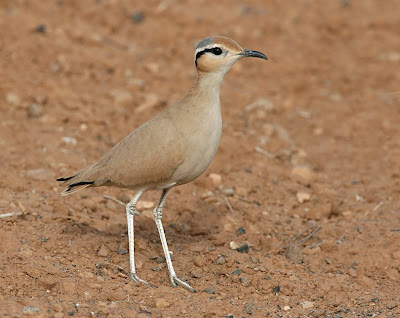 Cream-coloured Courser as well - Phewww. So many thanks for that Paul! The photograph comes from Wiki as illustration of such a fantastic bird. My own day was full of much less drama, but started with over 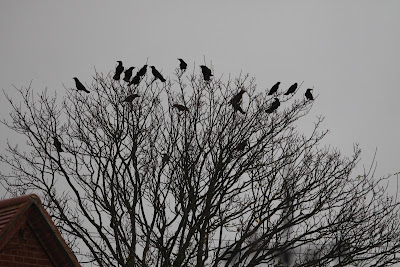 30 CARRION CROWs settling briefly in trees near to home. A nice day, with temperature higher than recently, an overcast sky and little in the way of wind. As usual the first stop was the cemetery where most notable was 'hearing' the feeling flock of Long-tailed Tits, so quickly onward. 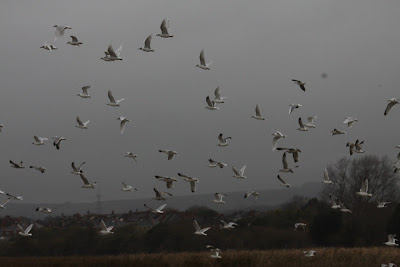 Cetti's Warbler, Water Rail and Bearded Tit were all very vocal before even reaching the shelter on The Loop at Radipole, where the biggest flock of Gulls I have seen this end of the year took to the wing. 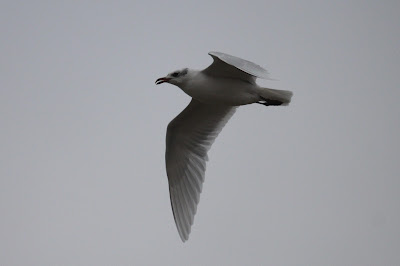 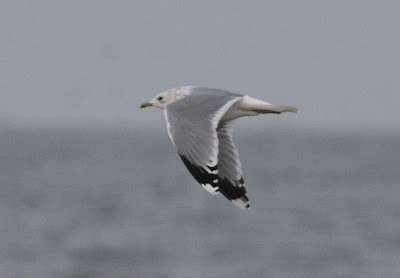 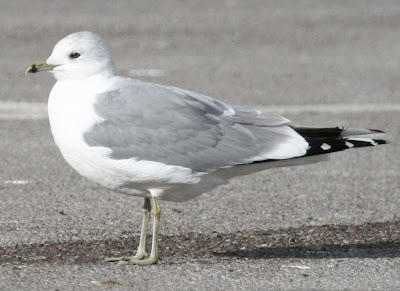 COMMON GULLs which in my view are always good to see. 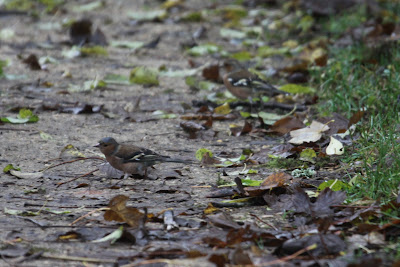 Plenty of small birds too, but all of the common kind, with CHAFFINCH most numerous followed by Gold and Greenfinch. 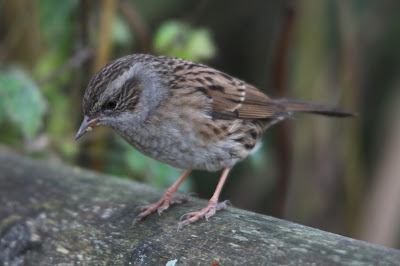 DUNNOCKs and Robins were being particularly bold 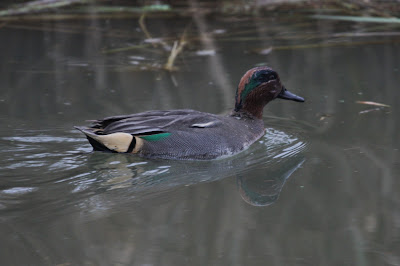 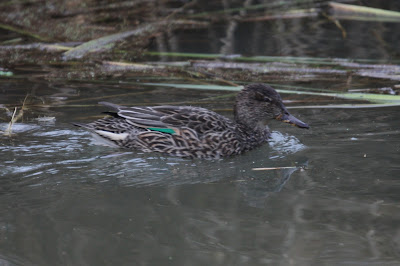 while this pair of TEAL seemed little perplexed at my approach. 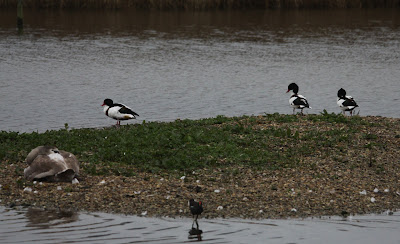 Also newly arrived it seemed were these c3 SHELDUCK, likely just back from Heligoland. 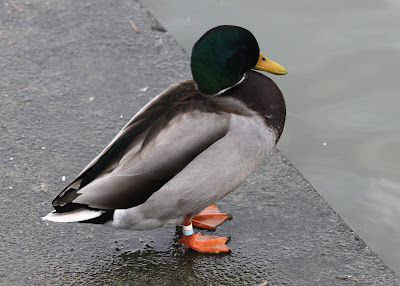 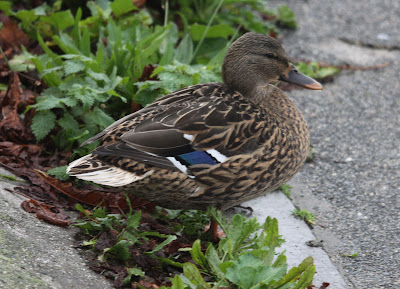 Otherwise, it was down to the usual resident Ducks and Grebes to make up today's numbers such as this pair of MALLARD, 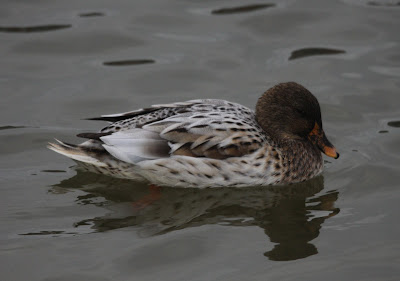 a long staying rather strange Hybrid? 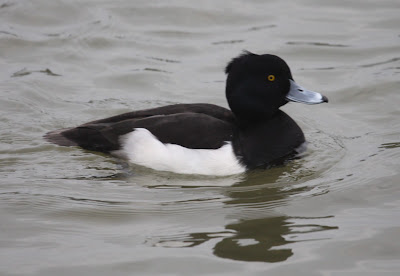 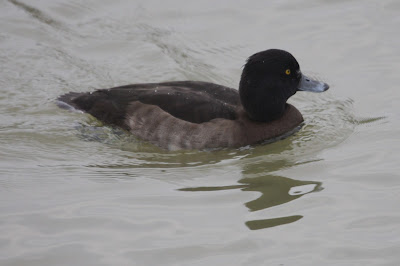 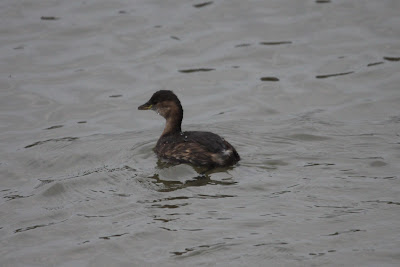 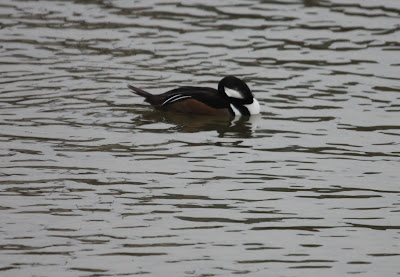 along with the familiar sight of the male HOODED MERGANSER which was today distant and uncooperative. 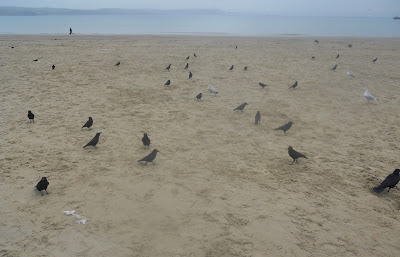 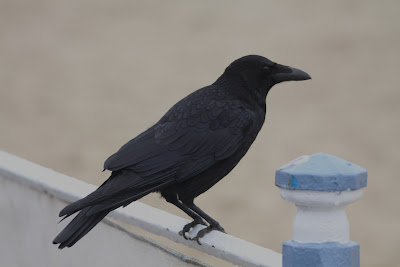 Awaiting the bus to Portland, another familiar sight during the winter months, over 60 CARRION CROWs. 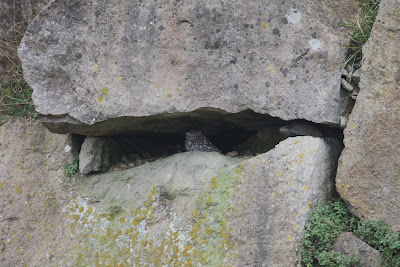 The Bill was just about devoid of small birds with just Goldfinch, Pied Wagtail, Starling and Rock Pipit on show, 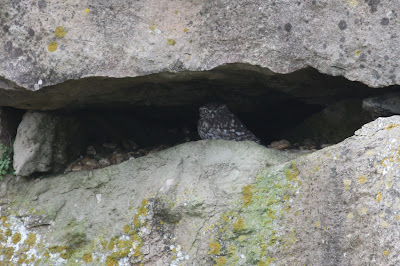 but the LITTLE OWL in the Observatory Quarry was there to make up the numbers. A coffee at an also subdued Bird Obs, where only a handful of birds had been caught, then quickly onto another cup at Secret's house. 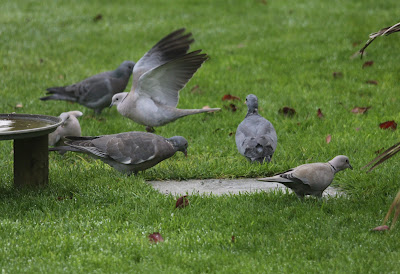 There, WOOD PIGEON, COLLARED DOVE and STOCK DOVE (all plural) were taking advantage of the corn provided, while a female Greast Spotted Woodpecker spent prolonged periods on the nut feeder and in nearby trees.
Posted by Bagsy at 17:43