View From The Top - Cat Stevens

A sunny day with a chill on the wind, I decided to catch the fall of tide at Ferry Bridge it being just one day after the New Moon producing some of the highest (and lowest) tides of the year. 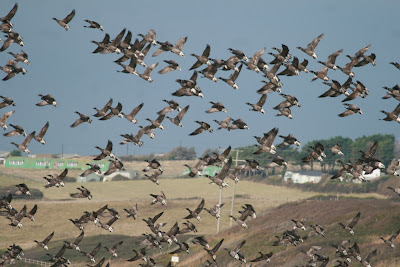 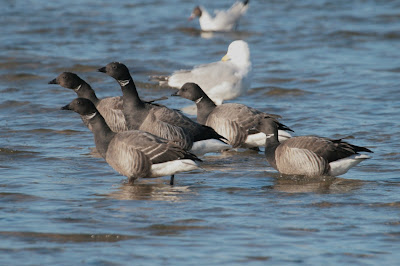 but a little flighty, seemingly without reason. 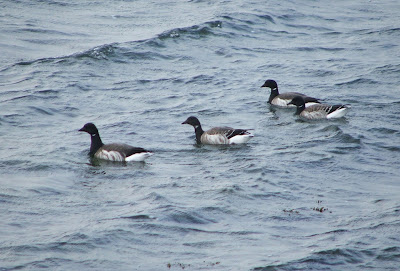 The PALE-BELLIED BRENTs remain there too 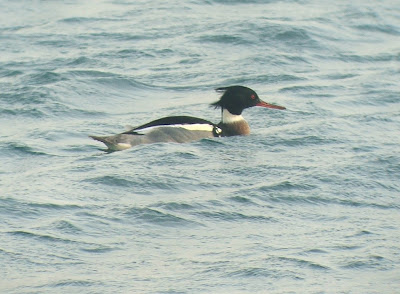 along with a few male and 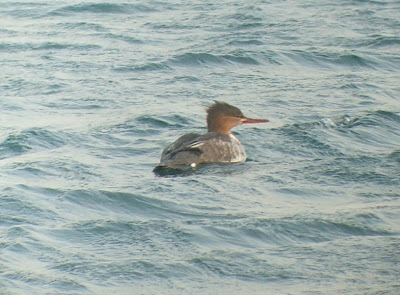 female RED-BREASTED MERGANSER, but looking across Portland Harbour there was something, potentially, more interesting. 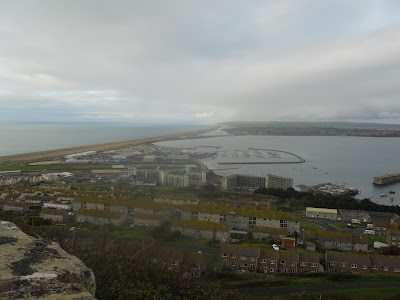 Joined by The Secret Lemonade Drinker (Gary White) we headed for The Verne, a high vantage point at the north end of Portland. The views alone are excellent value, looking across the harbour to the National Sailing Academy (centre) and the Fleet Lagoon (distant) nestling inside the Chesil Bank, but it was of great coincidence that my suspicions were confirmed. 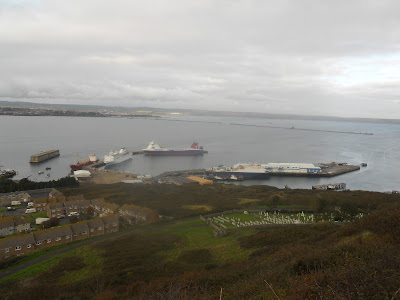 Laying there at No. 1 berth Queen's Pier was none other than the ship I will be boarding early next month. 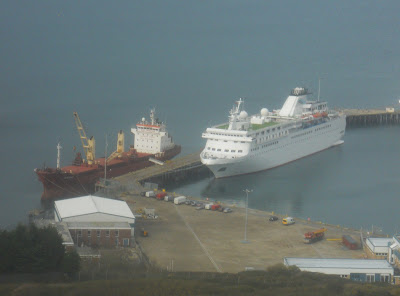 There was some reluctance in reporting this to the readership, as not to spoil the impact of my day to day posts during the trip, so will make the following suggestion:- 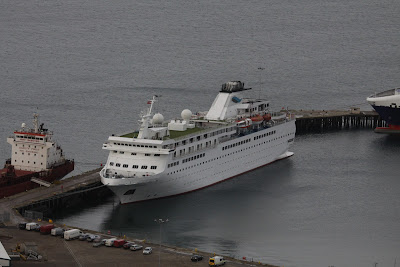 It would be simple enough to identify the vessel, visit the appropriate web-site and obtain the full itinerary, but suggest you don't do that maintaining the daily surprise? It's up to the individual of course! 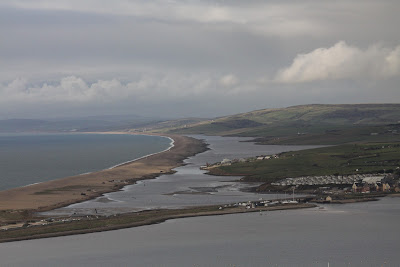 A closer look at the Fleet Lagoon, 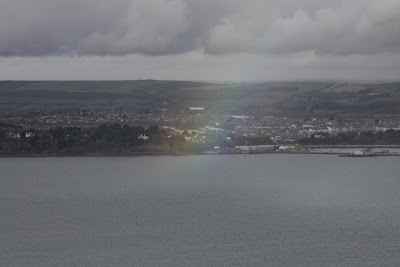 as a light rain squall crossed the harbour leaving just a traces of a RAINBOW in the otherwise bright sunlight. 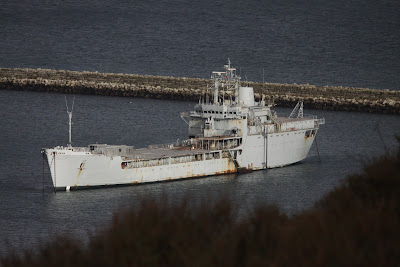 All else to see was the familiar sight of the old 'Round Table Class' Landing Ship Logistics RFA SIR TRISTRAM, now used for Special Operations Training and the 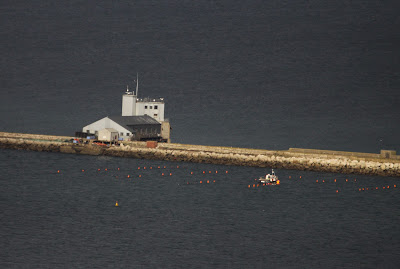 DISTANT RANGE which once stood as a Torpedo Firing Facility for research purposes. 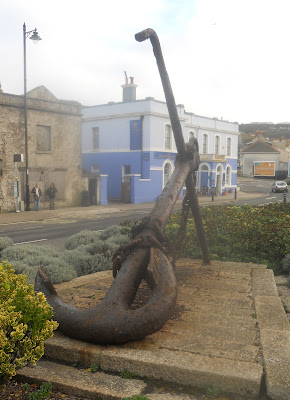 Secret dropped me at Victoria Square to catch the bus home, where I decided to photograph this old ADMIRALTY PATTERN ANCHOR which is now more ornament that functional. Crossing back to the Bus Shelter I encountered a young man who in all respects looked Filipino, which he is. 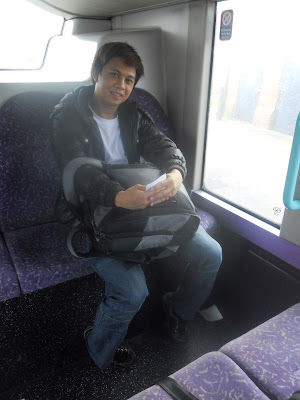 MARK is a Steward on the very ship we had just been viewing and will likely add to my enjoyment onboard. We had a good chat on the way to Weymouth where he was going to spend his off-duty hours looking at our town. Not enough time really, but secure in the knowledge we'll likely meet again, hope to see you soon Mark.
Posted by Bagsy at 17:53