Of No Fixed Abode

So, it is done - I am now officially Of No Fixed Abode but that doesn't come without a deal of difficulty. Most computers are not geared up to accept ONFA so visiting your bank account, utility bills, council tax etc puts the authority in a muddle - that will be for them to sort out not me!
I most certainly couldn't set off on the next adventure without saying a fond farewell to my 'second family' at Parley Court, where yesterday evening a combination of the Dampney / Wickham's  welcomed me with open arms. Most of the family were gathered for a fine dinner with pudding and wine to match, so it was great to be back! 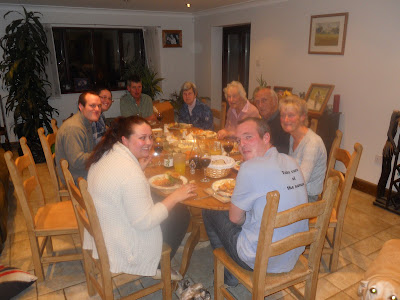 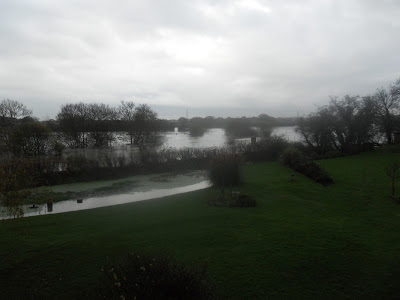 This morning featured an early 'pitch inspection' to view the swollen River Stour encroaching on much of the farmland hereabouts and little else due to intermittent heavy rain and a significant fall in temperature. 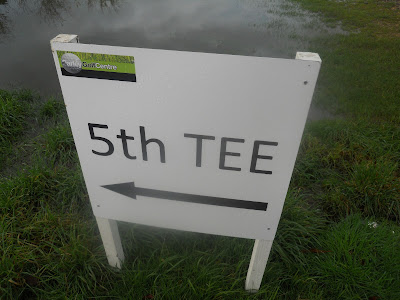 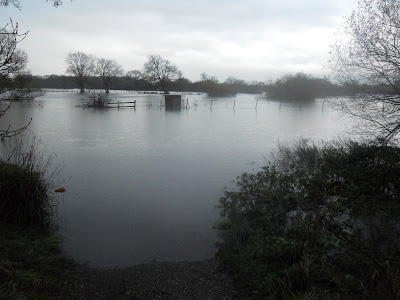 this being the 5th fairway, also submerged, with the tee to the right, 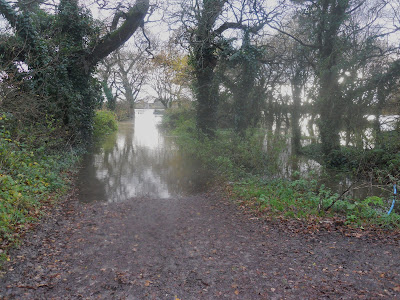 as was most of the local woodlands as well. 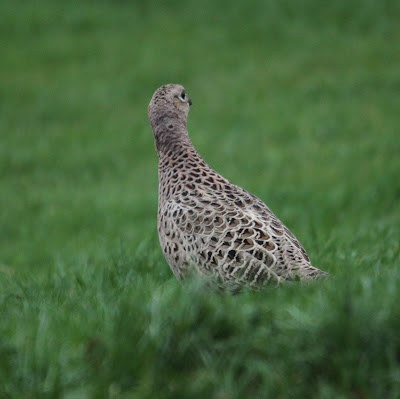 However, it's an ill-wind that doesn't blow somebody (or something) some good, 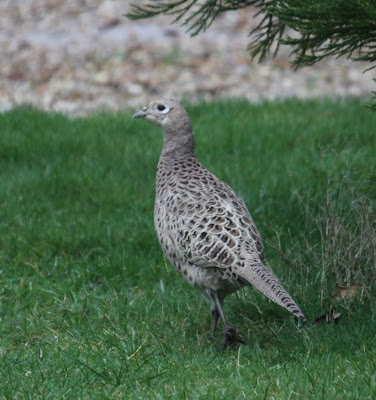 as with the Annual Shoot cancelled due to rain inundation 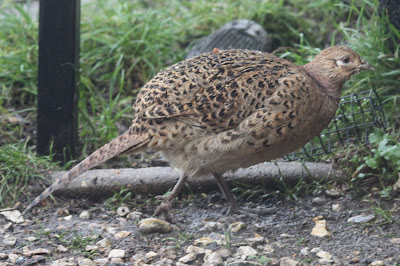 these PHEASANTs live to see another day. 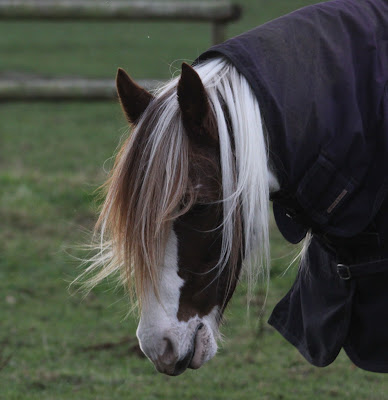 Most of the horses, and there are many dozens of them, are now wearing waterproofs and warm attire, 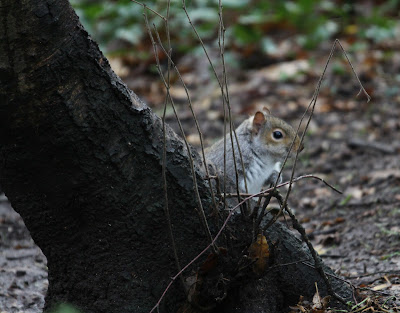 as local GREY SQUIRRELs go about gathering what nuts and other food they can find. 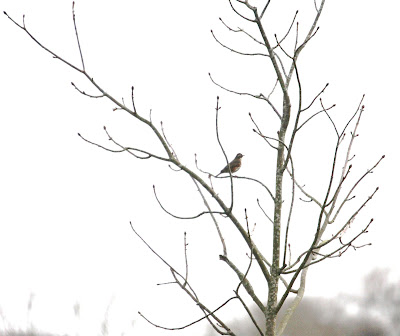 REDWING have now moved in in good numbers (100+), but remain elusive, while a similar number of Fieldfare totally unapproachable 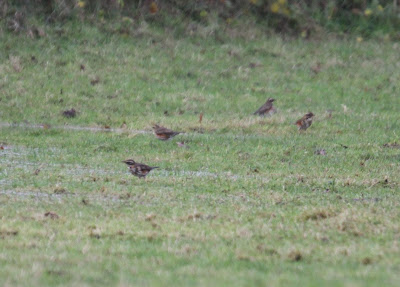 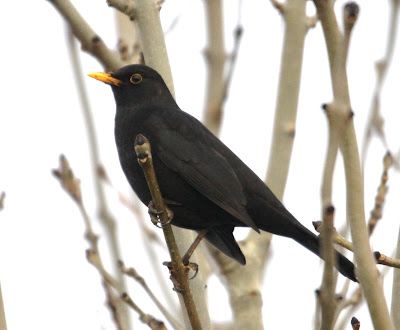 BLACKBIRDs are once again numerous, in every hedgerow, 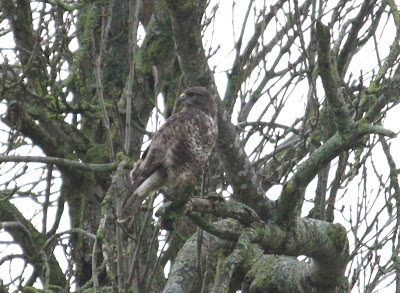 while COMMON BUZZARD and 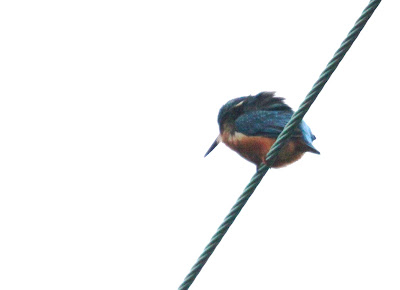 KINGFISHER carry out a continued search for their next meals. 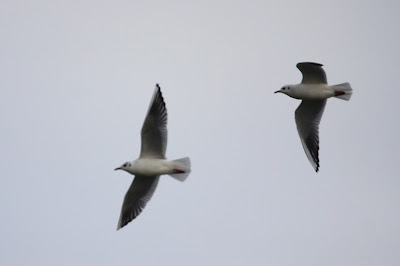 BLACK-HEADED GULLs seem to be enjoying the underwater Gold Course 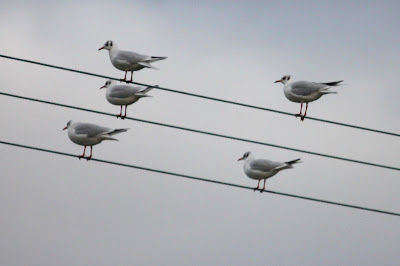 spending much of their time commuting from the power lines to the various 'greens' where food seems in plentiful supply. Let's hope the rain abates tomorrow allowing for a better look around.
Posted by Bagsy at 17:15