With the days getting fewer and the Gods seemingly against us it seemed unlikely that I was going to see my Australian leg of the family before I left. Commander Bernard York of the Royal Australian Navy has been given a 3 years 'draft chit' to Bristol, England and with my trip already unchangeable we were destined not to get together before departure. However there's more than one way to skin a cat and as looked out of the farm-house window 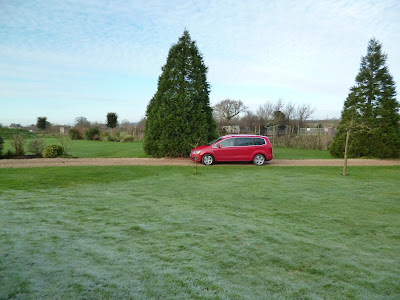 an unfamiliar car was approaching. Who could it be? It wouldn't be too long before I was to find out that it was none other than 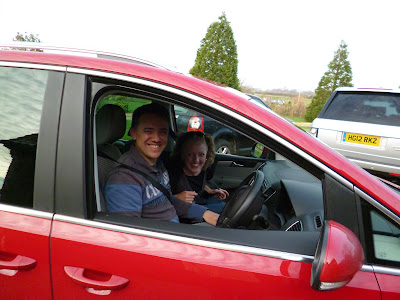 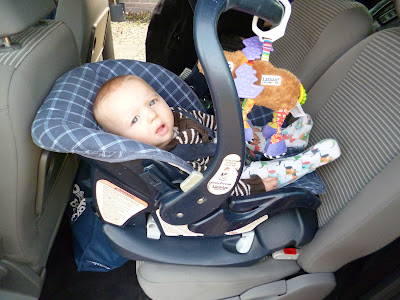 complete with my latest Grandson BENJAMIN, who I had not met before, 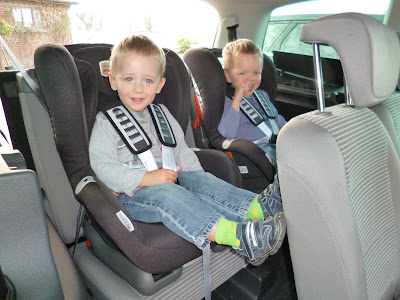 along with brothers ALEXANDER and FREDERICK who I saw for just a short time on my second visit to the continent. 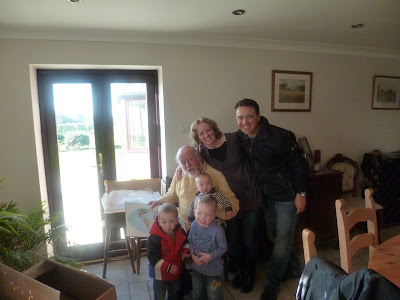 The eldest of these, Fred, seems to be following in Grandpa Bagsy's footsteps as he is an Atlas addict, 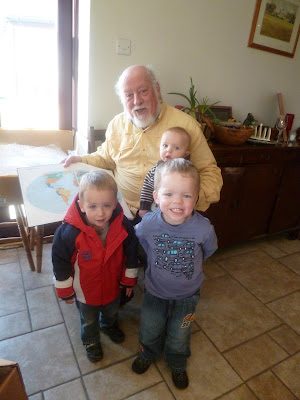 who without prompting and at the age of 3 can point out most of the countries of the world when asked. He in turn is passing this skill on to middle grandson Alex who I guess will 'do the honours' as Ben gets older. 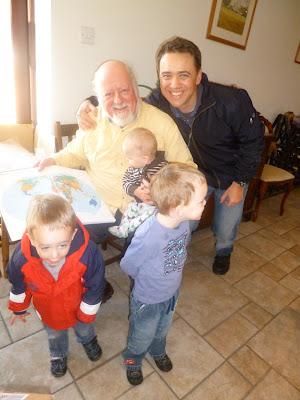 Not always easy to make contact with young children who you hardly know, my favourite book proved to be the common denominator in this instance. 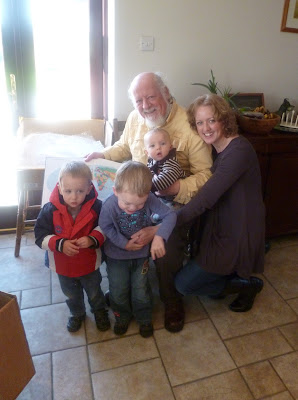 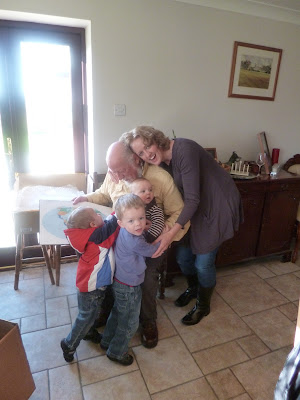 Having thought our paths were only going to cross, it was something of an emotional moment as I was able to make contact with these fine lads and what better place than Parley Court Farm. 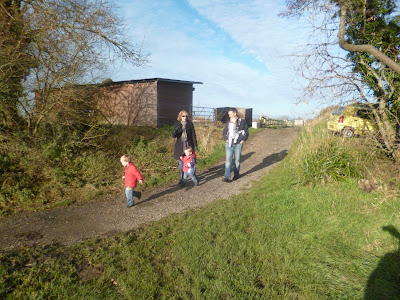 Having had little contact with farm animals they, plus Mummy and Daddy, seemed overjoyed to 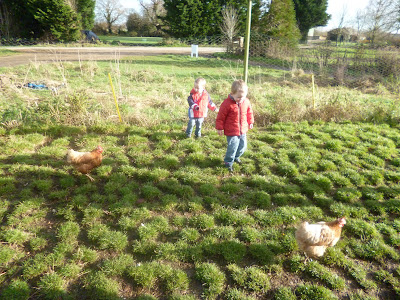 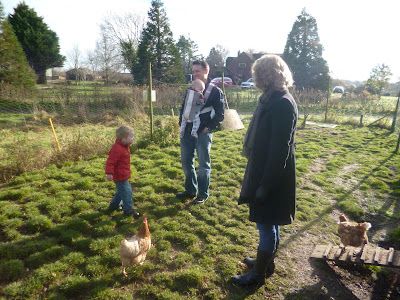 to get 'hands on' with CHICKENs, Goats 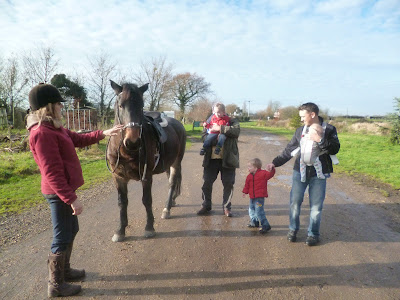 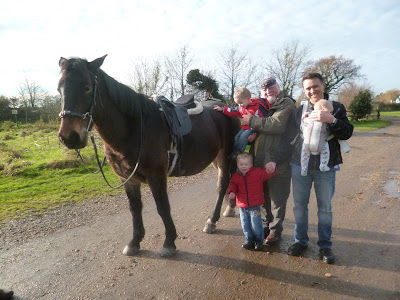 and HORSEs but were reluctant to climb onboard. 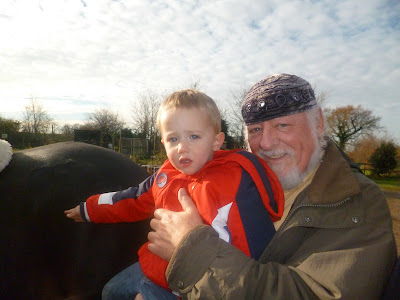 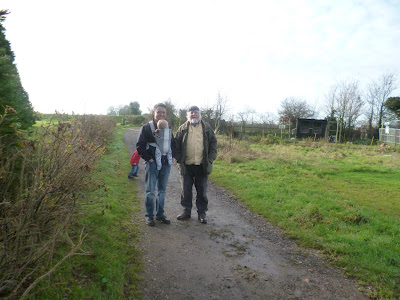 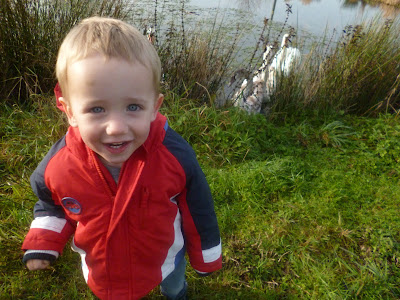 ALEX with the local SWANs. 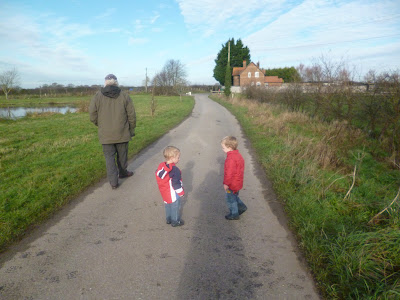 Come on lads, keep up with Grandpa. 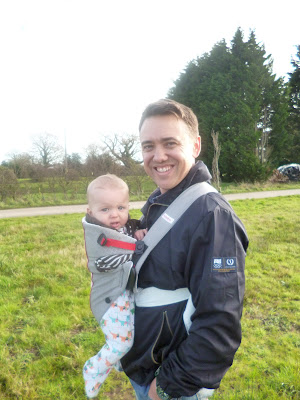 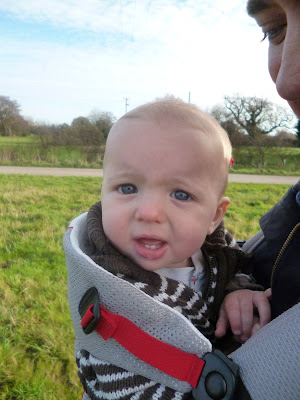 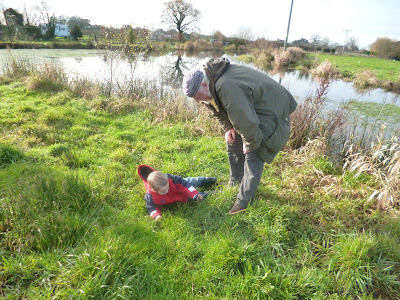 Alex taking a roll in the wet grass just before dinner. 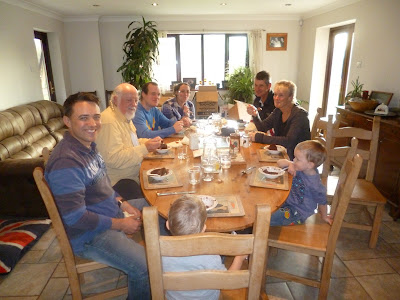 Hugh, Janet, Daryl and Cath had invited us all to stay for dinner 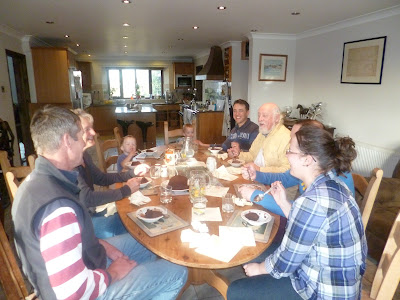 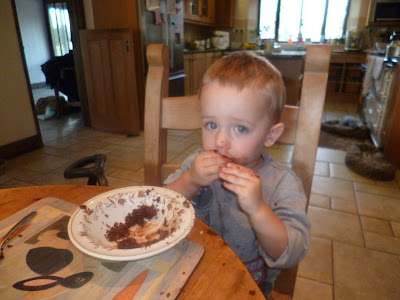 It would seem that Alexander and 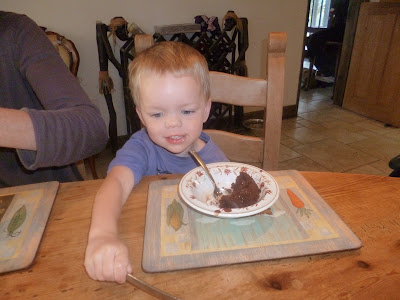 Frederick loved Janet's Chocolate Pudding and Cream almost as much as Grandpa Bagsy - hope it won't be too long before I see you all again, and GOOD LUCK with your new adventure in life.
THANKS also to the Dampney Family for once again being 'True Friends'
Posted by Bagsy at 17:29