Don't know what that 'headlines' got to do with anything but just the first,
and a very good song that came to mind - I hope mine isn't!
By comparison with most just lately the weather today was 'no bad' so thought worth a walk in the (black) forest. Not that there is anything 'black' about the New Forest but the headline just fits! A number of prospective additions to the Year List but being in Hampshire none to add to the Country tally. Knowing the traits of overwintering wildfowl, it is usual that once they find a favoured spot they are likely to stay put? 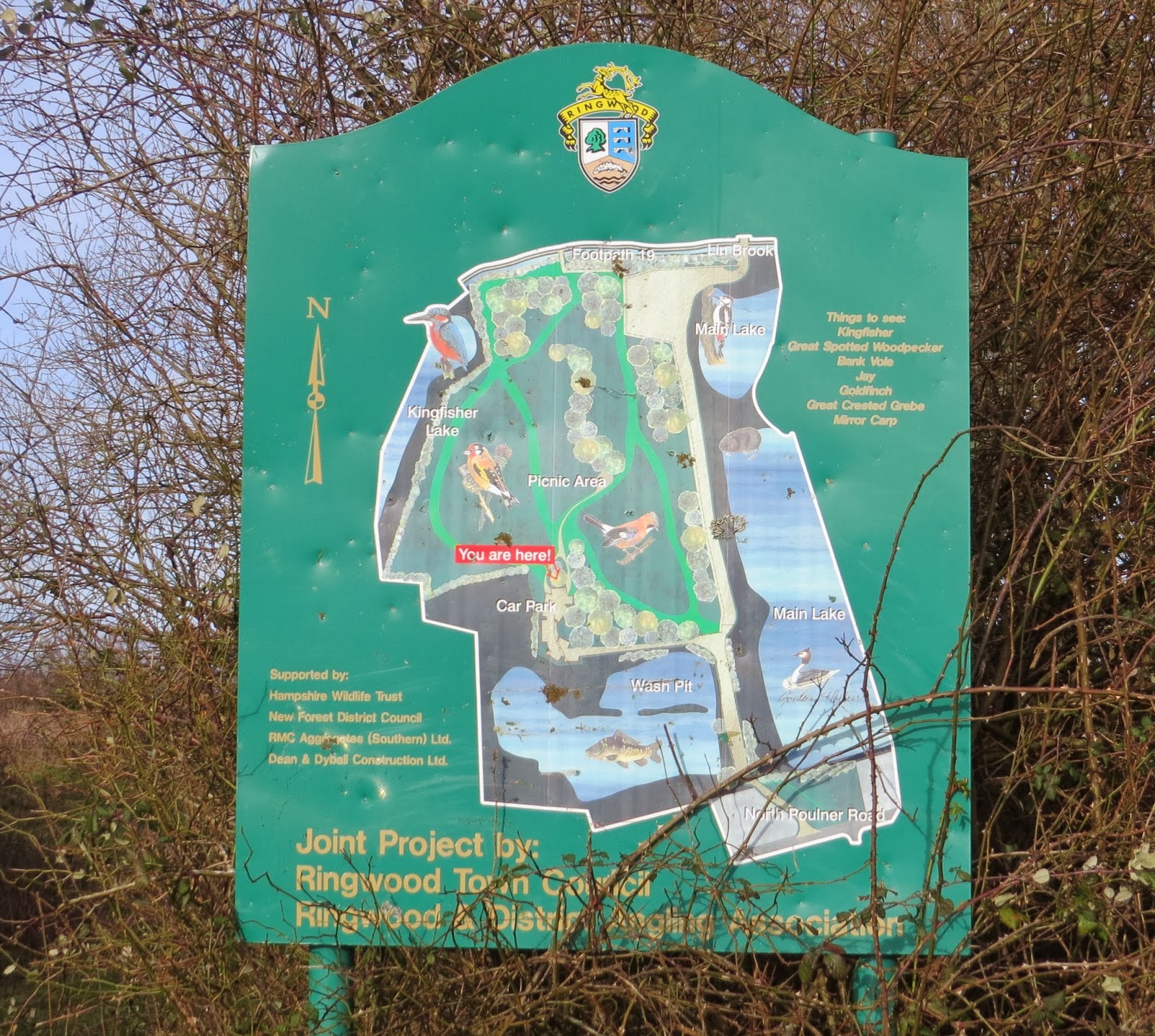 Since the break of the New Year there was this gut-feeling that
the Ferrugenous Duck, seen in December at Kingfisher Lake (left
of map), may still be there but without report. 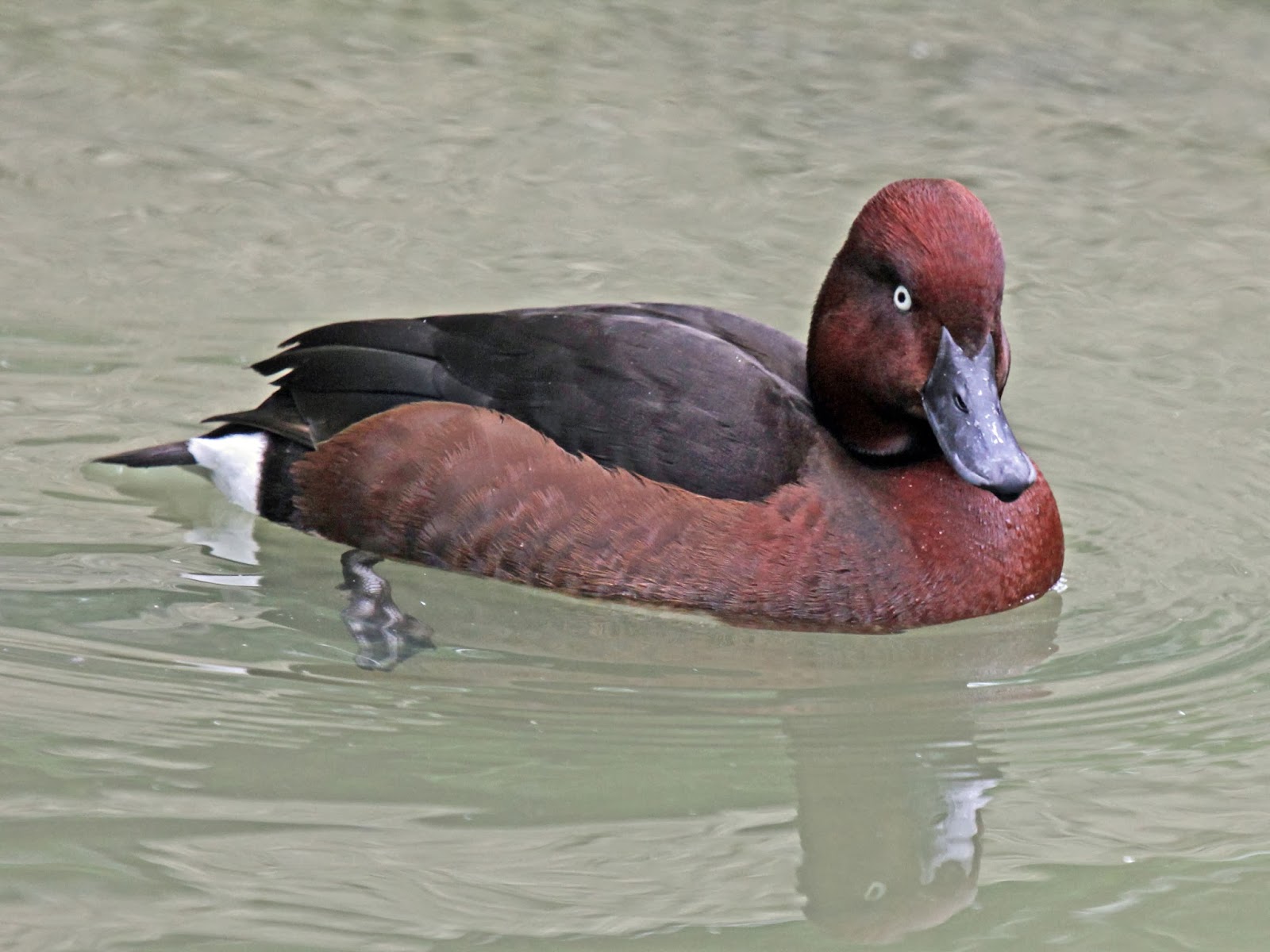 Then, no more than a whisper from my Chief Informant that it had been seen at the east side of the lake spurred me to take a look. Despite the (Wiki) photo, to show what we are on about, nothing was seen of the Duck and very little of the Lake as the vegetation is so dense the water is hardly viewable. 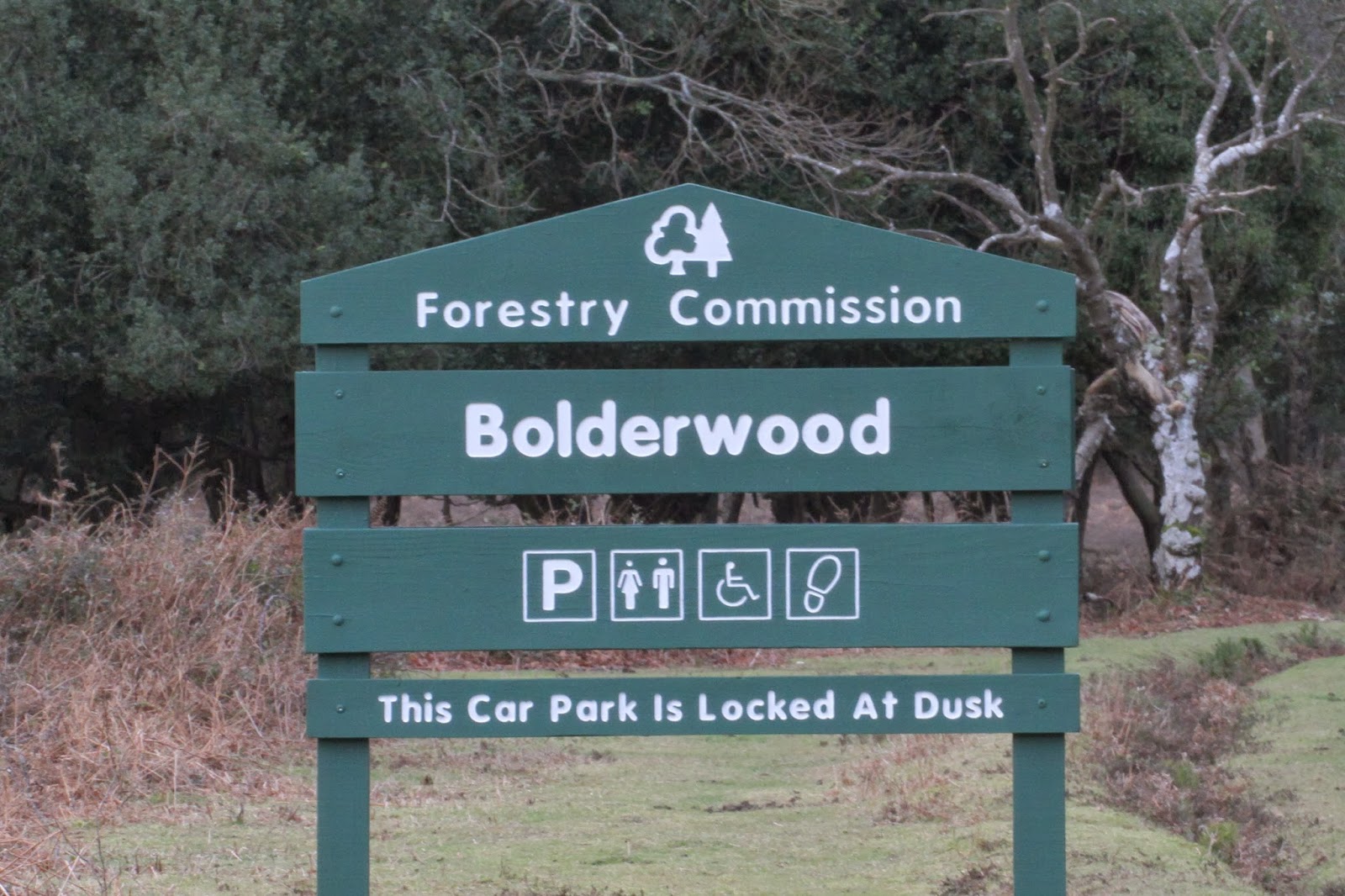 Reports of Parrot Crossbill at this site in the New Forest was a real temptation, supposedly favouring the Scots Pines to the north east of the car park. Remembering the 10 attempts, without success, to see this elusive visitor from the north the determination set in. A full hour without a Crossbill of any description, or a 'birder' for that matter was when the only rain shower of the day arrived. Seeking shelter, there was a chap with a telescope who directed me to a flock of 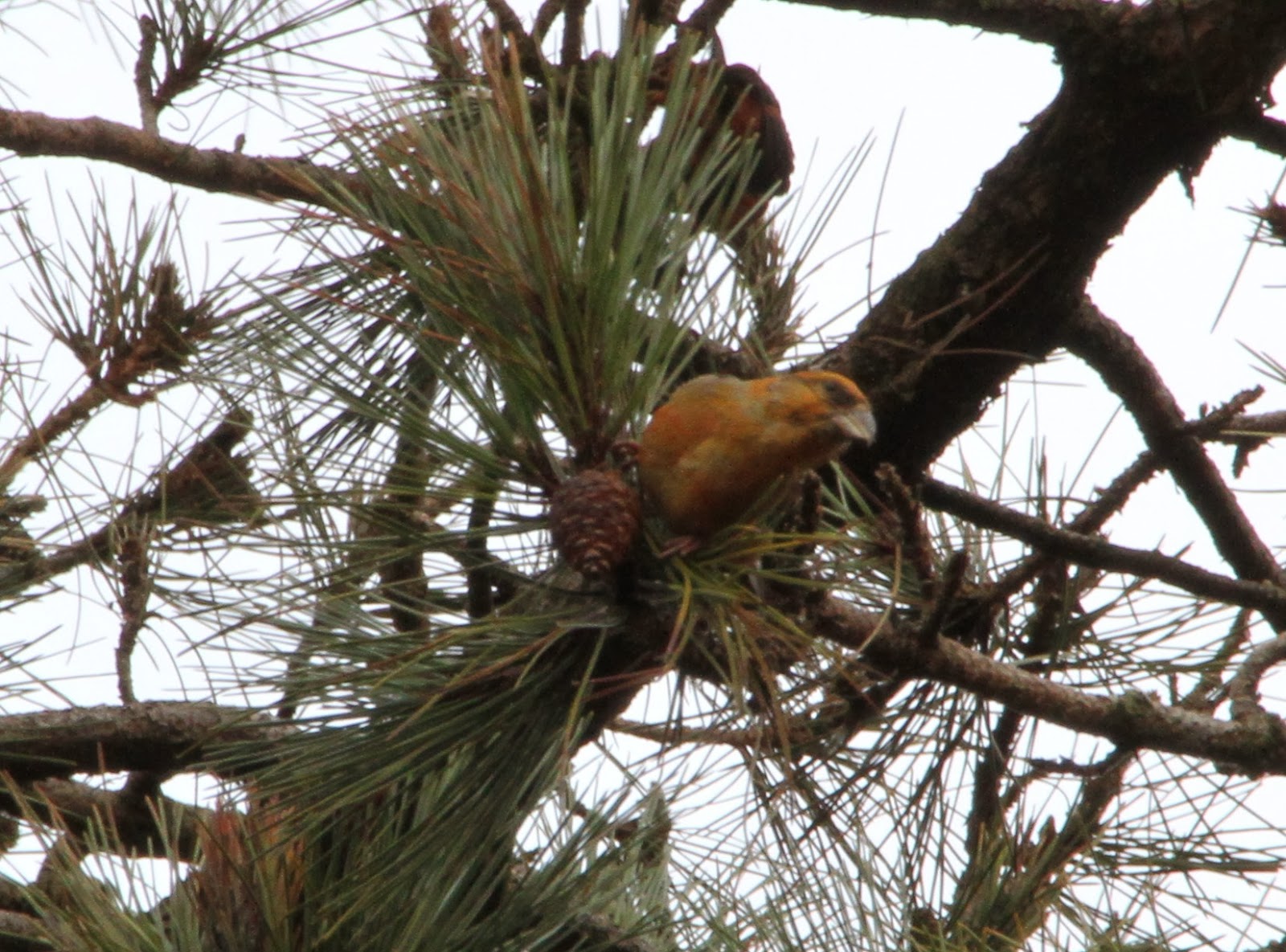 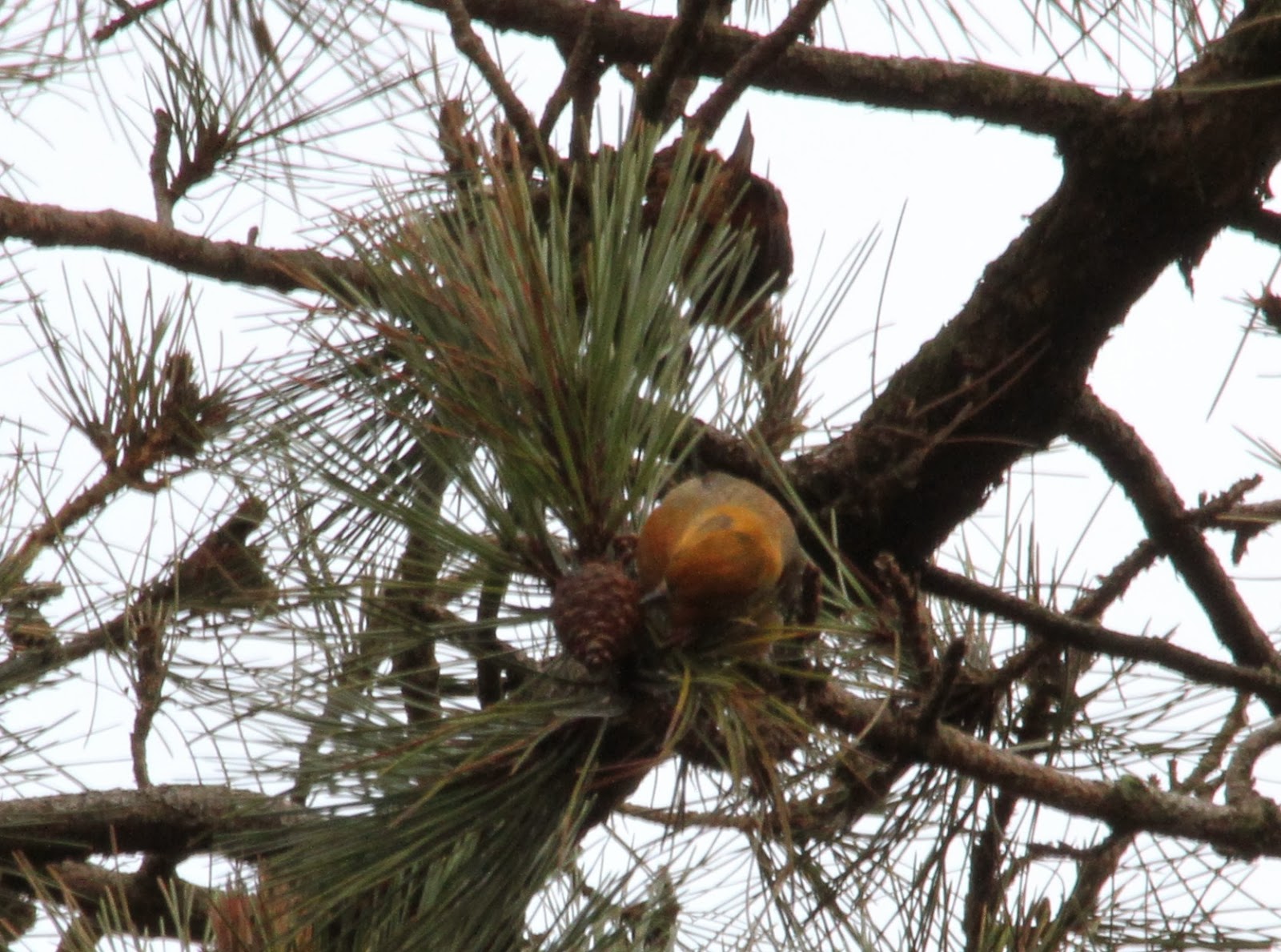 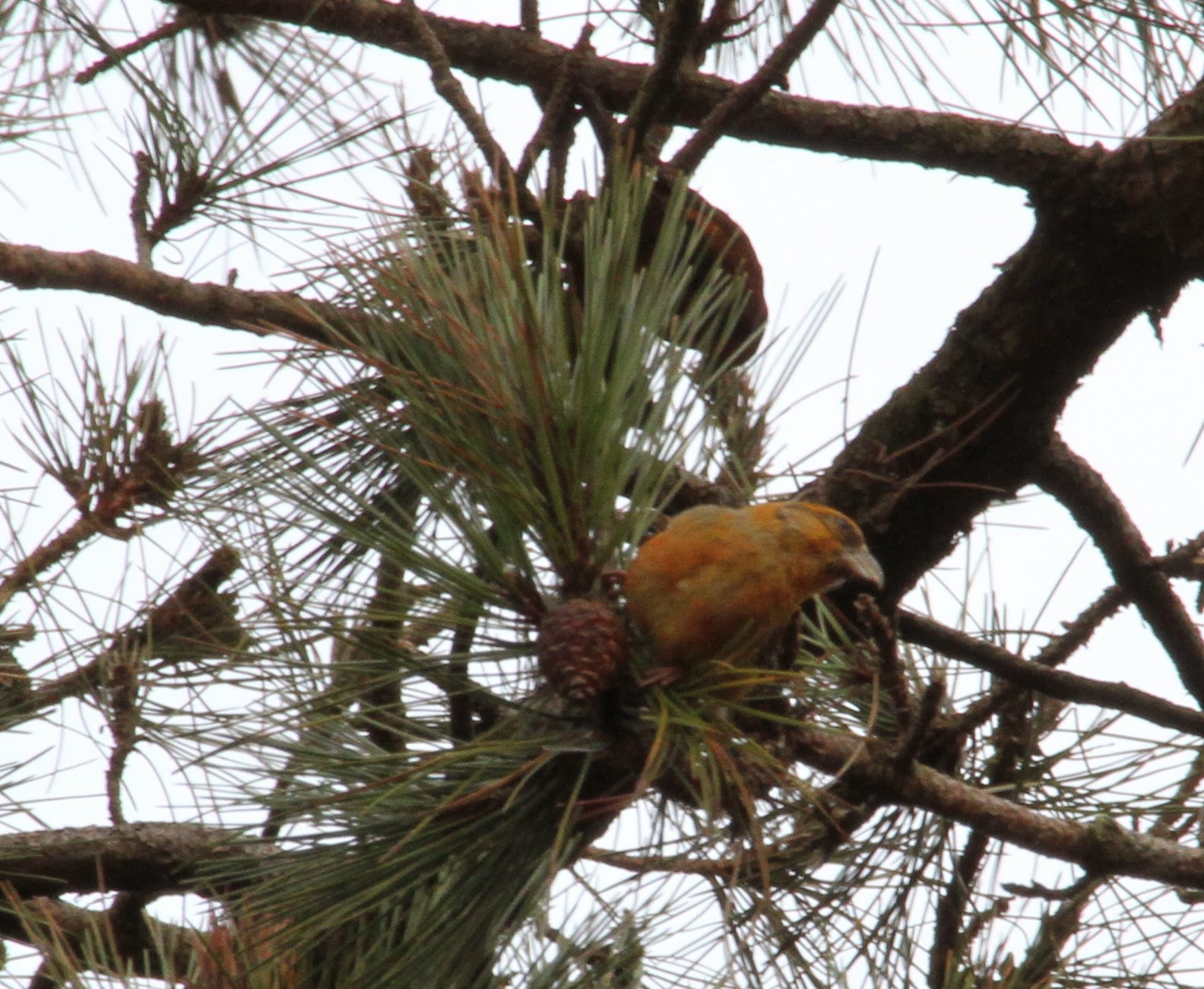 COMMON CROSSBILL
among which there were c2 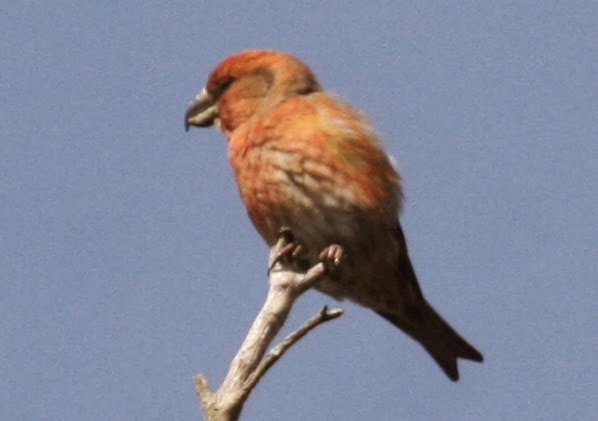 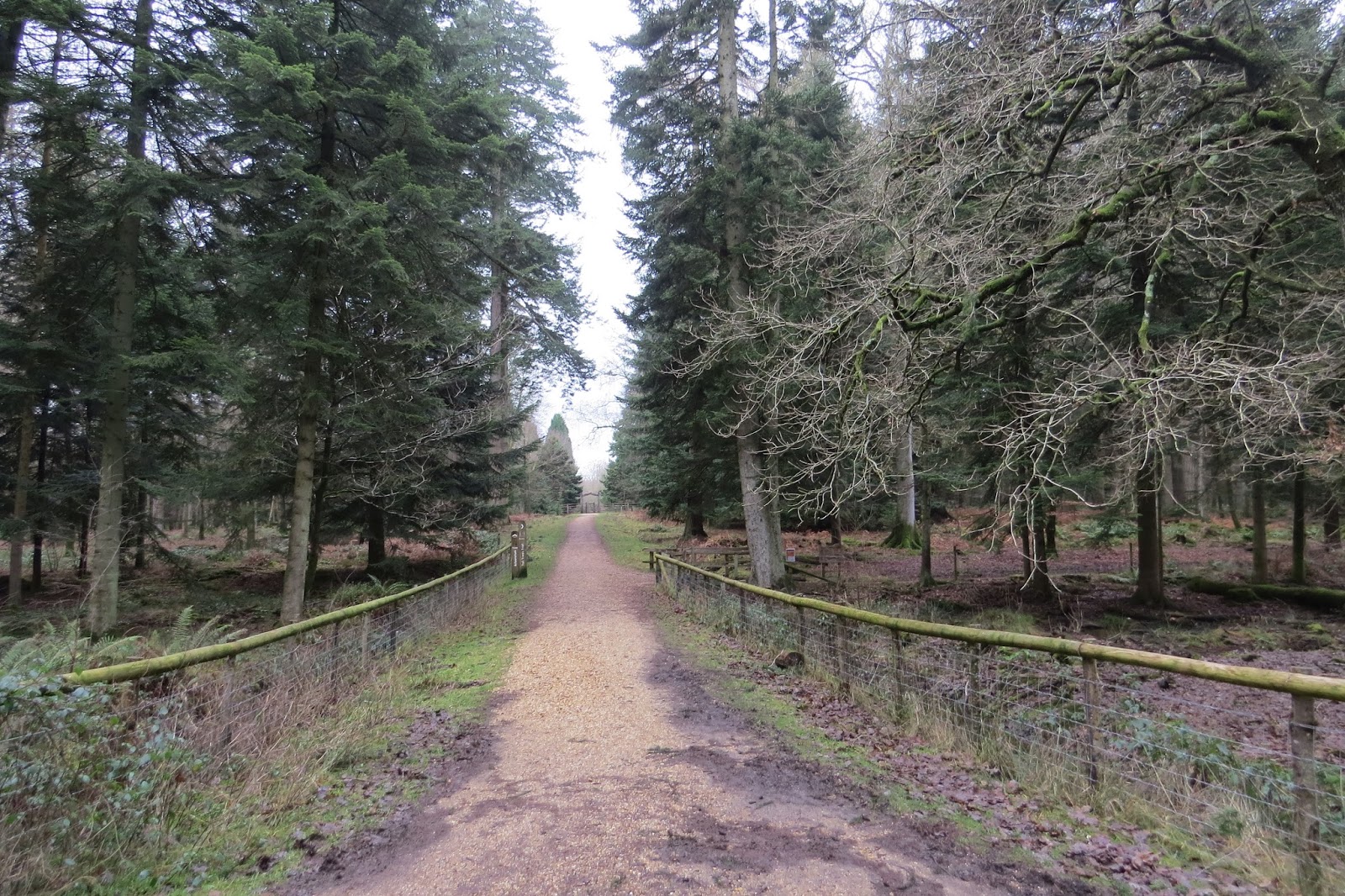 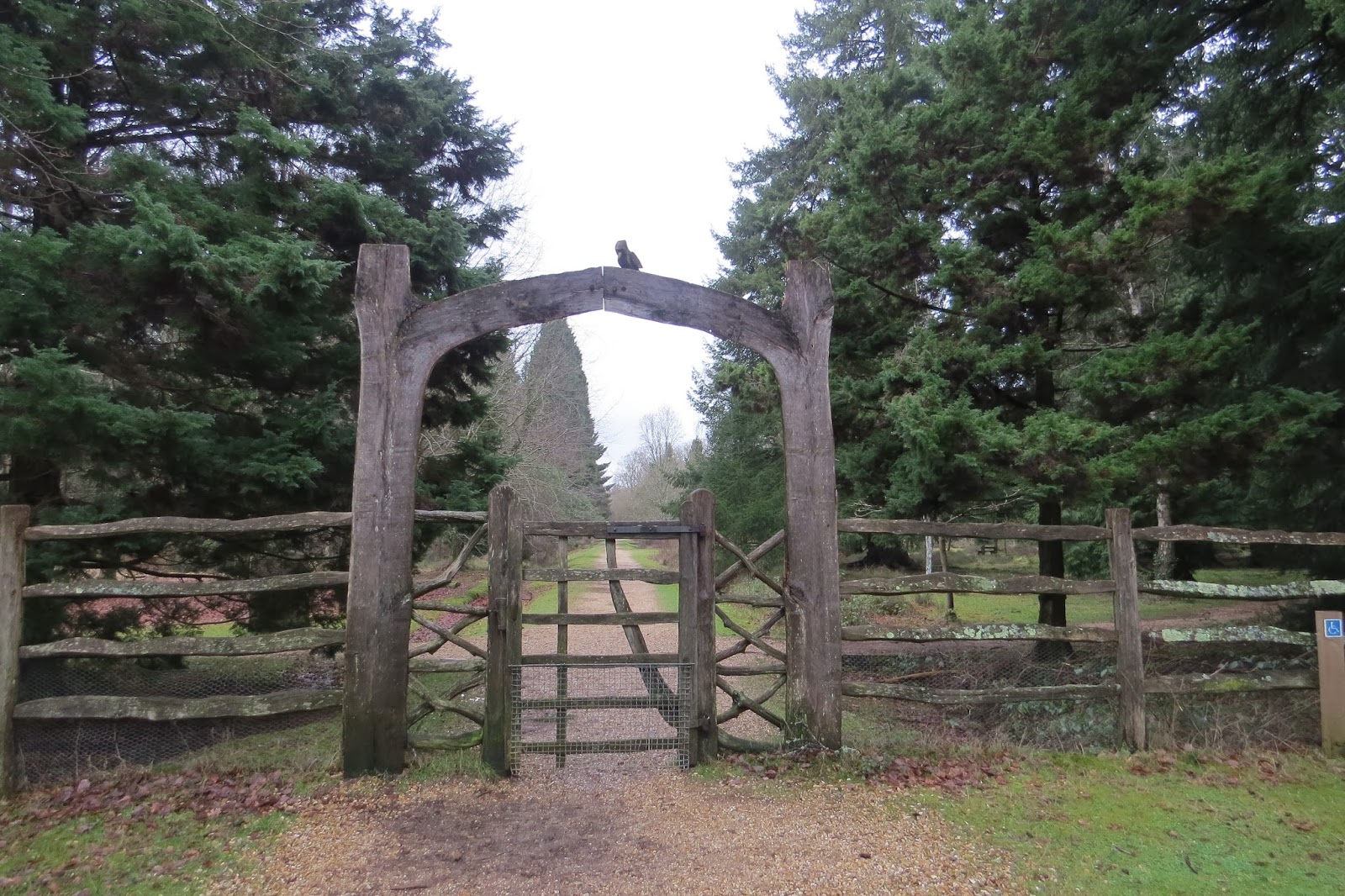 complete with an Ornamental Drive and excellent collection of
trees from around the world. Here, as sure as birding can be a
small flock of 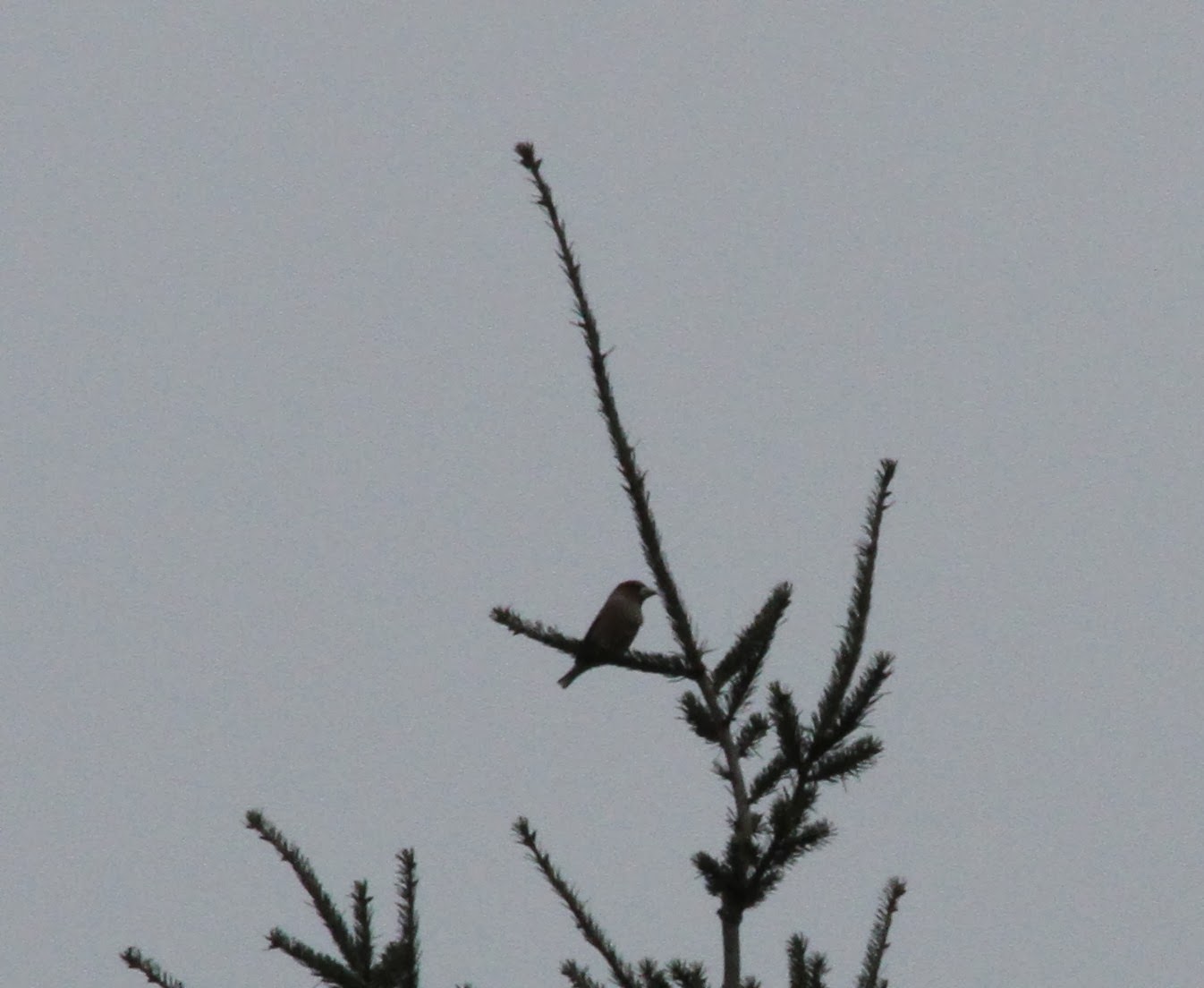 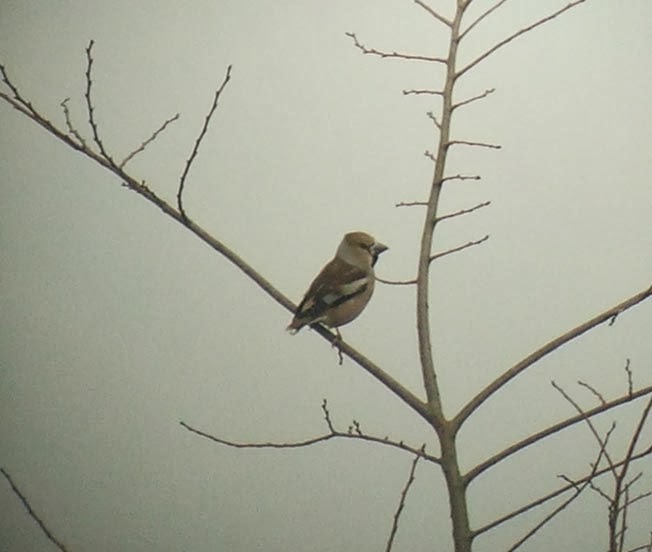 come to roost in the last hours of daylight. 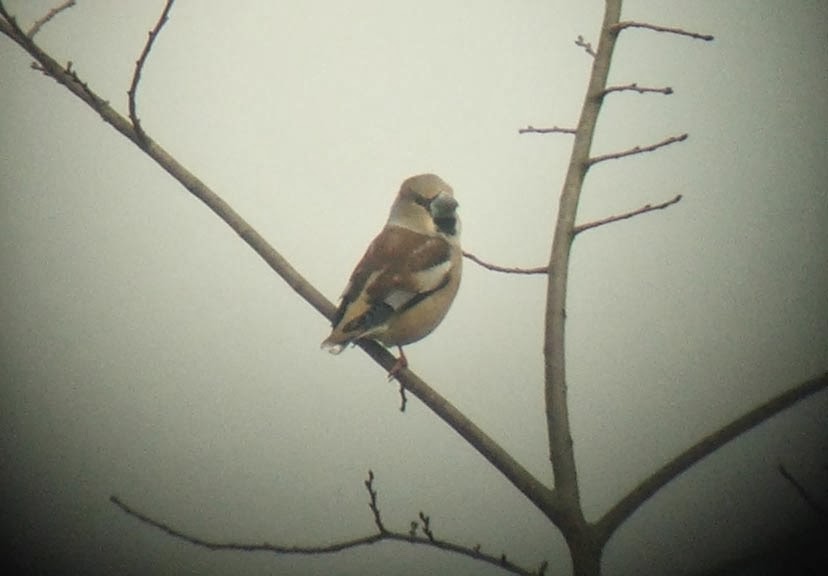 Almost on cue the first, and what was to be the only, bird appeared 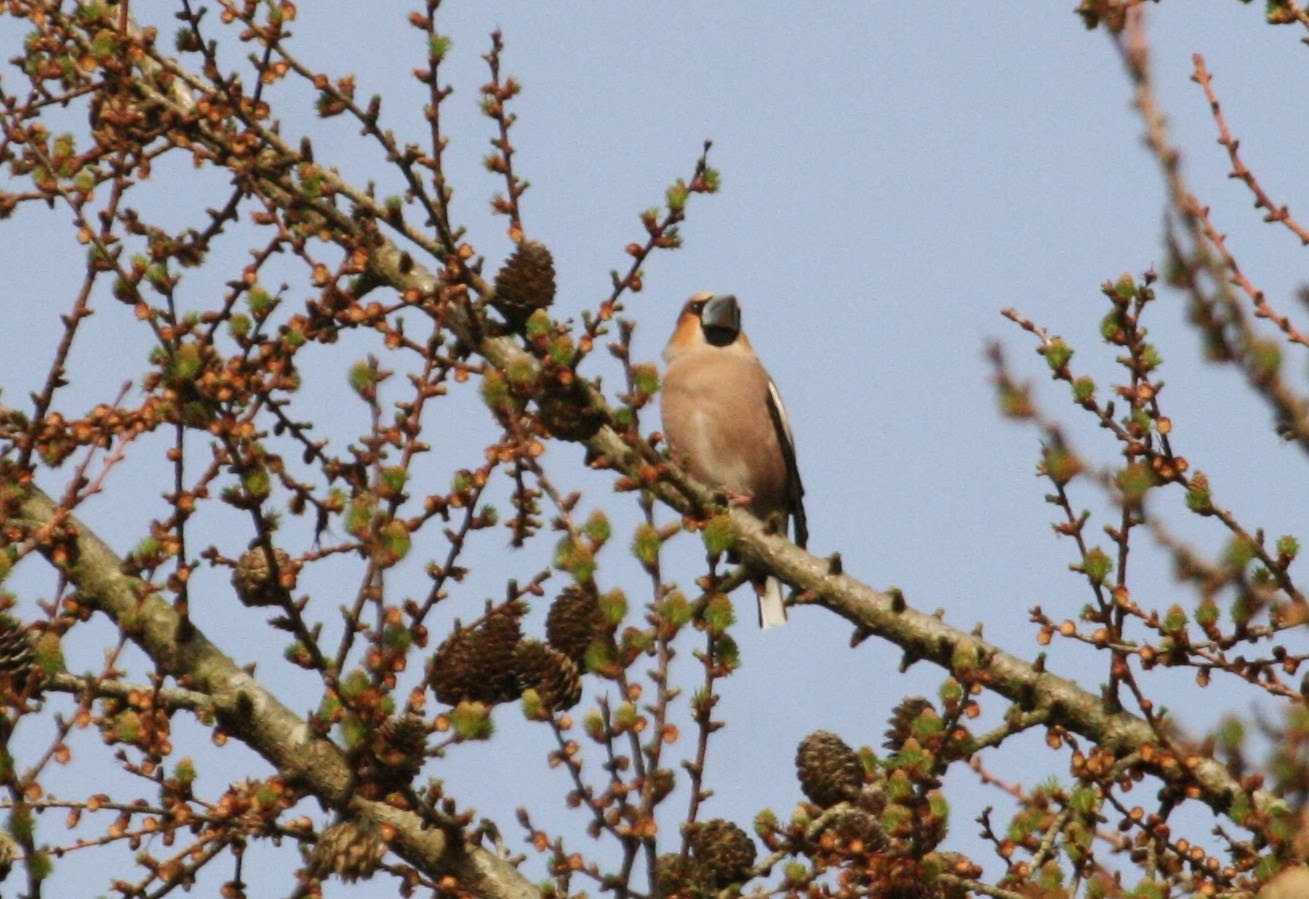 and was gone withing 10 minutes.
Also a good site for 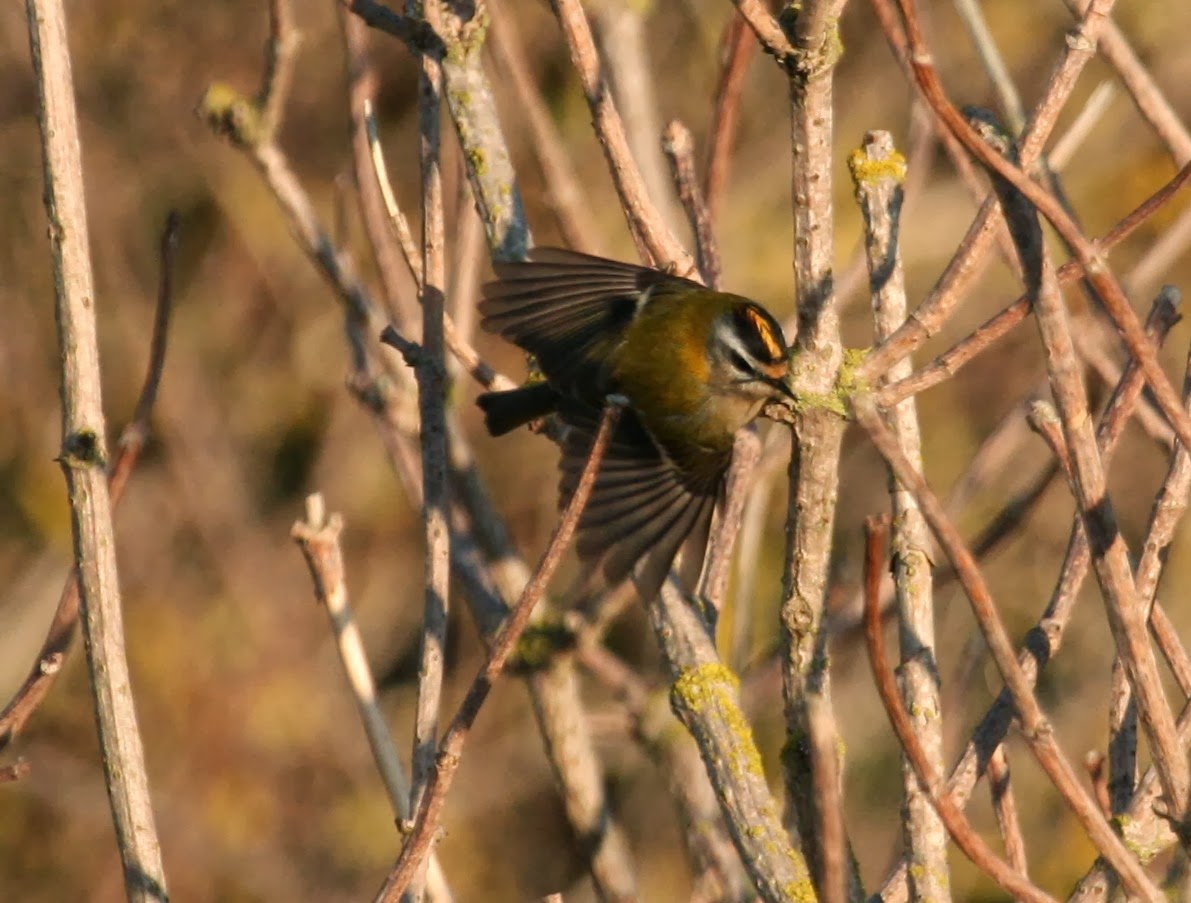 FIRECREST*
just a single was hard work to locate but eventually committed to the log.
Continuing the 100% record Sheila, don't remember ever 'dipping' here?