SEEMS I WAS FED SOME 'DUFF' INFORMATION
REFERENCE 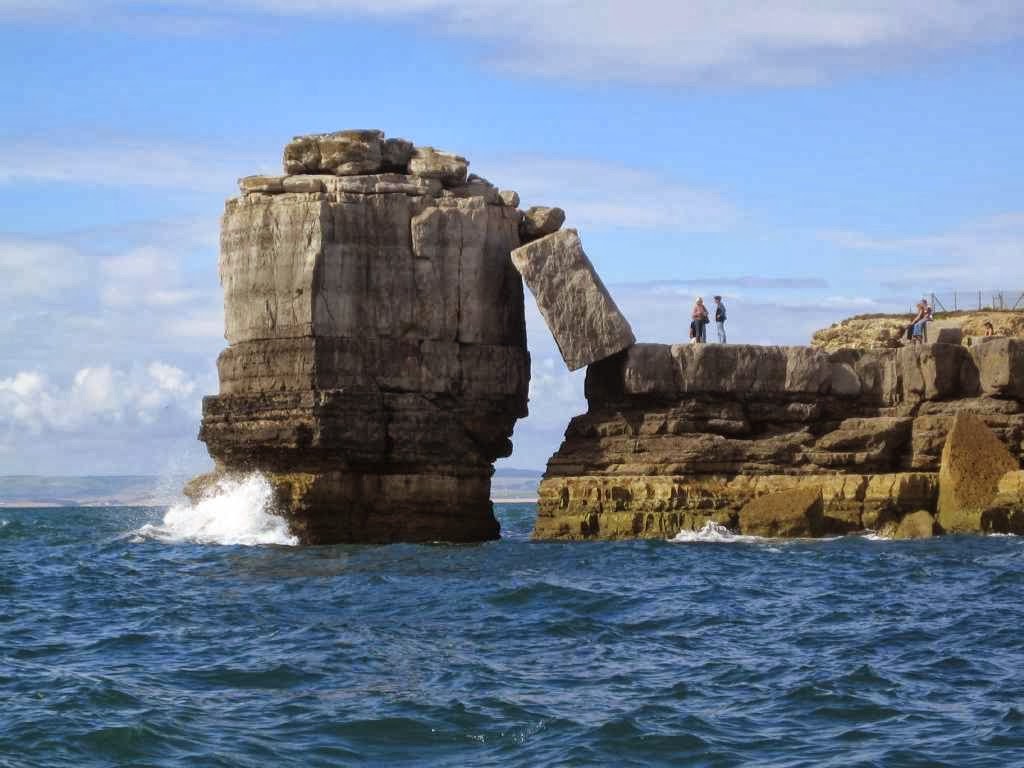 PULPIT ROCK at PORTLAND
CRASHING INTO THE SEA - PLEASE DISREGARD!

Driving south round midnight, man I must have been insane
Driving south round midnight in a howling hurricane
I stopped for an old man hitcher at a lonely old crossroad
He said, 'I'm going nowhere
And I'm only here to see if I can steal your soul'
'I'm not tryin' to make you, I don't want to touch your skin,
I know all there is to know about you and all your sins
Well, you ain't too young or pretty and you sure as hell can't sing
Any time you want to sell your soul
I've got a toll-free number you can ring'
'Oh-eight-oh-oh-triple-six-oh, yeah
Oh-eight-oh-oh-triple-six-oh, yeah'
Driving South Link to U-Tube
Still a bit behind with the Post which could have been increased had it not been for the helpful staff at Dampneys Ltd. The house Internet continues to be out of use so Plan B was head for the Golf Club House. No matter how we tried connection could not be made despite being connected to the Network, so after much more effort I was invited to use the Office system - BINGO! but limited to time as there is a business to run here.
I was unaware of the change of plan when leaving Blakeney at 05:30 to try for the Golden Pheasants for a 'third' time on my way down to Lisa's house, so continues the very slow drive west (along the North Norfolk Coast) hoping to spot an Owl or 2 on the way. Another wasted visit to the Wolferton Triangle which was terminated at 08:00, Sat Nav set for Kingston and a stop for coffee half way. Lucky really as this is when I text to confirm my arrival and to find out about the postponement of my visit - no worries. What was planned for Monday would easily fit and so with a minor adjustment course was set for Gosport in Hampshire. No Owl but the first bit of luck visited me as leaving the 'Services' a 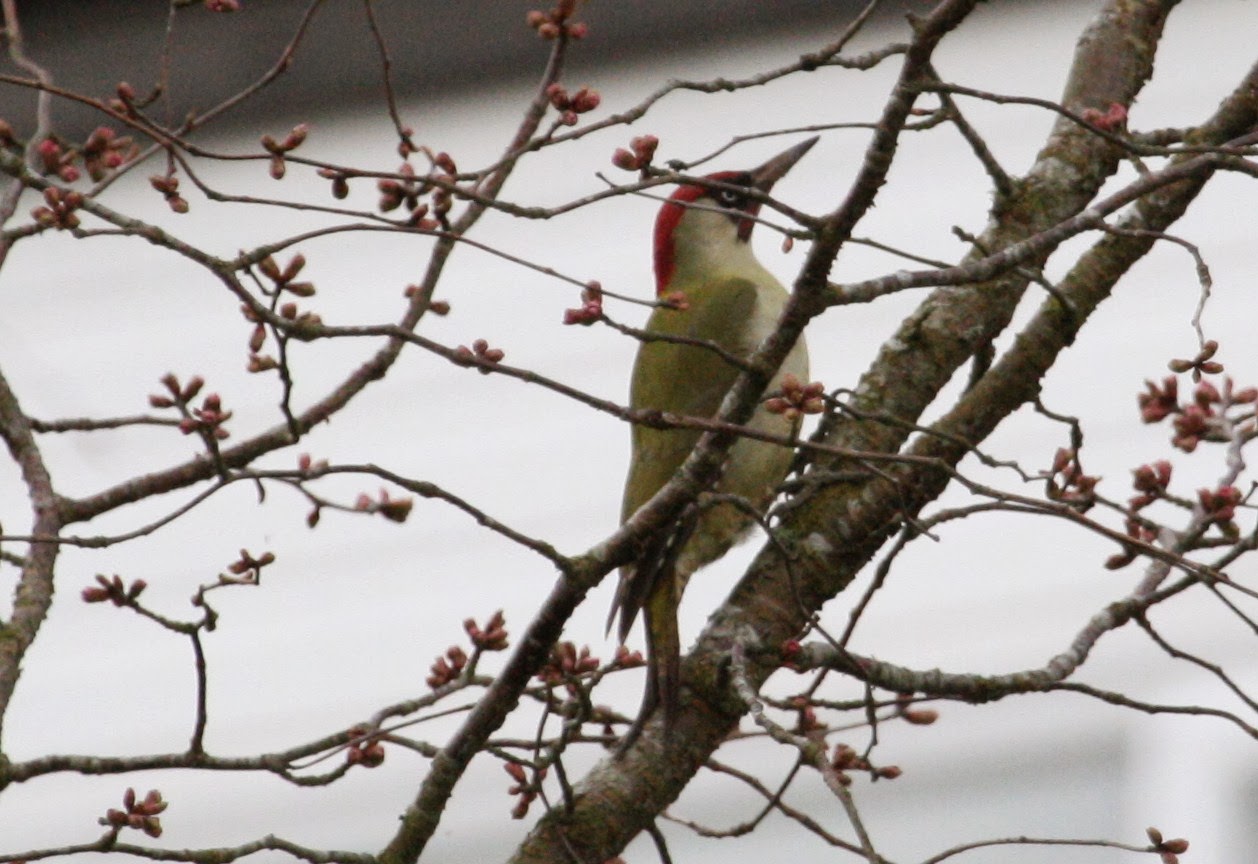 GREEN WOODPECKER
flew across the Motorway in front of me. 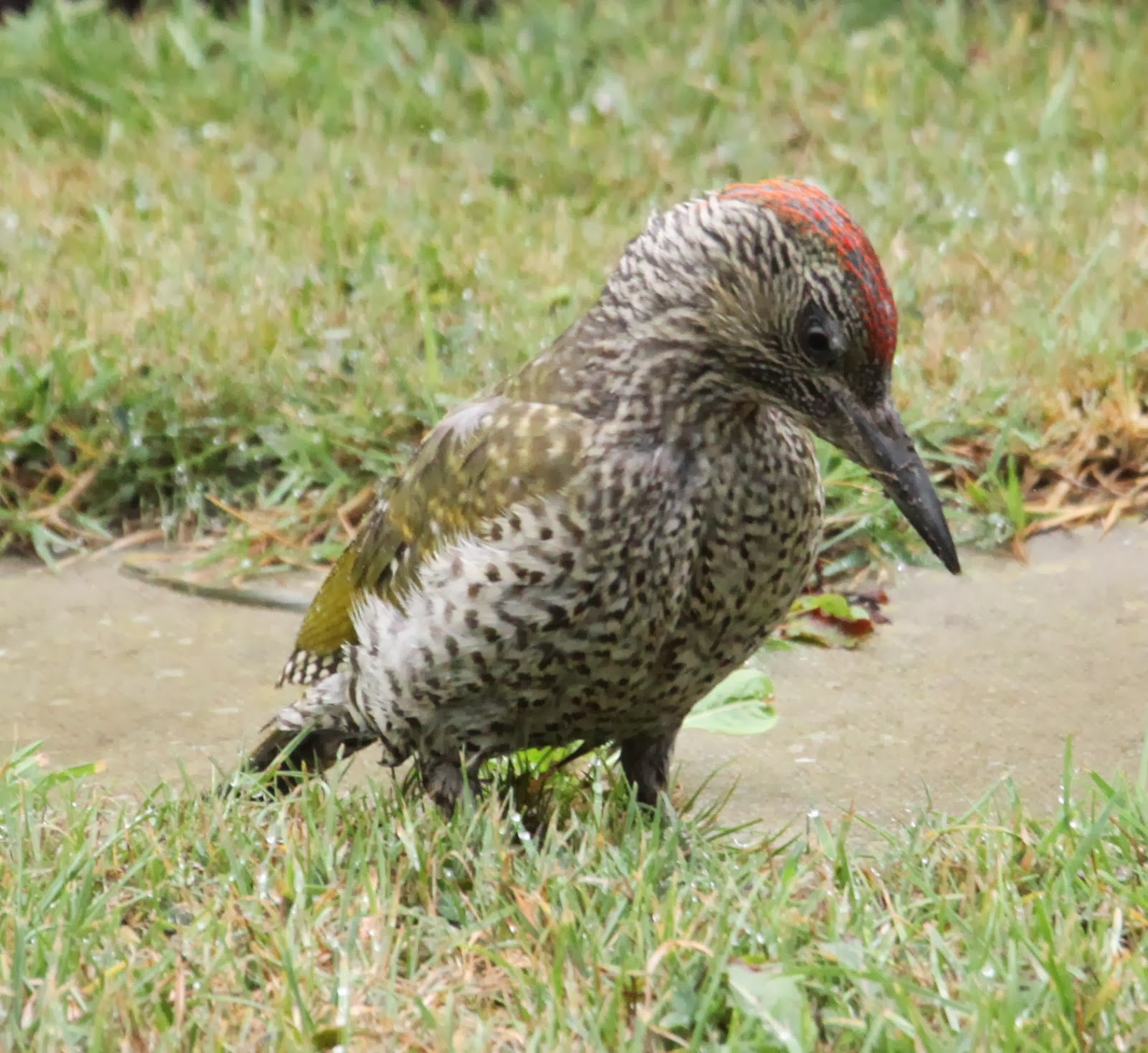 Record shot from the archive - 2 for the price of 1. 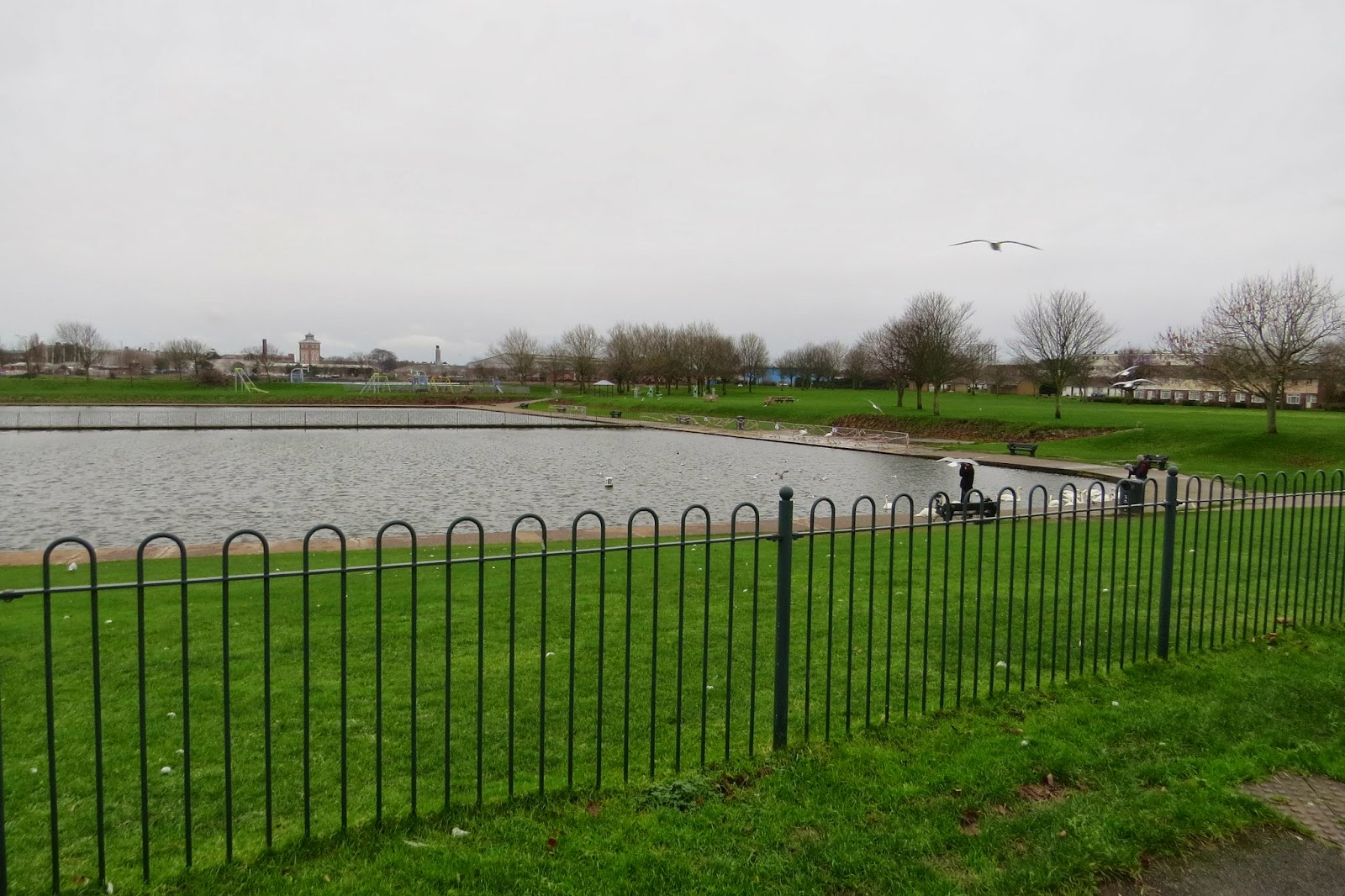 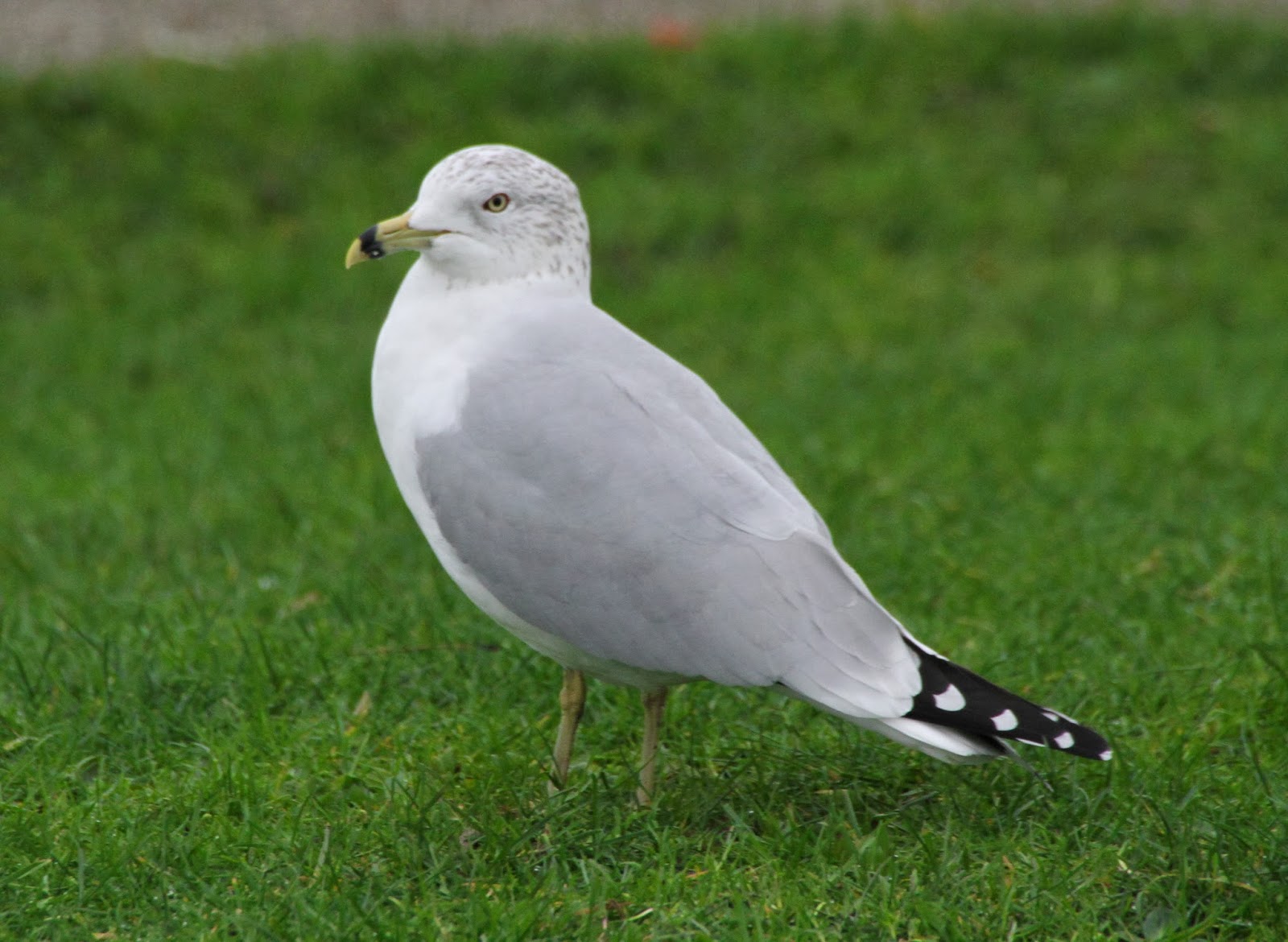 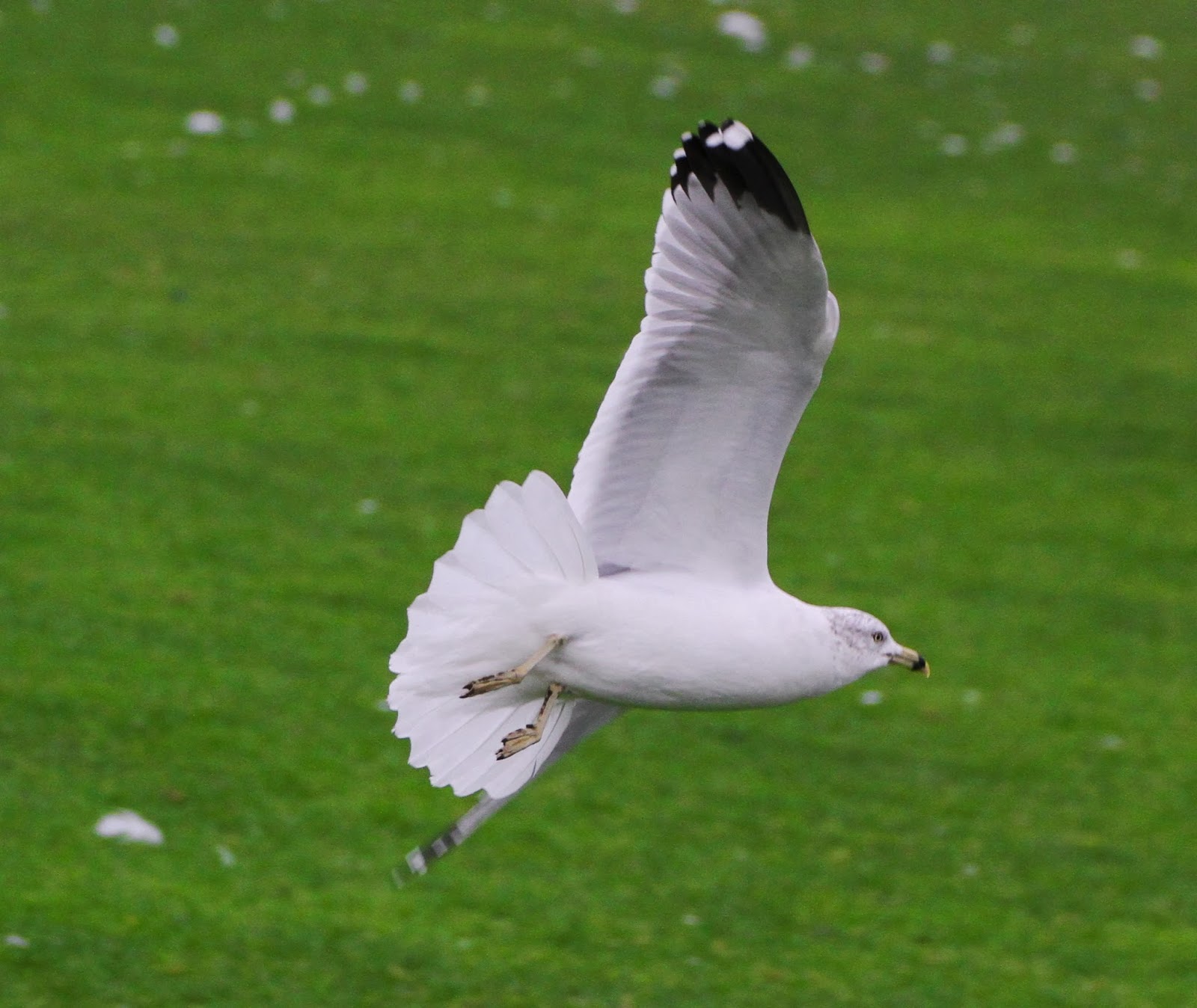 which has been returning to this same site for a number of years now. 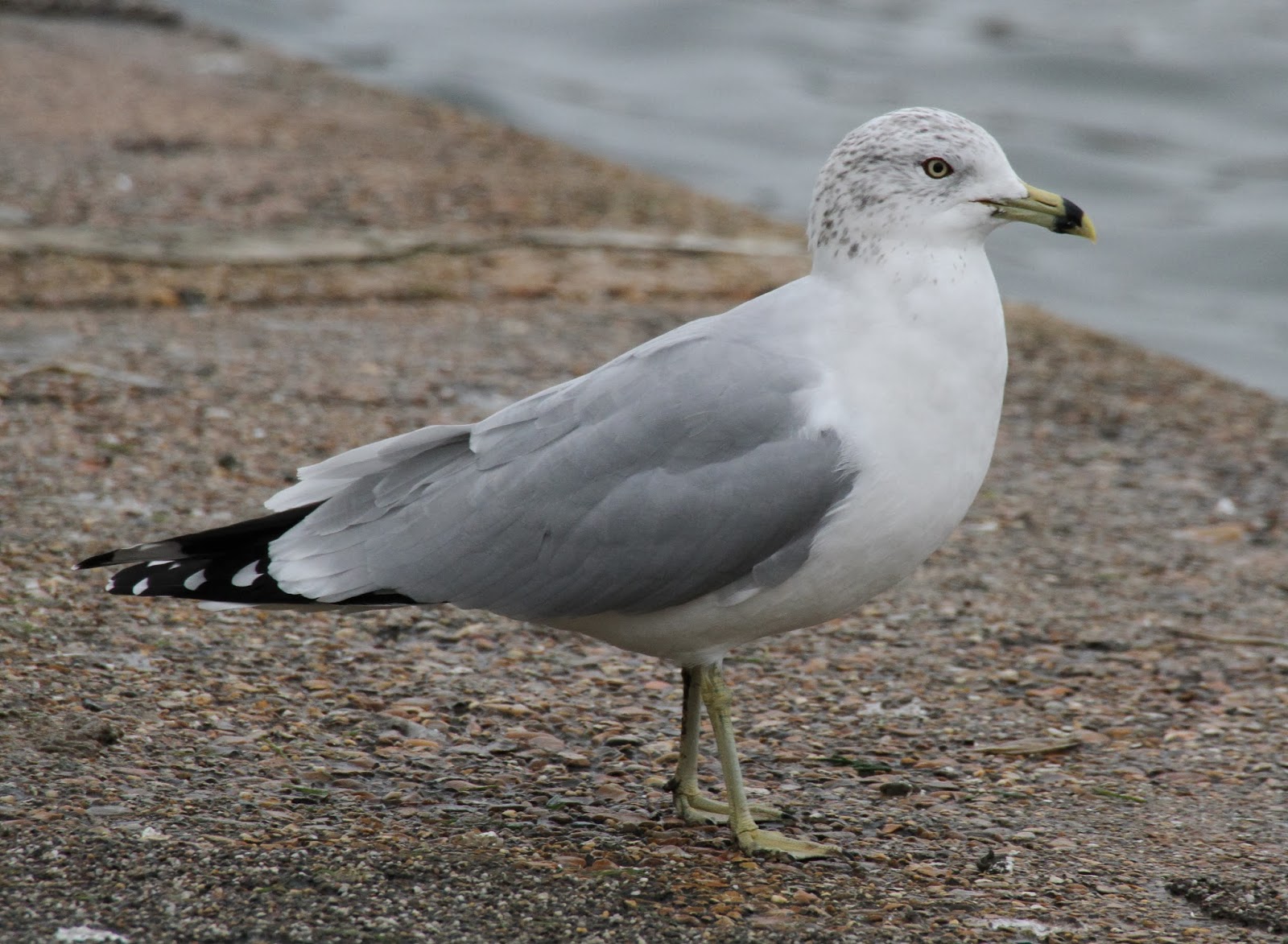 A resident of the 'Americas' (mainly North) this species is usually
only an occasional visitor to our shores - TICK. 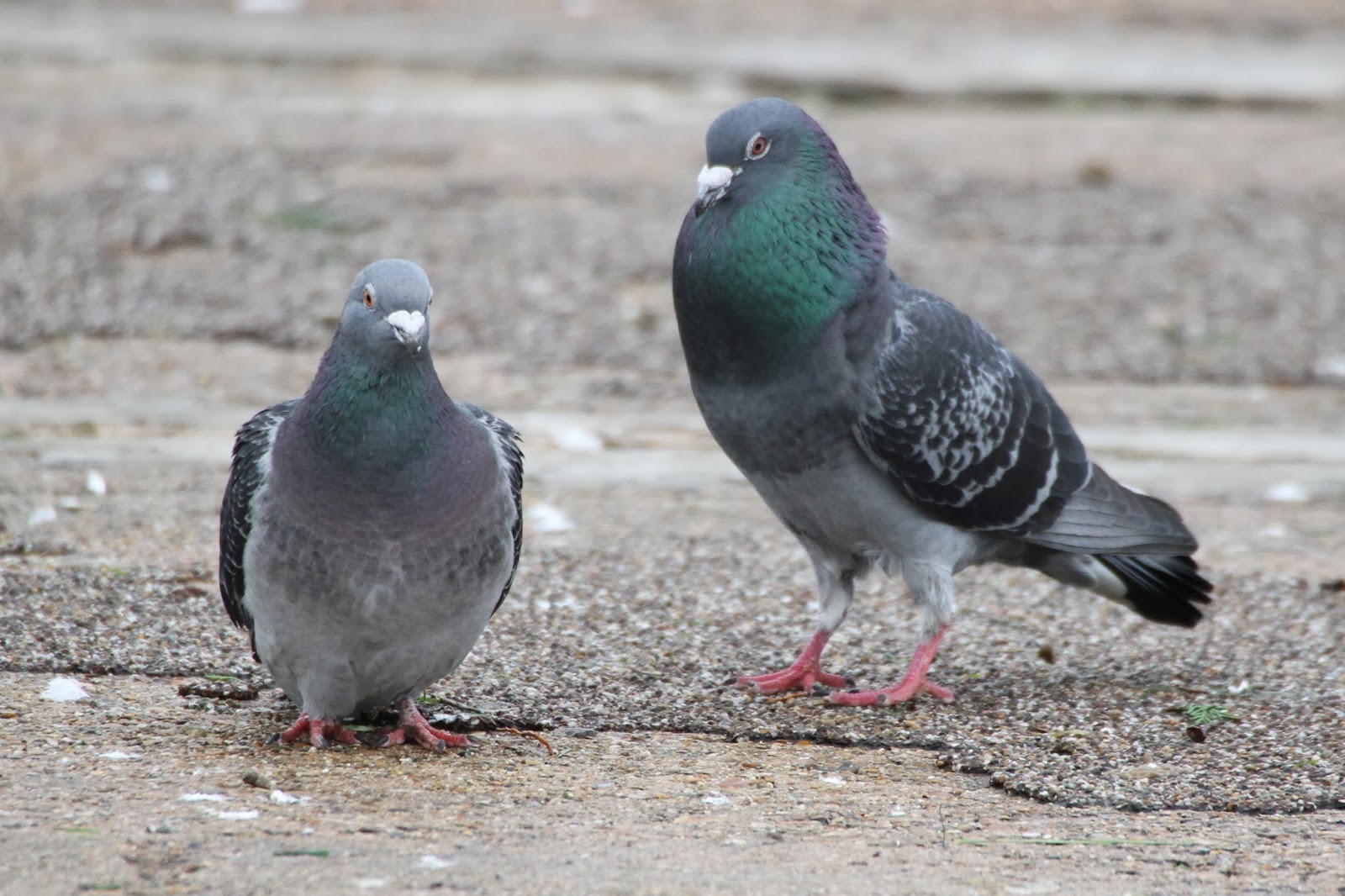 A couple other additions came fairly swiftly as
FERAL PIGEON and 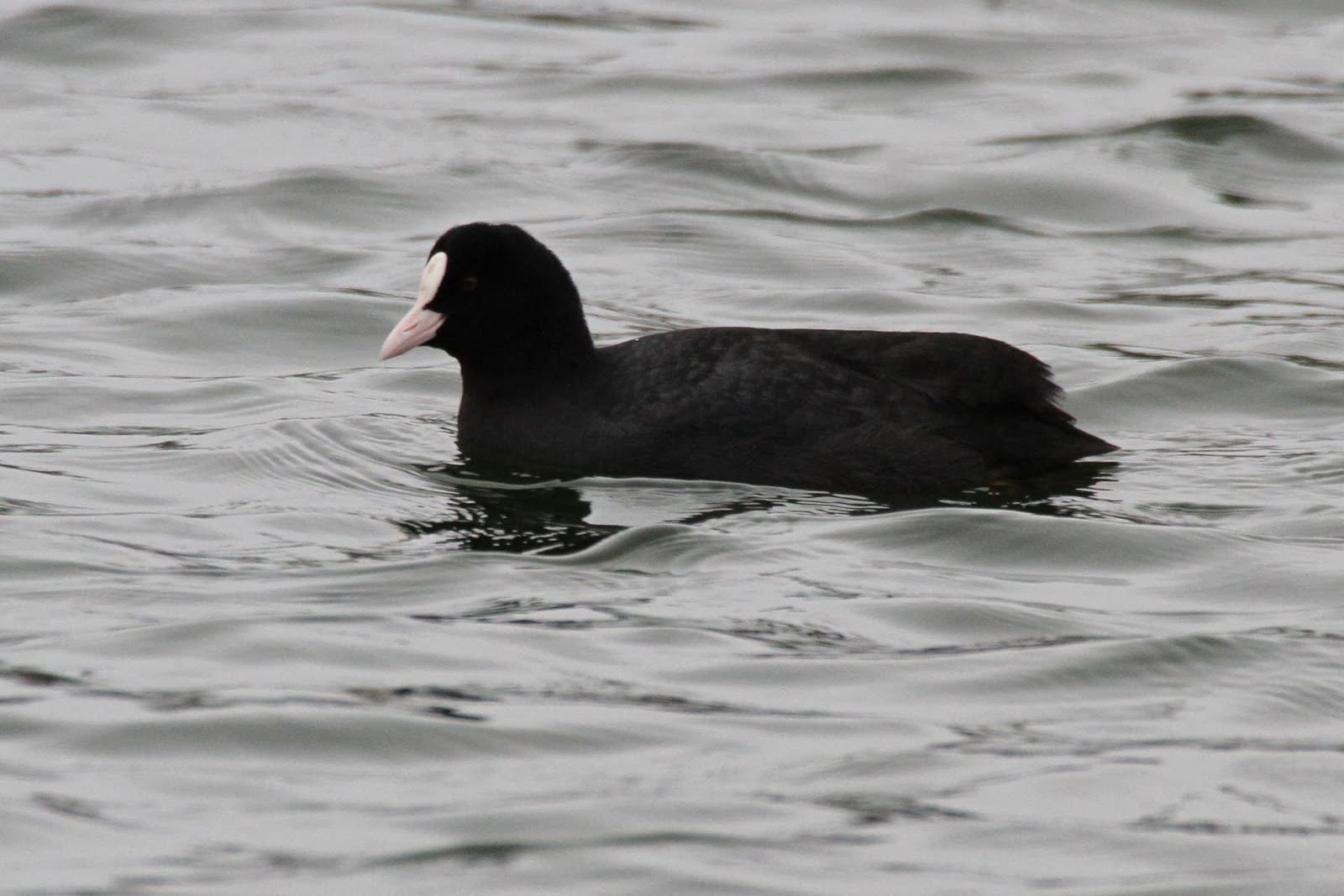 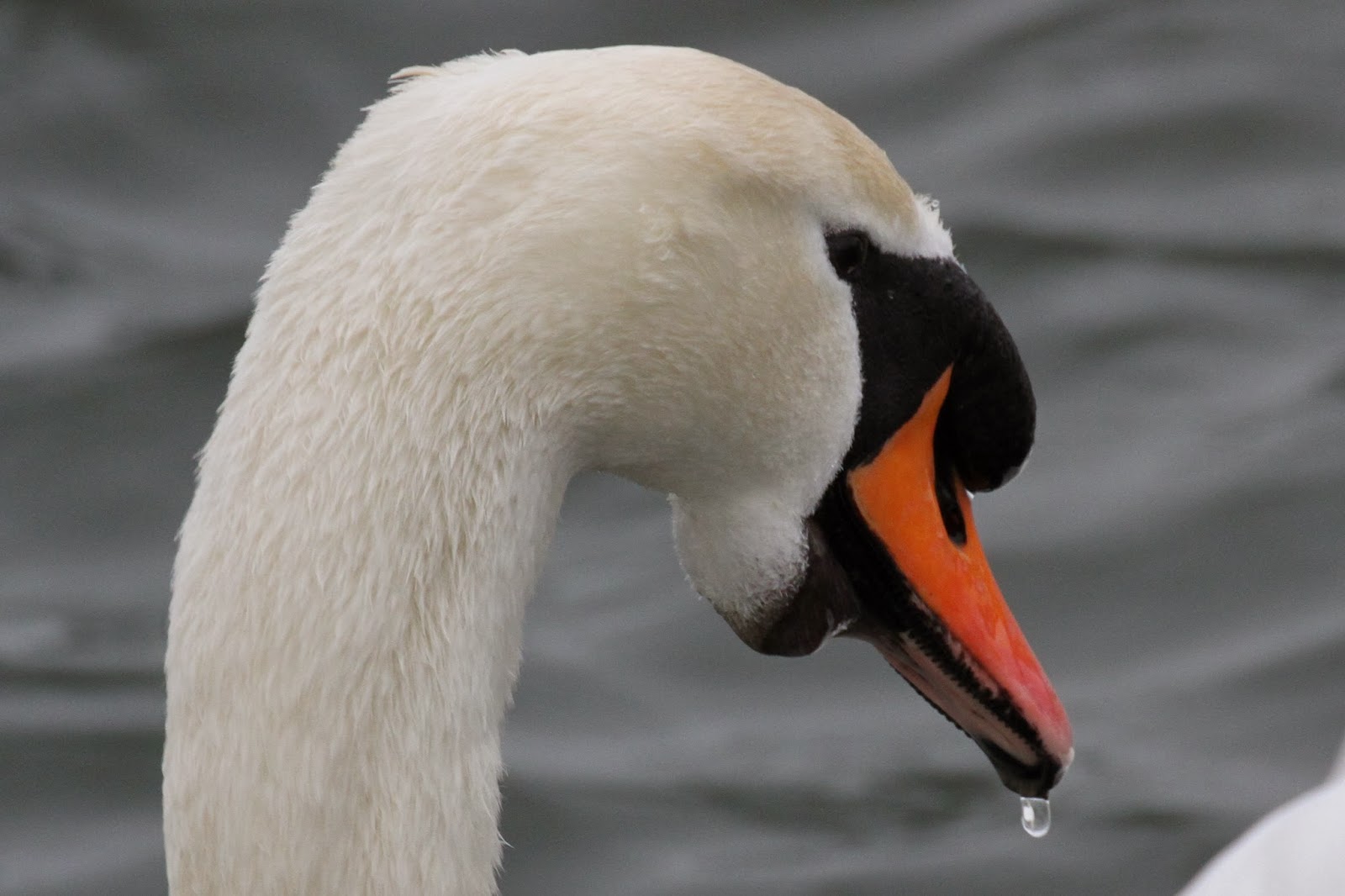 Of interest there, this male MUTE SWAN with a 'knob' under its
bill as well as the regular one on top, a 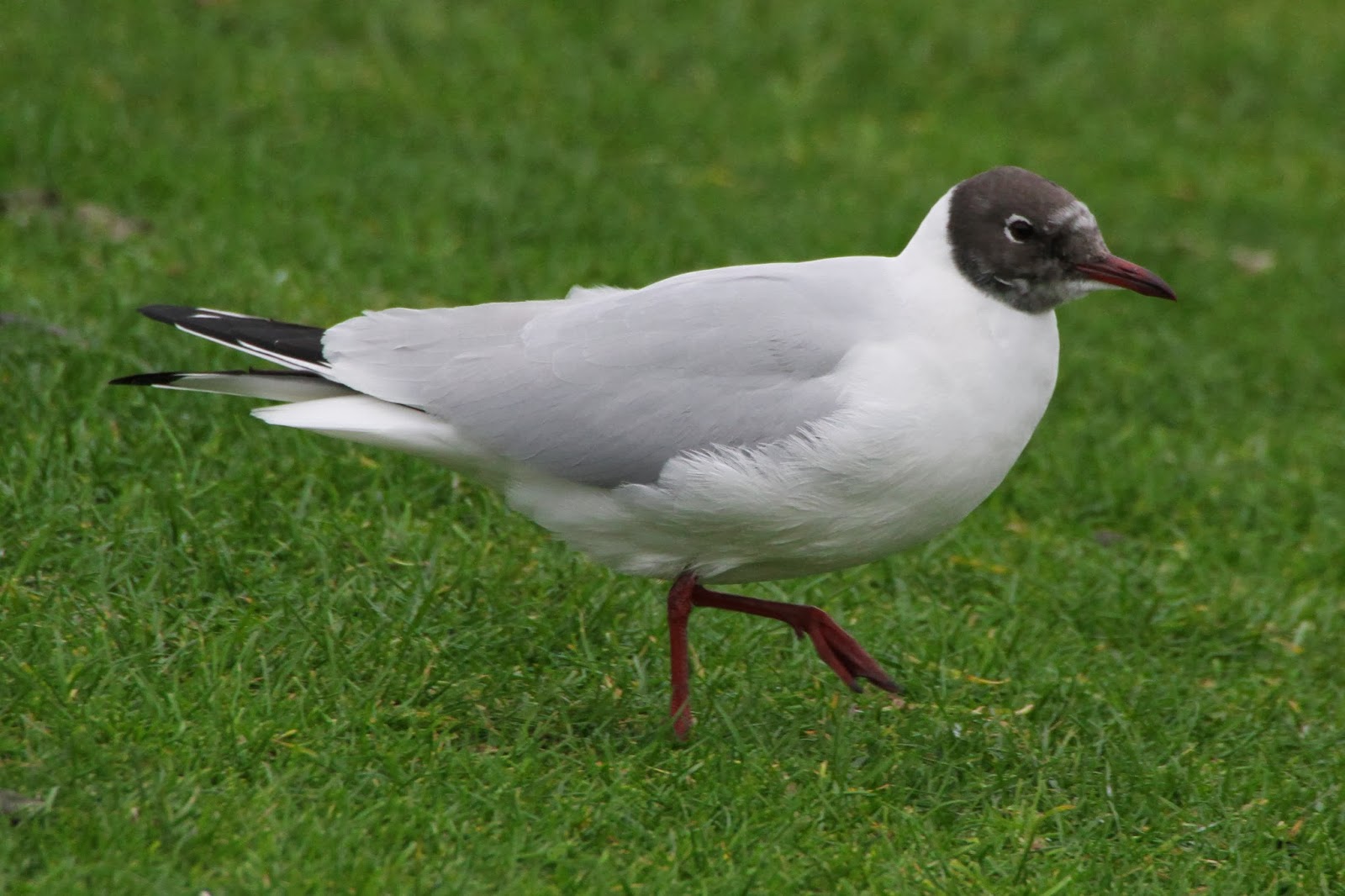 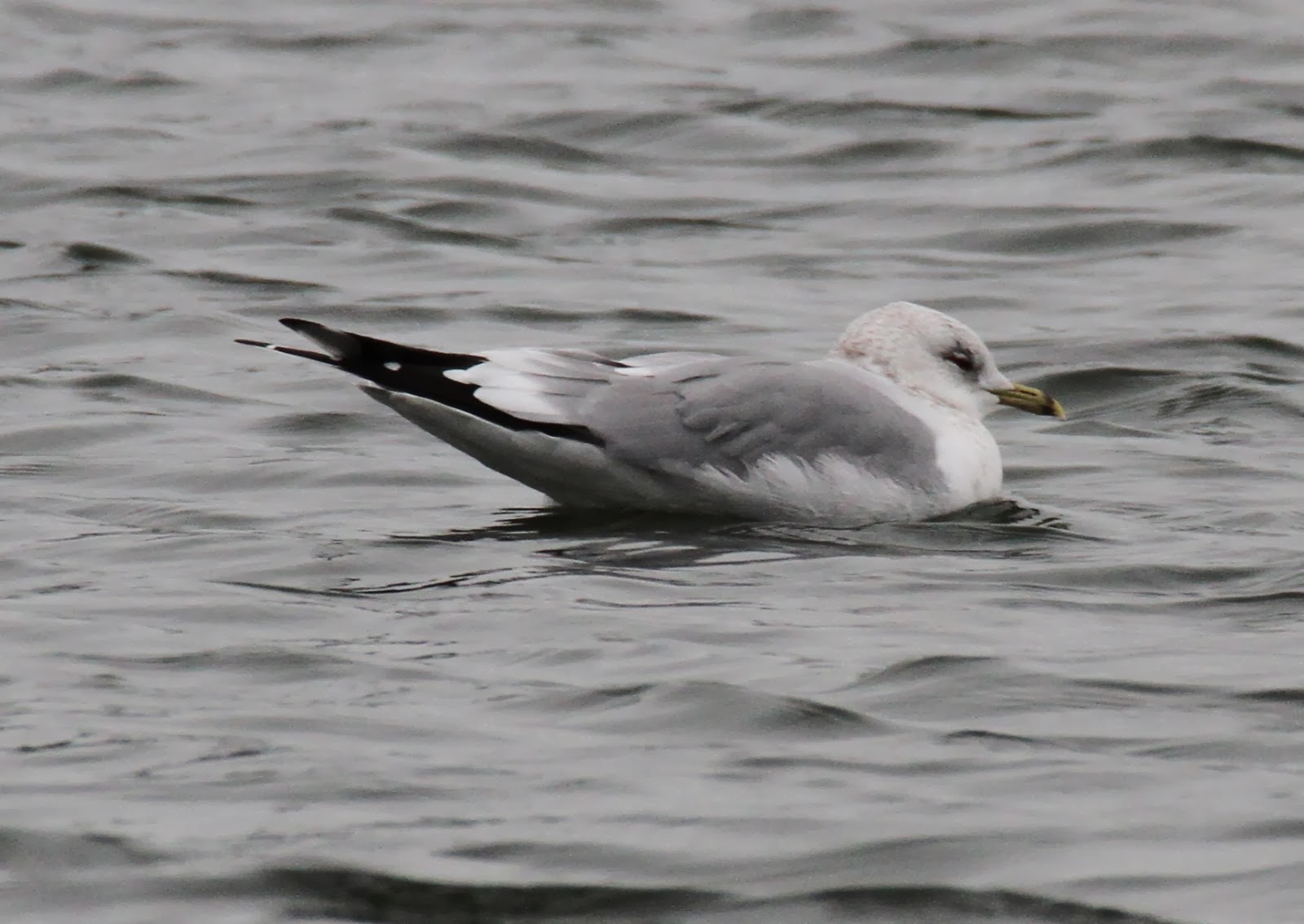 and a Common Gull (already seen this year) worthy of at least a shot.
From Gosport it is just a short run down the motorway to the
New Forest and onward to Eyeworth Pond where the 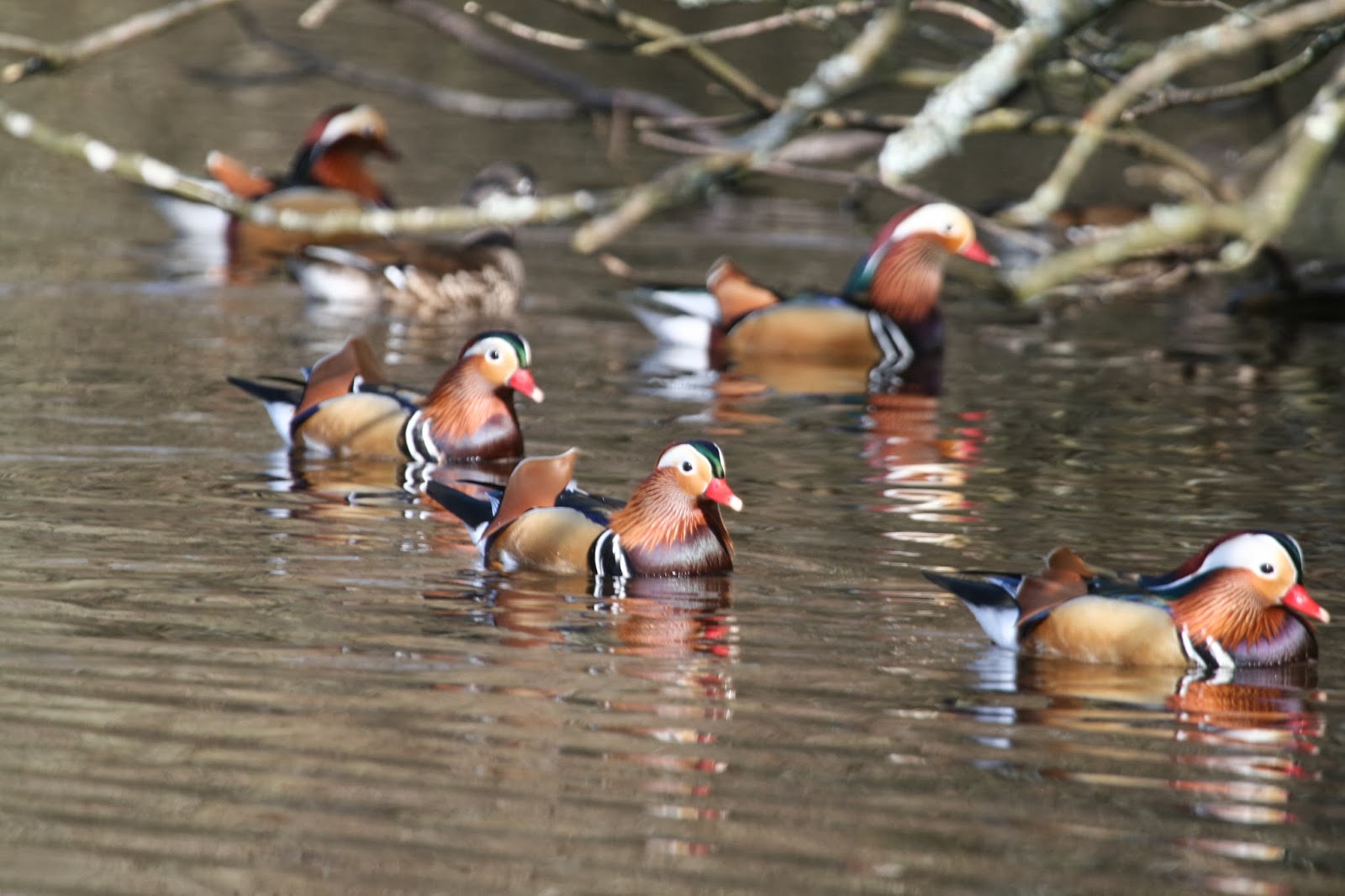 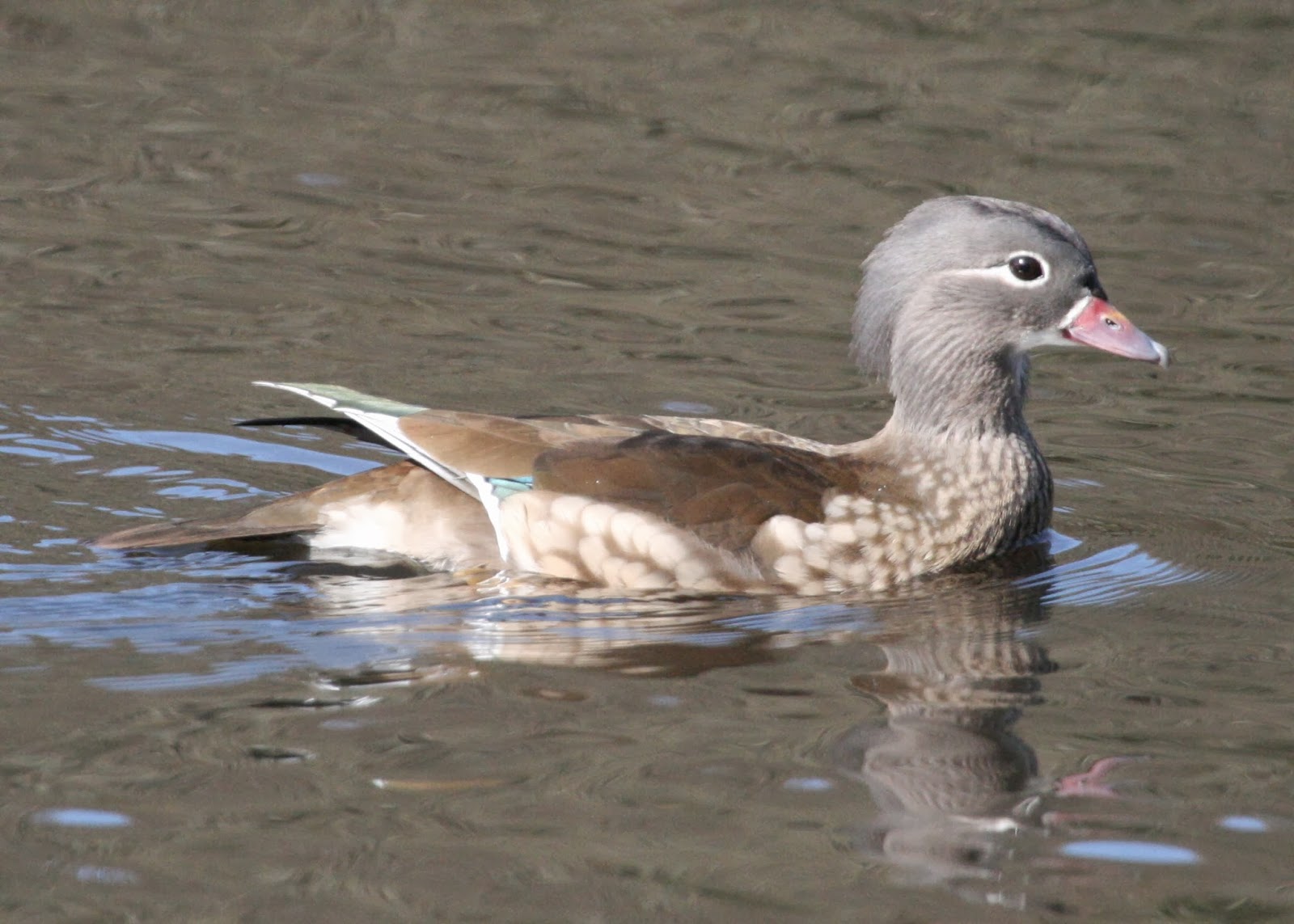 (female) MANDARIN
along with this 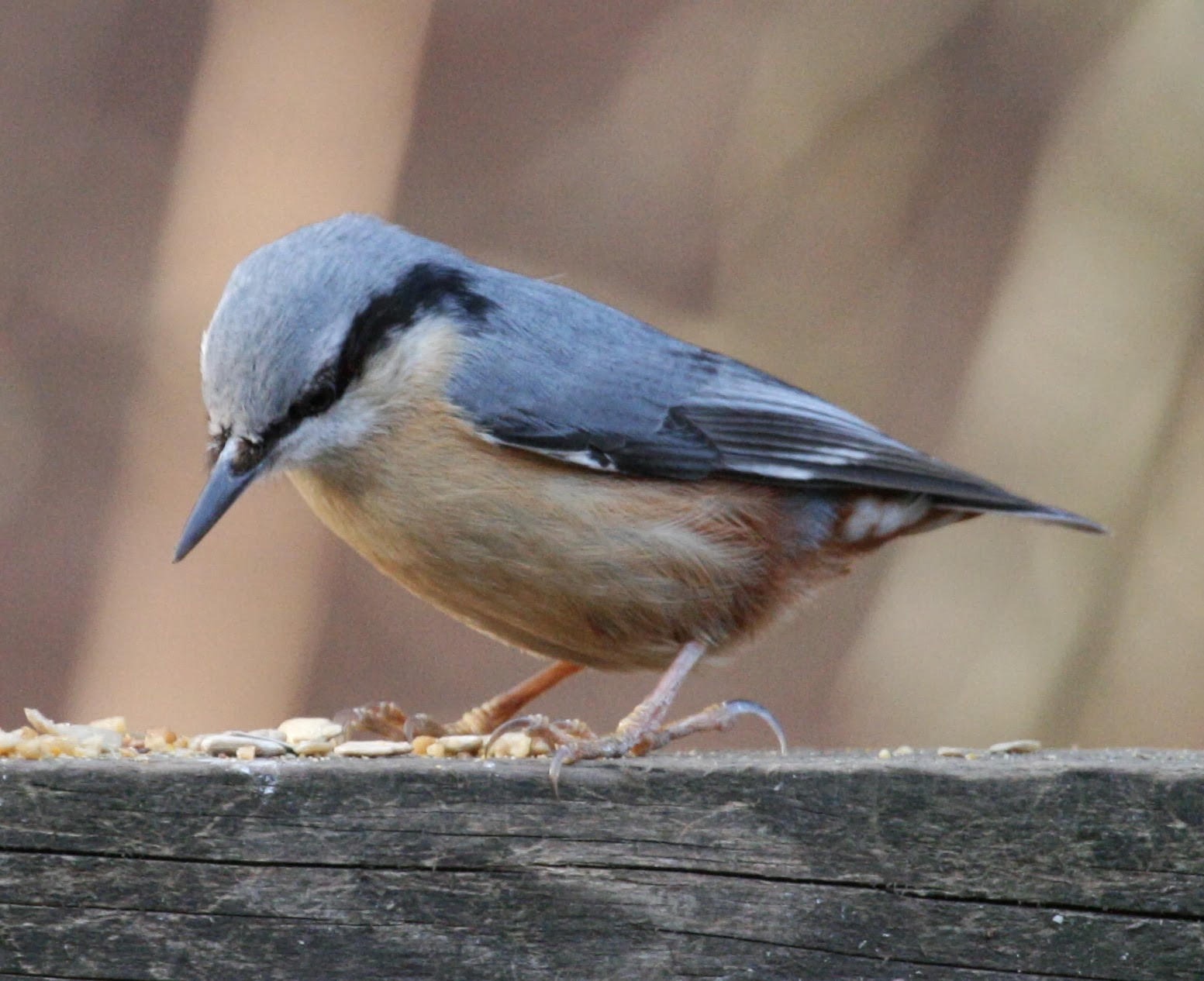 NUTHATCH
Bit of a short day on the birds, but all in all considered successful.
Going to Post this now in case of yet another
Communication Breakdown.