Island of Dreams - The Springfields

Apologies for yesterday's misunderstanding reference Pulpit Rock, where so I am told the Dorset Echo had put a 'headline' on-line to that effect but the damage was caused to Pom Pom Stack, a little to the north, and nowhere near the same size - ever onward!
What should also have been mentioned was, once across the Dorset Border yet another 'LIST' begins the 2014 Dorset Year List so watch out for more details.
My very short trip to Weymouth/Portland today was very successful and well worth the effort. Arriving at the top of Radipole Park Drive and scanning the Playing Field to the east the whole area was covered with water and dog walkers, most not on a lead, so what chance of finding the target bird? There were no other birds to be seen, even the Black-headed Gulls had scarpered, but looking further down the park there was a lone photographer who's attention seemed to be drawn to something. A quick drive down to where he stood saw the GLOSSY IBIS
take to the air before having chance to get the camera off of my shoulder. 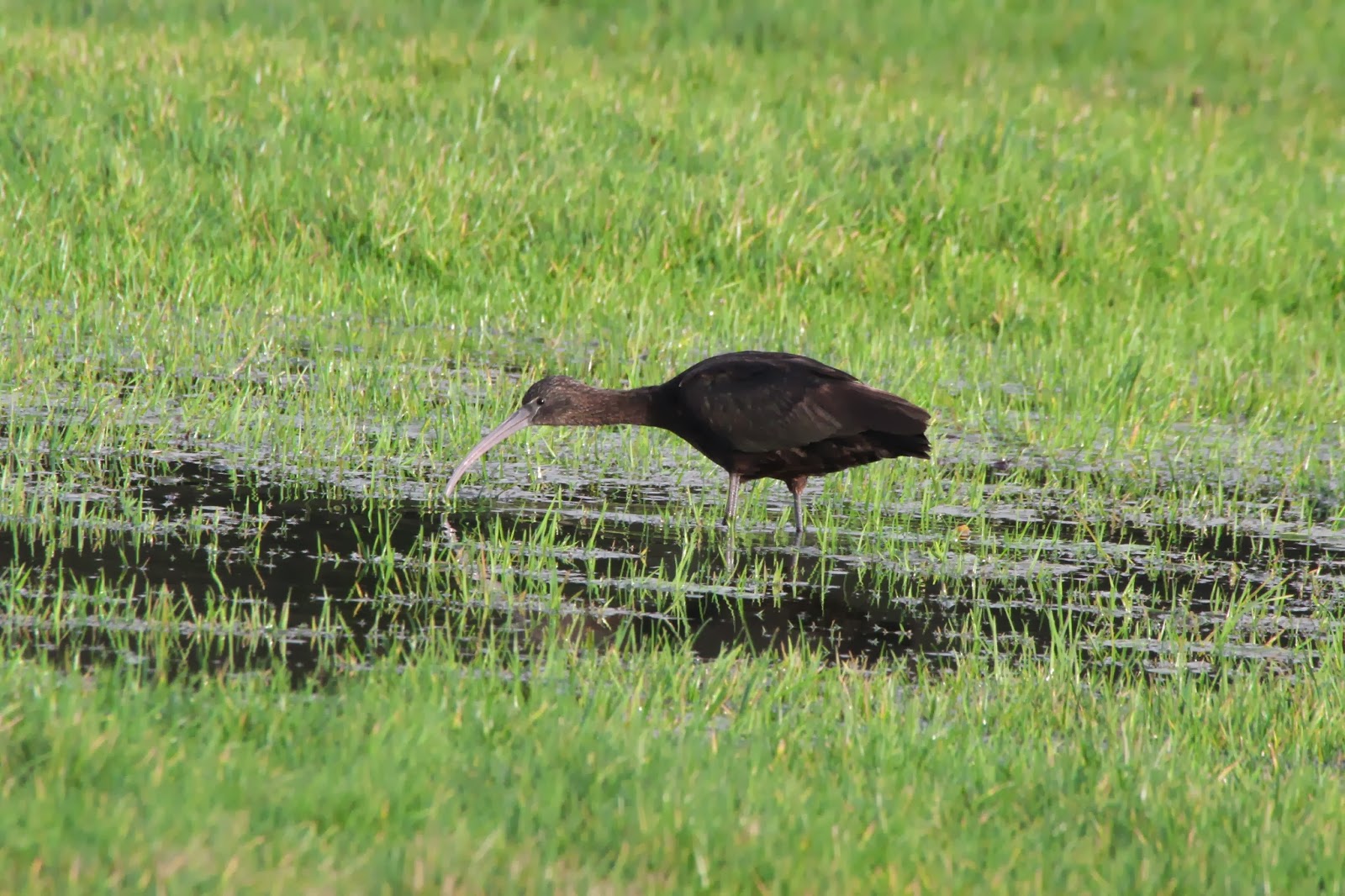 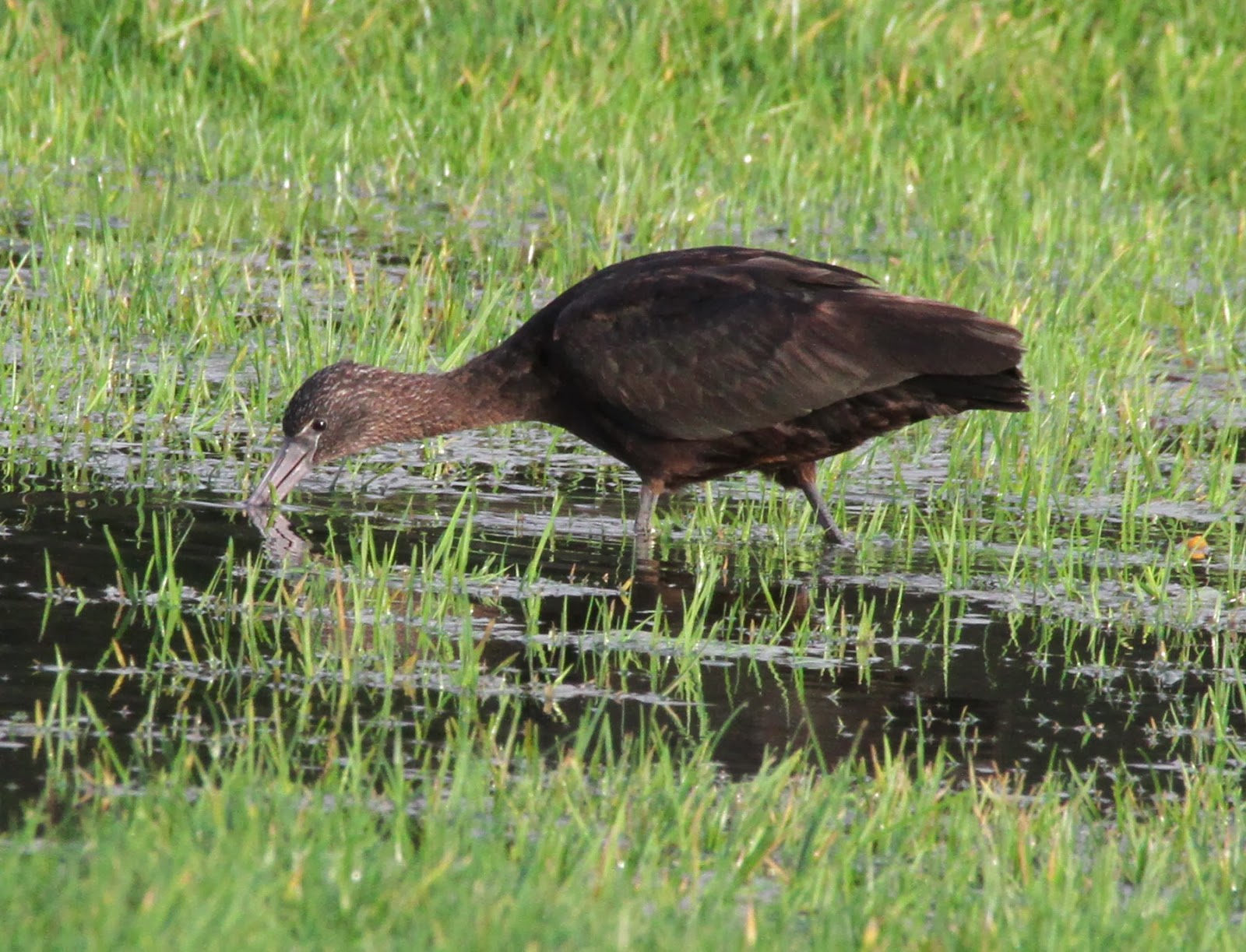 to the Year List and the first ever seen in the county during the
month of January.
Across the road on Radipole Lake there were c2 POCHARD
while down at the main car park dozens of Gulls had gathered. 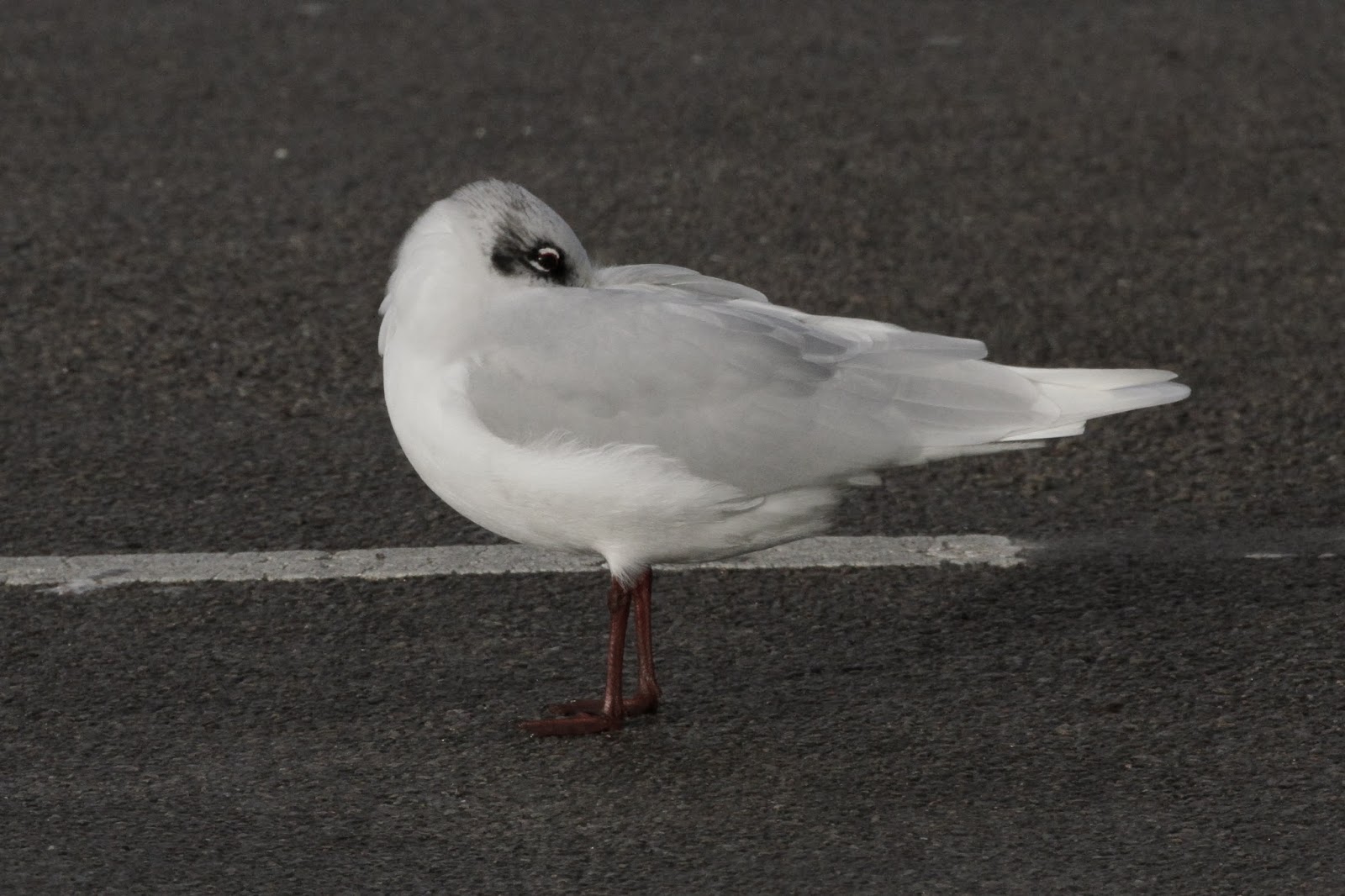 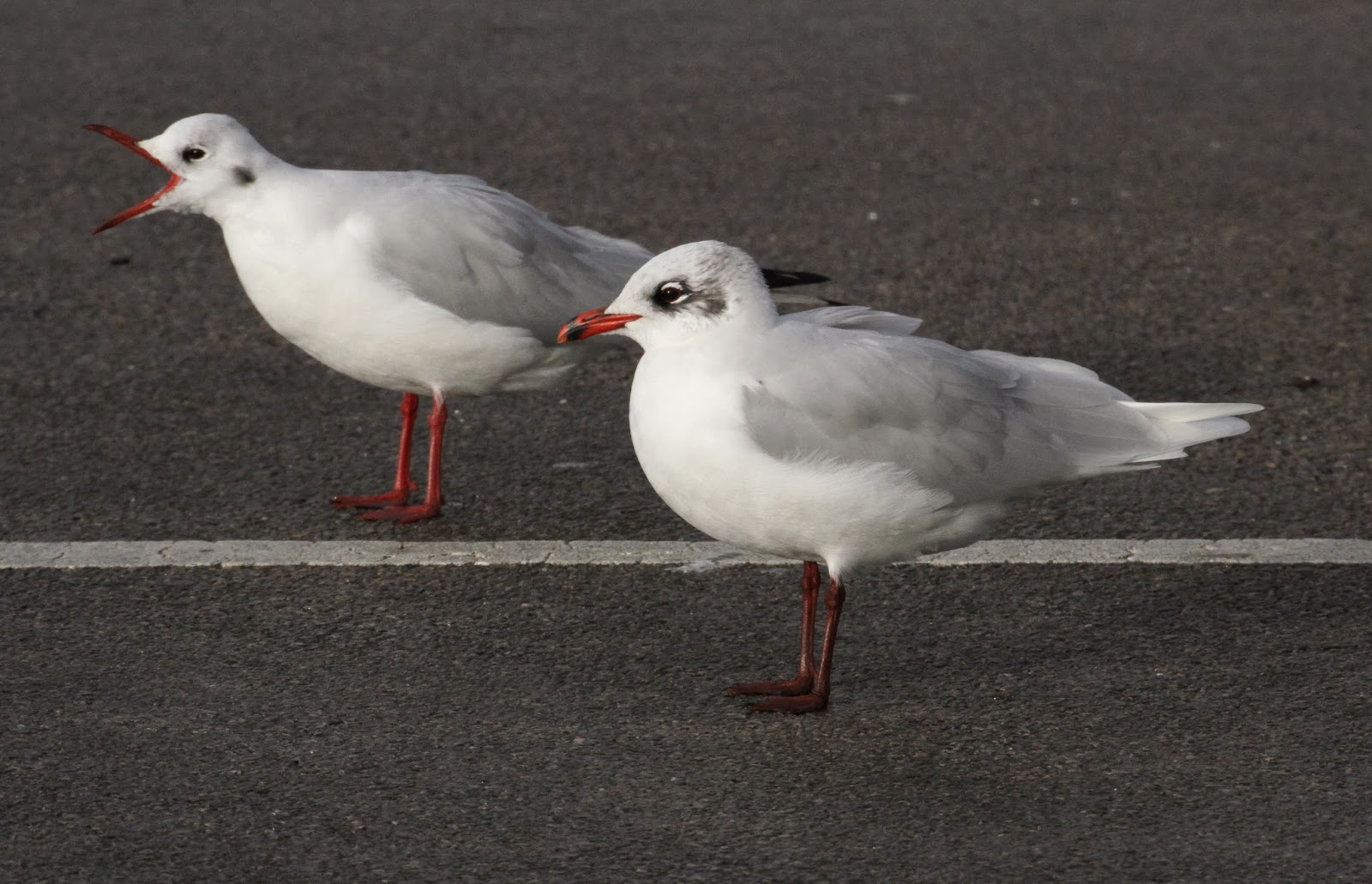 and one with a
BLACK-HEADED GULL
making all the noise! 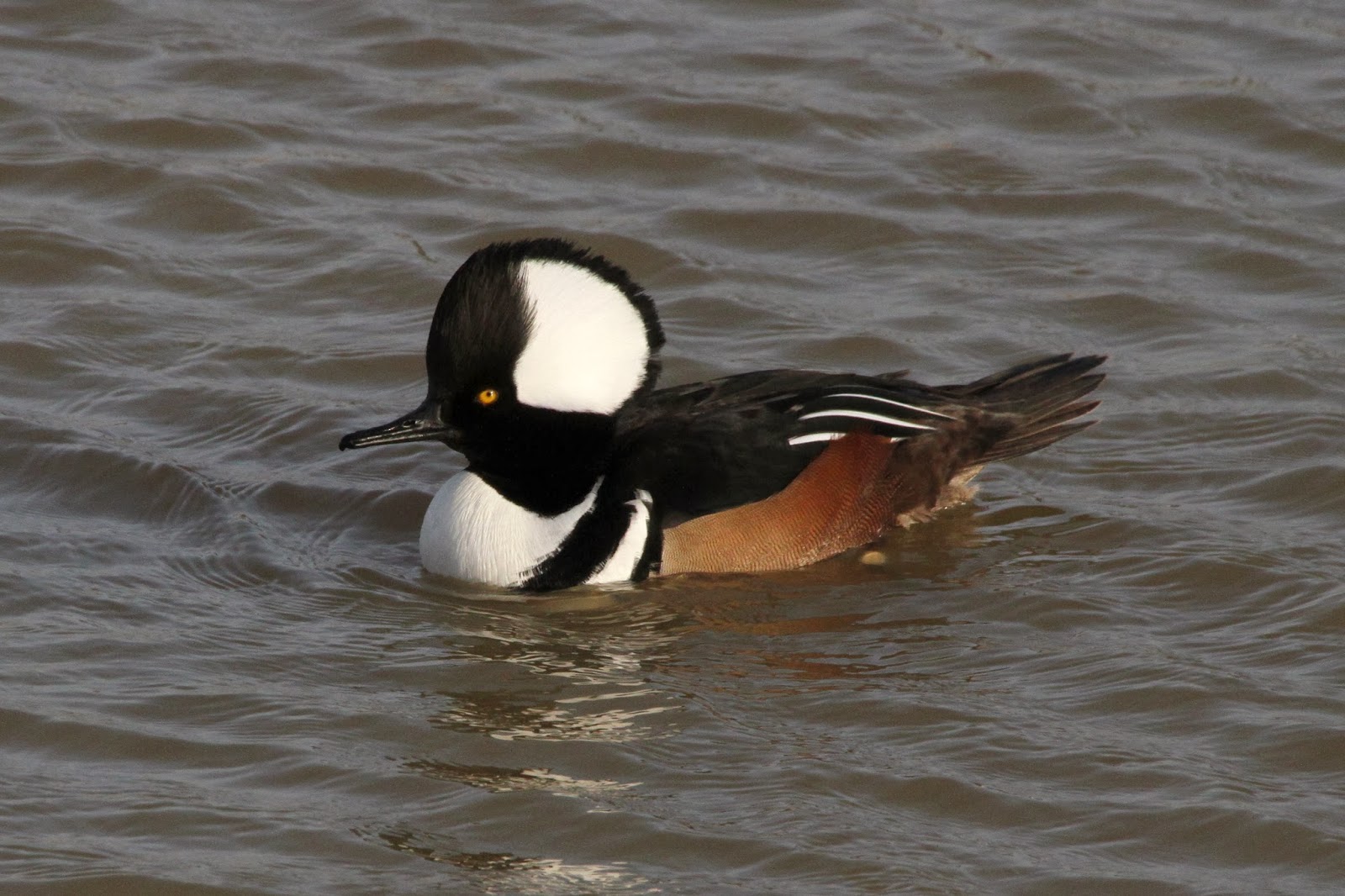 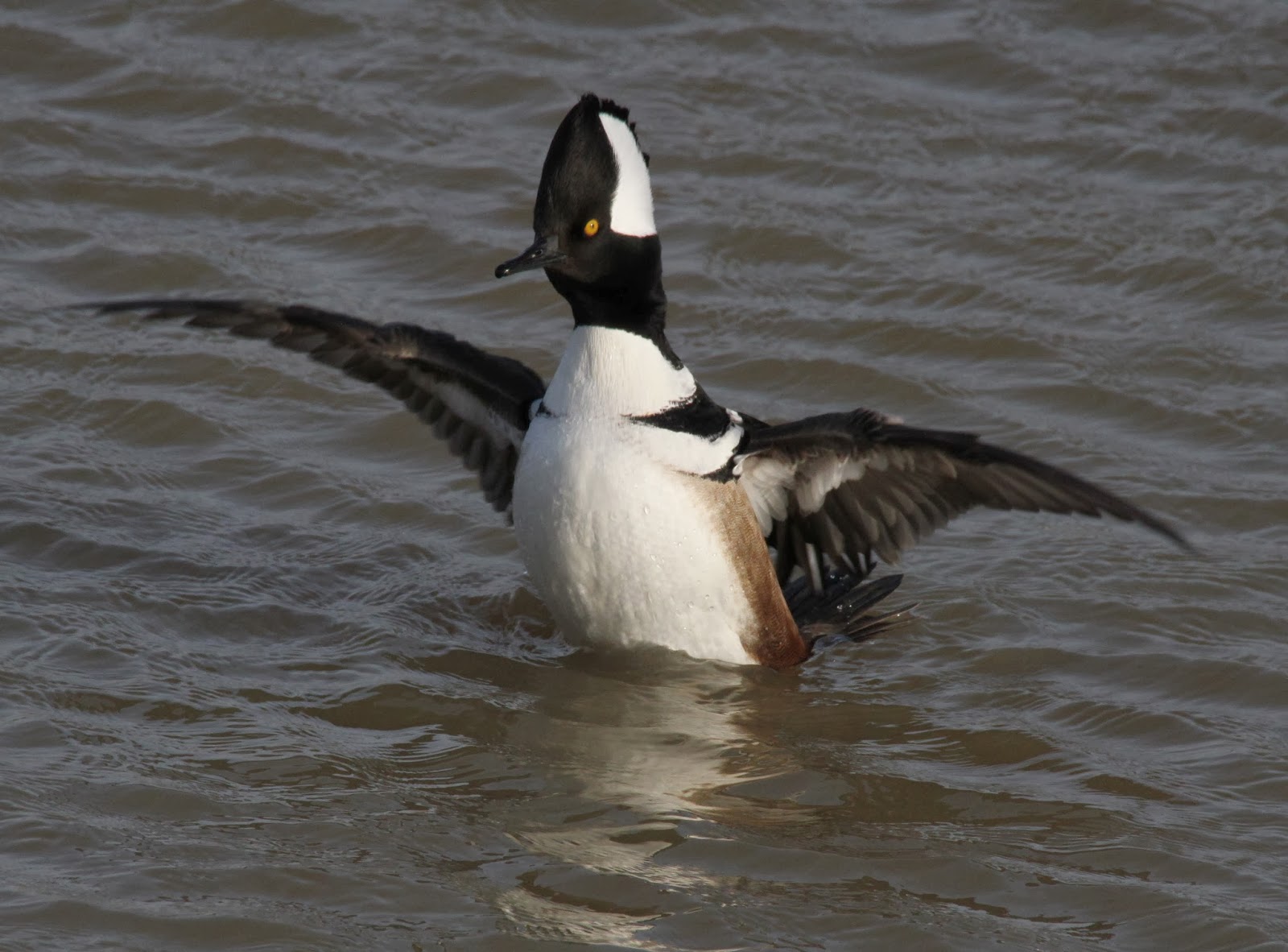 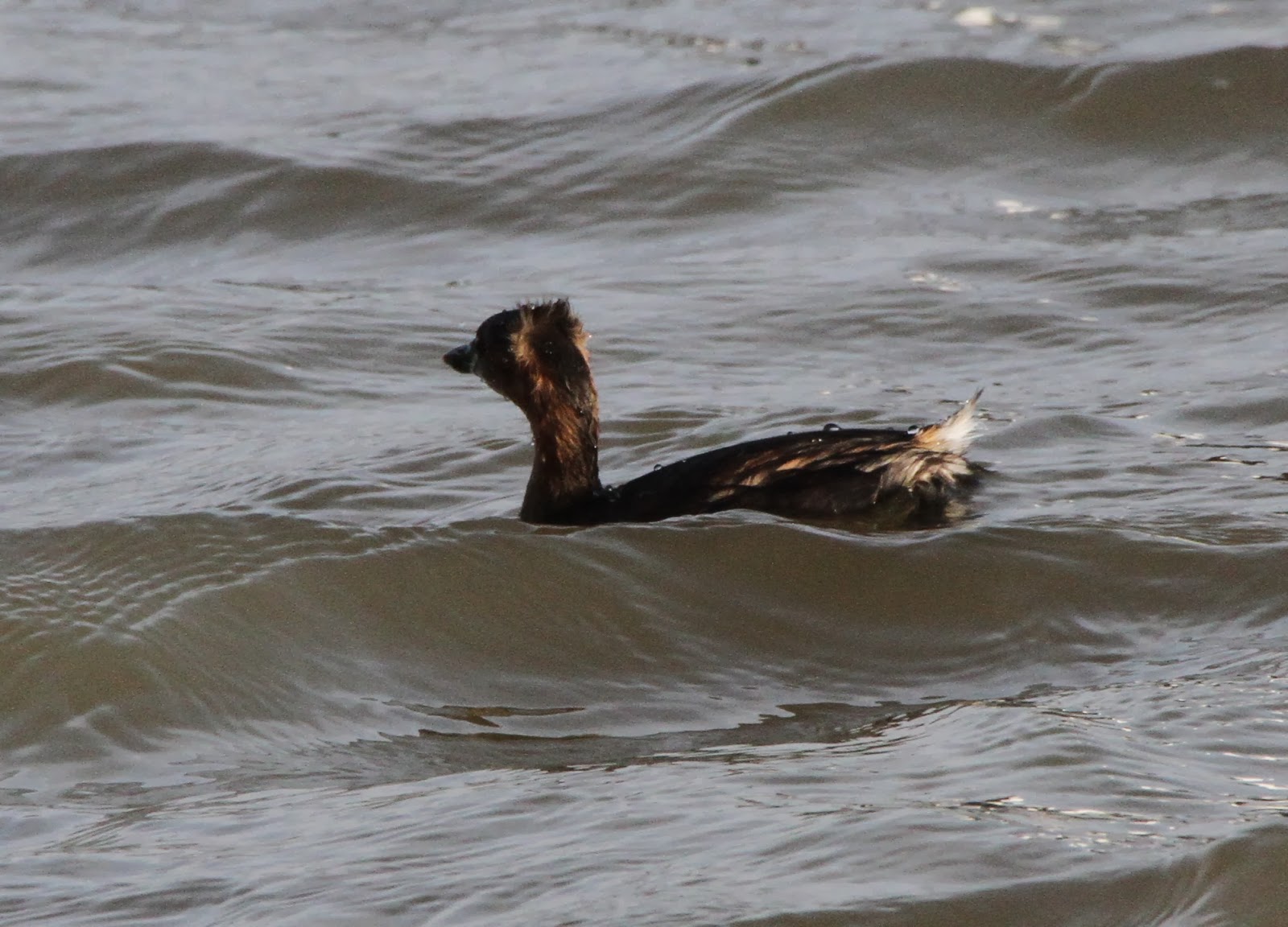 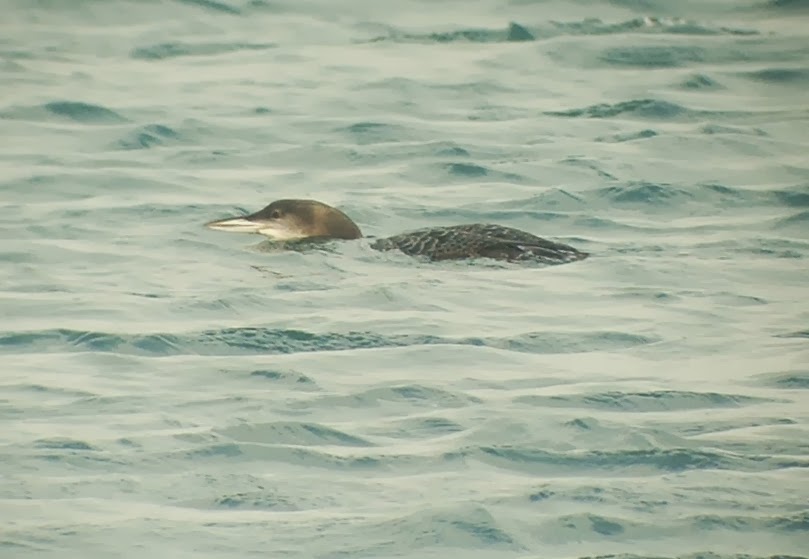 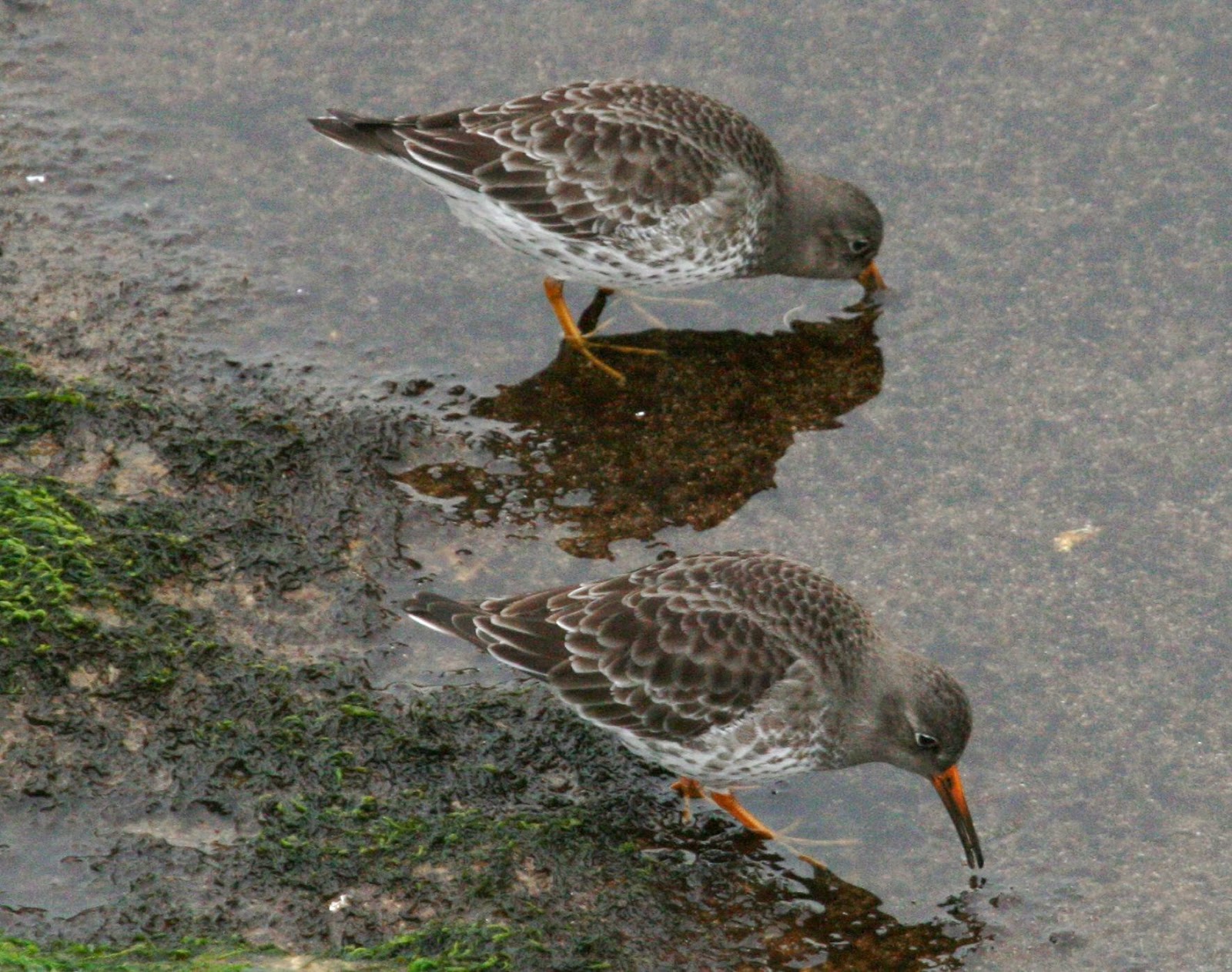 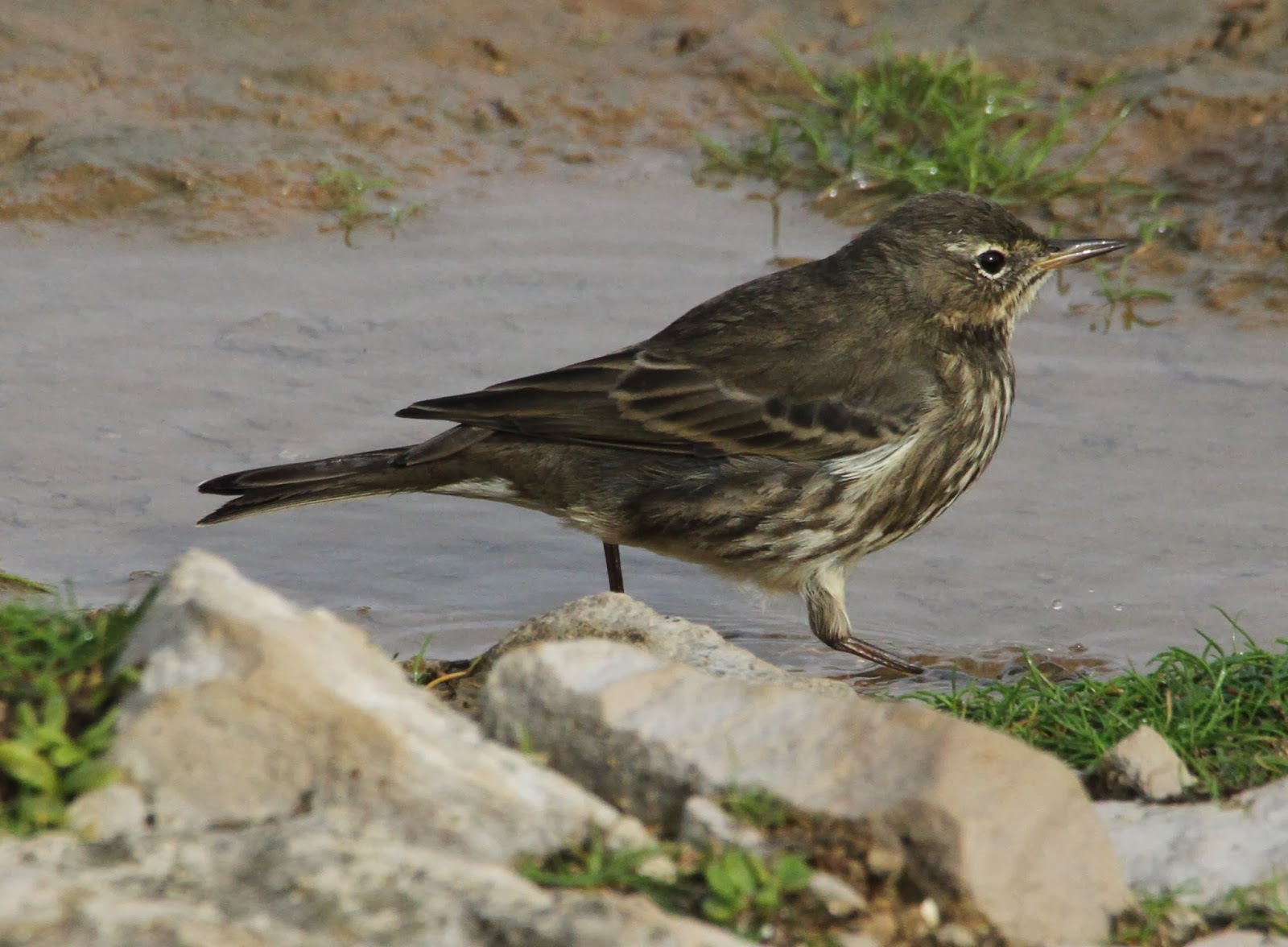 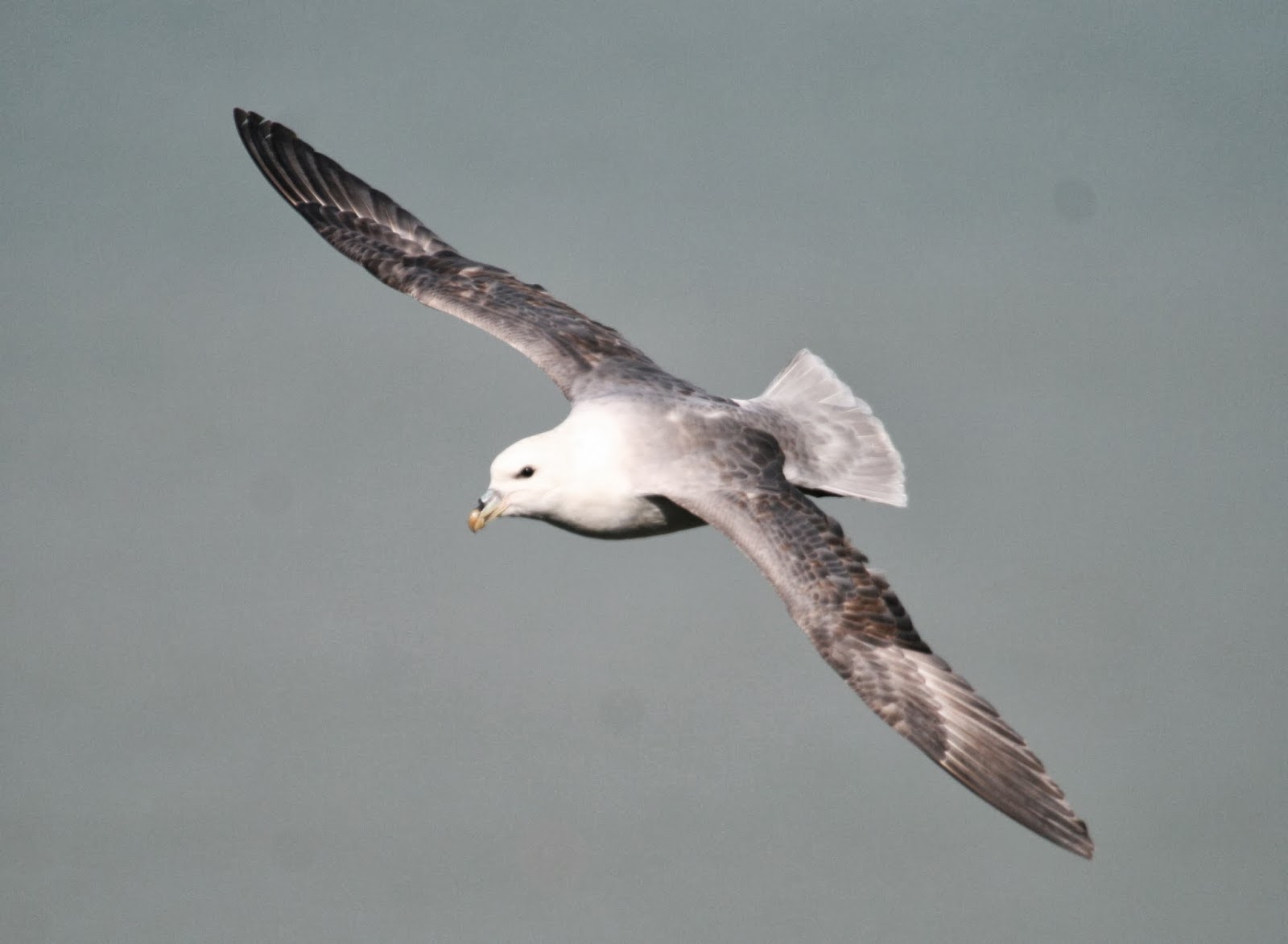 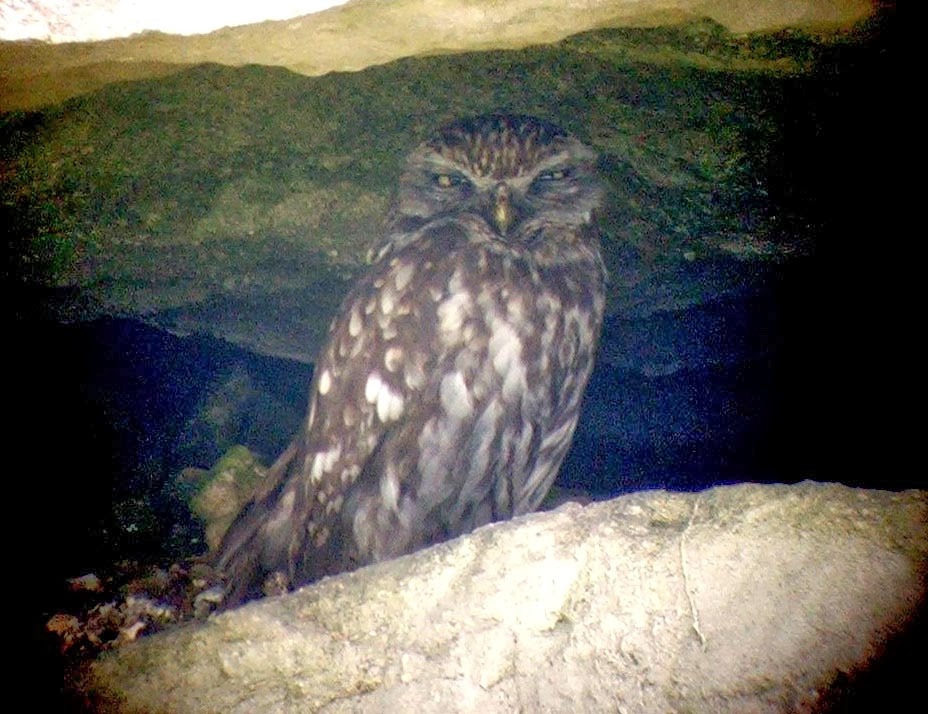 LITTLE OWL
while all of the species above were additions to the 2014 Year List,
those below represent new birds on the
2014 Dorset Year List. 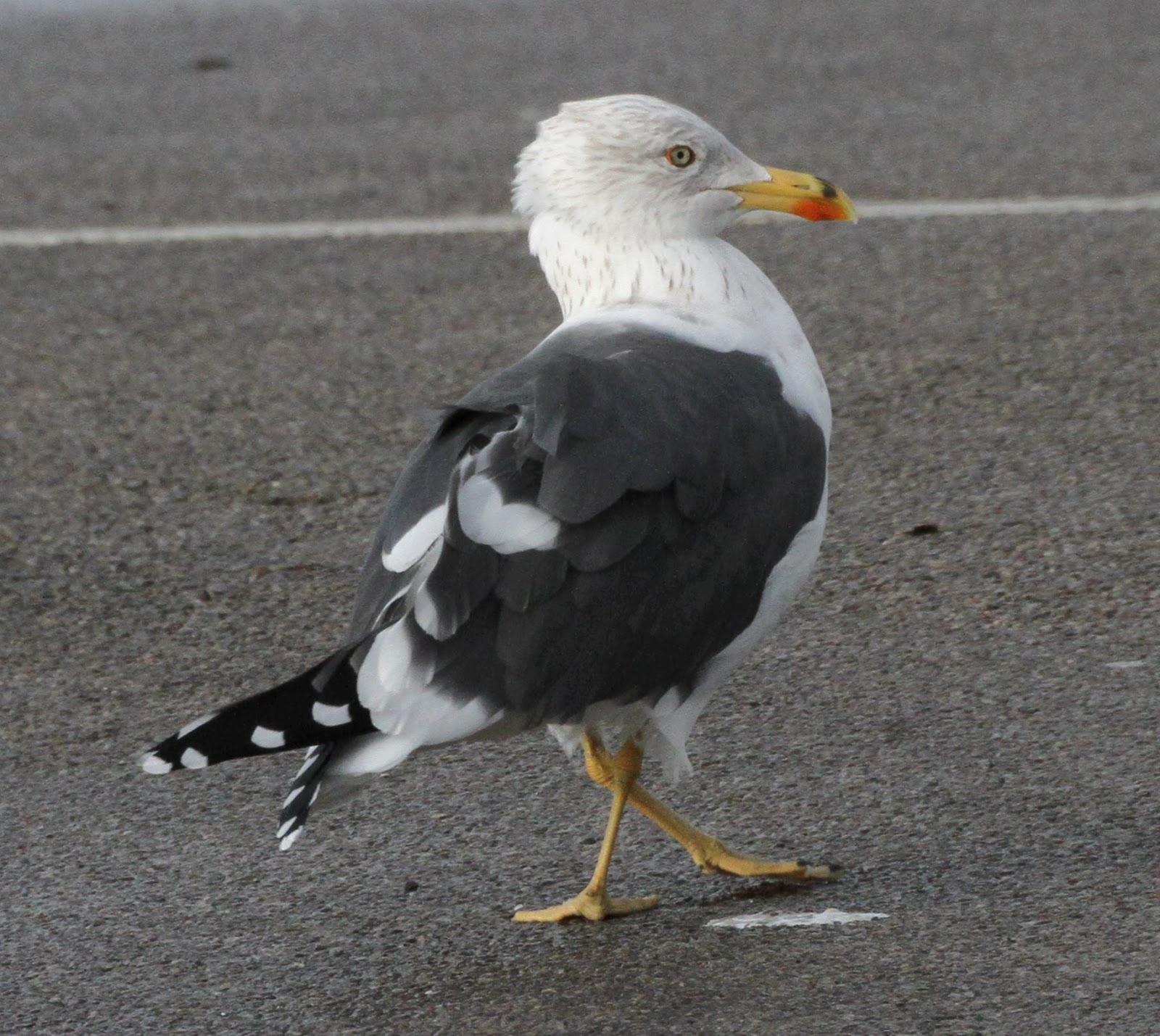 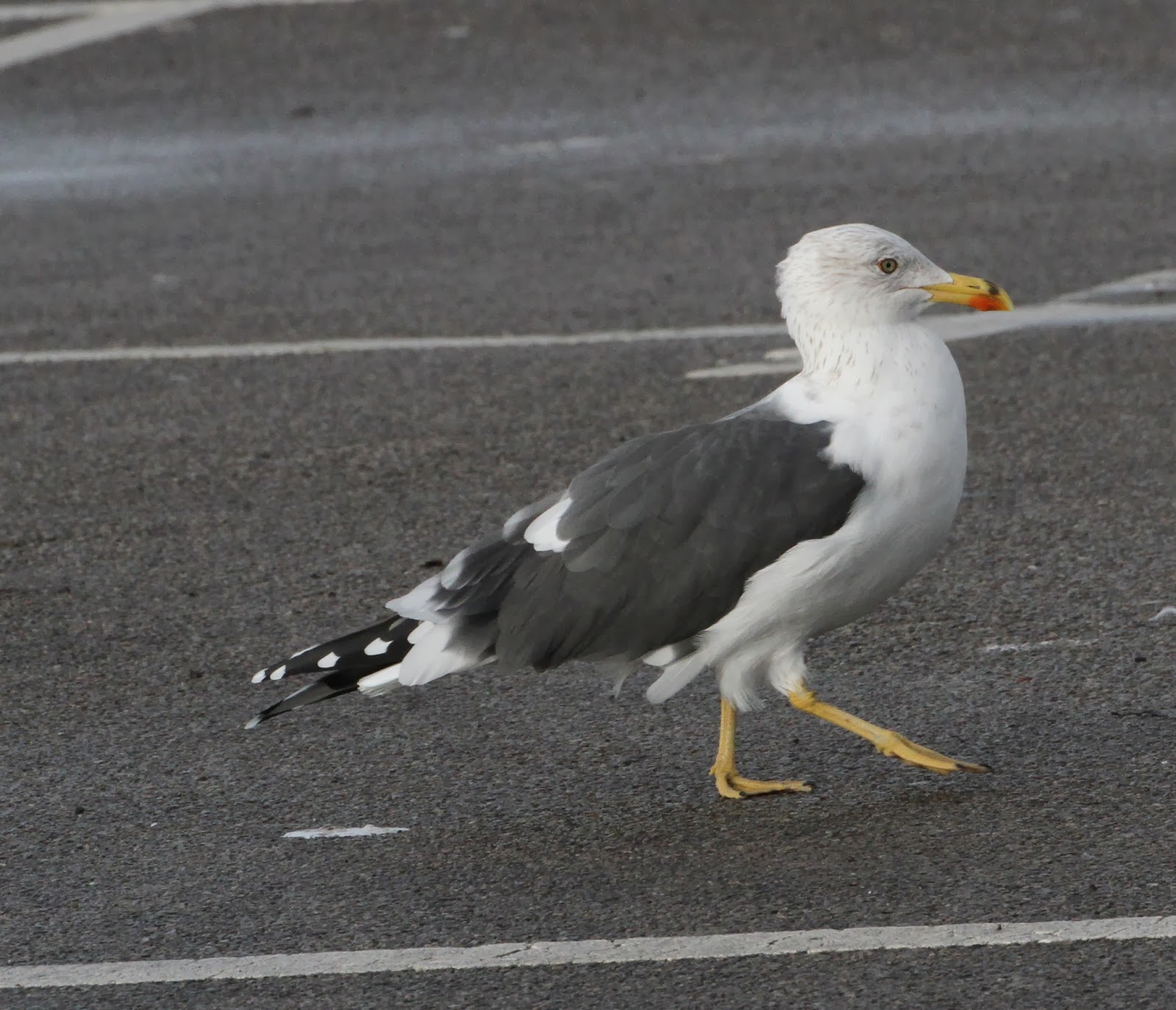 This LESSER BLACK-BACKED GULL looked every bit as if
it was still on the New Years Eve 'pop'! 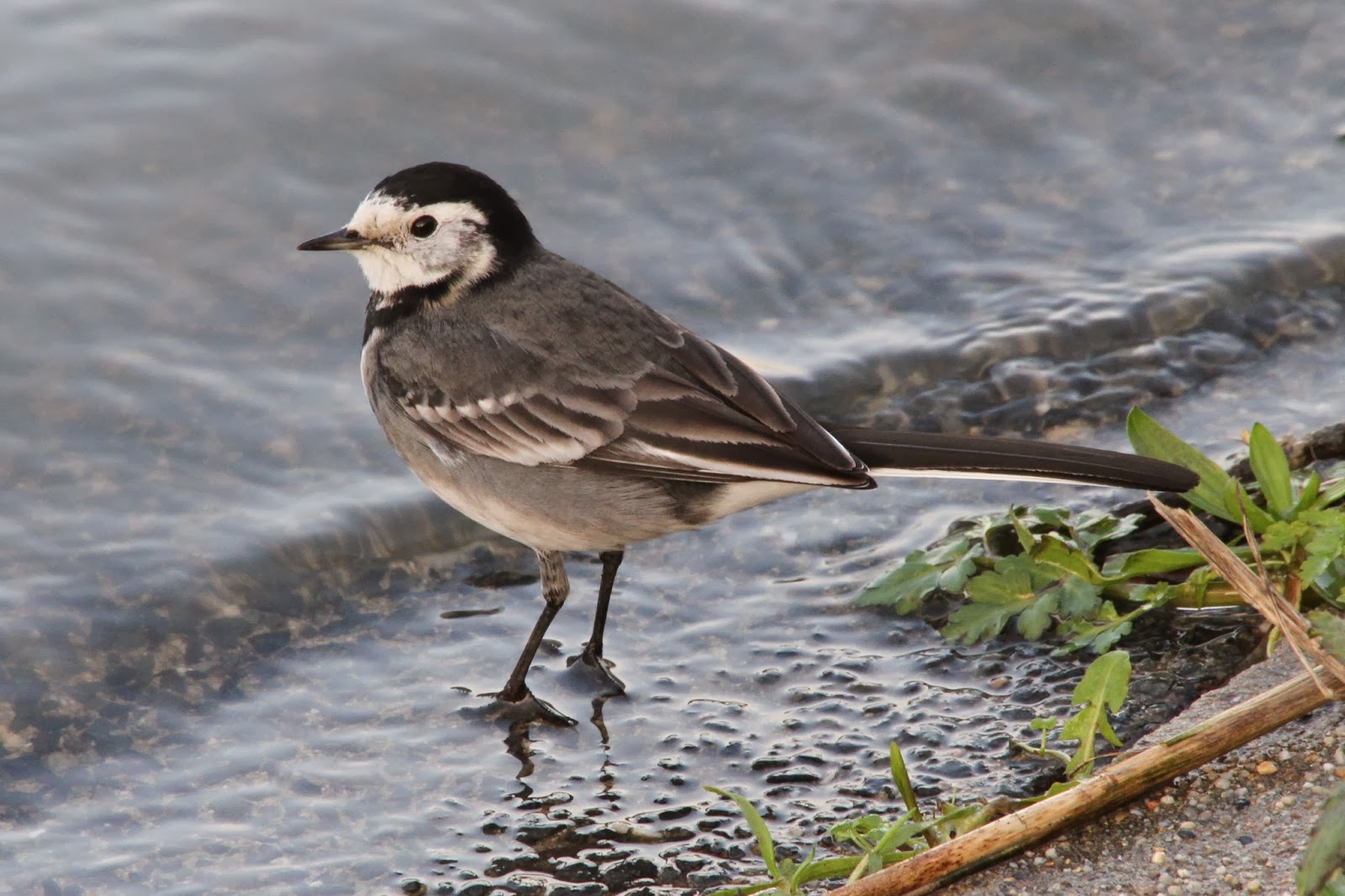 Just a couple of addition to the afore mentioned list.
PIED WAGTAIL 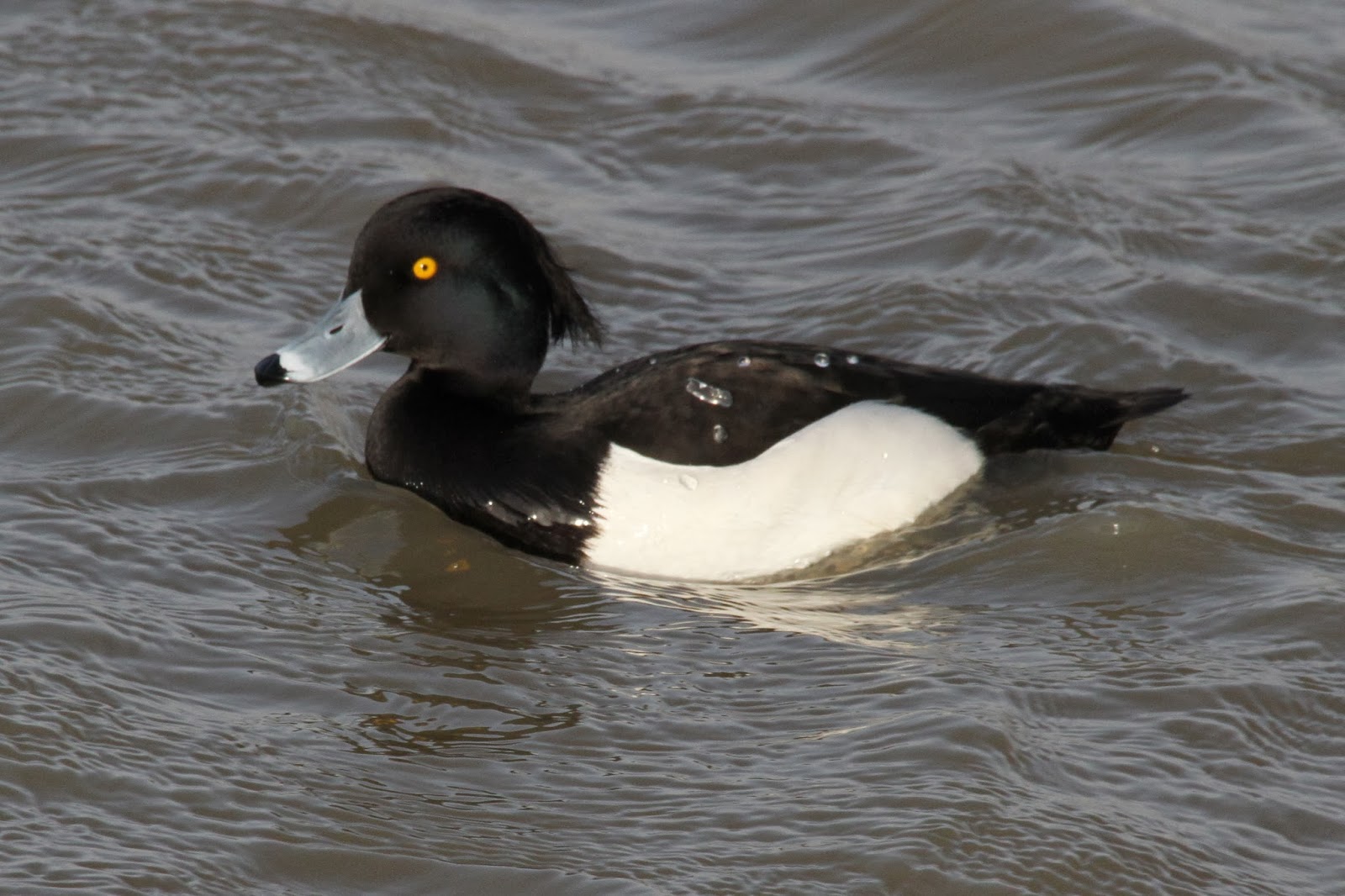 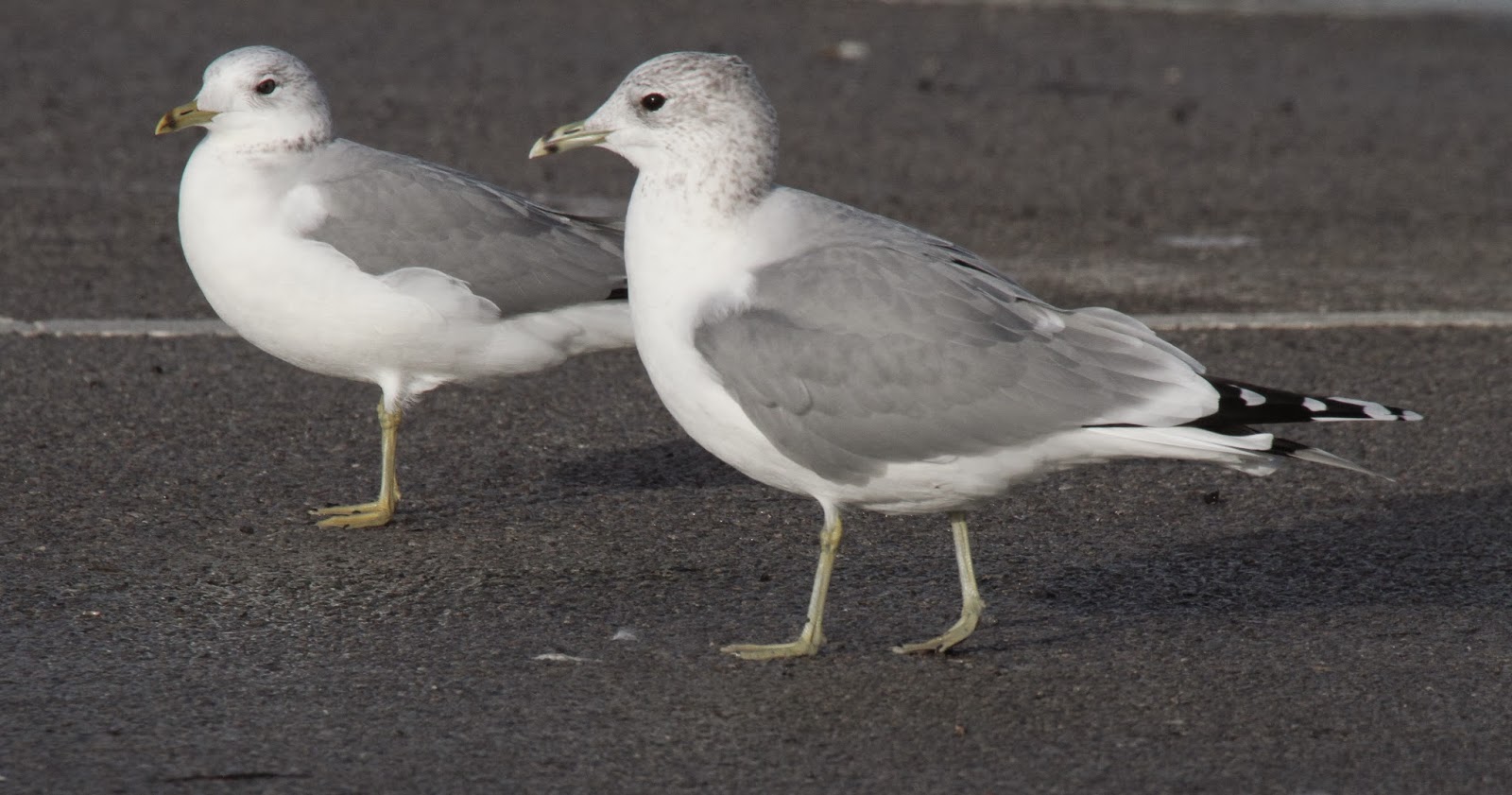 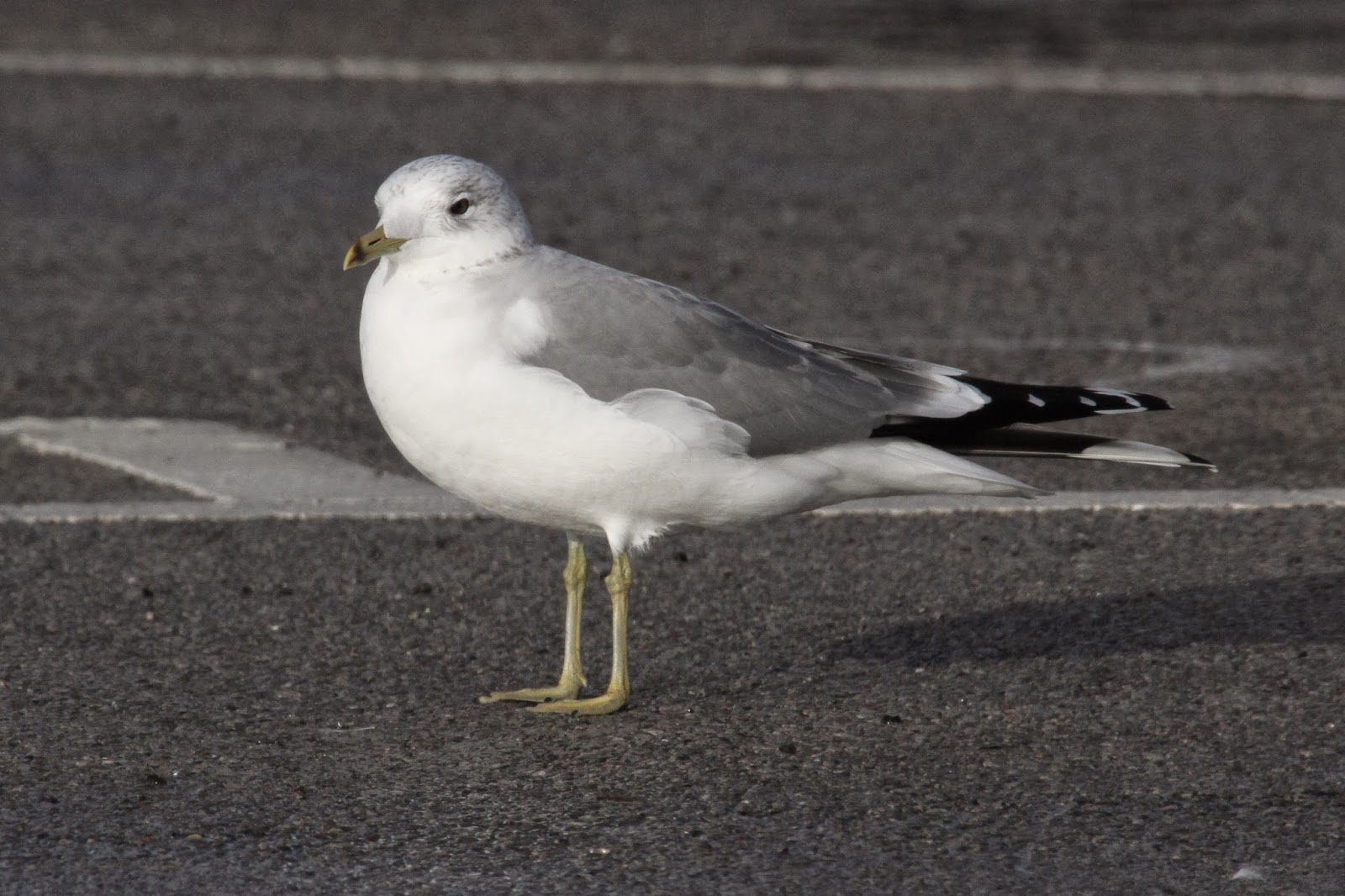 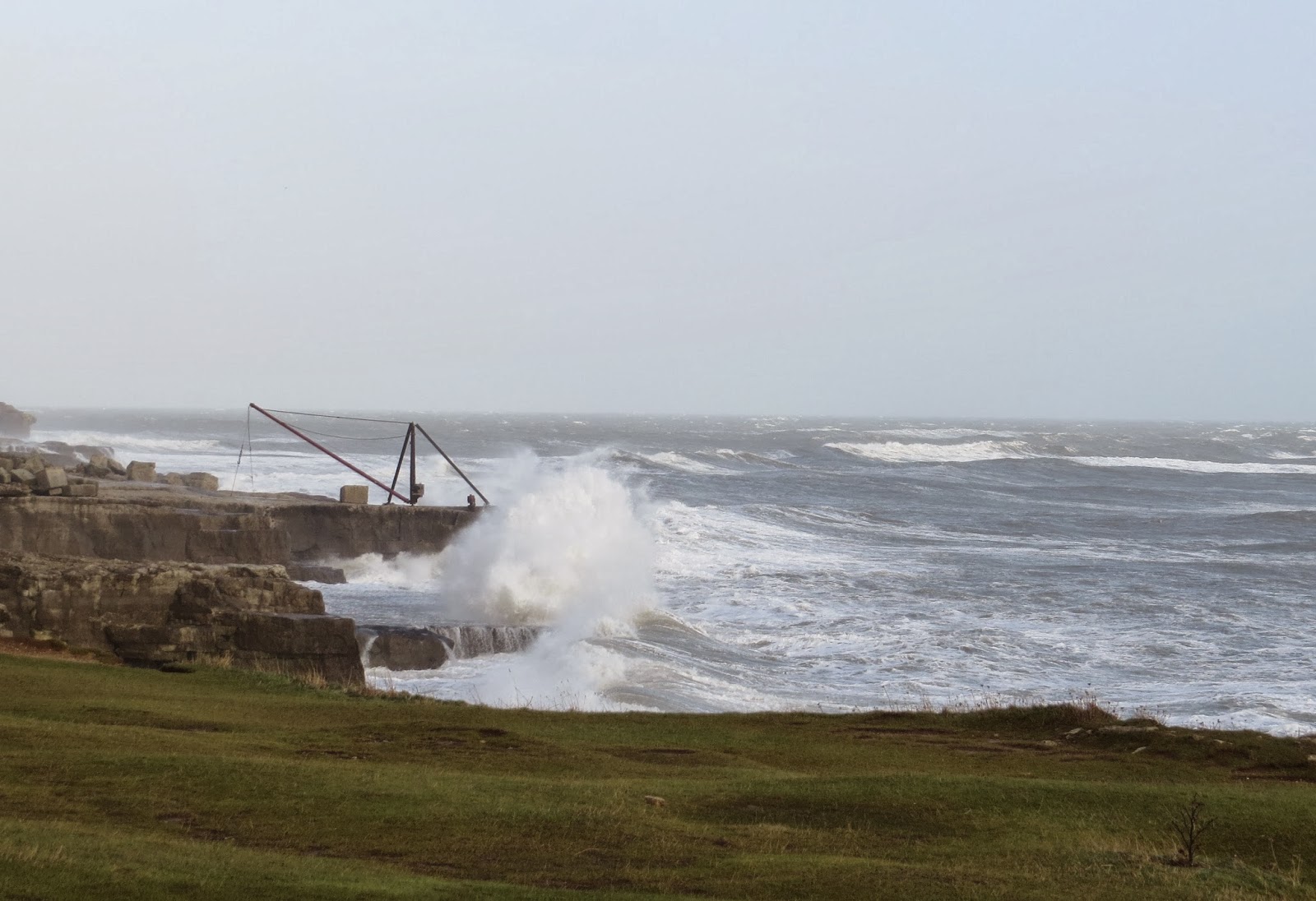 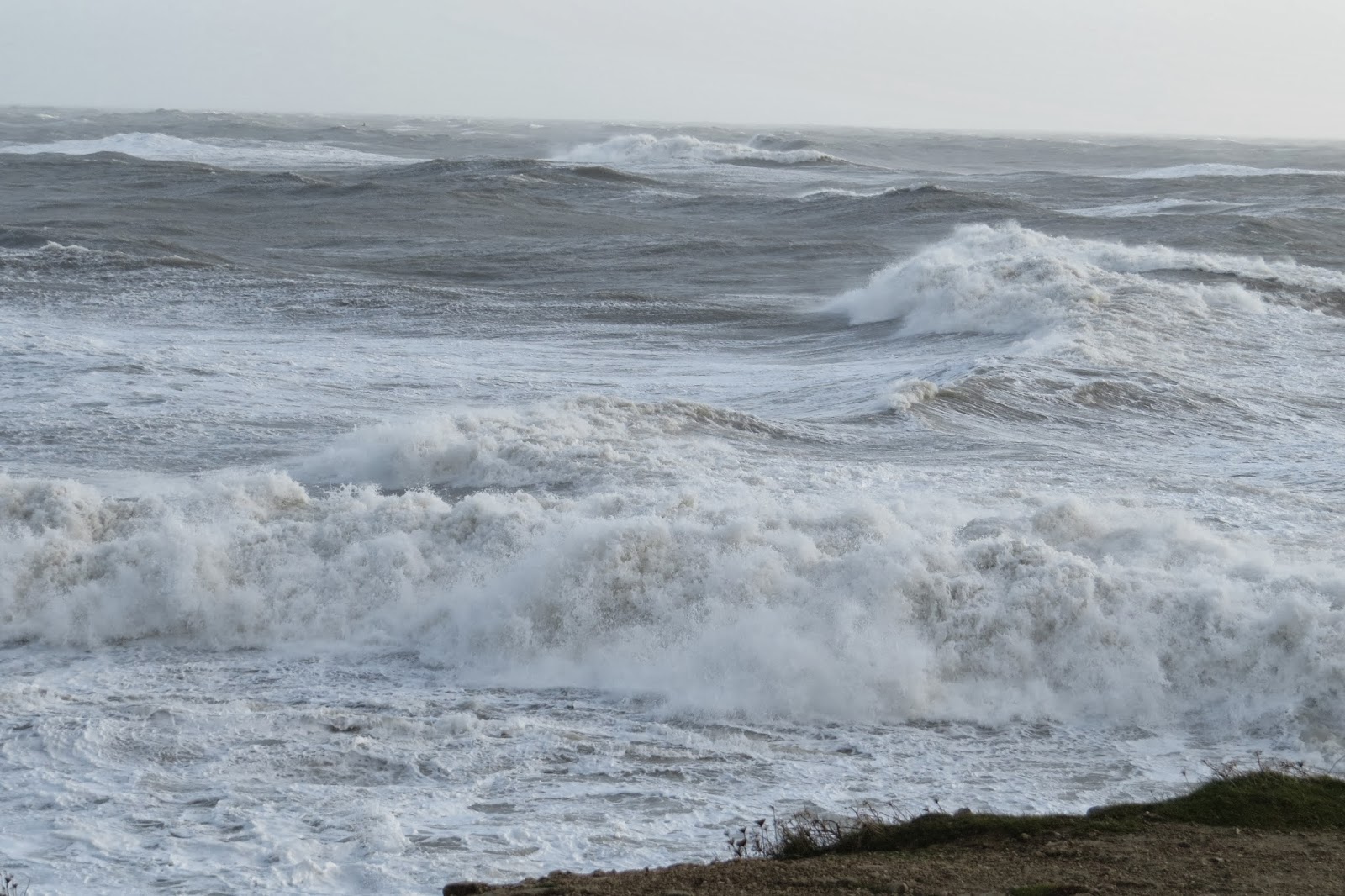 An example of recent Sea State at Port Bill

Before closing it should be reported that the Communication Breakdowns continue. Guess it would be unfair to put all the blame on BT as the weather must be playing its part too - if we miss a Post you'll know where we are!
Posted by Bagsy at 16:36