Fox on the Run - Sweet 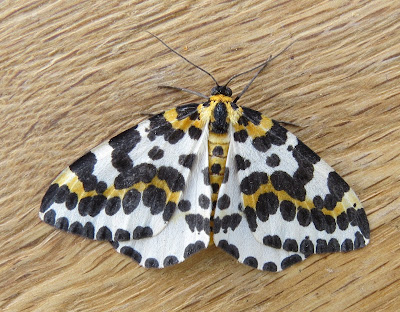 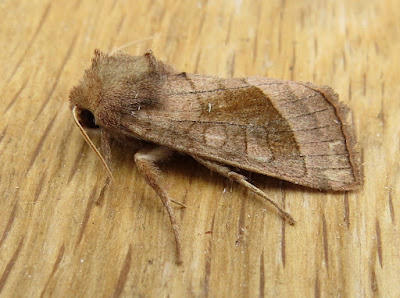 ROSY RUSTIC
that, however, was before arriving at the penultimate egg tray
deep in the bowel of the 5th and last which produced a far more
striking and obliging 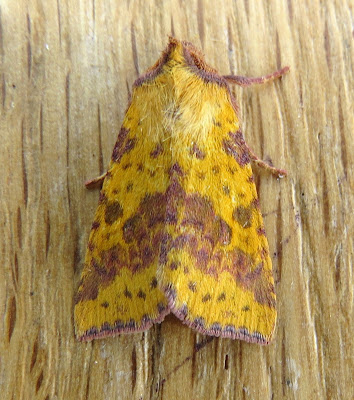 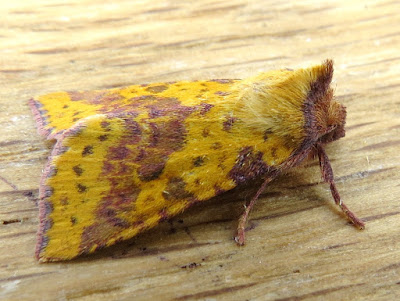 than yesterday's individual.
Right along side of that was this 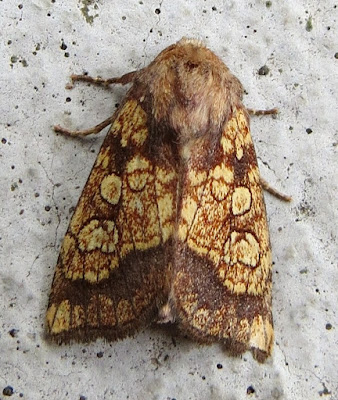 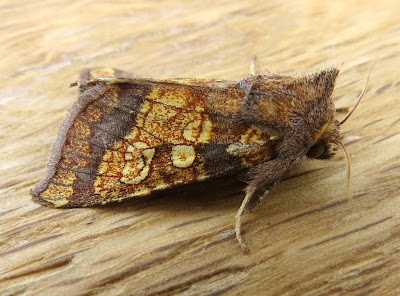 yet another addition to the
Recording Area Year List.
Sporadically wet, continuously windy but with a little success that was the
story of the Moth Traps followed by a visit to the
Irrigation Pond
to where a lone 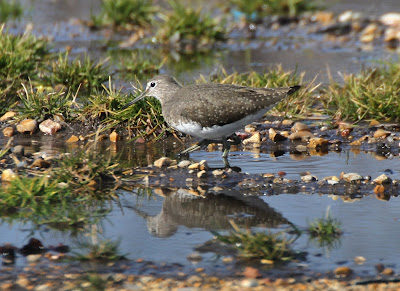 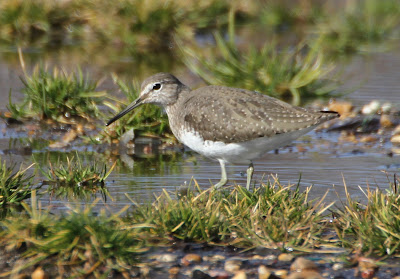 had returned and was found in the company of a 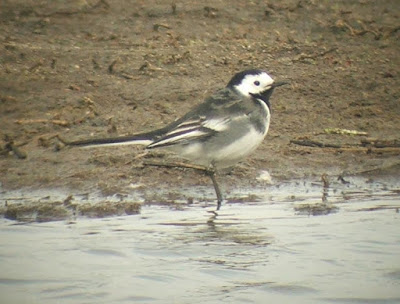 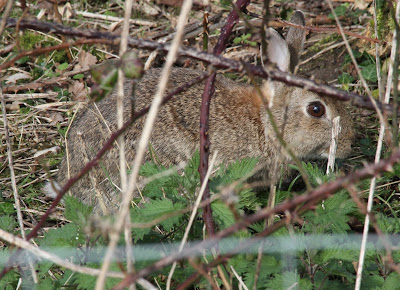 RABBIT
Further on, the Gravel Pit was all but devoid of Birds
but a movement in the corner of the eye revealed a 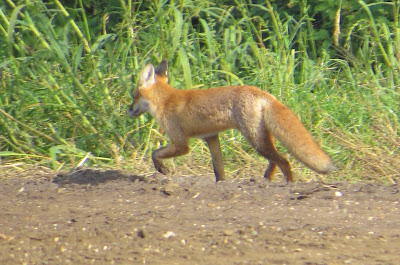 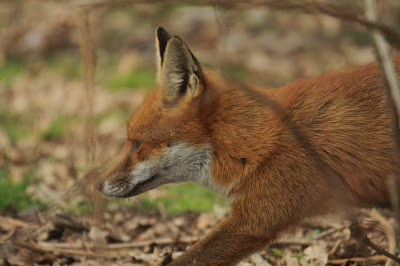 heading for the undergrowth then changing its mind.
A short wander through the long grass to Merritown Heath produced both 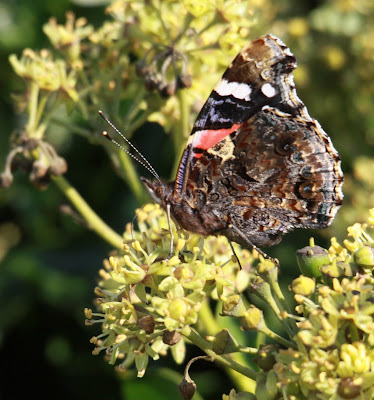 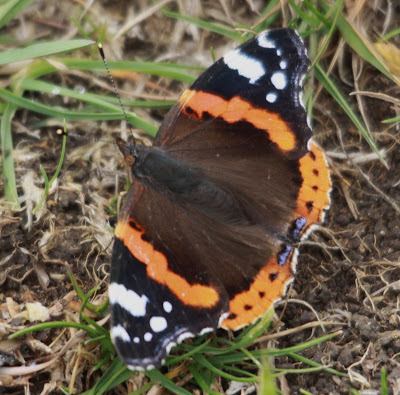 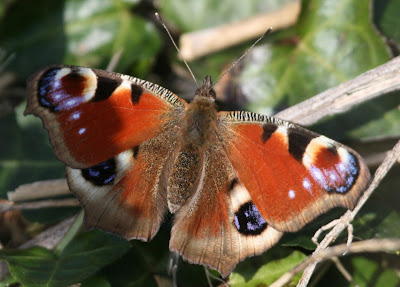 PEACOCK
BUTTERFLIES
while on the Heath 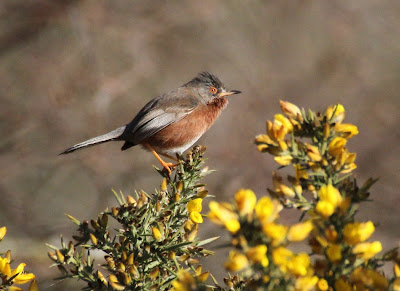 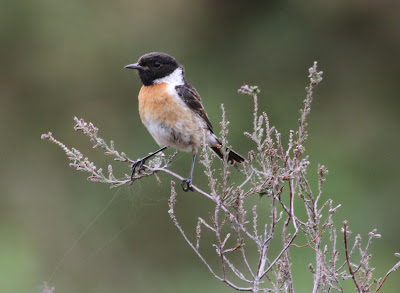 STONECHAT
were both quick to appear which certainly hasn't been the trait
in recent weeks. 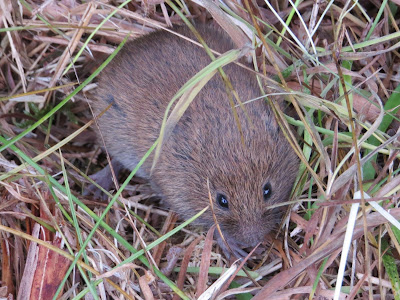 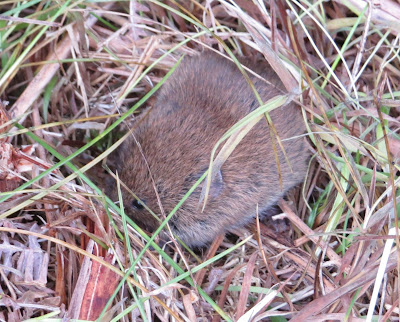 was found under one of several sheets of corrugated metal, while at the
Bournemouth International Airport Perimeter Fence
there was a small gathering of juvenile Stonechat
among which was a long awaited addition to our Bird List here. 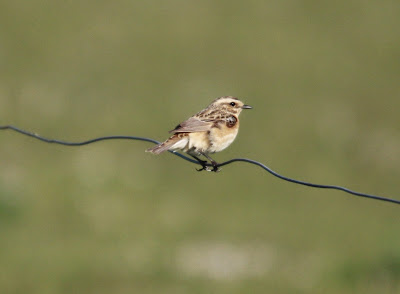 WHINCHAT
is a common enough migrant which up until today has remained a total strange
to both Parley Court Farm and Merritown Heath.
Just to maintain a high degree of ego and kudos, we would describe our own images 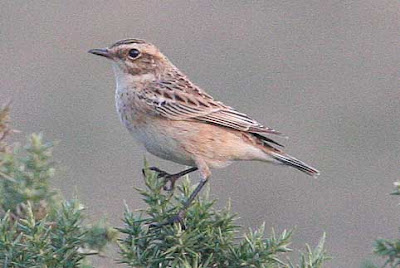 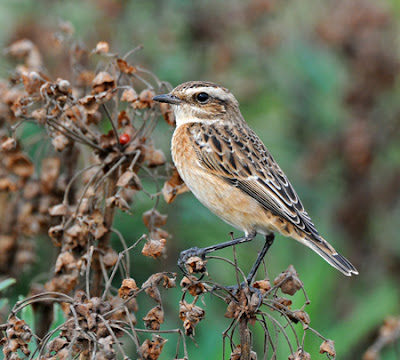 of the bird as PATHETIC so the 2 above are drawn from Wiki for illustration. 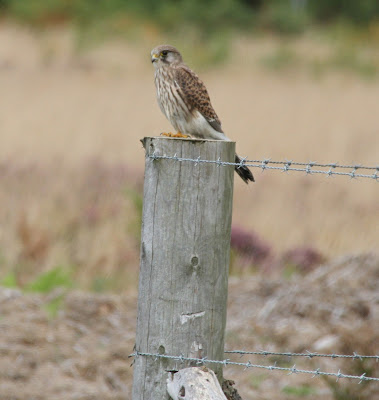 There are at least 2 Families of 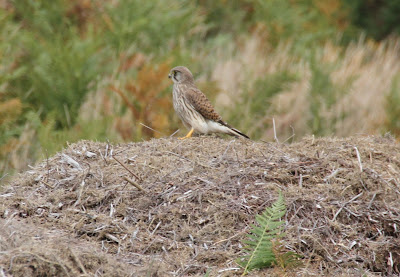 KESTREL
which have reproduced on the Heath this year, but apart from in the
'high tops' of the surrounding Pine Trees they are rarely seen
at perch. 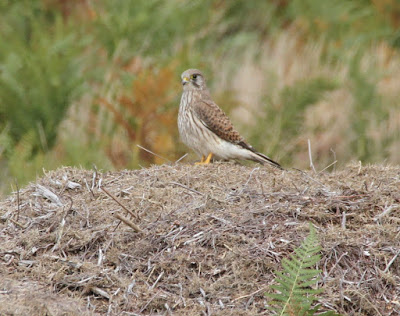