A notice to our Valued Readers
and all of those you are going to pass our Link on to!
The Bagsy Memoir was never intended for public scrutiny, only as an insight for those of my Grandchildren who are interested, to an extremely ‘full life’, something my own Father did in part but not so (mores’ the pity) my Grandfather. However, having reached 300,000 edited words, among much reflected joy and only a microscopic smidgen of remorse; it was thought a good idea to share just a snippet of this with our Loyal Readership. The passage involved refers to one of the most fantastic days of my life, which neither money nor station could afford you and one that highlights that in life
YOU MAKE and CHASE YOUR OWN ‘GOOD LUCK’!
The intent is to publish this on Christmas Day so you have something to do while the
Figgy Duff and Turkey settle.
Today's Post relates to Sunday when the temperature reached a staggering 12°C, the wind dropped to no more than a zephyr and despite requests for a 'cold snap', which hasn't happened, there were a few birds about - albeit common fare!
Things didn't start particularly well, as only the residents seemed to be moving around Harbins, and down on the River Stour all there was of note was a single peep from a Kingfisher. On the way up to the Common a pair of 'long lost' Collared Doves were seen distantly then, apart from a Grey Squirrel which nearly got Dunlop'ed, there was nothing. There has been a single but most timid Moorhen at the Irrigation Pond in recent days but never in the sights for a photo, so c2 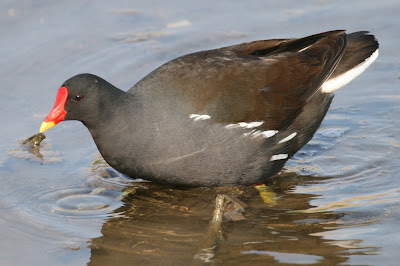 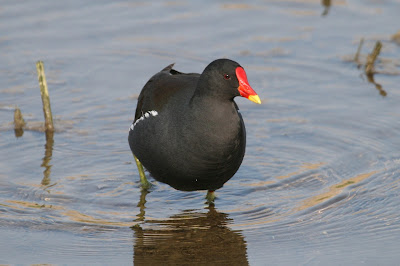 there made up the deficit. In company with a 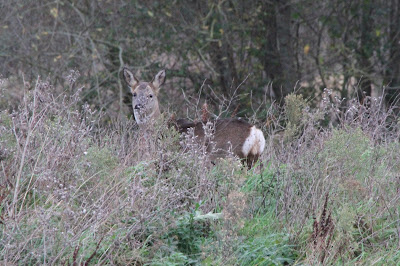 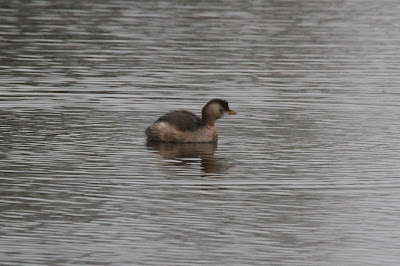 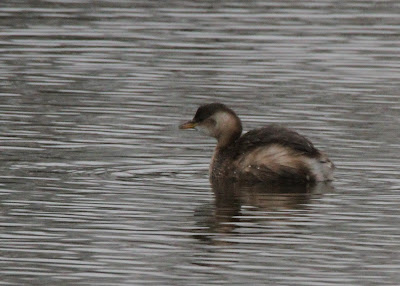 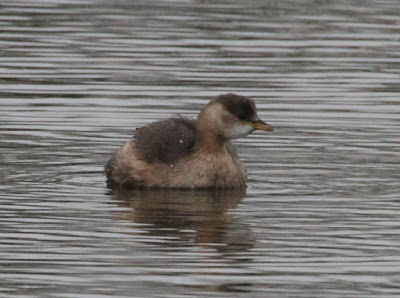 was still busily feeding, but we never see it bringing anything to the surface.
LITTLE GREBE
Movement in the higher trees proved to be 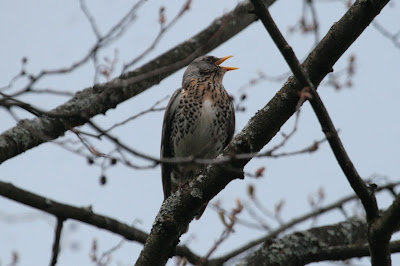 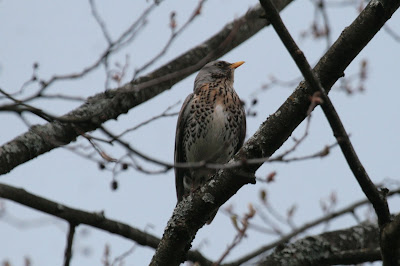 a flock of c27 which is the largest recorded so far this end of the year.
The intent then had been to take a look at the progress on
Phase III of the Solar Panel Farm 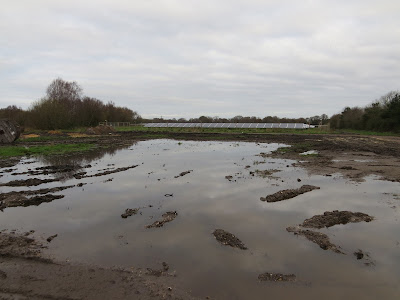 but a flash of white from this puddle of mud was a distraction.
This area has always been a bit soggy, but since the heavy plant
started using it as a turning circle it has got much, much better.
Sat here for more than a hour on the day, this is what we witnessed. 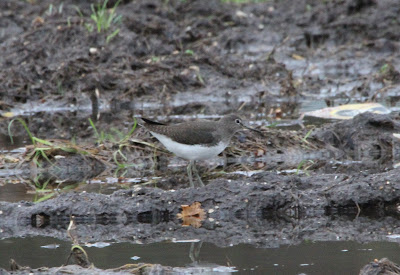 The flash of white turned out to be the rump of this
GREEN SANDPIPER
and this is when we changed to the video function.
GREEN SANDPIPER
with 'frame stealing'
PIED WAGTAIL
followed by a
(first winter)
BLACK-HEADED GULL
Flighty and not very obliging
GREY WAGTAIL 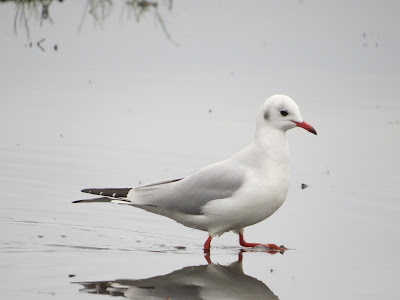 BLACK-HEADED GULL
(adult winter)
and same with a
MEADOW PIPIT
JAY
again with a degree of difficulty.
GOLDFINCH
MEADOW PIPIT
GREEN SANDPIPER
Ditto,
Ditto, Pheeeewww are there any more? 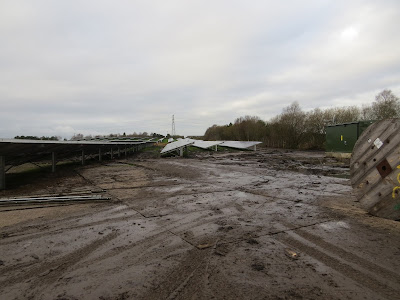 PHASE III
with all panels in place, and then on to Merritown Heath where the 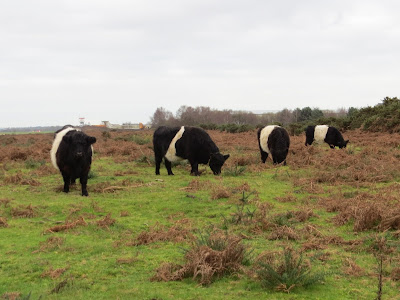 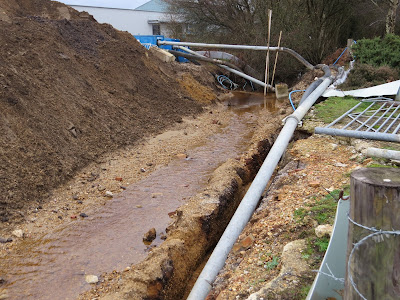 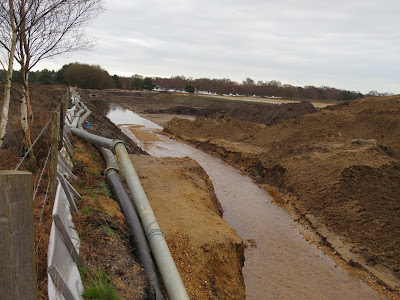 what is the fastest flow of water seen here thus far. 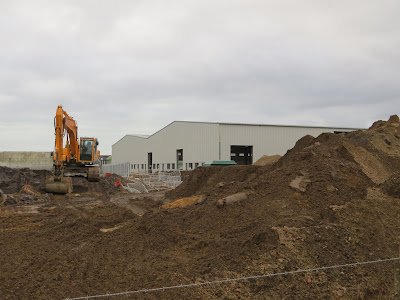 The outer cladding on the new Airport Factory has also been completed. 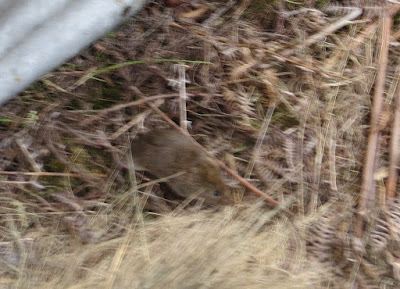 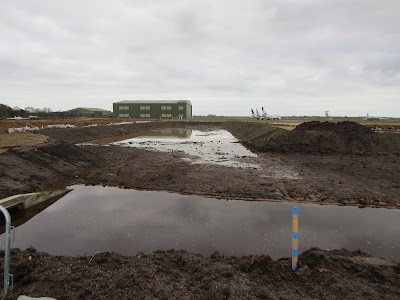 Balancing Pond"?
Well, if you said Cream-coloured Courser put your hand up,
then put it down again as UNFORTUNATELY you were wrong,
but here it is another 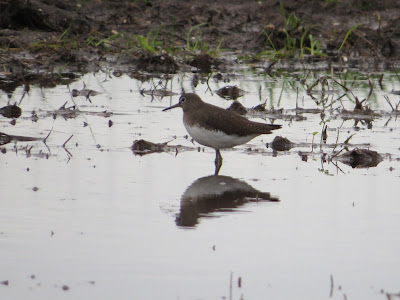 GREEN SANDPIPER
and just the first of many we hope, you'll be first to know! 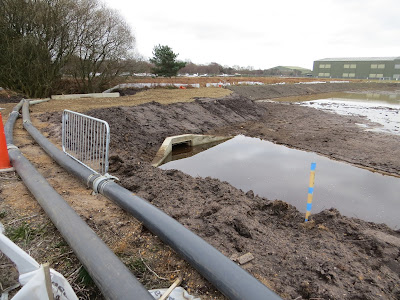 The newly installed culvert, placed in the hope of stemming water flow
and preventing flooding at Hurn Bridge.
On the way back we had a minor 'record breaker', the largest number of 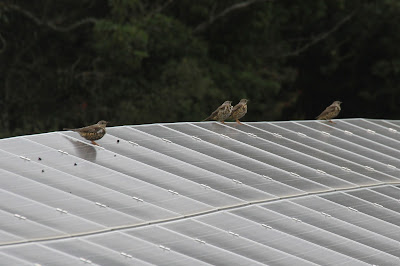 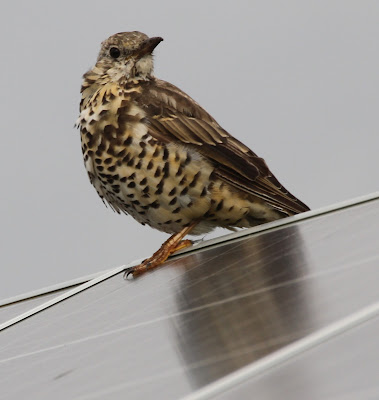 seen together on the property at one time = c37.
During the day we also saw of note c6 Bullfinch and c2 Chiffchaff.
LOOK, RUSSIA JUST RUNNING AWAY WITH IT! GREAT!
and what's happening in the USA?
Posted by Bagsy at 10:44