What Lies Beneath - Robin Trower

While it has been said of Trower, "a Prophet is seldom recognised in his own country" he has, over the years, forsaken his beginnings in Prog Rock to become a Luminary across the World as a Master of British Blues. Formally a member of the legendary Procol Harum, 'post' Whiter Shade of Pale, he deserted them in   to form his own 'Power Trio' with James Dewar (ex-Stone the Crows) and Reg Isidore on drums. My single personal experience of him was at the 1975 Reading Festival where he feature much of the sensational album 'Bridge of Sighs'. However, there is an element of uncertainty about that, in the same way as attendance at the 1969 Isle of Wight Festival suggests, "if you remember it, you weren't there"! For my money, his finest hour arrived when in collaboration with Jack Bruce and session drummer Gary Husband they turned out the impeccable DVD 'Seven Moons' recorded live in Holland.

The Robin Trower Band
thought to be performing at Reading 1975 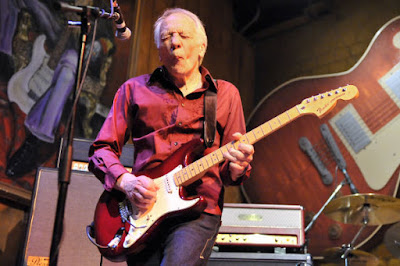 TROWER
showing his trademark contorted facial expressions.
Trower, Bruce and Husband
Seven Moons Link
We don't usually do adverts, but for my friend
Robert Alvo in Ottawa, Canada
(and other readers at our discretion) we make an exception.
Being A Bird in North America - Robert Alvo

Despite the high winds of recent days the local Owls have continued 'calling' every night over the past week. 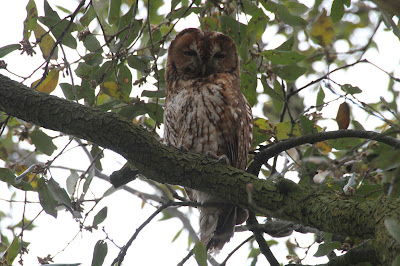 TAWNY OWL
appear to be most numerous and certainly more vocal, but 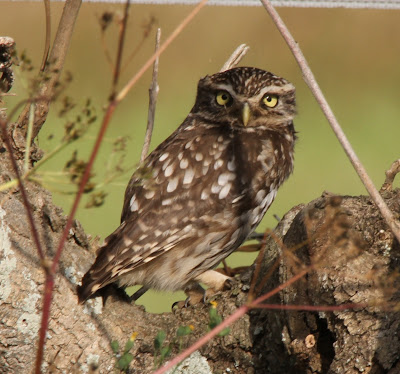 LITTLE OWL
first brought to my attention by Janet, the lady of the house, are
chipping in from time to time. The pair which favoured the gnarled
Ash tree below 18-Acre during the spring and early summer seem to have
disappeared ages ago, so if these 'calling' birds are one and the same it will
never be known. 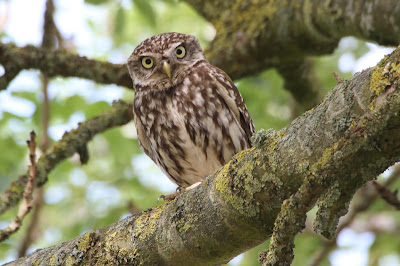 What was most impressive is that Janet recognised a different Owl
call, reached for her mobile phone and confirmed the species from there!
Not that we feel this bird has been anywhere but Parley Court Farm,
the re-emergence of a 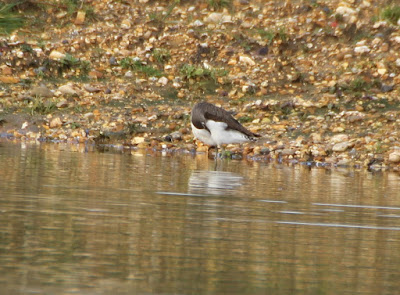 GREEN SANDPIPER
at the Gravel Pit is always a welcome sight.
From then on it was 'almost' exclusively a matter of
What Lies Beneath.
During the winter months we raise the metal sheets and squares of
roofing felt, laid to attract Reptiles, Mammals and Amphibians alike,
far less often than we do during other seasons.
Over the weekend, and in the first instance, we found what we are
advised is a 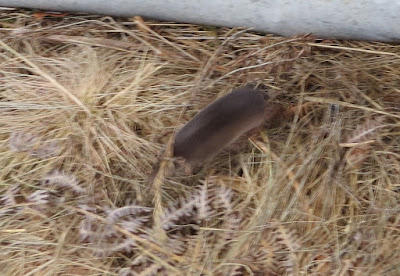 Illustration borrowed from Wiki to show the Reader and myself what
one looks like. 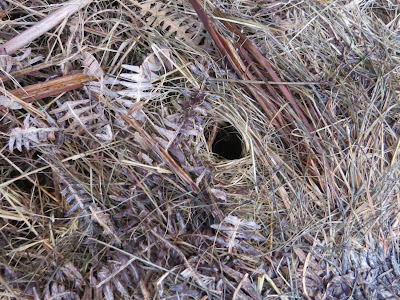 So fast it put in 4 appearances before disappearing into its nest.
Far too quick for this kid! 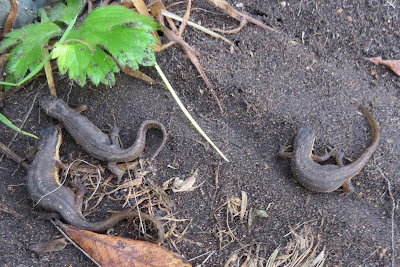 Beneath the others at the Irrigation Pond, it was found that the 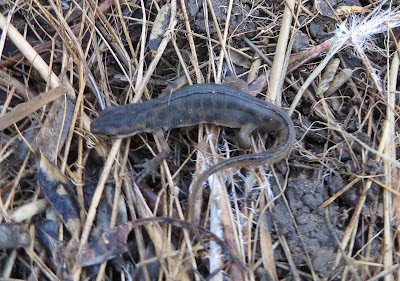 COMMON (Smooth) NEWTs
are now leaving the water for their winter quarters, there were c4 in total. 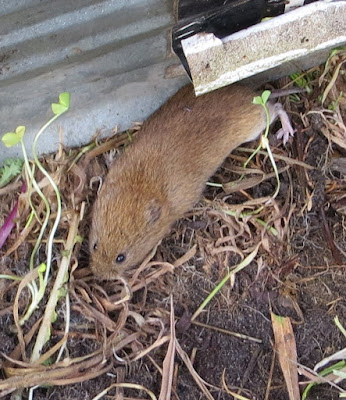 At the same location 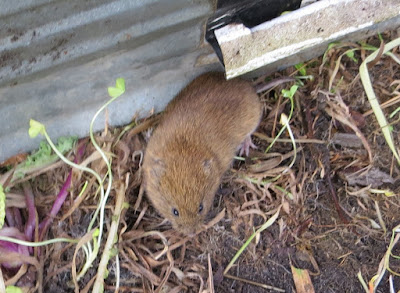 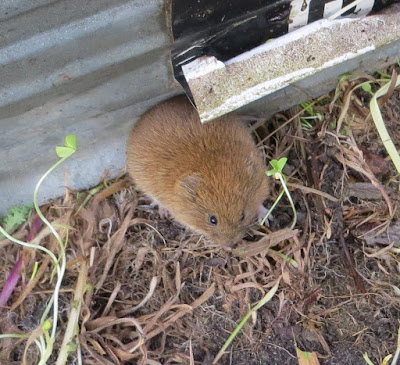 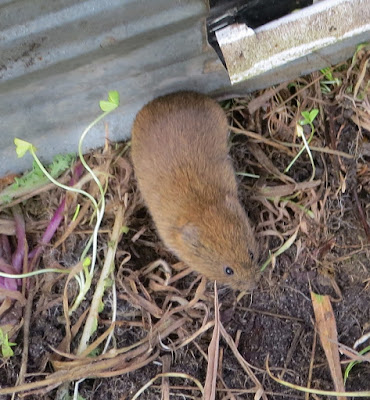 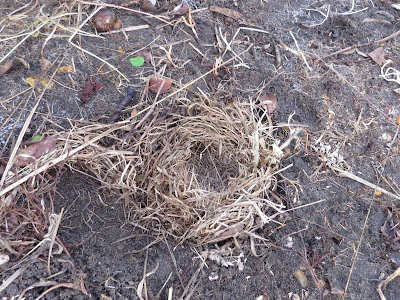 has also taken up residence.
In addition there was a reluctant 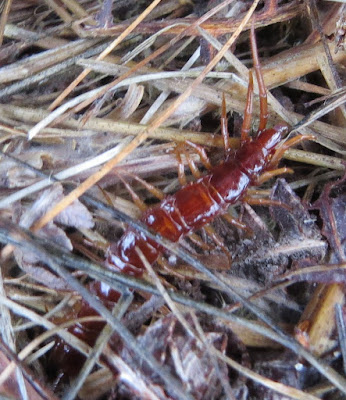 CENTIPEDE
along with a 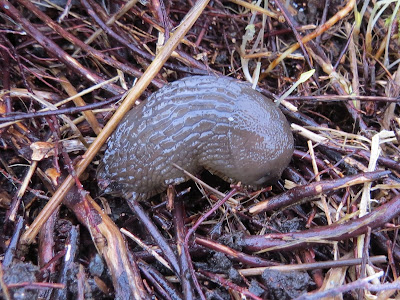 BLACK SLUG
Then, just as we were beginning to think we had left all our history behind
a voice calls "hey Bagsy is that you"? 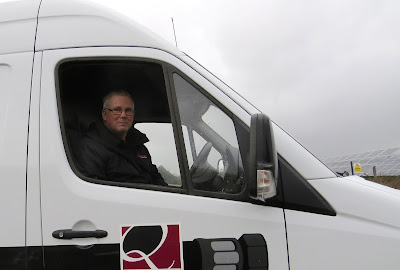 SEAN TAYLOR
one of my old drinking pals from back in the 'wild days' of the
Sailor's Return on Weymouth Quayside, now working on the
Phase III Solar Panel Project.
'Good to see you Sean'.
Finally we took a quick look inside the largest of the
Solar Panel Compounds to find just a few very flighty
Mistle Thrushes and Goldfinch and this seemingly unconcerned
MEADOW PIPIT
Always nice to have a bit of a dhobi after lunch. 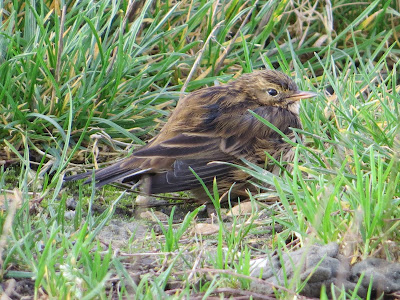 The finished product, all spruced up and nowhere to go!