Blood on the Rooftops - Genesis

Fog has been the predominant feature of early mornings over the
past couple of days, but seems not to have detracted from
Moth returns. Having said that, 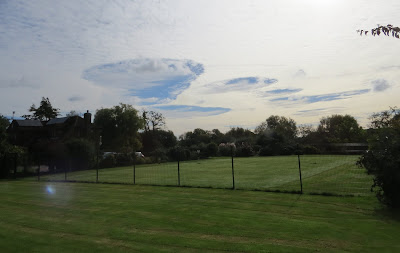 this was the sky-scape at 08:00 yesterday and although having once been a
professional 'weather gatherer' for the Meteorological Office back in my Oil Rig days,
cannot put a name to this cloud formation. Should have nicked that cloud
description book before retirement! 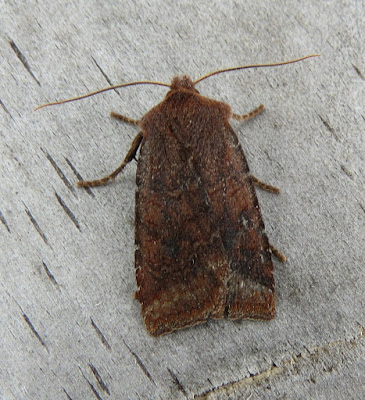 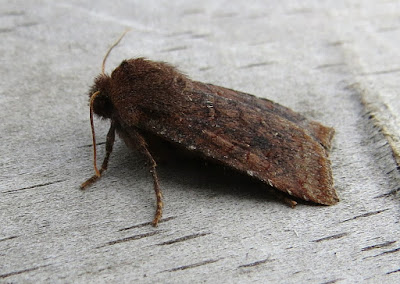 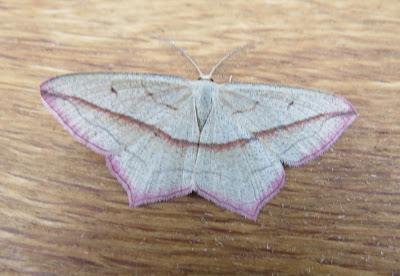 BLOOD-VEIN
Blood on the Rooftops
We say 'late' as most authorities note this Insect as 'double -brooded' and
'on the wing' from late May to early July and again during August and September.
However, through investigations it was found that others also suggest a
'third generation' as late as October, that being the case in point. 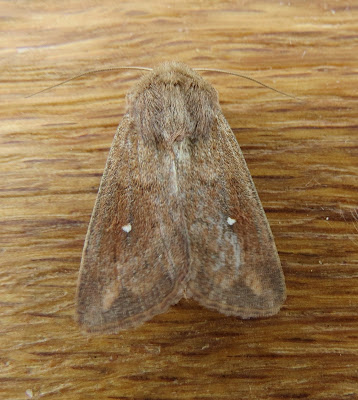 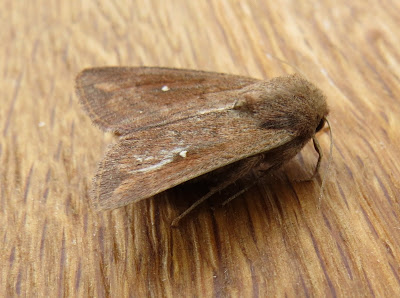 was also thought to be on the border-line while 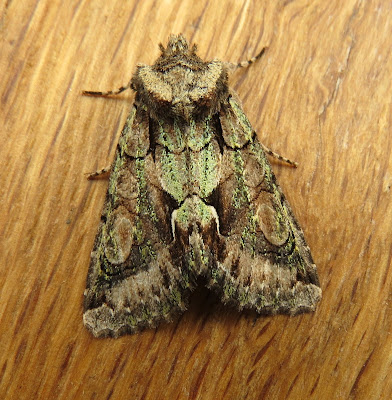 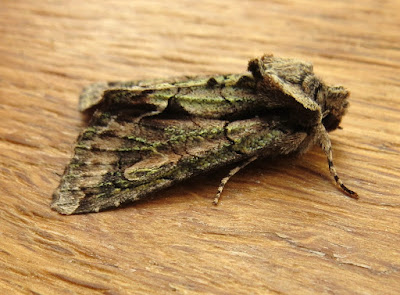 was completely expect and could show again well into next month. 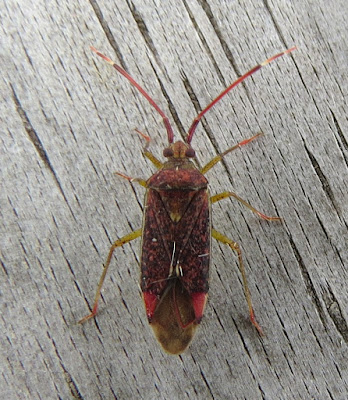 All else in attendance was a specimen of 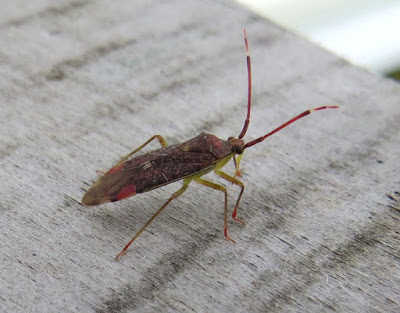 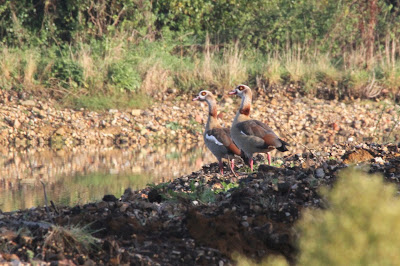 it was left to this pair of nervous 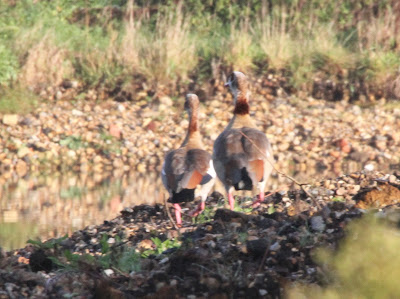 EGYPTIAN GEESE
at the Gravel Pit to make up the deficit. While there have been a couple
of sightings of 2 birds in flight in recent days, these are the first to be seen grounded this Autumn.
However, even at great distance they seemed little impressed with the intrusion
starting their infernal racket and beating a retreat
before flying off.
Things did improve quiet dramatically when we reached the Heath
where we were met at the gate by the juvenile 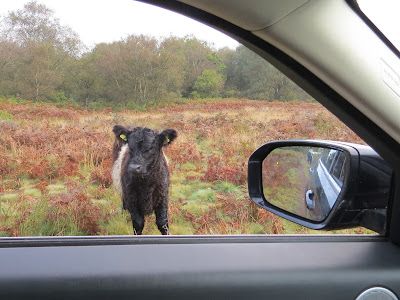 BELTED GALLOWAY
before quickly picking up on something of a 'showy' 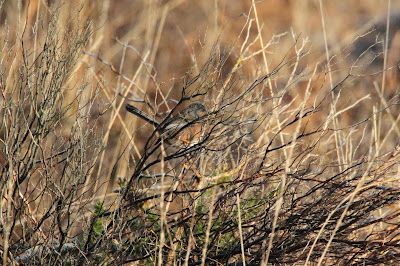 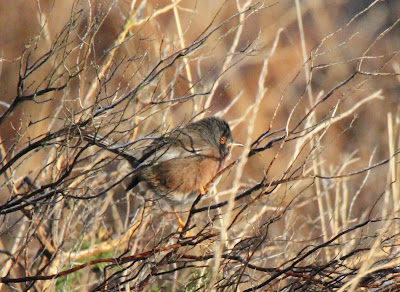 There is no record of when the last of these were seen but it is
certainly weeks rather than days. It is also rather depressing to report that
neither have they enjoyed much of a year here across the board? 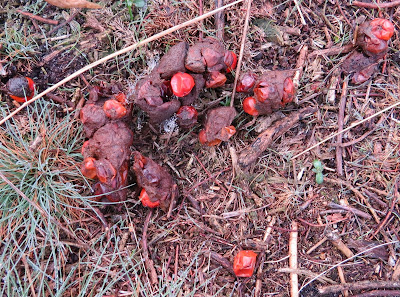 From the droppings it looks rather like it has been a lean time for
the local FOX as well, but then to end our wander a most unexpected 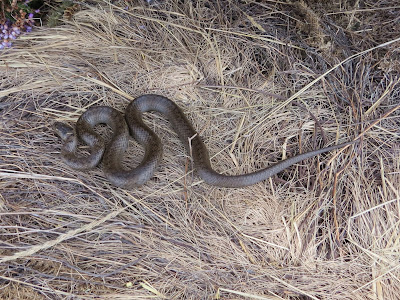 SMOOTH SNAKE
which we have never recorded this late in a year before.
Whether this is usual or not isn't known but we would have thought
they would all have sought a hibernacula by now?
Back at Slight Return II and there was yet another unexpected visitor,
not an unusual sight here but for the very first time on the Tennis Court
COMMON BUZZARD
Posted by Bagsy at 07:03