When the night shows the signals grow on radios
All the strange things they come and go, as early warnings
Stranded starfish have no place to hide
Still waiting for the swollen Easter tide
There's no point in direction
We cannot even choose a side
In our view one of, if not 'the' finest lyric ever crafted, just the first line is enough to blow you away! All Deck Officers in the Merchant Navy must hold a Restricted Radio Operators Licence as part of their qualifications, and casting my mind back to that particular course the very first subject was the dissipation of the D-layer which occurs each evening at dusk. This in turn alters the propagation of radio waves as they now have further to travel, but it's the way Gabriel phrases this
"When the night shows the signals grow on radios"
that simply does my head in! Hope it does yours and enjoy the recording.
Peter Gabriel - Link 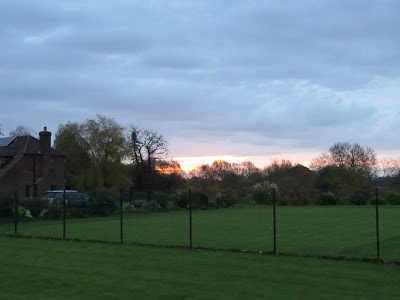 Dawn yesterday was one of the very few moments of the last
3 days when it wasn't raining, and the only time on the day we
got anywhere near a glimpse of the Sun.
Working on the theory that
Every Cloud Has A Silver Lining
we made best haste for all the areas where the flood water would have gathered. 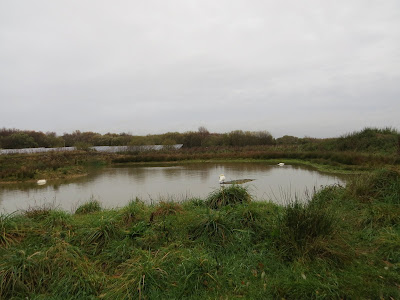 The Irrigation Pond showed a marked increase in depth of water
and and opposite in the number of Wildfowl, not a great start!
The 2 Mute Swans can just be seen, right of picture, but don't
be confused by the 'white blob' left that's the water filter buoy. 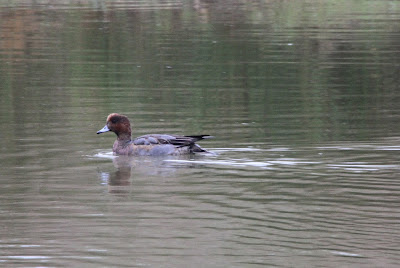 Otherwise it was just this single male
WIGEON 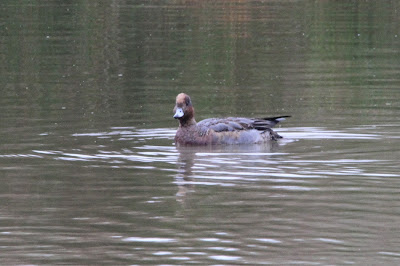 which is certainly taking its time converting to winter plumage.
Although we have 'fed# the pond it may be that the water is now too
deep for the 'dabblers' as there was no signs of life around the corner
at the Gravel Pit.
Joy of joy's at the Moors River as we have now got our 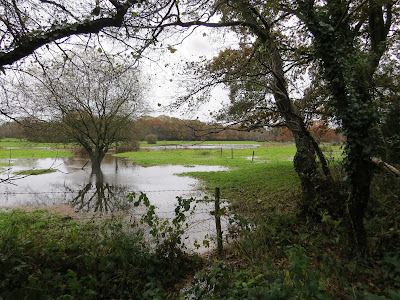 WATER MEADOWS
back and first signs of life were a couple of hundred
BLACK-HEADED GULLS
mostly obscured by bushes and trees. 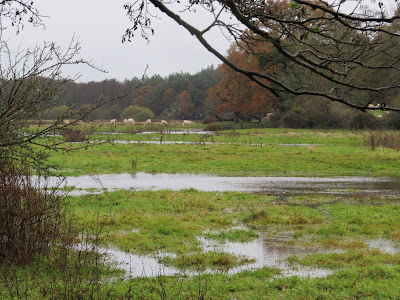 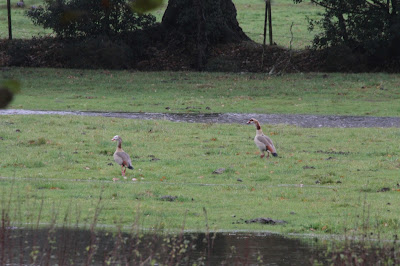 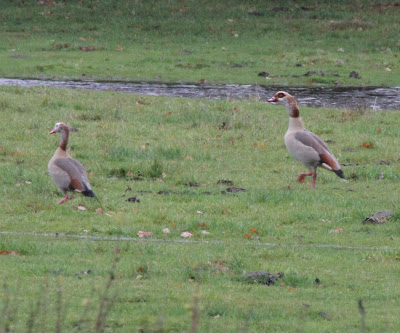 That was our lot for the day but at least it had whet
the enthusiasm, prediction being "it'll be like
Slimbridge Wildfowl Trust
manana"!
It maybe of interest to note that a recent 3 days rainfall pattern here reads:-
19th = 36.8mm, 20th = 14,0mm and 21st = 20.6mm
I took the old track the hollow shoulder, across the water
On the tall cliffs they were getting older, sons and daughters
The jaded underworld was riding high
Waves of steel hurled metal at the sky
And as the nail sunk in the cloud, the rain  was warm
and soaked the crowd
Lord, here comes the flood we'll say goodbye to flesh and blood
If again the seas are silent in any still alive
It'll be those who gave their island to survive
Drink up, dreamers, you're running dry
Posted by Bagsy at 06:09