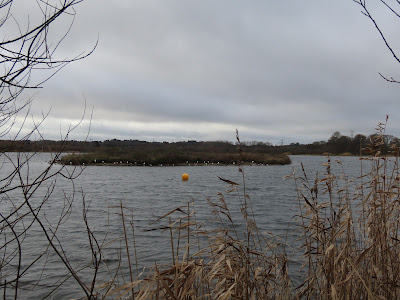 LONGHAM LAKES
which seemed likely to be the best option for getting something in the can, with the first sight being c19 Little Egrets on the main island. Otherwise among something of a dreary mob was this male 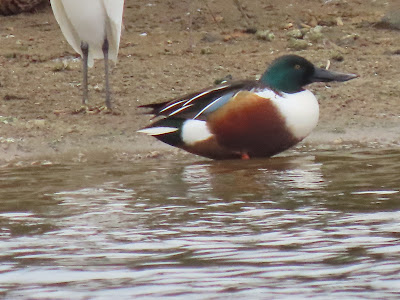 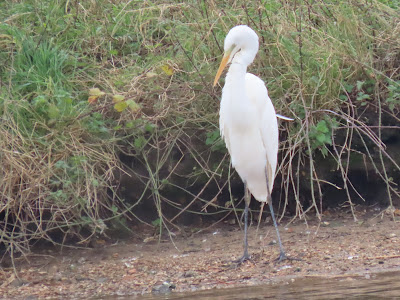 GREAT WHITE EGRET
one of only 2 seen. 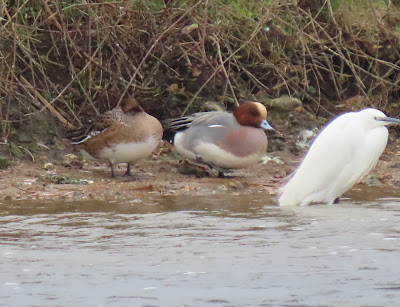 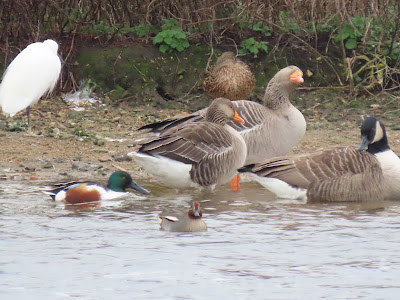 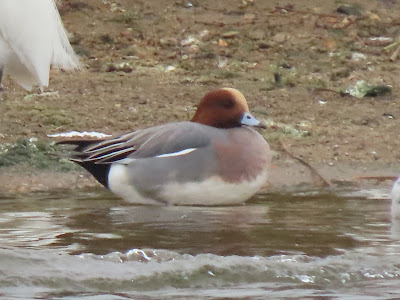 while this loan male WIGEON had not been as lucky as his mate above.
SHOVELER bathing and passing CANADA GOOSE
Finally, as we thought you to have had too much excitement already, the second of the 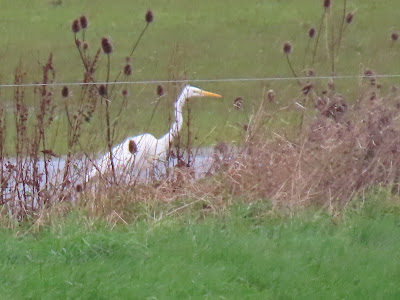 GREAT WHITE EGRETs
on the Hampreston water meadows just before being caught in the latest shower.
Homeward Bound!
Posted by Bagsy at 07:12