Refering to the 'open flight' video clip of yesterday's Airbus we feel sure that most of our diligent Readers must have heard, at the end, the calls of a Wader? 99% sure it was a Green Sandpiper was not enough to commit it to the Year List so consulted 3 friends who all agreed. What a bizarre way to add a further species!

It is far from unusual to hear 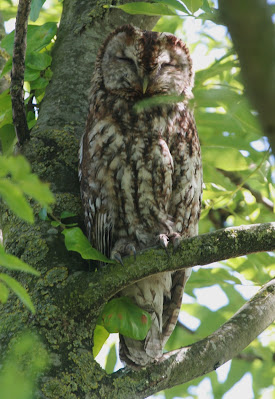 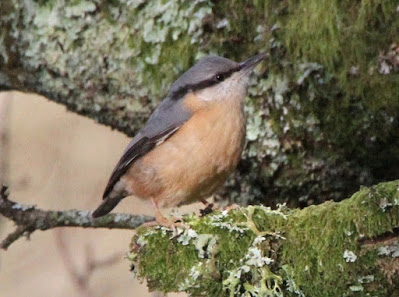 NUTHATCH
joining in at 05:30 is without parallel - a most welcome record and we just cannot resist the 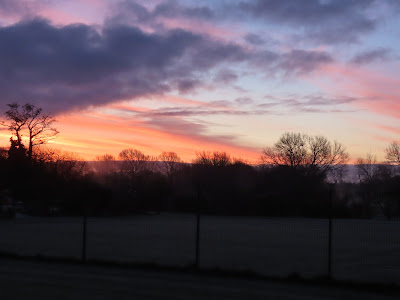 Early Morning Skyscapes
from the doorstep. On the way south, not unusually the 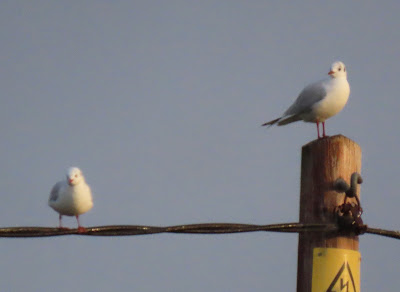 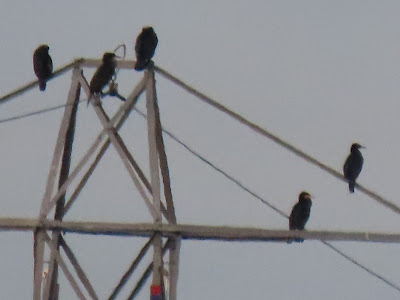 CORMORANTs
a complete 'handful' were noted back a the traditional roost site. 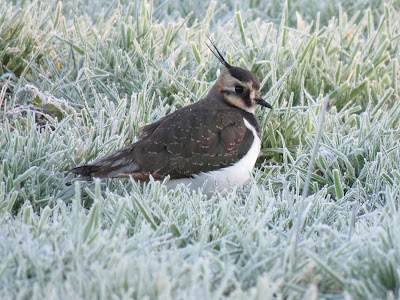 Also in the same area half a dozen 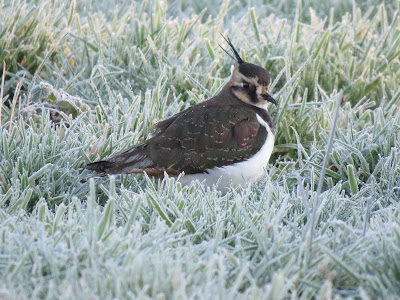 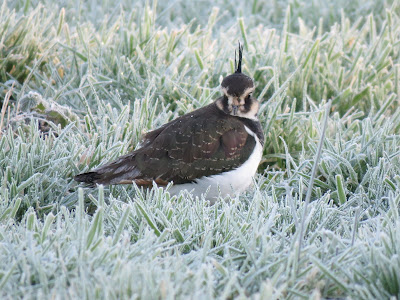 were noted before the frost had time to thaw. 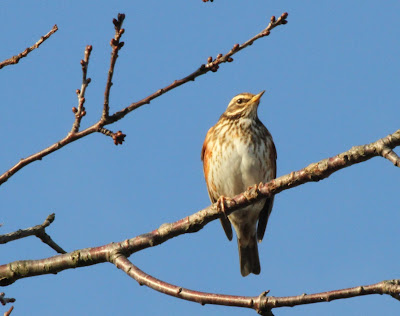 It was up north that the few 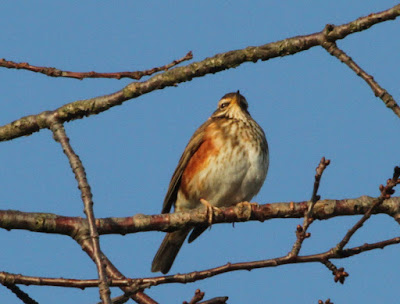 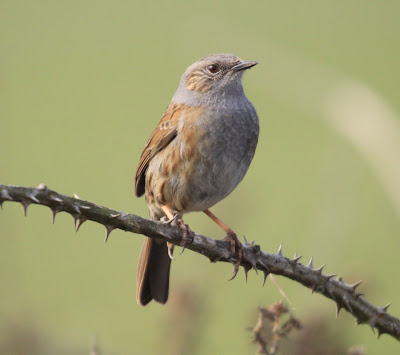 outnumbered by an influx of 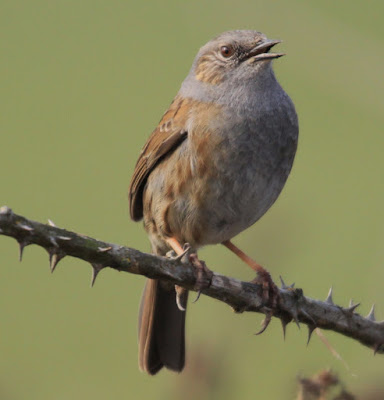 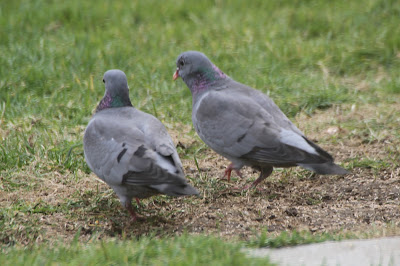 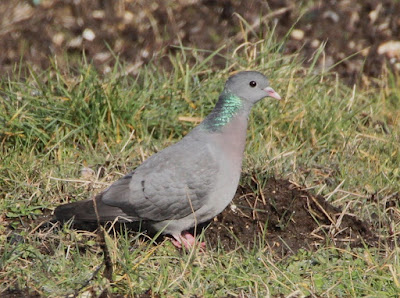 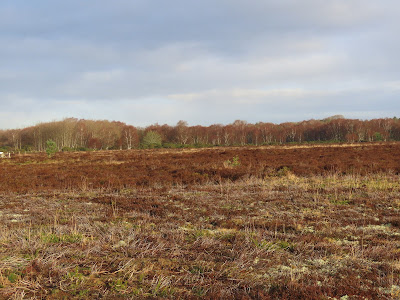 along with the striking 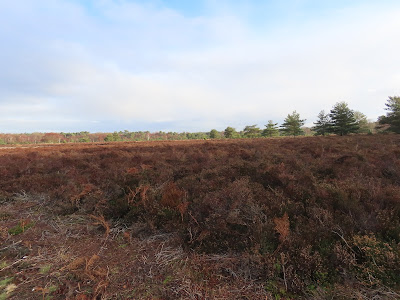 Winter Vistas
It was while clicking these that from a 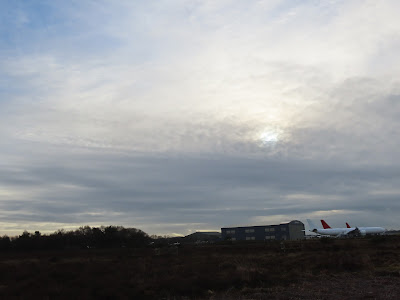 grey and overcast sky blocking out the Sun that a 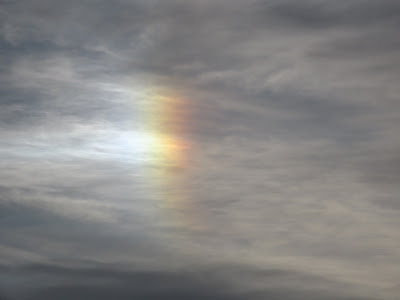 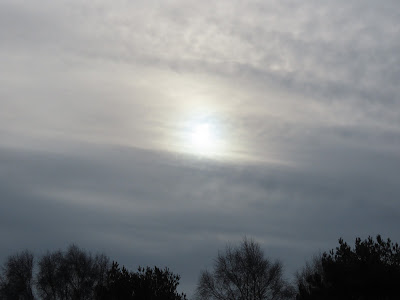 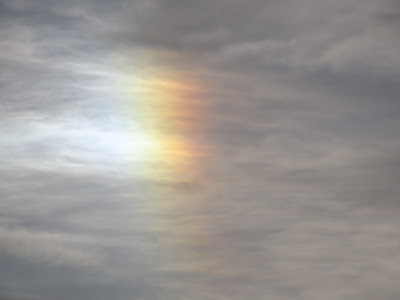 SUN DOG
The current situation, it would seem, (little in the way of Wildlife) has seen the
'Hits Count'
tumble to double figures getting close to being unviable so pulling a Rabbit out of the hat might help?
Of the 2 rarest Birds ever to visit our patch Short-toed Eagle has already featured across these pages but the other, as far as our memory allows has not. It was something of a 'wake-up call' while researching this that it was found to be 'over' 3 years ago that a 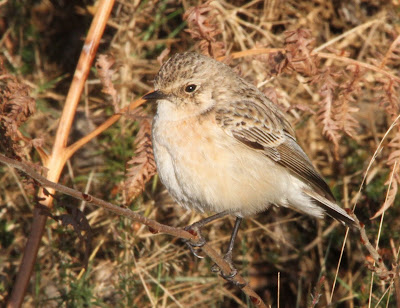 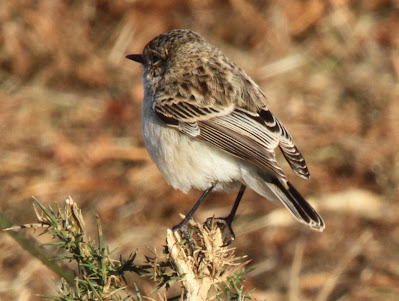 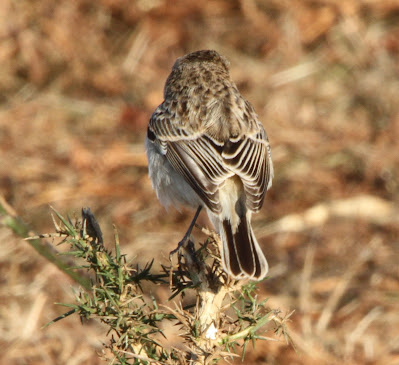 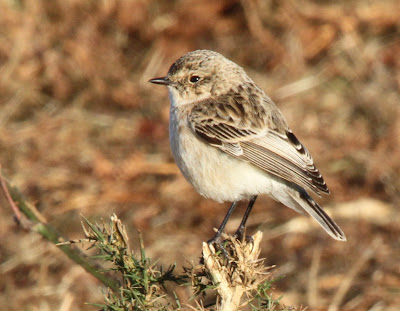 staying for a full 2 days. 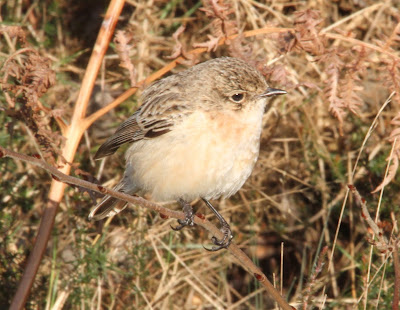 a memory jerker to say the least and even showing the 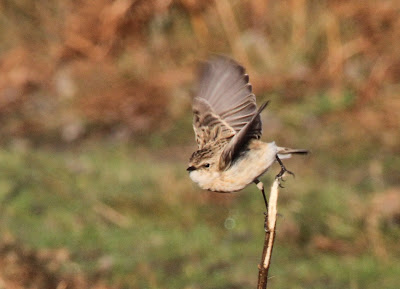 diagnostic dark patch of the underwing.
The videos show this far better which cannot be glued on as oversize.
Posted by Bagsy at 07:43