It was our tardy start to the day that secured the Best Bird of the Year thus far, as by the time we stepped outside of Slight Return II it was full and clear daylight. 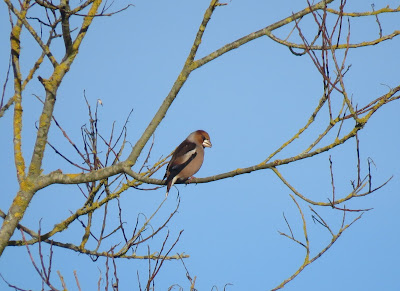 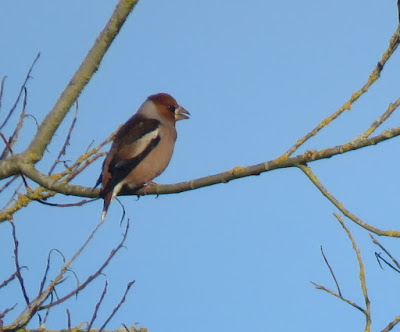 chirrupings of 2 or maybe more
HAWFINCH
It should be pointed out that these birds, however many, were only seen as tiny movements in the tree-tops with identifiction made on 'vocals' alone. 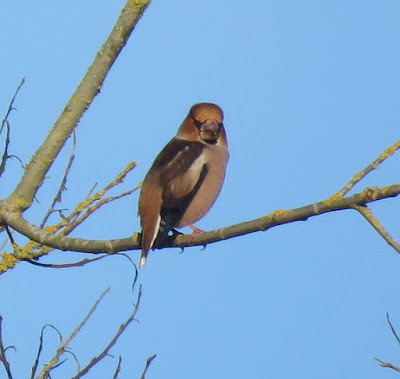 These represented only the 'second' records here since recording began back in 2013,
while the images / video are taken from the archive just to emphasize the occasion and only the second addition to the Year List this month!
It was only while lingering at the stables that it dawned on us how we have neglected the humble 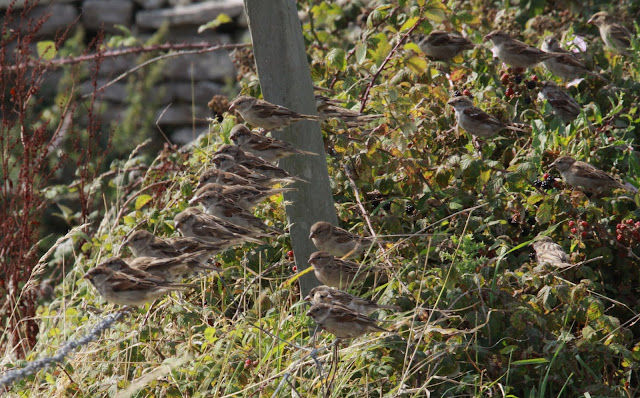 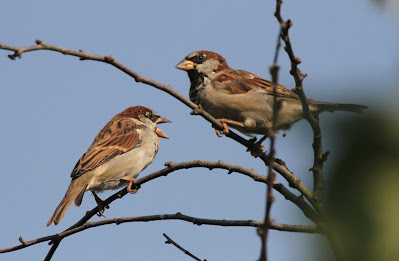 over what has been thus far an 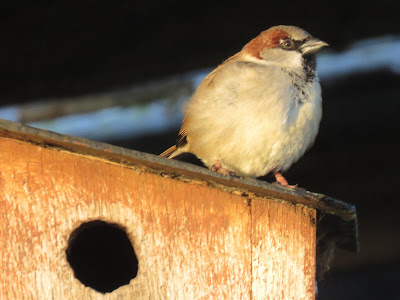 absolute 'bumper' year, dozens upon dozens of the little beauties 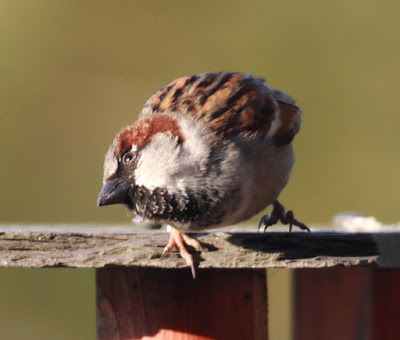 which in turn led us back to the 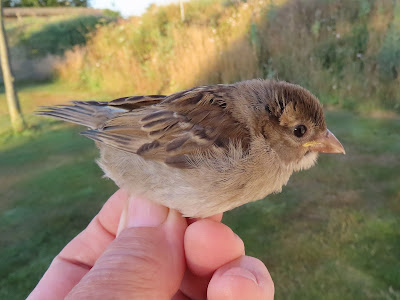 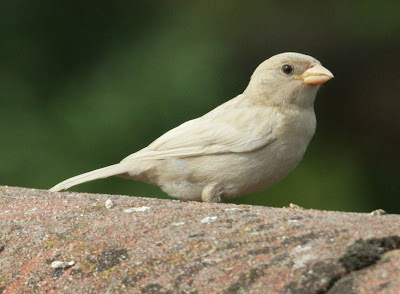 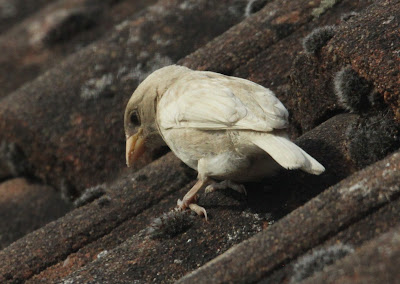 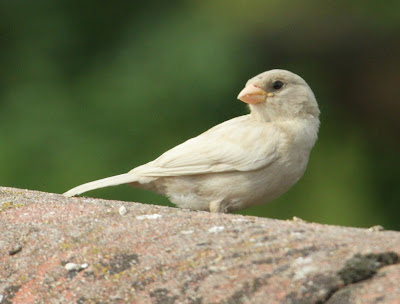 just plodding around on the garage roof.
Just when you thought you'd seen everything??
Getting back to the day in hand we headed south and thought ourself lucky to capture these 5 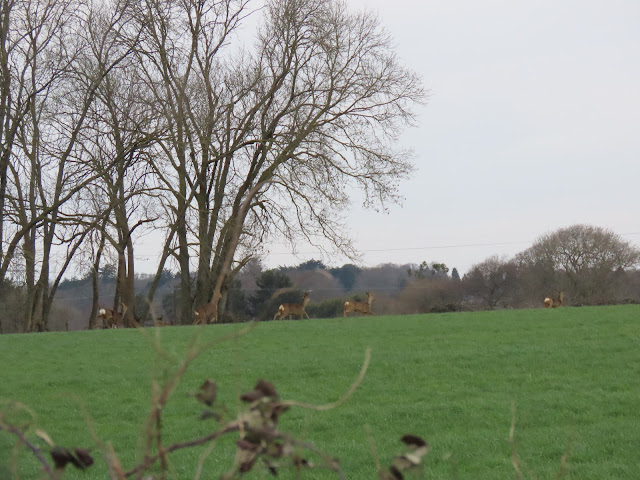 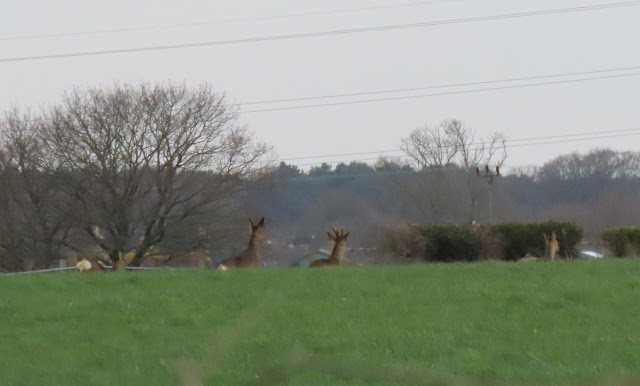 at not only great distance but also in full gallop.
As predicted, gone are the bulk of the Northern Thrushes and Starlings, which may return, with 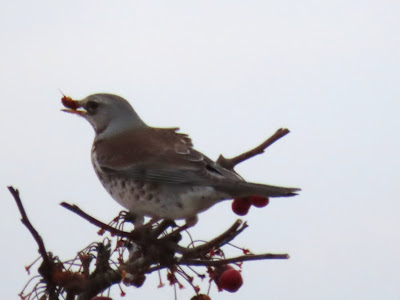 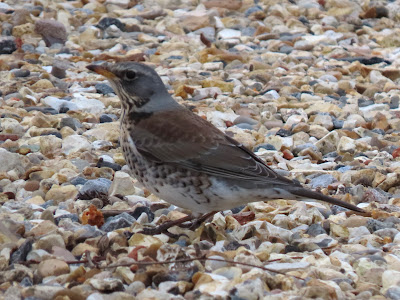 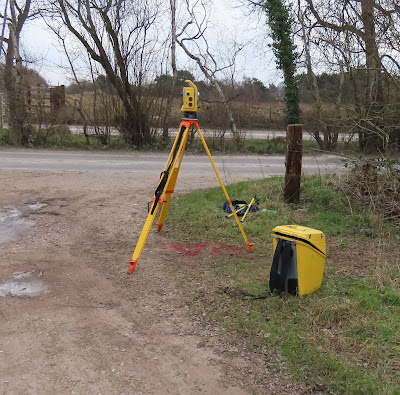 CYCLE TRACK
gets another day nearer, prediction is grubbing out of the hedgerows will be next!
Gazing through the window at the world outside
Wondering will Mother Earth survive

Hoping that mankind will stop abusing her sometime

After all, there's only just the two of us
And here we are, still fighting for our lives
Watching all of history repeat itself 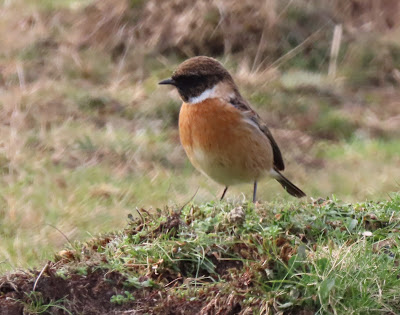 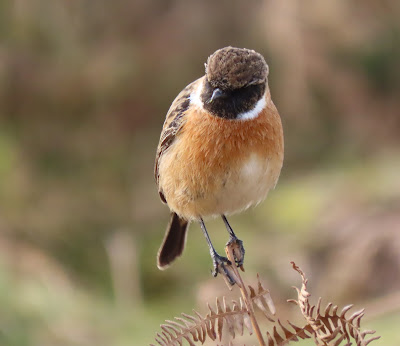 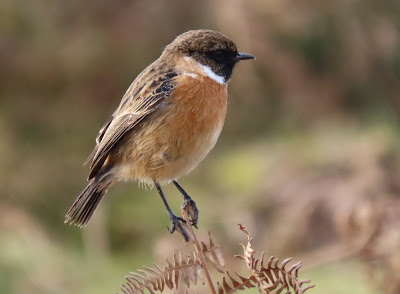 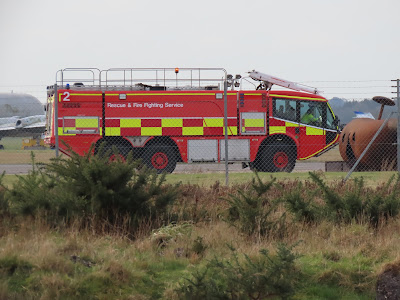 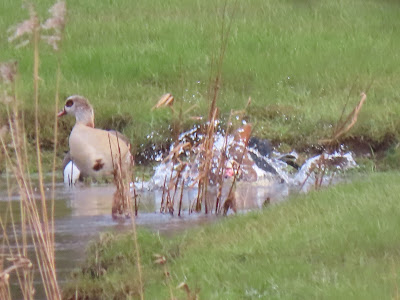 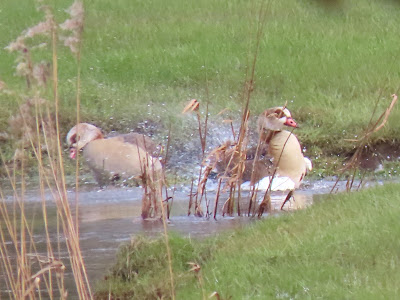 as this pair of
EGYPTIAN GEESE 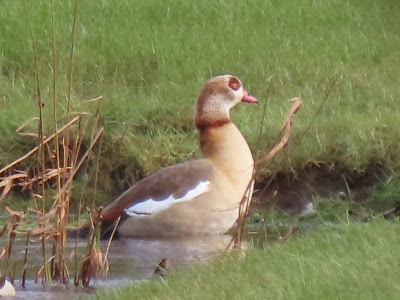 went about their ablutions
along the course of the 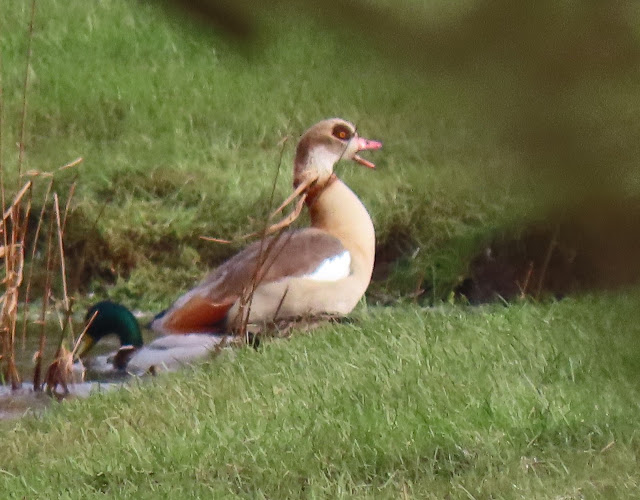 Your higher power may be God or Jesus Christ
It doesn't really matter much to me
Without each other's help, there ain't no hope for us
I'm living in a dream, a fantasy
Oh yeah, yeah, yeah…

By no means an afterthought, but a belated Thank You to our ever increasing and Valued Readership. Someone must be sharing the link as yesterday saw the highest count, in the modern era, with what these days is a huge 1930 recordbreaker. There may be those who have not sent off the link but more hits lead to more momentum so would be pleased if you did so.

MANY, MANY THANKS - Bagsy