Not at all a day for Birds, with not a Northern Thrush to be seen, or any other representative of the Wild World but still we soldier on! That didn't mean 'no action' as there were things to be seen in other directions starting with the now almost mandatory clatter of a 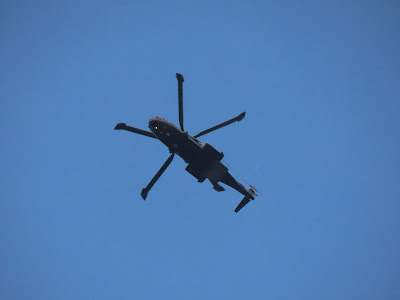 More to keep the finger-tips warm rather than to bring you outlandish birdlife
did we click and vid these 4
MALLARD
at the Main Pond. We do get the odd single now and again at the same location but c4 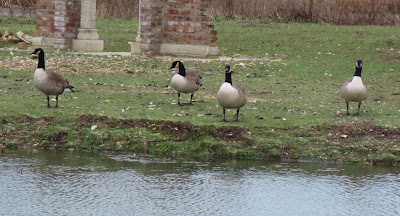 CANADA GEESE
made for a record breaker - but time to head north. en-route we spotted a new 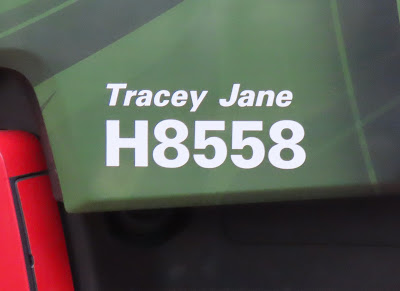 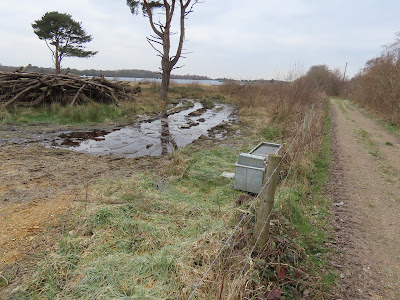 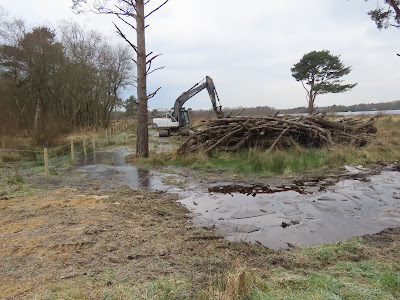 strimming activity on what might be called a relict part of the main heathland,
seperated by the building of the Eco Recycling Works which is surely a minor national asset?
Why the strimming is going on is not known but, over a year ago we were informed that Rare Breed Cattle were to be introduced to this valuable sight. Given the addition of a new water trough (above) the idea may have been regurgitated? 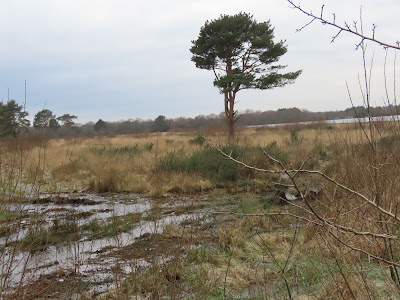 Given the marshy conditions throughout the year this area is little watched, but
Lapwing have been recorded nesting here while the Stewards did succumb to our idea of forming 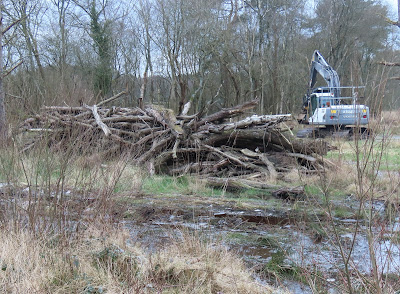 HIBERNACULUMS
out of the felled Scots Pines rather than sending them all to the sawmill.
Birdlife was represented opposite the aforementioned Eco gate by just a single 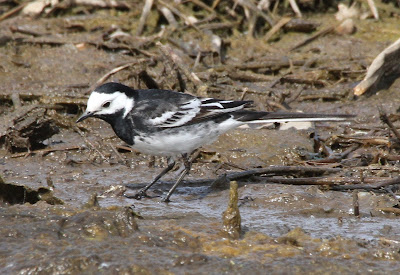 PIED WAGTAIL
along with the smallest 'charm' of 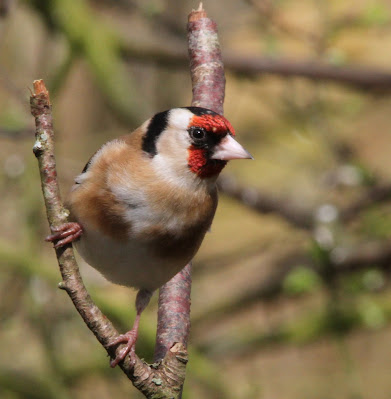 GOLDFINCH
we have recorded this year.
Publishing images of frozen watercourses is unlikely to be the most exciting thing you will see today, but to highlight the point may also have the advantage of introducing a little more of our Recording Area
to our
Valued and Most Welcome New Readers. 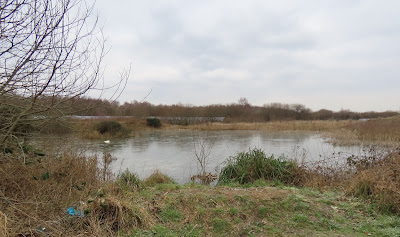 IRRIGATION POND
once used to water a huge acreage of Turf, but now given over to Solar Panels, and where          Little Grebe, Coot, Mute Swan, Reed Bunting et al have bred while seperated from the 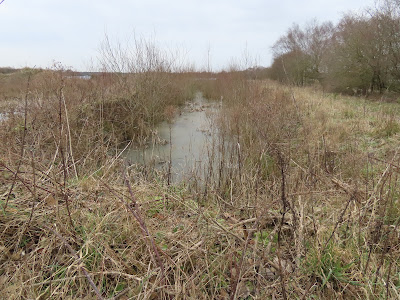 SUBSIDUARY POND
by a narrow bund of earth the winter residence of Water Rail which at the time of writing seems to have abandoned due to the freeze? 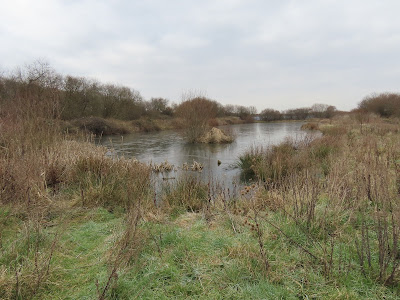 GRAVEL PIT
is the largest of our lakes and who knows what might drop in here? 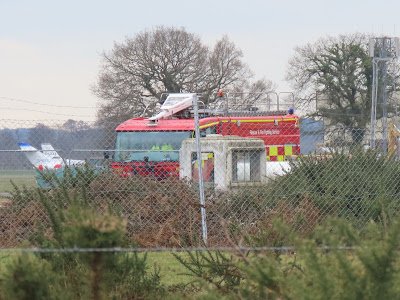 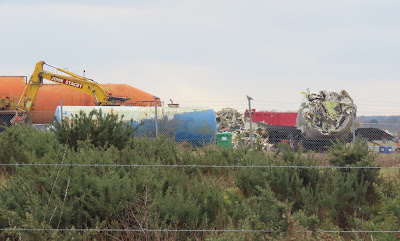 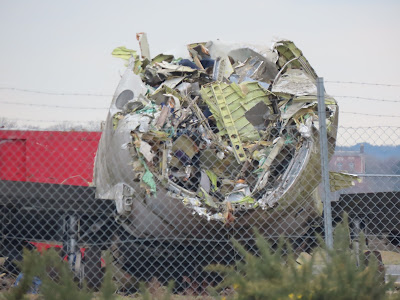 landmark here long, long before my arrival but was an annual nest sight for
Stock Dove, Starling, Kestrel and even a pair of Swallow on a single occassion.
Additionally, they had also resited the 'hulk' that is used for the regular 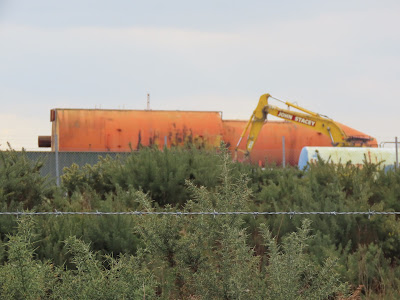 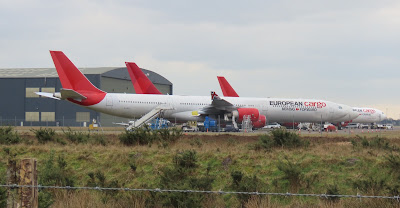 while the AIRBUSs stand in line awaiting their next flight to the Far East.
Always having a song on my case we end with these poignant lyrics from the sensational
Kate Bush

I've pulled down my lace and the chintz
Oh, do you know you have the face of a genius?
I'll send your love to Zeus
Oh, by the time you read this
I'll be well in touch