We were most pleased to meet a Young Lady yesterday, albeit by proxy, but more correctly a girl named Saskia. It was after Victualling Ship that I encountered her Auntie at the checkout who told me she is mad about wildlife, but more particularly Ants! What a coincidence that just the day before we had uncovered the first such nest of the season with these tiny beauties already carrying eggs which we videoed. We dedicate this clip to Saskia, a charming name that we have never come across before, but still pride ourself in being able to sing a recognisable song containing any girls name in the land!

RED ANTS
If anyone would like to pick up the gauntlet in that particular matter simply attach the name via the 'Comments' box at the foot of the page and it's 'Game On'!

Otherwise, there was again a decent enough catch at the Moth Traps starting with a first for the year 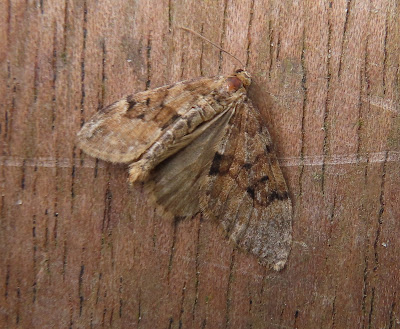 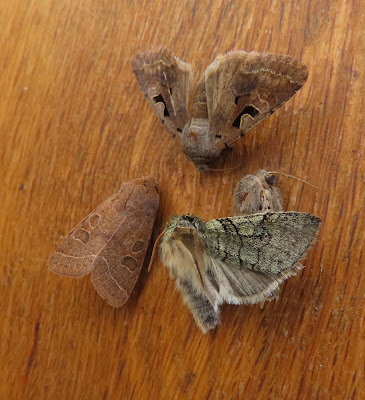 from top clockwise
Hebrew Character, a second mostly obscured,Yellow Horned, which given the wind direction may well have been displaced from the Heath, and a Common Quaker along with a tiny 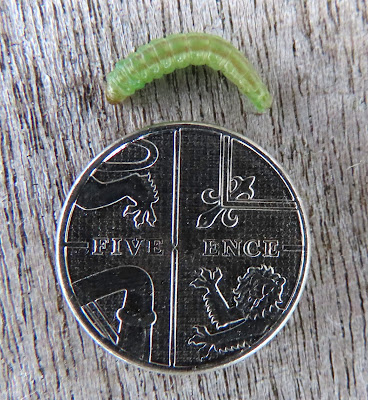 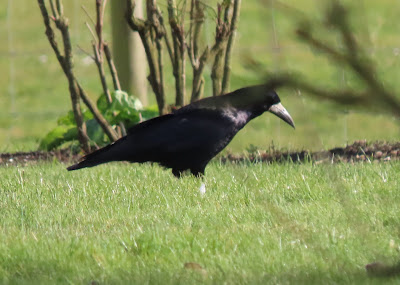 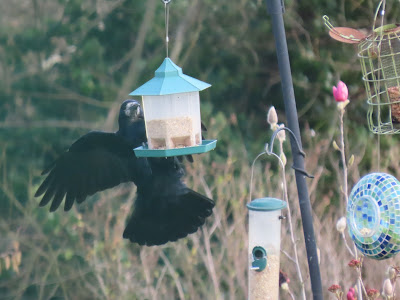 coping with the 'hanging' bird feeders 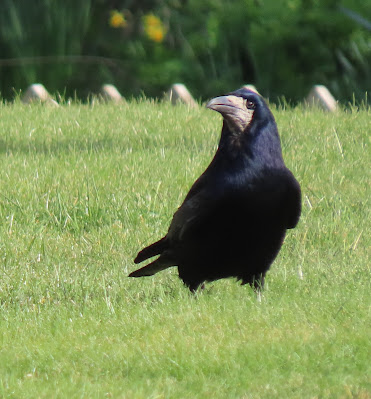 but feel it only a matter of time before videoing?
Not so much bother with the now far more confident local 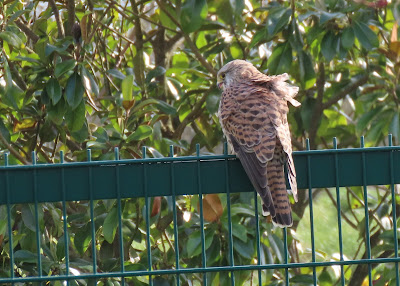 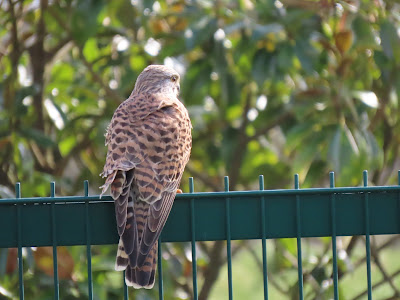 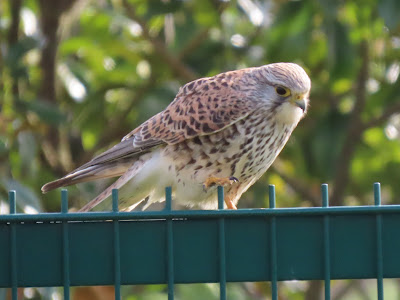 as they get nearer to 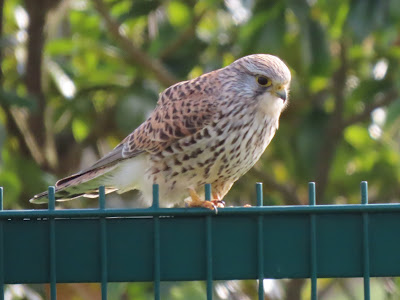 procreation.
Back on the Heath we decided to turn those Reptile Covers not investigated on the previous day 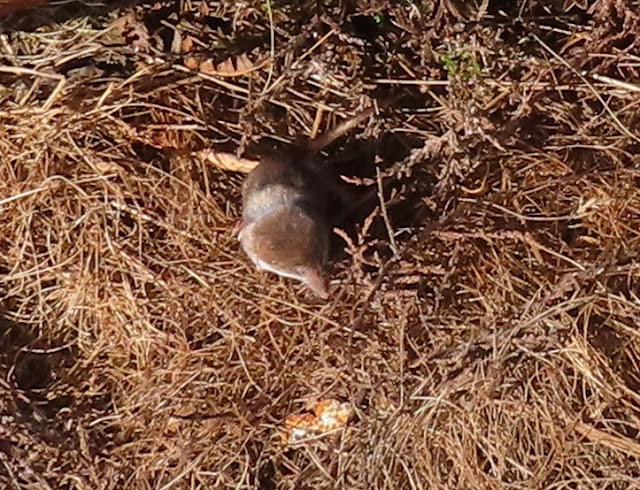 only to find a secondCOMMON SHREW 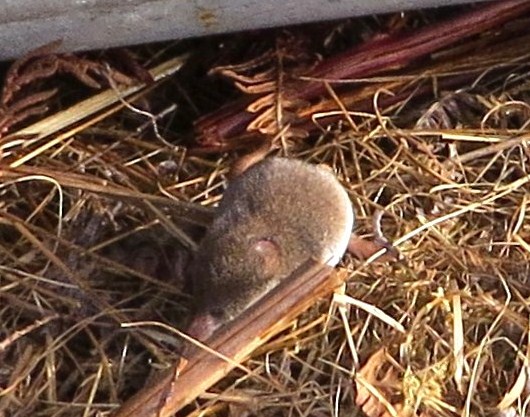 of the year under a different cover altogether some distance away from the first.
Always worth a second look despite also having visited the
Rare Breed Goats Compound
only yesterday, but to be bless in the first instance by a very smartbut somewhat mobile 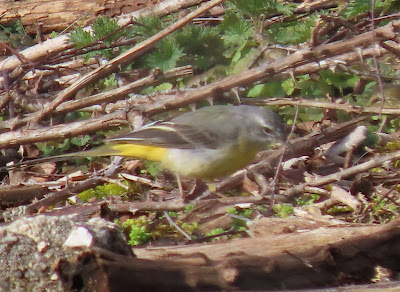 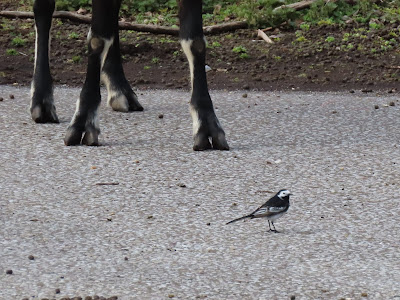 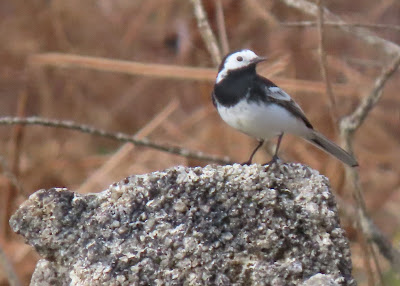 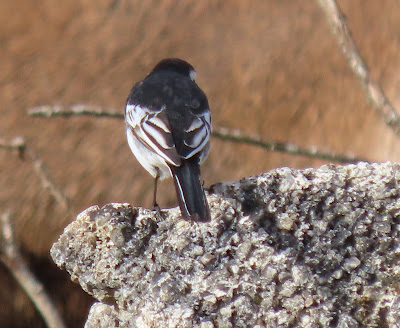 by one of the 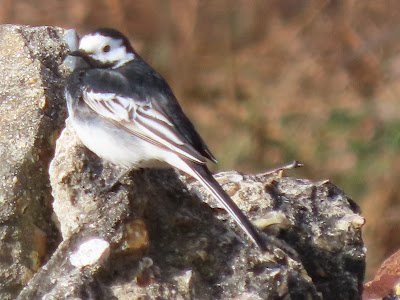 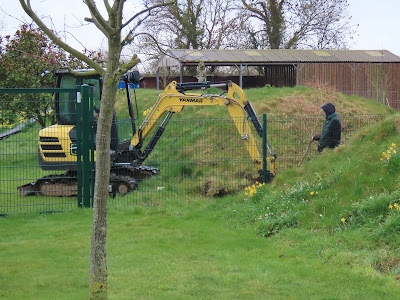 TREE PLANTINGright outside of the door 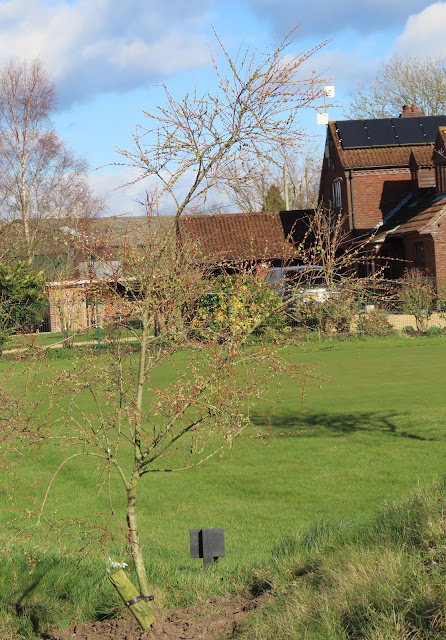 WILLOWs
of sorts?and as if Head Nodding in Approval as 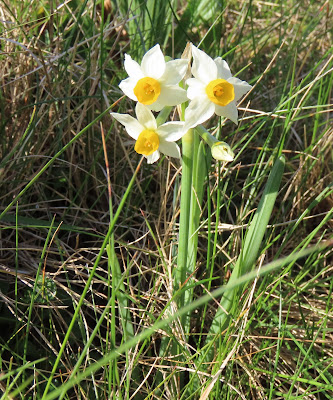 
We watch in reverence, as Narcissus is turned to a flower.
a flower?