West Wind - Sky (the Band that is)

Given the omens from both the 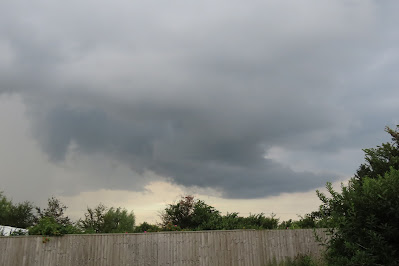 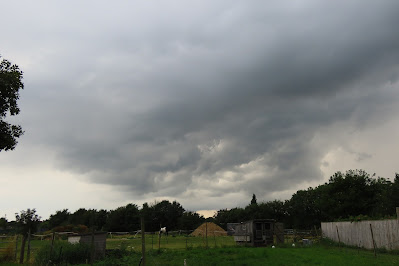 WEST
it was decided not to flash up the Heath Moth Traps but not to be totally faint hearted the c2 on home turf were plugged in. 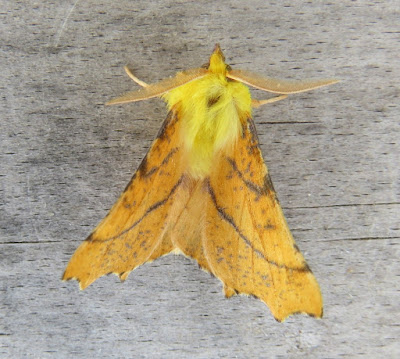 For our efforts we scored this beautifully marked 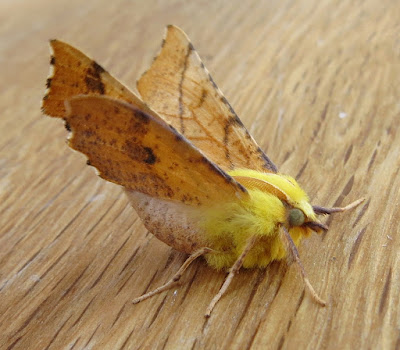 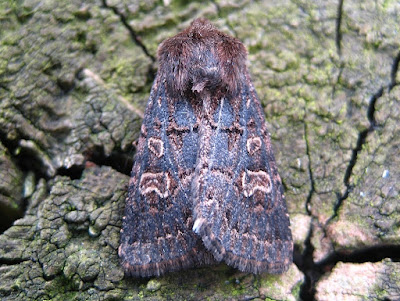 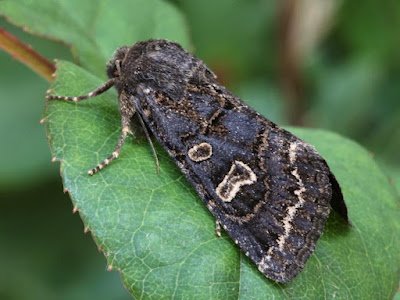 HEDGE RUSTIC
just befre starting to beat ourself up at not running the others.
Straight into then the 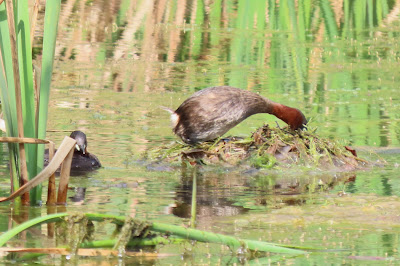 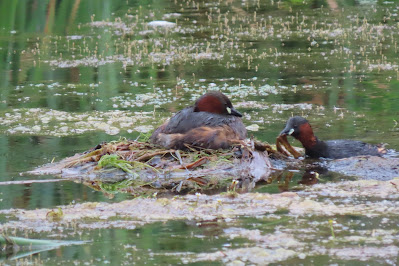 update where our appearance seemed to match that of the other 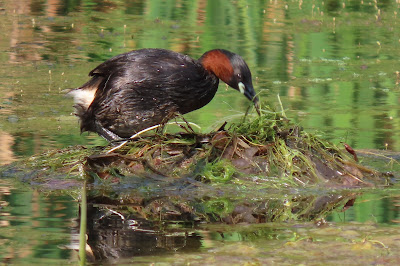 with the additional bonus of witnessing them changing rolls with the darker bird, 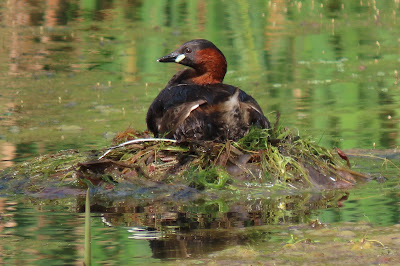 we cannot sex them, settling down to a spell of incubation.
Heading for the Heath we made a brief stop at the more northerly 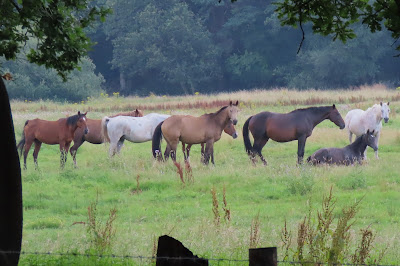 Horse Paddocks
where we immediately switched into
George Stubbs Mode
although he never painted them quite as good as this?
At the gate and with much improvement in the weather we again noted the 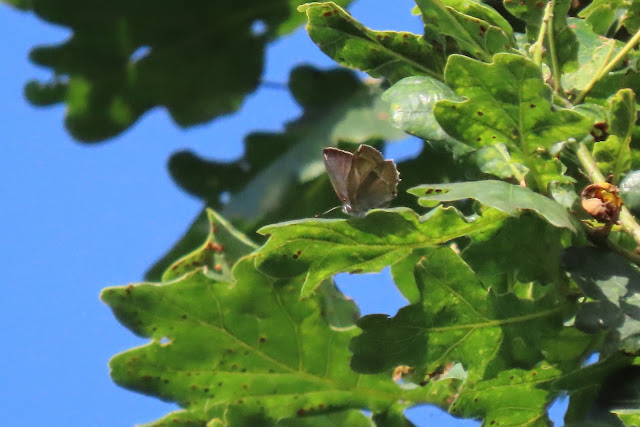 PURPLE HAIRSTREAKS
flitting around the crown of the Mighty Oak along with a timely reminder that we had not, up to this point, featured one of Dave's finds across the recent Moth Weekendthe 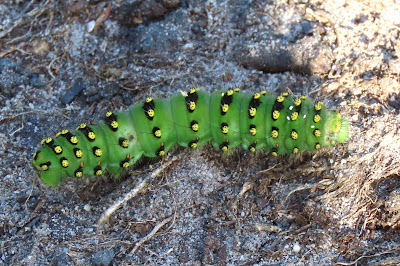 Larvae / Catterpillar of the magnificent 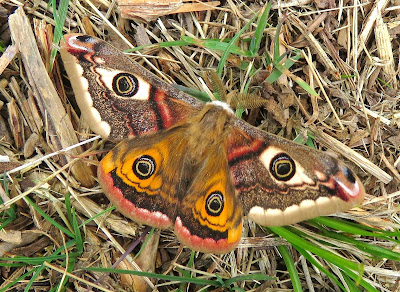 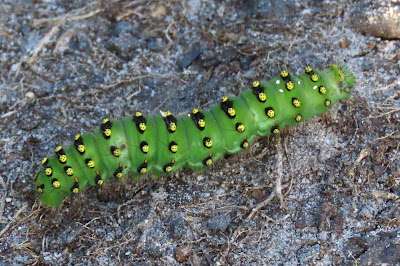 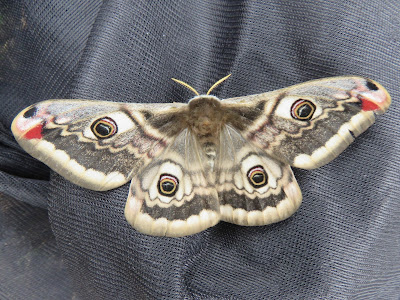 EMPEROR MOTH female
which we have seen the last of for 2021 as flight period being April and May.
All things come to those who wait, but it seems to have been a long time since the 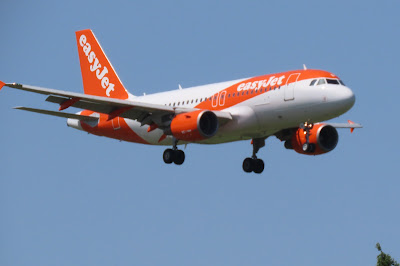 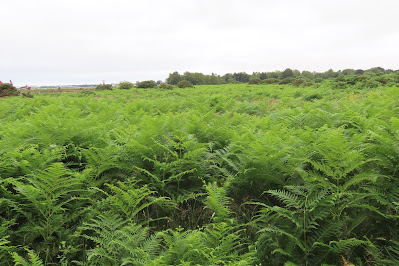 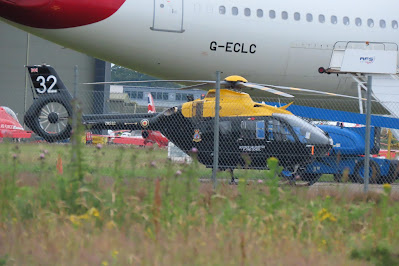 another stranger in the camp.
Like myself you may just pass it off as the dedicated
Police Helicopter
but looking a little closer 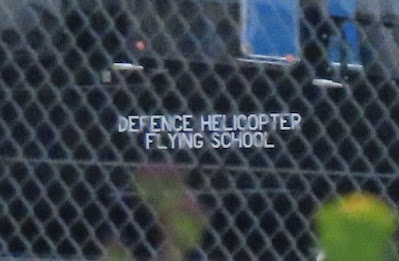 this was noticed, and to continue the theme and end this Post the 'all white' 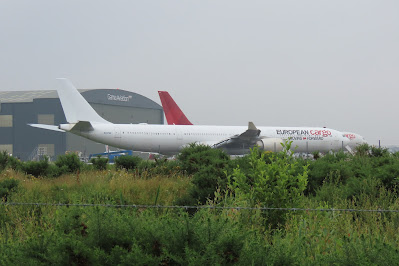 AIRBUS'S
are also back in opperation.
Posted by Bagsy at 06:50