Yo Ho Ho it's Portland Bill

Saturday and another day, another drive to Weymouth and another jab, this time flu and making me feel rather like Eric Bristow’s practice dart board. The discission to make an early start, despite the dark, proved to be prudent as the first delay was just 10 miles ahead with a fallen tree at Corfe Mullen and the de-toure involving 2 further alterations of course for the same reasons! A little more to it than that as with formalities over it was a meet up with Dave Foot in the Ferrybridge car park. There, despite the 40 knot wind along with sporadic showers were found a number of Wading birds in total 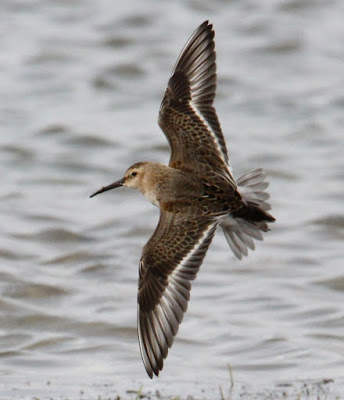 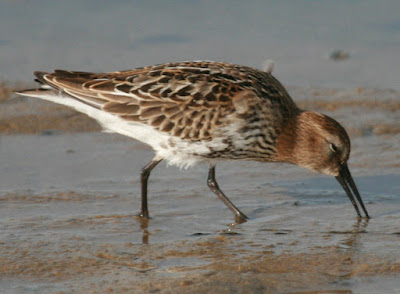 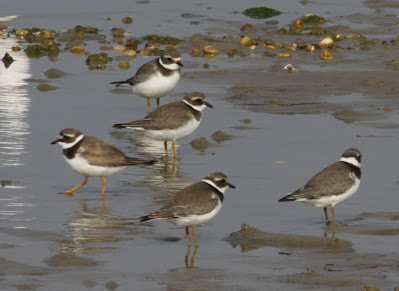 a small group of 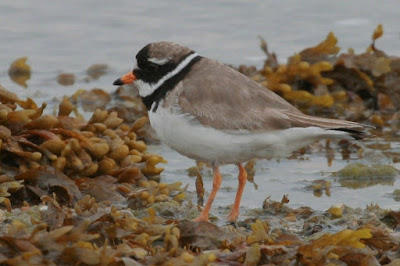 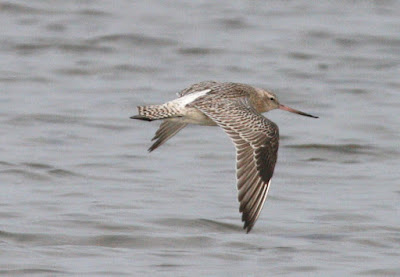 along with a couple of 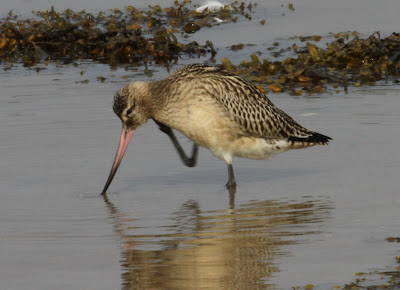 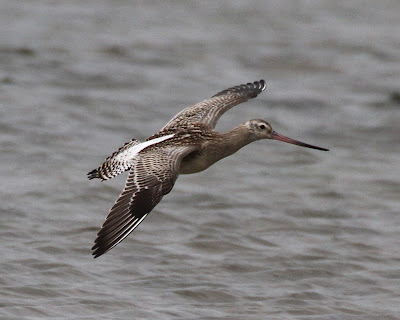 before seeking the lee of 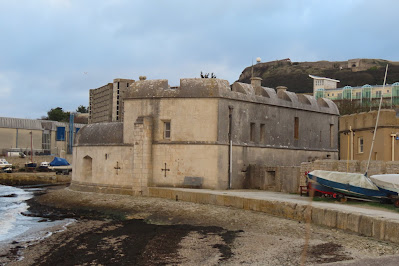 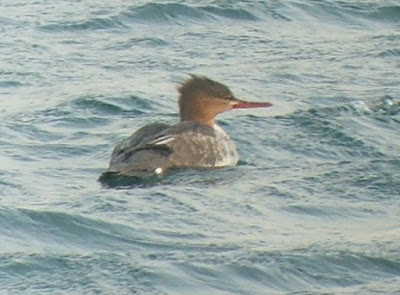 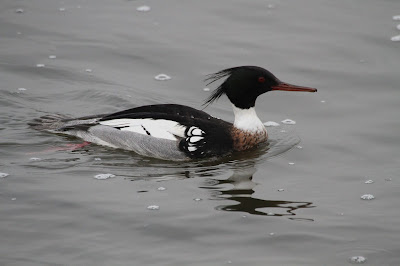 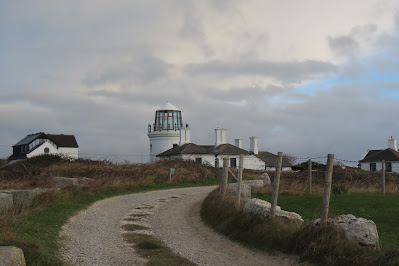 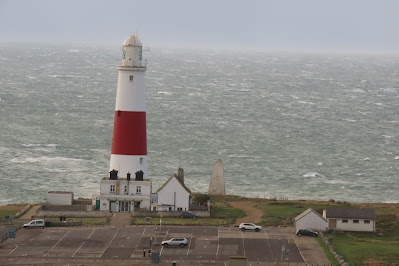 overall picture which, if nothing else was a bit of a waste of time, save for the usual best view of the active and junior of the 3 navigational aids. 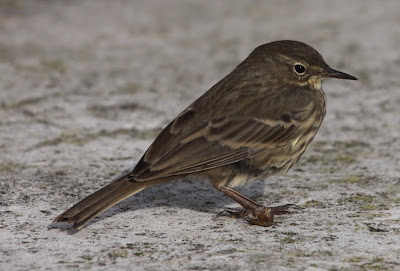 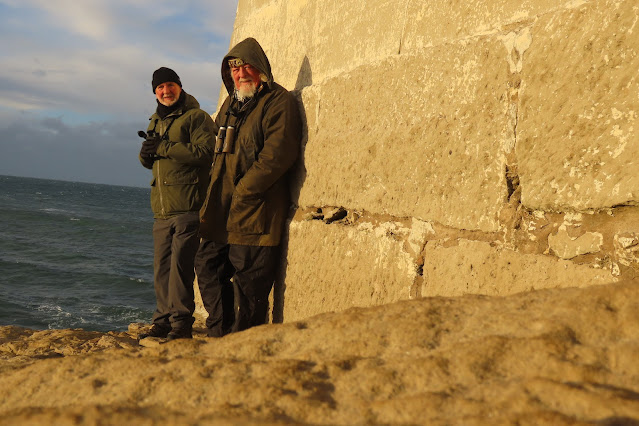 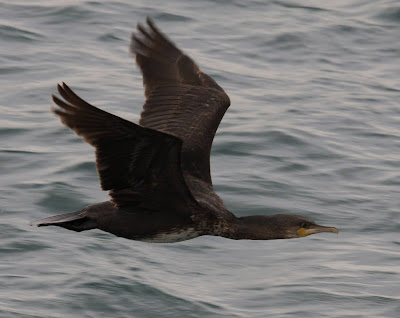 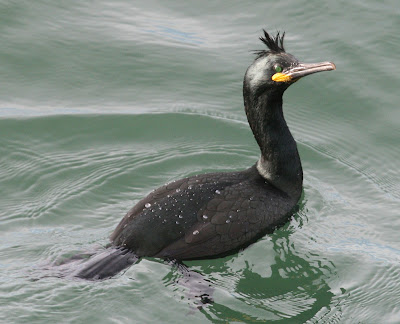 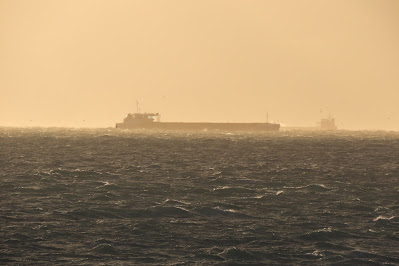 SHIP's that PASS in the DAY
while walking east in flight 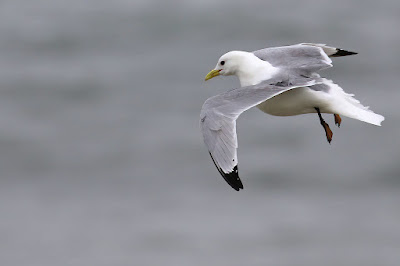 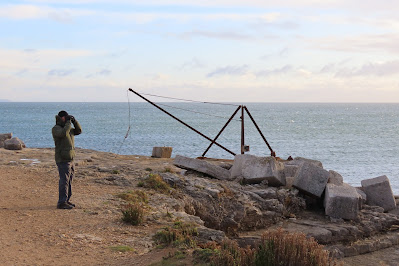 one of the 3 Crab / Lobster boat hoists, 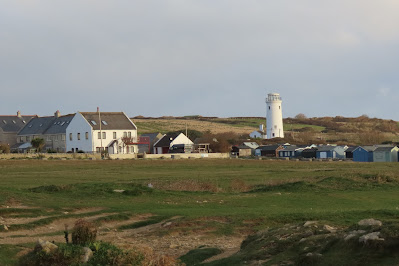 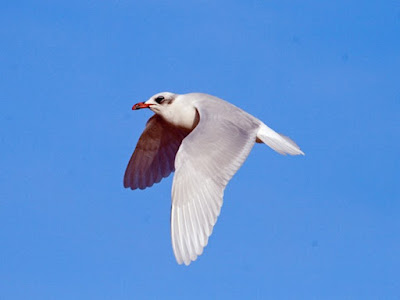 MEDITERRANEAN GULL
High, if not Top of the also rans, were the new benches fashioned from 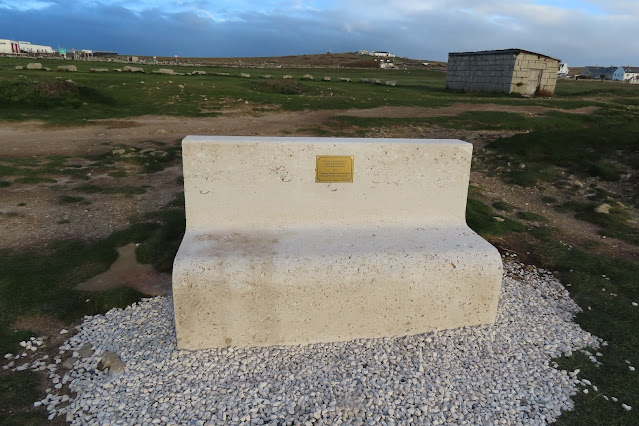 Roach Stone
which if we remember rightly is the final layer before reaching the most valued Cap Stone, and full of minute fossels, famous throughout the world for the contruction of numerous and impressive buildings.
It was during my time living on Portland that 'roach' started to be used for such decoration as hotel reception desktops etc, but there is also a large building somewhere in the capital (memory fails me) that if fully cladded with it. We thought, finally, that just the briefest of encounters with a 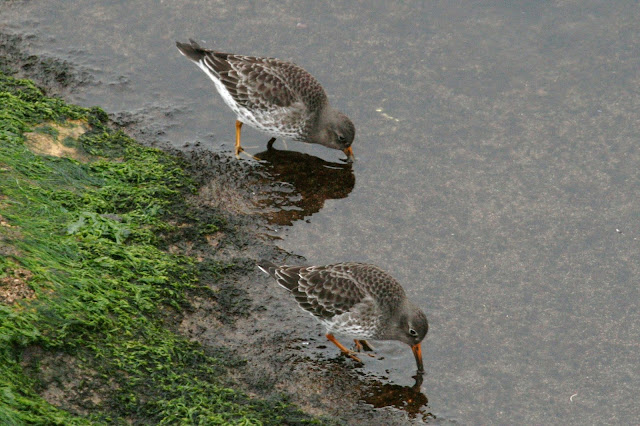 PURPLE SANDPIPER
might be the end of it, but no as we jammed into one of the 2 semi-resident 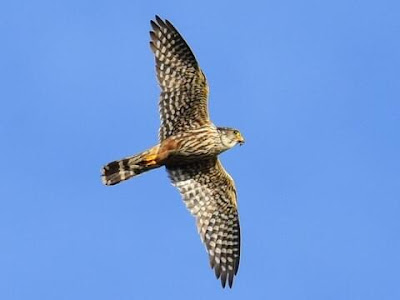 MERLIN
on wandering back to the car, and hopfully we will have Part II for you tomorrow.